Mockingjay – Part 2 Hangs On Yet Again 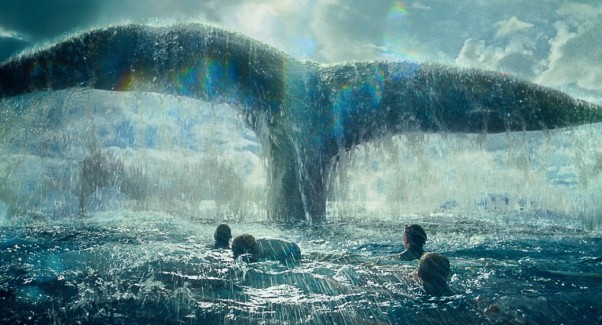 In the Heart of the Sea, Ron Howard’s Moby Dick movie, can in a disappointing second. (Photo: Warner Bros. Entertainment)

The Good Dinosaur finished in third with $10.31 million. The 3D computer animated film from Disney and Pixar stabilized last weekend, down 33 percent. Historically, animated films experience strong holds on the heels of sharp post-Thanksgiving fall-offs. Despite last weekend’s hold, the film has grossed a softer than expected $89.48 million in 19 days. It will obviously face much tougher competition next weekend with both The Force Awakens and 20th Century Fox’s Alvin and the Chipmunks: The Road Chip entering theaters.

Warner Bros. and MGM’s Creed claimed fourth place with $10.12 million. The critically acclaimed seventh installment of the Rocky franchise was down a solid 32.5 percent. Creed has grossed a stronger than expected $79.32 million in 19 days. The film is currently running 31 percent ahead of the $60.64 million 19-day take of 2006’s Rocky Balboa, which fell 43 percent in its third weekend to gross $6.02 million. With the holidays still ahead, Creed should hold up better going forward than Rocky Balboa as a Christmas weekend release did.

Krampus rounded out the weekend’s top five with $8.42 million. The holiday themed PG-13 horror film from Universal Pictures was down 48 percent from its opening weekend, which represented a respectable second weekend hold for a horror film. Krampus continues to exceed expectations with a 10-day start of $28.56 million.

In limited release, Paramount Pictures’ The Big Short was off to a terrific start $705,527 from just eight locations. That gave the Adam McKay directed ensemble comedy-drama an impressive average of $88,191 per location. The movie appears to have been aided by strong critical reviews and by having received four Golden Globe nominations on Thursday.The Big Short is scheduled to go into wide release on Dec. 23.