The Rise of the Man-Gagement Ring

During the twenties, we saw the jewelry industry trying to sell pre-wedding items designed for men. It was a failure. Nowadays, the trend is coming back and this time it will not fail. We are faced with egalitarian standards in marriages that are constantly becoming more popular. It is not at all difficult to find handmade engagement rings for men and even large jewelry manufacturers that have such items in stock. 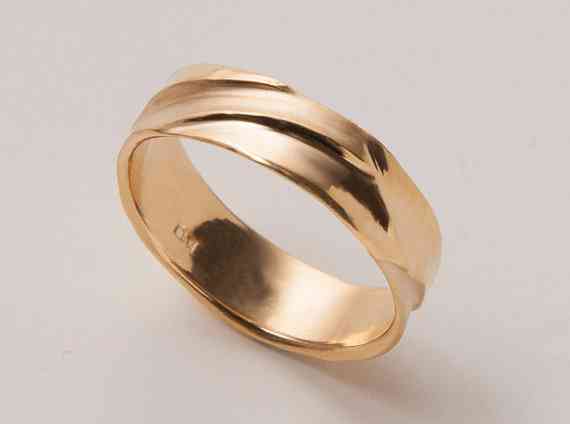 People rarely talk about engagement rings for men but when this happens, we hear talk about tradition not about rarity or beauty. At the same time, there is a constant increase in the mentions related to equality. We live in a modern age, one that sees both genders having equal rights. Buying just one ring is seen as incompatible with the equality standards.

At the moment, engagement rings for men are not at all popular. Only about 5 percent of men now wear such a ring. Even if the percentage is small, it is still higher than what many think since it is seen as non-traditional.

What is interesting is that we now see many jewelers that have started designing and selling man-gagement rings. This is because they realize that the trend is growing. While such bands appeared about 50 years ago, it is only now that they are becoming popular, especially with the rise of the equality movement and same sex marriages. In many situations such rings are also being used as wedding bands. Men basically get the wedding ring at an earlier time.

In most cases, a man-gagement ring is sold and worn when the woman proposes. However, after the man accepts, it is common to see him buying an engagement ring for the woman soon after.

Statistics show that about 70 percemt of men are open to being proposed to and see it as something that could happen. However, only 15 percent of men say that they are willing to wear a man-gagement ring. Even if the number is small, it is growing, thus creating a large demand in the jewelry industry. In fact, stocks and orders for engagement rings for men have been on a constant rise in the past few years.

Celebrities clearly endorse the trend, and this is a huge part of the growing popularity of the engagement ring for men. Two examples that are really well-known are David Otunga and Michael Buble. At the same time, we also see some parts of the world where tradition dictates that men wear engagement rings before marriage with Argentina being the best known example.

The problem with the campaigns run in the twenties was that the wording was not great and equality was not a reality. This is no longer the case. Even if jewelers and consumers did not fully embrace this trend, we are, most likely, just years away from it as new marriage traditions are being developed based on modern values.