Being bullied in childhood has been associated with increased risk for anxiety, depression and even eating disorders. But according to new research, it’s not only the victims who could be at risk psychologically, but also the bullies themselves. 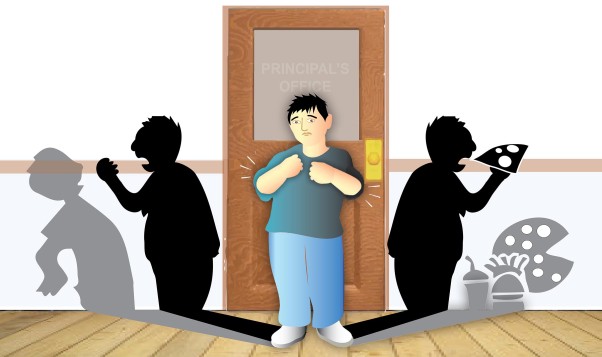 Researchers at Duke Medicine and the University of North Carolina School of Medicine were surprised to find that in a study of 1,420 children, those who bullied others were twice as likely to display symptoms of bulimia, such as bingeing and purging, when compared to children who are not involved in bullying. The findings are published in the December issue of International Journal of Eating Disorders.

“For a long time, there’s been this story about bullies that they’re a little more hale and hearty,” said lead author William Copeland, associate professor of psychiatry and behavioral sciences at Duke University School of Medicine. “Maybe they’re good at manipulating social situations or getting out of trouble, but in this one area it seems that’s not the case at all. Maybe teasing others may sensitize them to their own body image issues, or afterward, they have regret for their actions that results in these symptoms like binge eating followed by purging or excess exercise.”

The findings come from an analysis of interviews from the Great Smoky Mountains Study, a database with more than two decades of health information on participants who enrolled at age 9. The data is considered a community sample and not representative of the U.S. population, but offers clues to how children ages 9 to 16 could be affected.

The researchers were not surprised to find that victims of peer abuse were generally at increased risk for eating disorders. Children who were victims of bullying were at nearly twice the risk of displaying symptoms of anorexia (11.2 percent compared to 5.6 percent of children who were not involved in bullying) and bulimia (27.9 percent compared to 17.6 percent of children not involved in bullying). 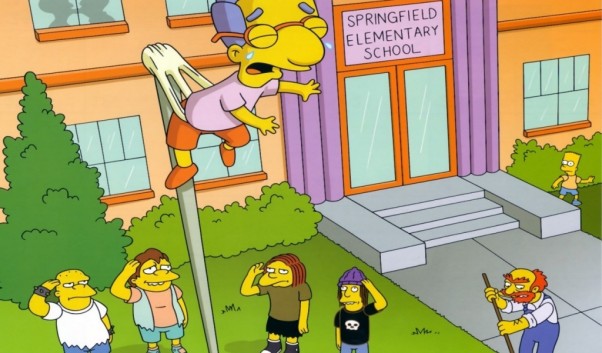 Nearly double the number of children who were bullies showed symptoms of bullimia than non-bullies.
(Illustration: Matt Goering/The Simpsons)

But the impact of bullying behavior on those who were bullies was also significant, with 30.8 percent of bullies having symptoms of bulimia compared to 17.6 percent of children not involved in bullying.

All of these behaviors can have devastating effects on the long-term health of children, said Cynthia M. Bulik, a professor of eating disorders at the UNC School of Medicine and a co-author.

“Sadly, humans do tend to be most critical about features in other people that they dislike most in themselves,” Bulik said. “The bullies’ own body dissatisfaction could fuel their taunting of others. Our findings tell us to raise our vigilance for eating disorders in anyone involved in bullying exchanges — regardless of whether they are the aggressor, the victim or both.”

Although many children experience lifelong effects, many appear to cope and succeed after such experiences, Copeland said. He and colleagues are examining many factors, including looking at financial and educational outcomes, and even if bullying or being victimized is associated with genetic biomarkers.

“We want to do a better job of understanding why some people are able to experience the same things as others and be able to get through them without the same consequences,” Copeland said. “We really need to understand the resilience in those who have been bullied. That can help us determine the children who are going to need the most attention, and how we can promote those traits in others to increase their resilience.”