Alexandria Restaurant Partners – the group behind the newly opened Lena’s Wood-Fired Pizza & Tap, Virtue Feed & Grain and the Majestic Café as well as Shirlington’s upcoming Palette 22 — has bought a majority stake in The Waterfront Market & Café, 7 King St., Alexandria, from founder Jody Manor, who also owns Bittersweet Bakery & Café in Old Town. The 3,900 square-foot restaurant closed Tuesday and is scheduled to reopen as in May following the $2 million-plus renovation as a yet-to-be-named casual seafood restaurant with an expanded kitchen and a full service bar. 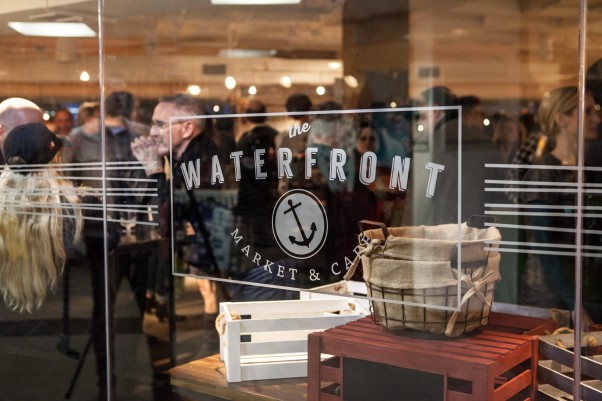 Waterfront Market & Cafe has closed and will reopen in the spring as a casual, seafood restaurant from Alexandria Restaurant Partners. (Photo: Moxie Sox Photography)

“ARP is excited to partner with Jody Manor on this project,” said ARP managing partner David Clapp. “Jody was an early believer in the potential of the waterfront to be a vibrant gathering place. Now with more public space coming soon, the potential is even greater. We look forward to creating another unique, fun concept for locals and tourists to enjoy the waterfront on King Street.”

The 125-seat quick-serve café and market, steps away from the historic Torpedo Factory Art Center, Alexandria Waterfront Parks and the City Marina, opened in November 2013 and served snacks, salads, flatbreads, sandwiches, sushi and beer via counter service along with groceries in the market area.

The new restaurant reportedly will have 222 seats inside and along the waterfront. It will also take over Khalsa Jewelers, which will close after the holidays, next door to expand to 4,900 square feet. It will also have a 25-seat bar, as well as a raw bar.

“This is a work in progress and the name has not been chosen, but we can confirm we plan to create a seafood-focused dining destination, with a raw bar element that will serve lunch, dinner and weekend brunch,” Clapp said. “Craft beers and seafood are a natural pairing and we’ll celebrate our waterfront heritage with a collection of signature rum-based cocktails and frozen drinks.” 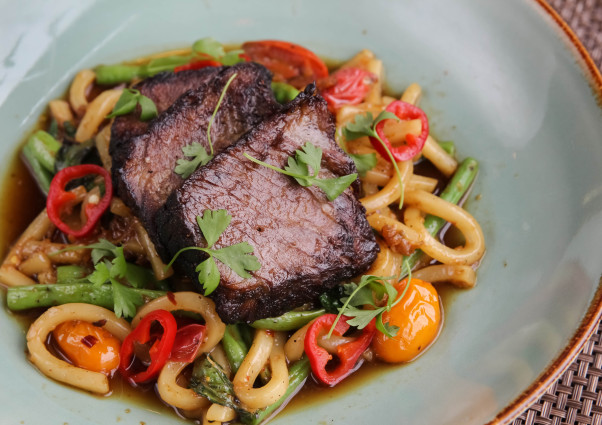 Chef de cuisine Jason Streiff has created dishes that showcase the story of Asia’s distinct flavors. Dishes are marked with a “新,” the Chinese character meaning “new” noting that they are exclusive and available for a limited time.

Turkish wines are experiencing a renaissance, and Ankara, 1320 19th St. NW, has introduced a new wine list with an emphasis on lesser-known indigenous grape varietals and wines of the region. The new wine list emphasizes Turkish wines as well as wines from Greece, Georgia and Italy. 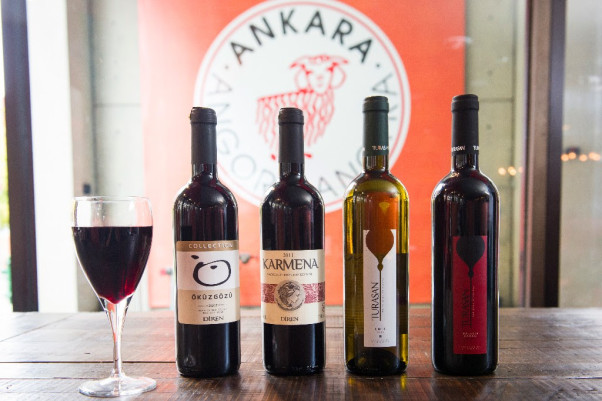 Ankara has a new wine list that emphasizes wines from Turkey and the region. (Photo: Ankara)

Grape varietals found solely in Turkey such as Emir, Narince, Kalecik Karasi, Boğazkere and Öküzgözü are a few of the lesser-known varietals found on the list. Ankara partnered with sommelier Andrew Stover to create the curated list.

“Many of the Turkish wines on the new list are indigenous grape varietals that are unknown to most guests, but offer comparative flavors to some of the internationally known grape varieties with which they are familiar,” Stover said. “So the list is organized by flavor profile and includes short flavor descriptions for each wine to make it easy to understand the wines.”

In a nod to the viticulture of the Mid-Atlantic region, the list also includes selections from local winemakers.

To encourage guests to explore these new wines and varietals, all wines by the bottle are half price on Monday’s and a selection of wines by the glass are available during happy hour from 5-7 p.m. Monday through Friday for $5. Happy hour drink prices are also available from 11 a.m.-4 p.m. Saturday. 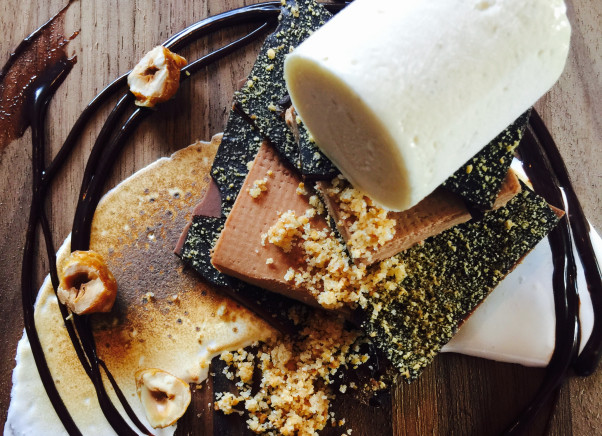 Served in a bell-jar-shaped cloche, executive chef Joe Palma’s version arrives cloaked in a plume of smoke from a smoldering ember off a wood-burning grill with mostly every component made in-house from the hazelnut graham streusel to the marshmallows and toasted marshmallow ice cream. In lieu of Hershey’s, Palma uses Valrhona’s caramel & milk chocolate. 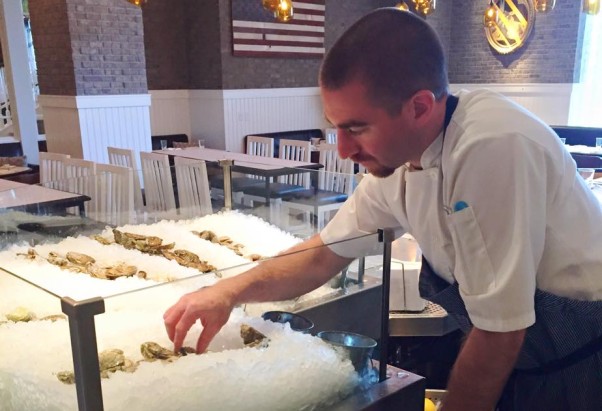 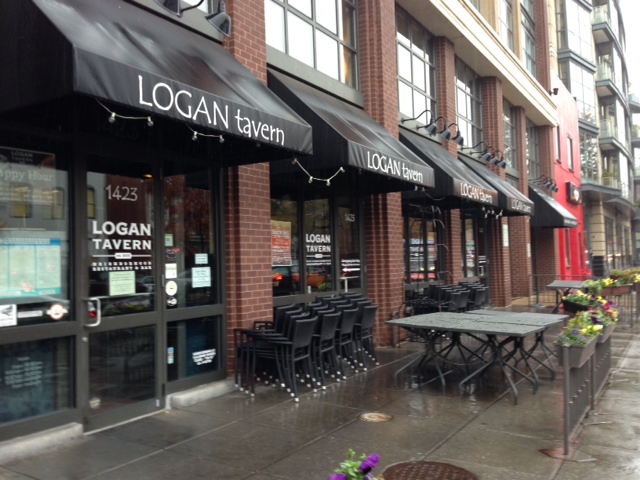 Since 2012, the civil war in Syria has displaced over 4 million people. As the conflict drags on, the human rights and humanitarian crises that millions of Syrians face has worsened.

The night begins with happy hour from 4-7 p.m. in Logan Tavern’s Red Room, where all proceeds of featured happy hour drinks and appetizers will be donated. From 5-10:30 p.m., 15 percent of all dinner sales will be donated. A raffle will be held at 6:30 p.m. where diners can bid on a romantic dinner at The Pig, bottomless brunch at Commissary and other swag from the neighborhood with 100% of the winning bids donated.

Central, 1001 Pennsylvania Ave. NW, joins the worldwide celebration of the end of the grape harvest and the first bottling of the Beaujolais Nouveau. The nouveau vintage of Beaujolais, the only wine famous for the gamay grape, is traditionally uncorked on the third Thursday in November, and Central will keep the party going from Nov. 19-23. 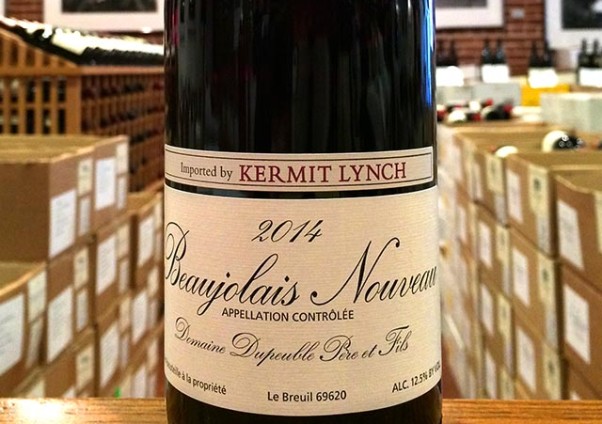 Central will offer the Domaine Dupeuble Beaujolais Nouveau 2015, which after a five-day fermentation settles with cool breezes from an open window for months before being bottled unfined, unfiltered and unsulfured. It then ships from France by plane in mid-November and will be available for $11 per glass or $42 per bottle. As a companion piece to the Nouveau, the restaurant will also offer Francois Mikulski, Passetoutgrains, Bourgogne 2012, a blend of pinot noir and gamay grapes. The two grapes come from different plots of Bourgogne Grand Ordinaire and Bourgogne Rouge. It will be available for $52 per bottle only.

A three-course, prix fixe menu created specifically to pair with the wines will be available for $55 per person. The featured meal begins with cheese puffs (gougeres) to munch on before the first course of escargot Fricasse; followed by filet mignon with syrah-shallot sauce and winter vegetables, and a seasonal apple-cranberry cobbler for dessert. 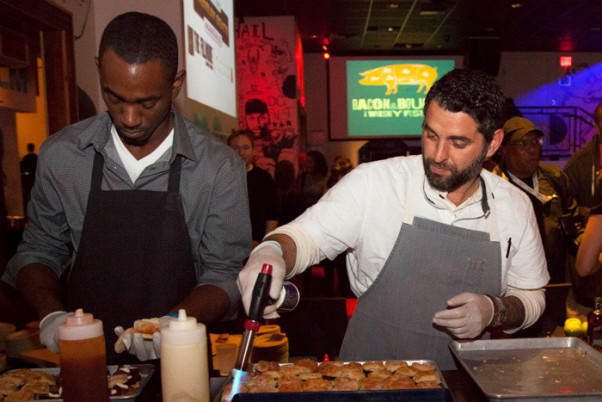 Guests will enjoy unlimited tastings of 30 whiskies, beer and bacon, and be able to take home their glass. Distilleries from across the globe will be pouring at this year’s festival, including Tap Whisky, Filibuster, Whistle Pig, Spicebox, Four Roses Bourbon and many more! Sonoma County Distilling Co. will introduce its West of Kentucky bourbon as well as pouring its award-winning Sonoma Rye and the Second Chance Wheat whiskey. Purcellville’s Catoctin Creek will pour a maple-finished cask-proof Roundstone Rye, and Pennsylvania-based Dad’s Hat will introduce its first straight rye made in over 25 years. Only produced in extremely limited quantities, this will be the first time the pre-prohibition 2-year rye is available outside of Pennsylvania. Palm and Schöfferhofer beers will be available for a break between the stronger brown liquid.

Always held the Friday and Saturday before Thanksgiving, nearly 1,000 people each night devour tens of thousands of oysters while enjoying the gold medal winners of the International Wines for Oysters competition.

Tickets are available online. Saturday afternoon ticket are old out, but there is a waiting list. Only a few tickets remain for Saturday evening.