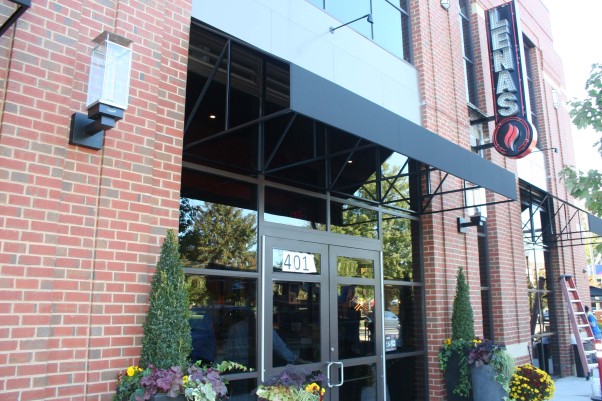 The restaurant, which is built around a 900-degree wood burning oven, is owned by Jason Yates and managed by Alexandria Restaurant Partners. It is named for Yate’s family matriarch, Nicolina De Gruttola Yates, whose parents were both born in Italy.

Paul Beckmann of Beckmann Architects designed the restaurant with two main areas — the interior dining room and bar and the garden plaza for outdoor dining. Passersby can watch the preparation of pizza dough and pasta the dough room, which is located in the front windows. The dining room and bar, which can seat up to 100, features high ceilings and the pizza oven, where patrons can watch the chefs. The interior, which features wood, brick and metal, reflects the building’s early 20th century design, blending the structure’s exterior with the interior. Yate’s family photos hang inside telling the story of Lena Yates’ Italian heritage and traditions, commitment to her family and the warm and inviting environment she created. 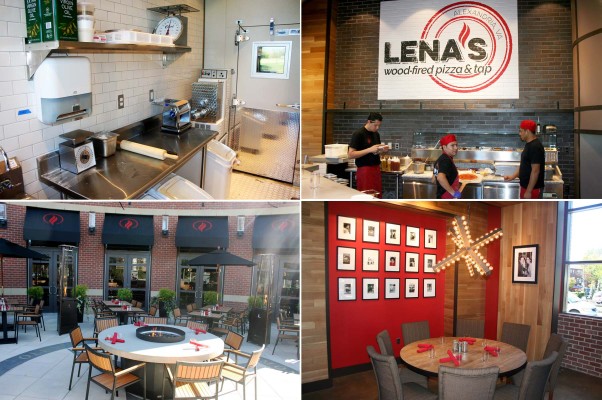 The exterior plaza is meant to evoke images of Yate’s bountiful garden in the family’s backyard. It is bounded by a landscaped border with flowers and a low brick wall. The patio seats 68 with a fire pit at the center to extend the season for outdoor dining into the colder times of year.

Guests at the 100-seat restaurant, which includes a 68-seat outdoor seasonal patio, will dine on Neapolitan pizza made with seasonal, all-natural ingredients, house-made pasta, salads and paninis.

Italian born executive chef Mauro Molino has been tapped to run the kitchen and will work under the direction of ARP’s corporate executive chef Graham Duncan. Molino brings 22 plus years of experience to his new role. He received his degree in restaurant and hotel management from Istituto Professionale in Torino, Italy in 1989. He began working in the kitchen as an entremetier at the Dock Milano Restaurant in Torino. He then served as a sous chef at Daturi e Motta, a catering company in Torino, before relocating to Cincinnati in 1998 to serve as executive sous chef at the Hilton Cincinnati Netherland Plaza. Molino returned to Torino in 2003 and served as executive chef of Il Posto Restaurant, Ospedale Molinette and Eataly Torino Lingotto before moving to D.C. in 2010. Over the past five years, he has worked at several area restaurants including Rustico Restaurant & Bar, The Hamilton, T.J. Stones and Lia’s, where he mostly recently cooked before being named executive chef of Lena’s. 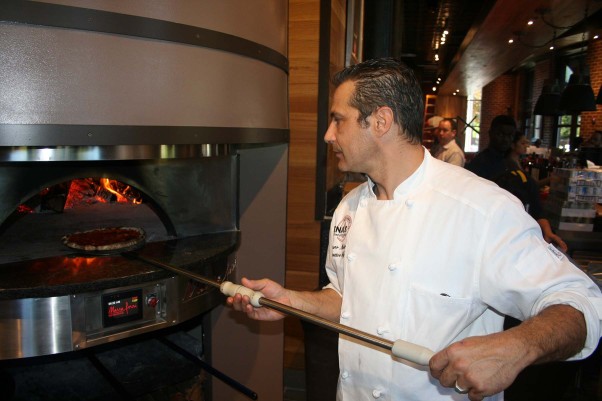 The menu is based on what Yate’s mother cooked and served for dinner, and focuses on authentic 10- and 14-inch Neapolitan pizzas baked in the 4,800-pound wood-fired oven made by Marra Forni in Beltsville, which also made the dough table and mixer, Graham said. The pasta machine was imported from Italy. The restaurant uses Caputo blue double zero flour for a lighter crust, Buffalo mozzarella pulled in house daily and organic San Marzano tomatoes imported from Naples, Italy, Graham said. The pasta is made from 100 percent durum flour.

Signature dishes include a giant 10-ounce house-made all-beef meatball stuffed with mozzarella and roasted in marinara sauce and served alone as a starter, sliced on a panini, whole with spaghetti or on a pizza; as well as pizzas such as the margherita with fresh mozzarella, crushed San Marzano tomatoes, basil and olive oil; diavola with spicy sopressata salami, mozzarella, fried kale and ghost pepper hot honey; sunny side up with Applewood smoked bacon, sliced potatoes, caramelized onions, smoked provolone and a quail egg; shrimp, tomato and artichoke with roasted cherry tomatoes, marinated artichoke, roasted garlic and fresh mozzarella; a Korean BBQ pizza with Korean BBQ short ribs, gochujang, scallions, fresh mozzarella and pickled vegetables; and a New England clam pizza with Littleneck clams, Applewood smoked bacon, mozzarella, Italian parsley, garlic oil and red pepper flakes topped with clams in the shell. Pizzas range from $10-$16 for 10-inch pies and from $14-$22 for a 14-inch pie. You can see the full menu here. 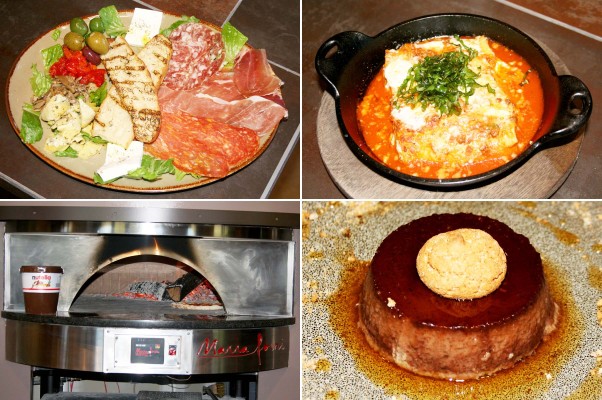 In addition to pizzas, Lena’s serves charcuterie boards (clockwise from top left), lasagna from house-made pasta and bunets. Many of the dishes are cooked in the 900-degree wood-fired oven. (Photos: Mark Heckathorn/DC on Heels)

Starters include wood-fired chicken wings, polenta fries, a charcuterie board and vegetable antipasto and range from $6-$14. Salads are priced from $7-$11 and desserts, which include tiramisu; Nutella pizza with dark and white chocolate chips and chopped hazelnuts; house-made apple donuts; gelato; and bunets, a traditional Piedmontese chocolate terrine with amaretti cookies and are all $6.

Lena’s beverage program includes a 40 Italian and American wines available by the bottle and 15 by the glass. Prices range from $7-$15 by the glass and $28-$75 by the bottle. The restaurant also have 16 craft and Italian beers on tap along with a selection of craft cocktails.