In a fairly close race for first place at the box office last weekend (Oct. 16-18), Sony Pictures’ Goosebumps outpaced the third weekend performance of 20th Century Fox’s The Martian. Goosebumps led the way with a $23.62 million debut. The 3D horror comedy starring Jack Black opened toward the lower end of expectations and was off to a solid start with its reported $58 million production budget in mind. Goosebumps was helped out by the pre-existing fanbase for the R.L. Stine written book series and by the decision to release the film shortly before Halloween. Given its family audience and the approaching Halloween holiday, Goosebumps is likely to hold up well going forward. 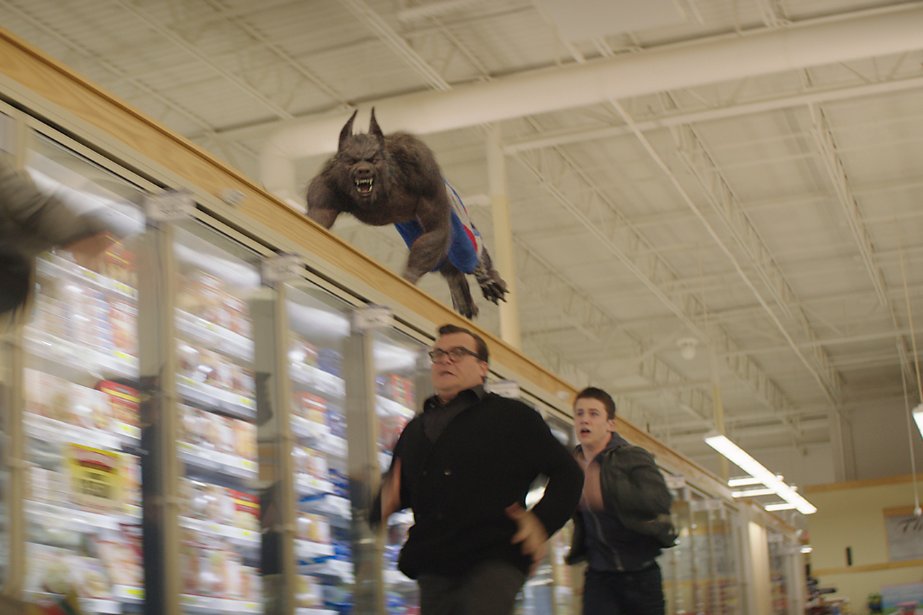 After leading the box office for the previous two weeks, The Martian fell to second with $21.30 million. The critically acclaimed Ridley Scott directed 3D sci-fi film starring Matt Damon was down 42 percent from the previous weekend. While The Martian lost a bit of steam last weekend, the film is still performing very well in the bigger picture with a 17-day gross of $143.60 million. That places The Martian 19 percent ahead of the $120.93 million last year’s Interstellar had grossed after 17 days of wide release and 15 percent behind the $169.56 million 17-day take of 2013’s Gravity. That indicates that The Martian is still in good shape to surpass the $200 million domestic mark before the end of its run.

Disney Entertainment and DreamWorks’ Bridge of Spies debuted in third place with $15.37 million. The critically acclaimed Steven Spielberg directed thriller starring Tom Hanks debuted on the low end of modest expectations, which had been held in check by the film’s Cold War setting and by the current high level of overall competition for adult audiences. Bridge of Spies opened 19 percent below the $19.05 million start of 2004’s The Terminal, the last theatrical collaboration between Spielberg and Hanks. Given its strong critical reviews and that Spielberg’s films usually display strong holding power; it is likely that Bridge of Spies will be in store for a lengthy box office run.

Universal Pictures’ Crimson Peak followed in fourth place with a lackluster $13.14 million start. The Guillermo del Toro directed gothic horror romance starring Mia Wasikowska, Jessica Chastain and Tom Hiddleston debuted a bit below expectations. While Crimson Peak opened just behind Bridge of Spies, Crimson Peak is expected to be more front-loaded in comparison to Bridge of Spies and also carried a higher price tag. Potential for Crimson Peak to appeal towards horror fans and del Toro’s fanbase appears to have been limited by the film’s gothic nature. Crimson Peak may not hold up well going forward, though the film could still experience some relative back-loading given its pre-Halloween release and the lack of an opening weekend rush out.

Hotel Transylvania 2 rounded out the weekend’s top five with $12.65 million. Sony Pictures’ Adam Sandler led 3D computer animated film was down 38 percent from the previous weekend. That represented a very solid hold, especially given the new direct competition for family audiences the film faced from fellow Sony release Goosebumps. Hotel Transylvania 2 continues to impress with $136.81 million through 24 days of release. That places the film a healthy 15 percent ahead of the $118.52 million 24-day gross of 2012’s Hotel Transylvania.

Meanwhile, Woodlawn debuted in ninth place with $4.00 million. The faith-based sports drama from Pure Flix opened on the high end of modest expectations. While it was off to a solid start, Woodlawn was also relatively front-loaded.

Universal Pictures’ Steve Jobs continued its strong limited release performance with $1.51 million from 60 locations. That gave the Danny Boyle directed drama starring Michael Fassbender a per-location average of $25,212. Steve Jobs has grossed a very encouraging $2.22 million through 10 days of limited release. The film will expand into wide release this Friday when it will be playing in an estimated 2,400 locations.