Plenty of Fall Fun on Tap This Weekend

This weekend, the Vienna, Dunn Loring and West Falls Church Metro stations will be closed with Silver Line trainings replacing Orange Line trains and running every 8 minutes between Wiehle-Reston East and New Carrollton. Buses will replace trains between the closed station and the East Falls Church Station. Express buses from East Falls Curch to Vienna will add 25 minutes to your commute and local buses stopping at all three closed stations will add 12-15 minutes per station. Riders traveling to/from Blue/Silver stations between Largo Town Center and Benning Road should use only Blue Line trains. Red, Blue, Green and Yellow lines will run on regular weekend schedules. Metro will open at 5 a.m. on Sunday for the Army Ten-Miler. On Monday, Metrorail will open at 5 a.m. and close at midnight. Trains will operate on a Saturday schedule, off-peak fares will be in effect all day and parking will be free at all Metrorail parking facilities. 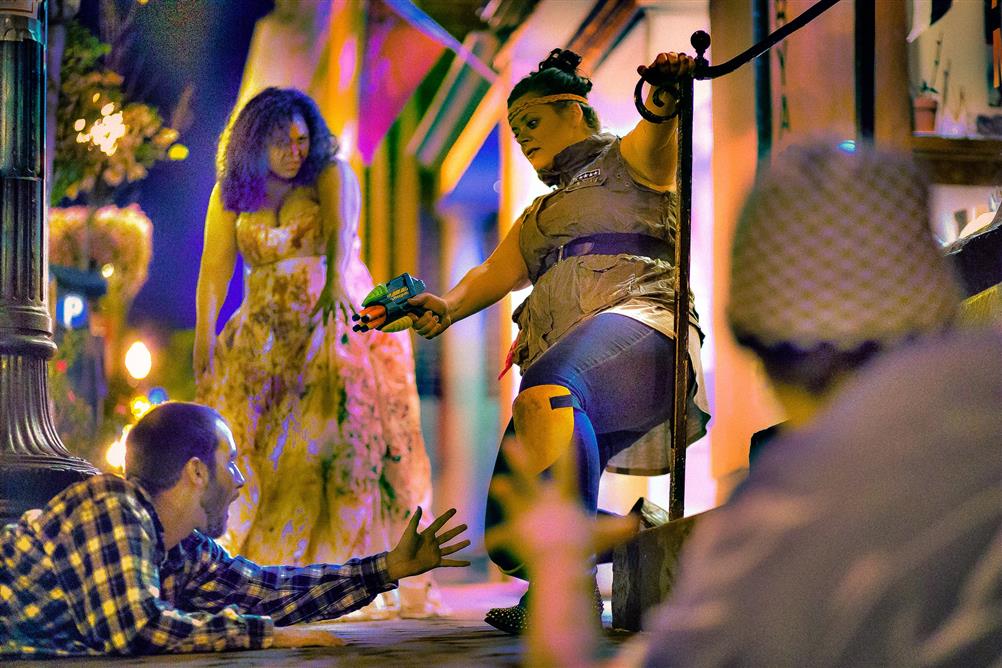 D.C. Dead: Mutation is an immersive game – you will be chasing zombies and zombies will be chasing you! Teams of six are equipped with “neurotoxin” darts and sent through a zombie infested building to find the weapon that could end the undead onslaught. It is one part haunted house, and two parts interactive theatre. Salvage supplies and maybe save humanity…but watch out, the undead are lurking just around the corner. Go prepared to stand, climb stairs, scavenge for supplies and dodge that fatal swipe from the infected undead!

The Greek Festival at St. Sophia Greek Orthodox Cathedral usually is the weekend after Mother’s Day, but this year will be on Columbus Day weekend. The festival offers a heaping plate of Greek culture throughout the weekend with music and dancing, arts and crafts and, of course, food. Dine on pastistio (pasta and ricotta cheese), moussaka (eggplant and potato), spanakopita (spinach and ricotta) and dolmades (stuffed grape leaves) in the church’s auditorium. Around the festival grounds you can try gyros and traditional pork souvlaki sandwiches, as well as hot dogs, hamburgers including a feta burger and calamari cooked over coal fires and burners. A Greek pastry and coffee shop will serve traditional baklava to finikia (spiced walnut cookies) and kataifi (shredded phyllo with honey and nuts) as well as loukoumades (Greek donuts) served fresh and hot and drissled with honey and sprinkled with cinnamon. A tavern will serve soft drinks, water and Greek beers and wines, and a lemonade stand will sell fresh served lemonade. Vendors will sell fine and costume jewelry, pottery and home goods, clothing, music, Byzantine icons and traditional Greek groceries. There will be games and activities for children including balloon toys, sand art and a moon bounce. Guided tours of the cathedral also will be offered on Saturday and Sunday. 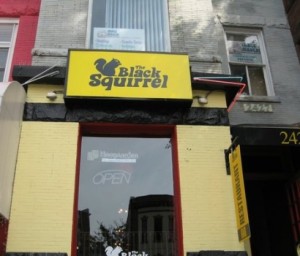 Black Squirrel in Adams Morgan will be serving up pumpkin beer, cider and food on Friday at is pumpkin festival. (Photo: Runin Out)

Oct. 9 starting at 5 p.m. until all the pumpkin stock is depleted at The Black Squirrel, 2427 18th St. NW in Adams Morgan. Admission is FREE, but the beer and food are not. 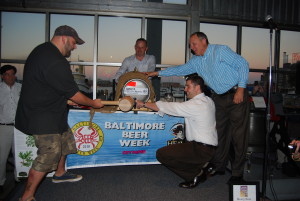 Washington has a beer scene to be proud of, for sure, but so does Baltimore. From Heavy Seas and Union to Stillwater and the Brewer’s Art, Charm City will showcase its craft beer starting this weekend with Baltimore Beer Week, a week filled 335 beer-centric events including tap takeovers, brewery events, races (the Charm City Chug Run), beer dinners and more. This year’s opening tap celebration takes place on Saturday from noon-2 p.m. at the Das Best Oktoberfest at M&T Bank Stadium parking lot H. And remember: On weekends, the MARC train runs to Penn Station, which just happens to be a couple blocks from the Brewer’s Art.

Oct. 9-18 at various times and locations around Baltimore. Go to www.baltimorebeerweek.com for a full schedule of events. 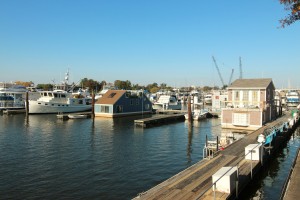 Thinking of trading in your tiny apartment for a house on the seas (or at least the Washington Channel)? Check out the Boat Home Tour, which lets visitors peek inside life on 20 or so floating homes at Gangplank Marina, the east coast’s largest “liveaboard” community. Houseboats, cruisers, tugs, family living, green living, small-space living, luxury living and more…whatever you’re interested in, chances are you’ll find something to “float your boat.” Some owners and docents will also be on hand to answer questions about the floating homes and lifestyle. 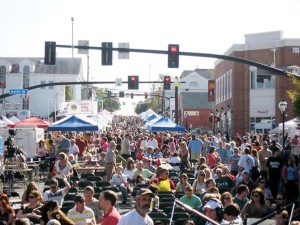 Now in its 39th year, the city of Fairfax’s annual Fall Festival features more than 400 arts, crafts and food vendors, children’s activities including a puppet show, juggler, reptiles, face painting and more, as well as four stages of entertainment including White Ford Bronco and Bruce in the USA. There’s also a lumberjack show and amusement rides at the SunTrust Bank parking lot, 4020 University Dr. from 10 a.m.-8 p.m. The City of Fairfax Museum & Visitor Center, the Ratcliffe-Alison House, the Historic Blenheim and Civil War Interpretive Center and Fairfax Volunteer Fire Department will have open houses.

Oct. 10 from 10 a.m.-5 p.m. along University Drive from Armstrong Street to North Street and on Sager Avenue and Main Street between Chain Bridge Road and East Street in Fairfax. Admission is FREE!

Art on the Avenue 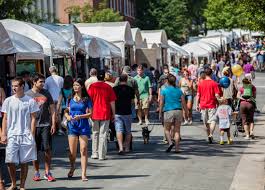 Another rain-out from last weekend, Art on the Avenue in Del Ray will celebrate its 20th anniversary. There will be live music, fresh food from local restaurants and food trucks, and works from artists and craftsman for sale. This year, more than 300 artists including jewelers, silversmiths, beaders, woodworkers, pottery makers, soap crafters, glass makers, painters, sculptures and fabric artists are expected at this family-friendly events. Kids’ activities include stuffing scarecrow, painting a pumpkin, lotus flower design and weave screen art to name a few.

Oct. 10 from 10 a.m.-6 p.m. along Mount Vernon Avenue from Hume to Bellfonte in the Del Rey section of Alexandria. Admission is FREE! 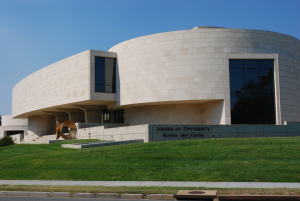 Oct. 10 from 11 a.m.-4 p.m. at eight galleries and three museums. The free shuttle bus will loop between locations beginning at the American University Musuem, 4400 Massachusetts Ave. NW. Admission is FREE!

More than 60 restaurants will be serving up to four dishes at Taste of D.C. along Pennsylvania Avenue NW. (Photo: Facebook)

Sample some of the best of what Washington’s restaurants have to offer while strolling down the city’s most famous street at Taste of D.C. More than 60 restaurants will serve up to four items from their menus with a “taste of” item priced at $3 or less. On Saturday at 3 p.m., watch the world’s best competitive eaters, including Joey “Jaws” Chestnut and Sonya Thomas, fill up on a D.C. staple in the Ben’s Chili Bowl’s World Chili Eating Championship for $3,000 in cash. Musicians will perform on two stages throughout the event, and festival-goers can explore the beer garden and a wine walk. Chefs from the participating restaurants will do demonstration on the culinary stage.

Oct. 10 and 11 from noon-7 p.m. along Pennsylvania Avenue NW from Third to Seventh Streets. Admission is $20 for people 13 and older, $10 for children 6-12 and free for children 5 and under. Tickets include a free beverage and a coupon for one bowl from ShopHouse after the event. A $40 drink lover’s ticket includes $25 in beverage ticket to use in the beer garden and wine walk. 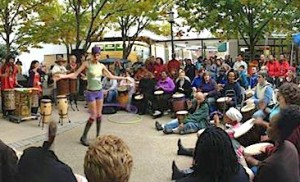 A drumming and rhythm festival will be held in Greenbelt on Saturday. (Photo: Greenbelt Drum and Rhythm Festival)

Oct. 10 from noon-6 p.m. at the Roosevelt Center, 131 Centerway, Greenbelt. Admission is FREE! 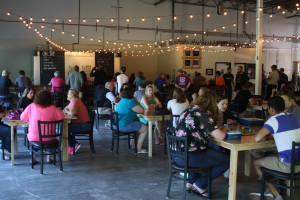 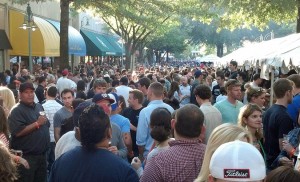 Capital City Brewing’s Mid-Atlantic Oktoberfest has been rescheduled for this Sunday in Shirllington. (Photo: ArlNow.com)

Capitol City Brewing Co.’s rescheduled Mid-Atlantic Oktoberfest returns to the Village at Shirlington with more than 65 breweries pouring free 4-ounce samples and food from local restaurants and other vendors, including Washington’s Sängerbund selling grilled bratwurst. There will also be an authentic German band.

Oct. 10 from noon-7 p.m. at the Village at Shirlington, 4001 Campbell Ave., Arlington. Admission is $30 at the gate and includes a wristband, tasting glass and 10 tickets. Additional tickets are $2 each with a five ticket minimum.