Twentieth Century Fox’s The Martian arrived with a strong first place debut of $54.31 million last weekend (Oct. 2-4). The critically acclaimed Ridley Scott directed 3D sci-fi film starring Matt Damon lived up to lofty expectations and claimed the second largest opening weekend performance ever for the month of October. The Martian opened just 3 percent below the $55.79 million debut of October record holder Gravity back in 2013. The comparison is especially impressive given that The Martian didn’t have the advantage of higher priced IMAX admissions that Gravity had. An effective advertising campaign, strong reviews, the combined drawing power of Scott and Damon and the fanbase for the novel the film is based on all contributed to the success of The Martian. Given both its strong critical reviews and strong early word of mouth, it is likely that The Martian will hold up very well throughout the month of October. 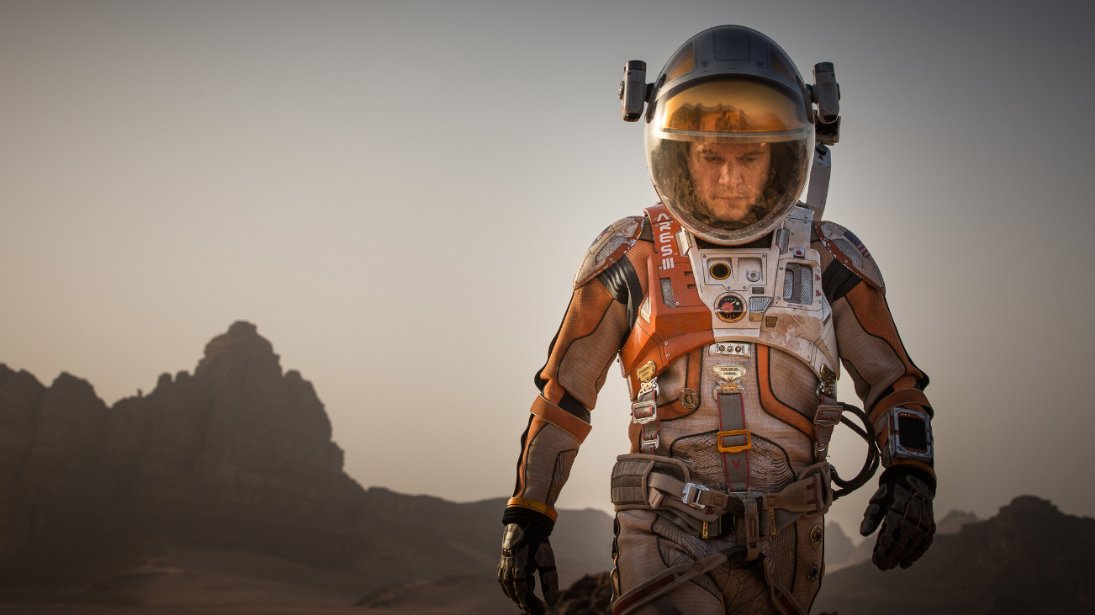 Sony Pictures’ Hotel Transylvania 2 continued to impress with a second place take of $33.19 million. The Adam Sandler led 3D computer animated film held up very nicely, down just 32 percent from the previous weekend’s already stronger than expected launch. In comparison, 2012’s Hotel Transylvania fell 36 percent in its second weekend to gross $27.05 million. Hotel Transylvania 2 has grossed $90.73 million through 10 days of release. That places the film an impressive 18 percent ahead of the $76.71 million 10-day start of Hotel Transylvania and represents a very nice rebound for both Sandler and Sony from the lackluster performance of Pixels this summer. While it will soon face new competition for family audiences from both Warner Bros. Pictures’ Pan and fellow Sony release Goosebumps, Hotel Transylvania 2 still has a very good chance of continuing to hold up well throughout October, especially with the aid of the approaching Halloween holiday and no new animated films entering theaters until 20th Century Fox’s The Peanuts Movie arrives on Nov. 6.

On the heels of its impressive two-week performance in limited release, Lionsgate Entertainment’s Sicario had a very solid expansion into wide release with a third place take of $12.15 million. The critically acclaimed crime thriller starring Emily Blunt, Benicio Del Toro and Josh Brolin performed in line with expectations. Thanks in part to strong critical reviews and the buzz generated from the film’s platform performance; Sicario was able to hold its own in the face of The Martian last weekend. Sicario’s performance was only 8 percent below the $13.24 million expansion performance of Universal Pictures’ Everesta weekend ago. Going forward, Sicario is likely to hold up better than Everest has.

Warner Bros.’ The Intern held up nicely in its second weekend with a fourth place take of $11.69 million. The Nancy Meyers directed comedy starring Robert De Niro and Anne Hathaway was down 34 percent from the previous weekend. In a fall movie going season filled with more serious fare thus far, The Intern is appealing to moviegoers in the mood for a comedy and has taken in $36.59 million in 10 days. Expect The Intern to continue to display healthy holding power going forward.

Maze Runner: The Scorch Trials rounded out the weekend’s top five with $7.80 million. The young adult sequel from 20th Century Fox fell 45 percent, as the film continues to understandably display more front-loading than its predecessor did last year. Maze Runner: The Scorch Trials has grossed $63.40 million in 17 days. That is below expectations and places the film 14 percent behind the $73.56 million 17-day gross of The Maze Runner.

Meanwhile, Sony’s The Walk was off to a soft start last weekend in limited release. The critically acclaimed 3D Robert Zemeckis directed film starring Joseph Gordon-Levitt only managed $1.56 million from 448 exclusive IMAX and PLF locations. The Walk has grossed $1.98 million through five days of release. Despite strong reviews, The Walk is clearly feeling the negative effects of facing very tough competition and not having the most mainstream friendly concept to begin with. The Walk hopes to build momentum off of its strong reviews when it goes into wide release next weekend, but that will be easier said than done after last weekend’s performance.