Weekend Events Up in the Air with Weather

As we head into the weekend, the persistent rain in the DMV is a sign that a Nor’easter is passing through and Hurricane Joaquin is still churning in the Atlantic Ocean. A few events that had been scheduled for this weekend have already been postponed or canceled, including Capitol City Brewing’s Mid-Atlantic Oktoberfest in Shirlington, Del Rey’s Art on the Avenue, which has been postponed until Oct. 10, and the Black Squirrel’s Smashing Pumpkin Beer Fest in Adams Morgan. It has been postponed until next Friday, Oct. 9. And the new “Scream City” haunted house at the D.C. Armory has delayed its opening until Saturday. Fort Belvoir’s Oktoberfest and the Taste of Bethesda have been canceled this year. Regardless, if you’re headed out this weekend, you’re going to get wet. Be sure to check to make sure an event is still on before you go. 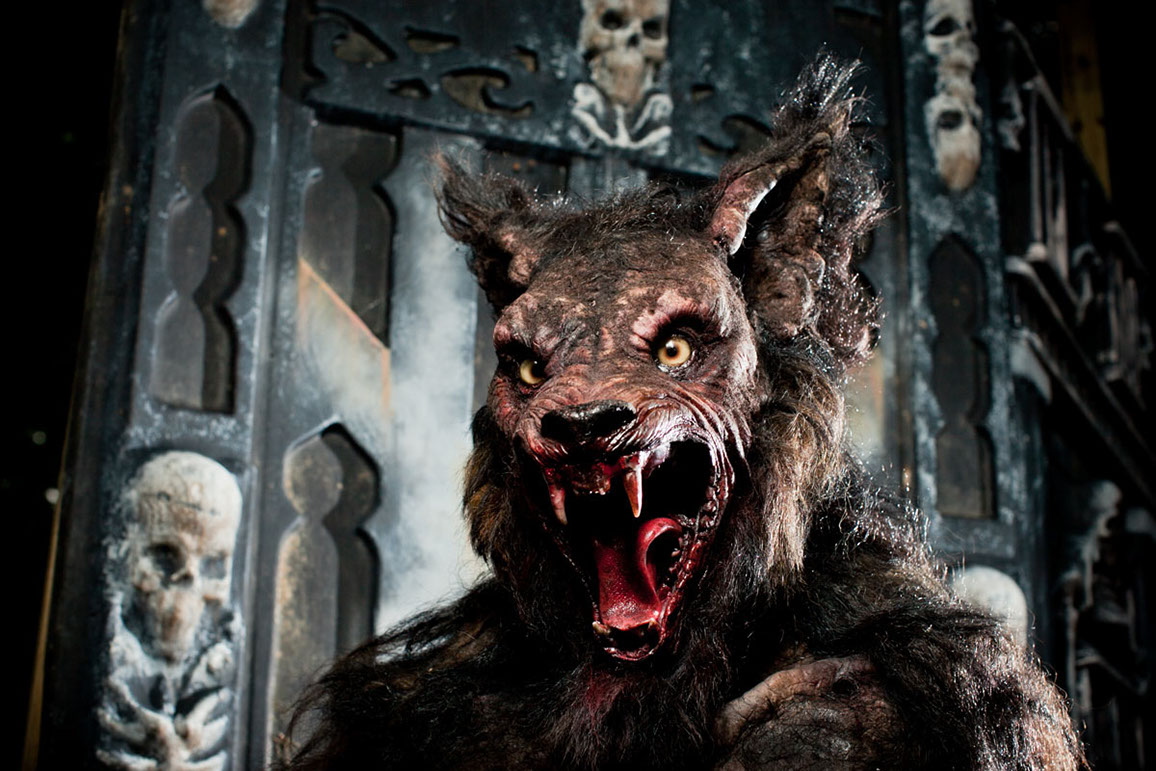 Washington’s newest Halloween horror attraction, Scream City, opens its creaky doors this weekend and will be freaking out visitors on weekends and most Thursdays throughout October. There are two features, both indoors: the Exorcism Estate Haunted House and the Slaughter Factory. This is a next-level fright night: The Steelhead Productions crew, which also puts on Field of Screams in Olney, doesn’t recommend a visit for kids younger than 13. After this weekend, it will be open Friday-Sunday through Nov. 1. 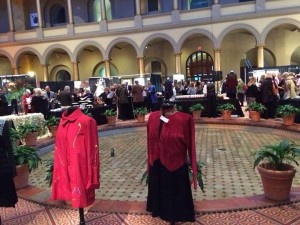 Artisans will be selling their wearable art at the National Building Museum. (Photo: Craft2Wear)

We’re not quite ready to start counting down the days to a certain winter holiday, but if you’ve got shopping to do, the annual Craft2Wear event at the National Building Museum is a good place to start, if not finish, making your list. More than 50 craft and wearable art designers will have unique clothing, jewelry and accessories for sale. 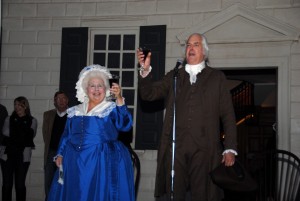 Seventeen Virginia wineries and a cidery will pour glasses after hours at the Mount Vernon Fall Wine Festival and Sunset Tour. Visitors can stroll the grounds of the Potomac River estate of our first president, enjoy the sunset and learn about wine’s history in the commonwealth. Even George and Martha Washington are expected to make an appearance. There will also be live blues music.

Gertrude Yuki Tsutsumi will perform at the National Heritage Scholarship Concert at Lisner Auditorium on the GW campus. (Photo: Kenneth Photography/National Endowment for the Arts)

A Party for the Season: A Garden of Colors 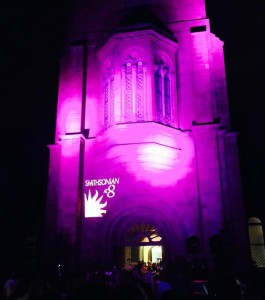 A Party for the Season: A Garden of Colors, the next installment of Smithsonian at 8, has been moved from the Enid A. Haupt Garden to inside the Smithsonian Castle due to the bad weather expected from Hurricane Joaquin this weekend. Celebrate the colors of fall and spend an early-autumn evening exploring the seasonal beauty of the Smithsonian’s fabled Castle dancing to music by DJ Alkimist, raising a toast with seasonal beers from Ommegang Brewery and Boulevard Brewing Co. in a pop-up beer garden. There will also be a photo booth, pumpkin-carving demo and cash bar. VIP ticket holders get an extra hour before anyone else can enter at 7 p.m. plus an open bar with beer, wine and specialty cocktails along with small bites. 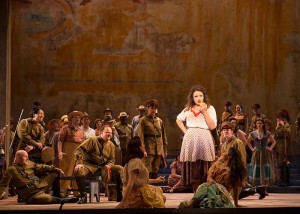 Costumes, like these from the Washington National Opera’s production of Carmen, will be on sale this weekend. (Photo: National Symphony Orchestra)

Looking for the perfect Halloween costume? Check out the Washington National Opera Costume Sale. This is the first sale the WNO has held in six years, so it will have more than 1,000 items available in a variety of styles. Some items to expect: costumes from productions of Cinderella, Manon Lescaut, Carmen, Macbeth, Of Mice and Men and many others. Full costumes range from $50-$200 with individual pieces starting at $1. There are a few children’s costumes as well. 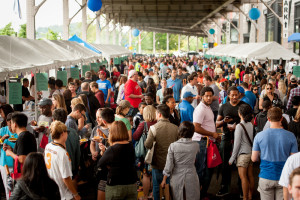 More than 30 neighborhood restaurants — most of them plating two dishes — will set up along the waterfront on K Street NW for the 22nd annual Taste of Georgetown. Dog Tag Bakery will be serving trail mix scones and pumpkin whoopee pies; 1789 Restaurant will be offering duck banh mi; Café Bonapart will be serving a sweet and a savory crepe; Mama Rouge will be offering grilled honey BBQ chicken banh mi and crispy veggies spring rolls; I Thai Restaurant will be serving mango with sweet sticky rice and Thai iced tea among the many offerings. In addition to the dishes, festival goers can enjoy the craft beer and wine garden and the give-and-take with the musicians from the Georgetown Piano Bar.

Oct. 3 from 11 a.m.-4 p.m. at the Georgetown waterfront, K Street NW between Wisconsin Avenue and Thomas Jefferson Street. Admission is FREE! Tasting tickets cost $5 for food, $4 for beer and wine. Five-packs of tasting tickets can be purchased in advance for $20. 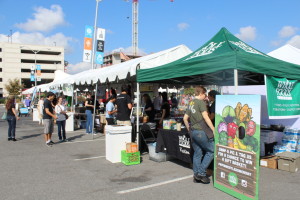 D.C. VegFest is a dairy-free, meat-free and egg-free palooza, with food from the likes of Woodland’s Vegan Bistro, Dama, Bread & Brew, Busboys & Poets and others. There’s even a hip-hop and raw food cooking demo from DJ Cavem and Alkemia Earth. There will be free food samples and a beer garden, and the first 1,000 people through the gate will receive a free tote back full of samples and coupons. A kids area include music, storytelling and a vegan parent panel.

Stretch your legs while absorbing some of the culture in our nation’s capital during the Great Walk of Art. The guided march through D.C., now in its second year, starts at the U.S. Capitol, hits the Library of Congress and a few museums on the Mall including the Hirshhorn Museum and Sculpture Garden, the National Museum of African Art, the Sackler-Freer Gallery and National Gallery of Art before heading to the final stop at the Smithsonian American Art Museum and National Portrait Gallery. Meanwhile, participants search for pieces that fit this year’s theme: “Innovation in Art.”

Oct. 3 from noon-5 p.m. starting at the U.S. Capitol Visitor Center, Emancipation Hall by the Statue of Freedom. Tickets are $8 in advance. 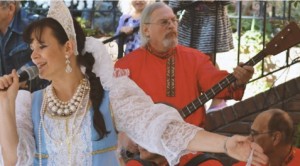 Get a taste of old Russia at St. John’s annual Russian Bazaar. There will be live traditional music, imported handicrafts, homemade ethnic food, a bookstore, kids activities, tours of the 17th century-style Russian church and more. 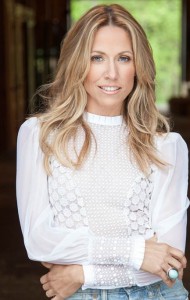 Sheryl Crow is scheduled to perform at the Unite to Face Addiction Rally on the National Mall. (Photo: Sheryl Crow)

Oct. 4 from 4-8 p.m. on the grounds of the Washington Monument on the National Mall. Admission is FREE!