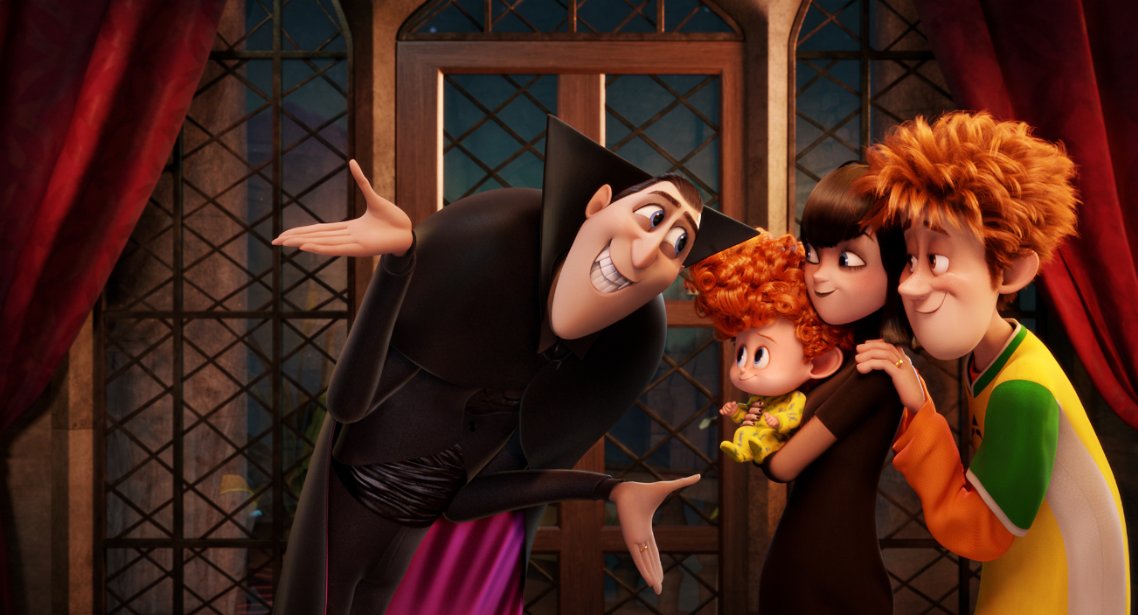 Hotel Transylvania 2 debuted in the top spot at theaters over the weekend. (Photo: Sony Pictures Animation)

Hotel Transylvania 2 represents a nice rebound for Sandler and Sony after the lackluster performance of Pixels this summer. Sony Pictures Animation continues to be especially successful during the month of September, as four of the top 10 largest unadjusted September debuts of all-time currently belong to computer animated films from Sony Pictures Animation. In addition to the Hotel Transylvania films, the two Cloudy with a Chance of Meatballs films also rank in the September top 10. Hotel Transylvania 2 was helped out by the solid reception to its predecessor and by there being very little new movies for family audiences in the past two months.

Warner Bros. Pictures’ The Intern was off to a nice over the weekend with a second place take of $17.73 million. The Nancy Meyers directed comedy starring Robert De Niro and Anne Hathaway opened on the high end of expectations. The film’s success last weekend was largely driven by its co-stars and director. With the release slate this September and October being full of dramas and thrillers, The Intern also stood out for moviegoers in the mood for a comedy.

After a very promising start in moderate release, Everest was unable to break out upon going into wide release last weekend. Instead, the 3D adventure drama from Universal Pictures had to settle for a fourth place take of $13.24 million. While Everest was up 83 percent over the previous weekend. The film’s softer than anticipated expansion in combination with the film’s good performance the previous week strongly suggests that moviegoers especially want to experience Everest in the IMAX format. Everest has grossed $23.28 million through 10 days of release with IMAX grosses representing an estimated $11.5 million of that total thus far. The movie will now have to depend much more on holding power going forward, which will be easier said than done given the new competition it will face throughout October, especially from 20th Century Fox’s highly anticipated The Martian beginning this coming Friday. It should be noted that Everest is performing significantly stronger overseas than it is domestically.

Warner Bros.’ Black Mass rounded out the weekend’s top five with $11.03 million. The Johnny Depp led crime drama was down three spots and 51 percent from the previous weekend, which suggests that the film isn’t going over as well with moviegoers as it has with critics. It should also be noted that based on its performance thus far, Black Mass has been relatively stronger on weekdays than it has been on weekends. The 10-day total for Black Mass stands at $42.13 million.

On the limited-release front, Lionsgate Enertainment’s Sicario excelled last weekend with $1.72 million from 59 locations. The critically acclaimed crime thriller starring Emily Blunt, Benicio Del Toro and Josh Brolin has grossed $2.30 million in 10 days of limited release. After last weekend’s performance, Sicario appears to be in good shape for its expansion into wide release next weekend.