Why Couples Lie to One and Other

Relationships are supposed to be built on a foundation of trust in order to succeed. Yet many couples feel completely comfortable lying to each other. Why’s that? Maybe the reality is that the truth hurts. If you’re not one for confrontation, a little white lie seems a lot better than a pointless fight. But little white lies are your gateway to bigger lies, and that’s where the problem gets out of hand. 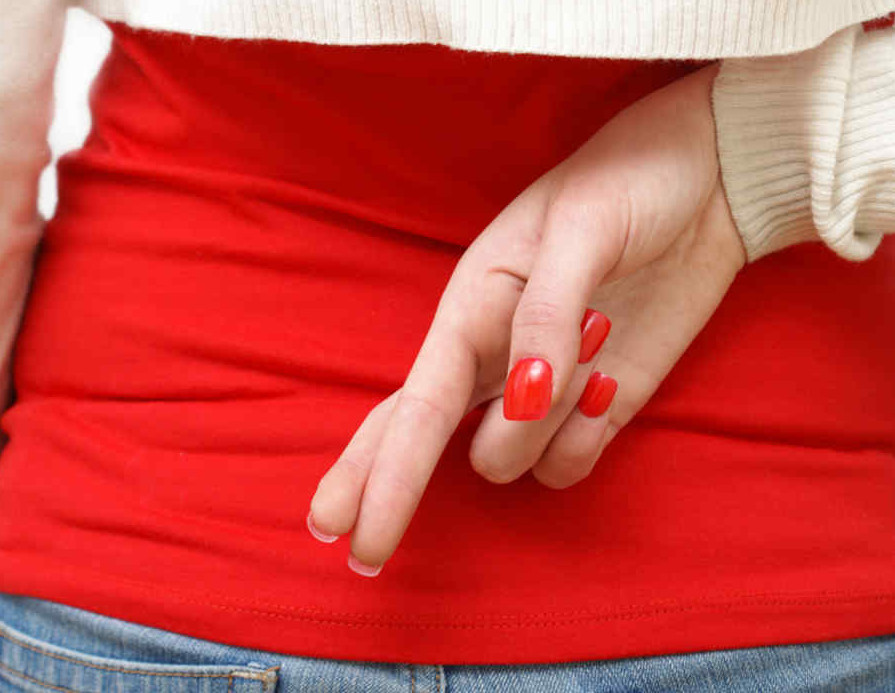 Are you sure your significant other is being honest? (Photo: Shutterstock)

So why do we lie in the first place? Everyone’s guilty, men and women both. It can be anything from lying about your sex count to lying about what you did the night before. But, we continue to lie regardless of the severity of what we’re hiding.

Here are a few top reasons why couples choose to be shady instead of crystal clear:

Maybe you lie to your significant other simply because it’s not that big of a deal. Rather than waste time with a pointless fight, you figure it’s best to avoid it completely. But ask yourself this: If what you’re lying about is so minor, why not just tackle the truth and get it over with? Little white lies always end up getting us into trouble anyway. You either get caught in your lie, or you slip up. So don’t sweat the small stuff, but don’t hide. Just be open and honest. Isn’t a tiny meaningless fight worth a trusting relationship.

So maybe you’re significant other keeps asking questions you know they don’t really want to hear the answer to. Like, babe why are you so weird? Well maybe it’s that time of the month and your cramps are out of control. Or maybe you’re late to dinner because you had to take a last minute shower because you were uncomfortably sweaty and gross. Regardless of what it may be, maybe you’re just lying because the truth is TMI. Personally, I completely understand this reasoning, especially when you’re just beginning to date someone. I think the amount of information you reveal to your significant other increases with how long you’ve dated. Eventually you’ll be able to tell them anything, even when it’s too much information. But until then, a little mystery can do wonders, so lie away as long as it prevents unnecessary awkwardness.

Sometimes people lie because they themselves are living in one. If you’re lying to yourself, you’re obviously going to lie to others. In this case, you have bigger problems and may need to reevaluate your life. Accept reality before you being someone else into your fantasy. Whether you’re lying to yourself over something good or bad, work at being honest with yourself first before involving yourself with anyone else. 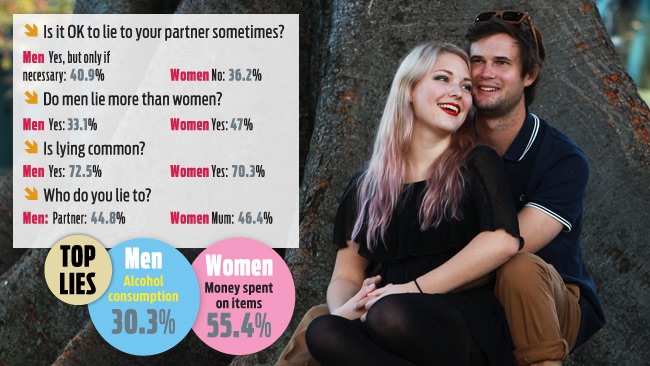 Just don’t lie. If it’s innocent, it’s not the worse thing in the world, but just know that if you get caught in your lie that’s on you. Don’t be afraid to tackle small obstacles in your relationship. Not every fight is bad, as long as the problem is resolved you will grow stronger as a couple. So keep your little white lies to a minimum, and try honesty for a change.