The Dangers of Dated Prescription Drugs

Many of us are guilty of neglecting our medicine cabinet – specifically, our prescriptions. Sometimes we feel the need to hang onto them, perhaps because they were costly or “just in case.” 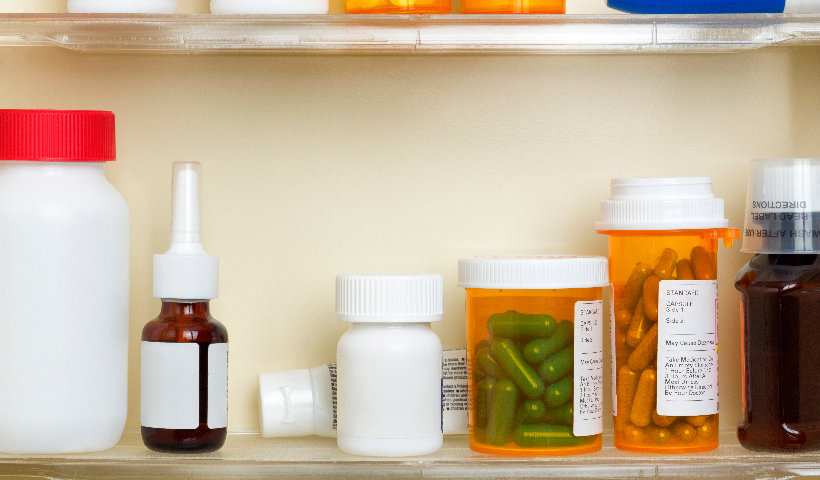 Expired drugs should be disposed of properly. (Roel Smart/iStock)

According to Kimberly Cimarelli, pharmacy manager at Penn State Milton S. Hershey Medical Center, keeping old prescription drugs may cause more harm than good. “Medications that are expired have passed their half-life, which leads to them being ineffective,” she said.

The Food and Drug Administration (FDA) says taking expired medication can be dangerous. That’s because the chemical composition of expired medical products can change over time, making them potentially harmful or less potent. Also, removing expired and unused drugs from the home makes the possibility of children finding them and accidentally harming themselves or misusing them less likely.

“Another risk is that older people who may be easily confused could take the wrong medication because the unwanted or expired medication wasn’t disposed of,” said Officer Rebecca Kessler of the Derry Township (Pa.) Police Department near Hershey.

Getting rid of the drugs also eliminates the temptation to self-medicate using someone else’s prescription. According to the Drug Enforcement Administration (DEA), rates of prescription drug abuse in the U.S. are growing, as are the number of accidental poisonings and overdoses due to the drugs. The DEA says many abused prescription drugs are obtained from family members and friends.

“Drug take-back events or drop boxes are a safe way to take medications that are no longer being used out of the public’s hands,” Cimarelli said.

Disposing of the drugs can also prevent people from becoming crime targets. “Some people who keep their medications have fallen victim to those with a criminal mindset because it is much easier to steal medications from a house or person rather than a pharmacy or hospital,” Kessler said.

Expired or unwanted medications should be properly disposed. “Unfortunately, the easiest way to get rid of unwanted or expired medications is to flush them down the toilet or simply put them in the trash. This causes the medications to end up in our water system and landfills, polluting our water and land,” Kessler said. When medications are returned via drug take-back events or police department drop boxes, they are incinerated to protect the environment. 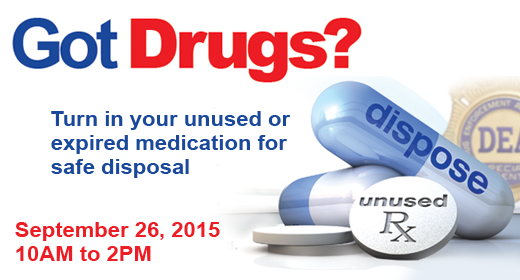 During the month of September, the DEA’s 10th National Prescription Drug Take-Back will include events across the United States. Sites will be set up throughout communities so residents can return their unwanted, unneeded or expired prescription drugs for safe disposal. National Take-Back Day is Sept. 26. A list of DMV collection locations is available by clicking here. Collection sites, which will be open from 10 a.m.-2 p.m., include all D.C. police precinct buildings, Montgomery County, Chevy Chase, Bladensburg, Montgomery County, Fairfax and Prince George’s counties police departments and Alexandria County fire stations, among others.

Many police departments have permanent, secure drop boxes. “All someone has to do is walk in, open the box and drop in their unwanted or expired medications,” Kessler said. “They don’t have to speak with anyone.”

Generally, there are restrictions on what can be disposed of at the drop boxes, such as no needles, aerosols, inhalers, liquids, ointments or creams. More information on the proper disposal of unwanted or expired medications can be found here.