Acupuncture may be a viable treatment for women experiencing hot flashes as a result of estrogen-targeting therapies to treat breast cancer, according to a new study from researchers at the Perelman School of Medicine at the University of Pennsylvania. 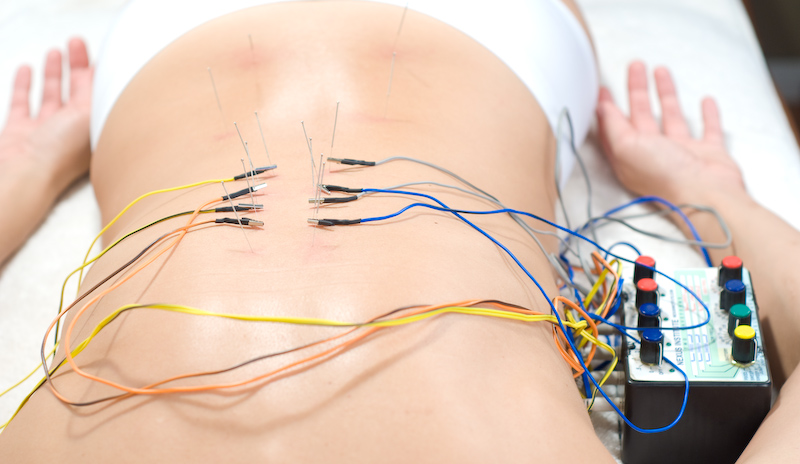 Hot flashes are particularly severe and frequent in breast cancer survivors, but current FDA-approved remedies for these unpleasant episodes, such as hormone replacement therapies are off–limits to breast cancer survivors because they include estrogen. The results of the study were published last week in the Journal of Clinical Oncology.

“Though most people associate hot flashes with menopause, the episodes also affect many breast cancer survivors who have low estrogen levels and often undergo premature menopause, following treatment with chemotherapy or surgery,” said lead author Dr. Jun J. Mao, associate professor of family medicine and community health. “These latest results clearly show promise for managing hot flashes experienced by breast cancer survivors through the use of acupuncture, which in previous studies has also been proven to be an effective treatment for joint pain in this patient population.”

Hot flashes are brief episodes of flushing, sweating, racing heartbeat and sensations of heat. Precisely how hot flashes arise isn’t known, though they are closely associated with decreased estrogen levels.

In the trial, the research team enrolled 120 breast cancer survivors, all of whom reported experiencing multiple hot flashes per day. Participants were randomized into four different groups that would analyze how effectively an acupuncture technique known as electroacupuncture – in which embedded needles deliver weak electrical currents – reduces incidents of hot flashes as compared to the epilepsy drug gabapentin, which was previously shown to be effective in reducing hot flashes for these patients. For an eight-week period, participants received 900 mg gabapentin daily, gabapentin placebo daily, electroacupuncture twice per week for two weeks, then once weekly or “sham” electroacupuncture, which involves no actual needle penetration or electrical current.

After the eight-week treatment period, the subjects in the electroacupuncture group showed the greatest improvement in a standard measure of hot flash frequency and severity, known as the hot flash composite score (HFCS). They were followed by the group that had received the “sham acupuncture” treatment. The gabapentin pill group reported less improvement than the sham acupuncture group and the placebo pill group placed last.

In addition to reporting the greatest reductions in hot flash frequency/severity, both acupuncture groups reported fewer side effects than either of the pill groups.

The Penn researchers surveyed the subjects 16 weeks after treatment ended, and found that the electroacupuncture and sham electroacupuncture groups had enjoyed a sustained — and even slightly increased — abatement of hot flashes. The pill-placebo patients also reported a slight improvement in symptoms, whereas the gabapentin pill group reported a worsening. 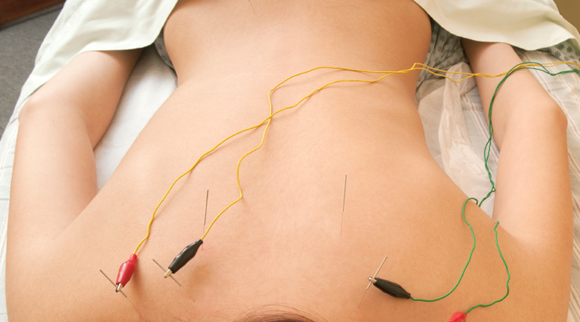 Even a placebo electroacupuncture showed a 25 percent reduction in symptoms. (Photo: merchantmiracle.com)

Compared to its sham version, electroacupuncture produced a 25 percent greater reduction in HFCS, suggesting that it really could work better – though the modest size of the study precluded a statistically definitive conclusion. However, the study did show with confidence that the sham acupuncture procedure worked better than a placebo pill at relieving hot flashes, presumably by creating a stronger expectation of benefit.

“Acupuncture is an exotic therapy, elicits the patient’s active participation and involves a greater patient-provider interaction, compared with taking a pill,” Mao said. “Importantly, the results of this trial show that even sham acupuncture – which is effectively a placebo – is more effective than medications. The placebo effect is often dismissed as noise, but these results suggest we should be taking a closer look at how we can best harness it.”

The sham acupuncture procedure also seemed to create a strikingly lower experience of adverse side effects, which were virtually absent in this group. Only one woman reported an episode of drowsiness from the sham acupuncture, whereas the placebo pill recipients reported eight adverse events such as headache, fatigue, dizziness and constipation.

Some have questioned whether acupuncture has a biological effect apart from the power of suggestion. There is evidence from prior studies that it can boost bloodstream levels of endorphins and related painkilling, mood-elevating molecules more directly than via suggestion. Studies also have found that traditional acupuncture works differently than sham acupuncture in the brain. But for patients, that issue may be moot if they can enjoy dramatic improvements in their quality of life, especially compared to no improvement if they receive no treatment.

Article by Perelman School of Medicine at the University of Pennsylvania