Pernot will lead travelers on an adventure to experience cultural and culinary treasures on the island. Working with Cultural Contrast, the leading provider of authorized people-to-people travel to Cuba for U.S. citizens, he will help foster first-hand connections between Americans and Cubans as the group navigates bustling city life, historic landmarks and discovers the new tastes of Cuba.

“It is always such a pleasure to be able to introduce others to this beautiful country with such a remarkable history, but to be able to do it in a time when the United States and Cuba are continuing to forge a positive, diplomatic relationship is truly an incredible opportunity,” Pernot said in a press release. “The culture, heritage and of course, the flavors of Cuba are so unique and unforgettable. It is a destination that everyone should experience.”

In addition to dining at the hotel, guests will travel to numerous local paladares, Cuba’s popular restaurants typically set inside a chef’s home, as well as other restaurants. Renowned paladares on the itinerary include Doña Eutimia; La Guarida; El Aljibe, Havana’s historic chicken and rice restaurant with a 100-year-old secret family recipe; the restaurant of Ivan Chef Justo housed in a colonial home in Havana Vieja; Restaurante Mangle Rojo, a popular Cuban hangout and personal favorite of Pernot; El Litoral; Ajiaco Paladar, in the town of Cojimar, where Ernest Hemingway dined daily alongside his boat captain; and Cocina de Lilliam.

The trip include activities such as a walking tour of historic old Havana with stops at the famous Cathedral Square, Plaza de Armas and the City Museum; a trip to the Artechef, the Havana Culinary School to learn about Cuba’s culinary education system; a stop at the Havana Farmers Market, one of the largest open-air farmer’s markets in Havana; a visit to a tobacco plantation in Viñales to learn the art of rolling a cigar; a visit to some of Cuba’s natural historic caves by boat; a visit to the Cuban Museum of Voodoo; a trip to the small fishing village of Jaimanitas to visit the Gaudi-inspired mosaic tile neighborhood project of artist Jose Fuster; Morro Castle, the historic Spanish fortress built in 1589; a visit to the Havana Club Rum Museum and H. Upman Cigar Factory; a trip to “Finca Vigia,” Ernest Hemingway’s Cuban home where he lived from 1939-1960 and penned For Whom the Bell Tolls and The Old Man and the Sea; excursions to the neighborhoods of Cojimar and Miramar; and a visit to one of the most successful organic urban farms in Cuba. The full itinerary is available online.

The group will depart from Miami and head to Cuba for a six-day, five-night journey through Havana. The culinary tour costs $3699 per person for double occupancy accommodations and $3999 for single occupancy. The cost includes round-trip airfare via American Airlines, five-star accommodations at Parque Central Hotel in Havana, tips, meals, each day’s guided activities, U.S. Treasury Department license and a letter of authorization from Cultural Contrast; an English-speaking Cuban tour guide, entrance fees for scheduled activities; ground transportation in Cuba, transfers and taxi fares to restaurants, paladares and other scheduled destinations. The cost excludes the expense of traveling to Miami before departure, emergency medical evacuation, trip cancellation coverage, air and visa processing fees, a $25 departure tax, baggage fees and alcoholic beverages.

For more information about the trip to Cuba, email info@cubalibrerestaurant.com. 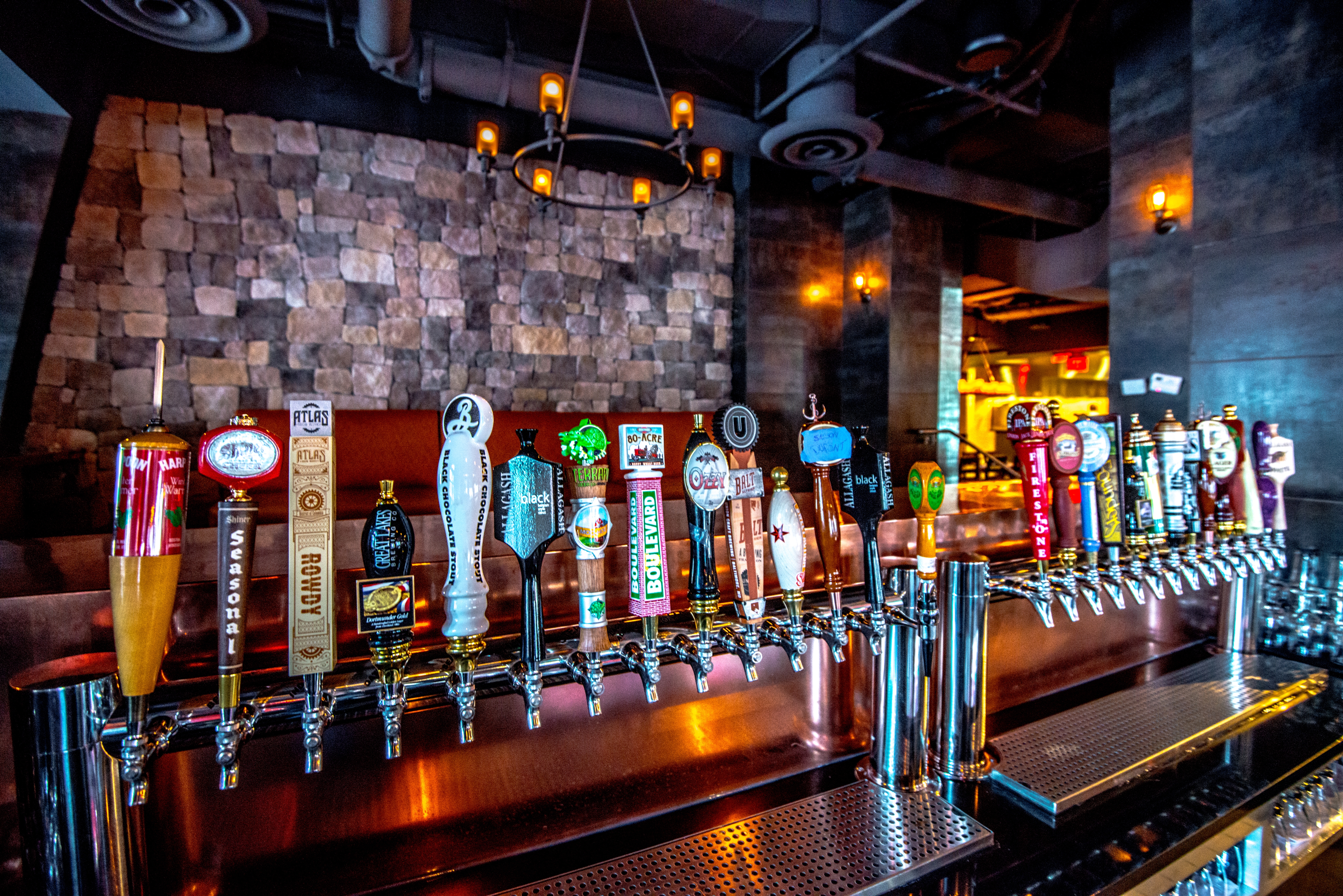 The final event in the series, “City Tap Haus,” will be held Oct. 1-4 and feature German brews and food.

Hitched up just outside the restaurant, it will serve favorites to-go from 11 a.m.-8 p.m. daily so guests can get their fix even before doors to Villain & Saint open at 3 p.m. Monday through Saturday or after Sunday jazz brunch.

Favorites from the regular menu will be served express from the new food trailer that’s equipped with a complete, compact kitchen. Dishes include a burrito with a choice of pulled pork, chicken or beef, a black Angus cheeseburger on a toasted brioche bun and a half rack of Saint Louis slow smoked pork ribs with baked beans and coleslaw.

The aluminum trailer is painted black and will have a semi-permanent home in the Farm Women’s Cooperative Market parking lot, adjacent to the restaurant. The food will be packed and ready go. The trailer can also be taken to parties and other catering events.

Station 4, 1101 4th St. SW, unveiled a new late summer dinner menu that can be enjoyed on the restaurant’s 56-seat patio. Also, baseball fans will get 10 percent off their total bills when they show their ticket stub after seeing a game at Nationals Park. The special applices to tasty bar snacks, as well as the full dinner menu during baseball season. 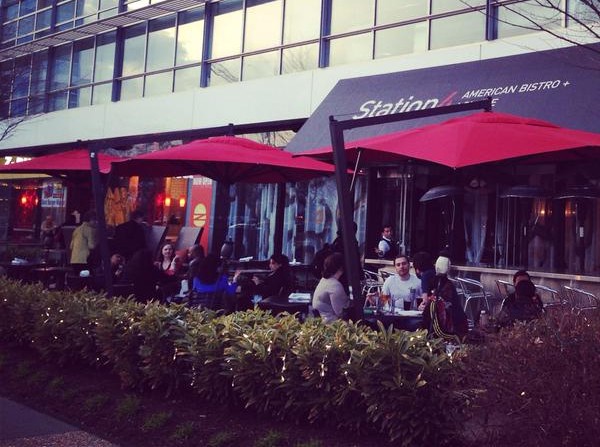 Duffy’s Irish Pub, 2106 Vermont Ave. NW, a neighborhood hangout that closed last November under heavy debt, will reopen with a new owner and a target date of mid-September. 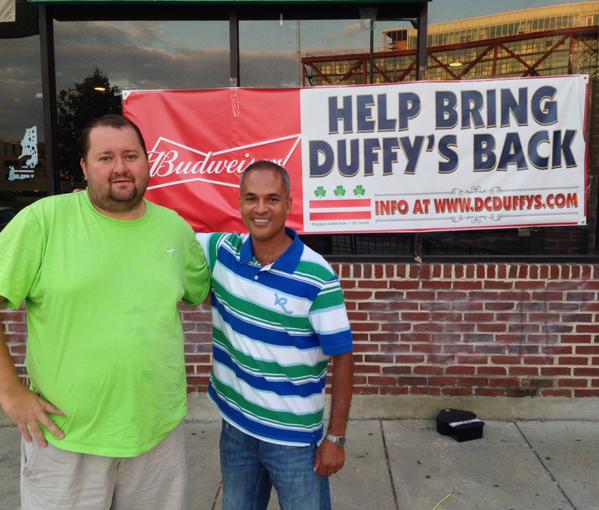 Former owner Andy Duffy, who will remain as general manager, told The Washington Post that Casey Callister, a local independent film producer, and owner of Garden Thieves Pictures, had purchased the restaurant.

Duffy also launched an Indiegogo campaign that allows customers to pre-purchase beers and the restaurant’s award-winning wings, with a fundraising goal of $150,000. In the first six days, 211 people had donated $13,775. Duffy said the bar would reopen whether or not the goal was reached.

Duffy racked up the debt that eventually shuttered the restaurant working on the bar and paying rent while fighting neighbors over the liquor license, then operated under a series of restrictions that forced the bar to close at midnight and restricted the use of the front patio.

The liquor license has been on “safekeeping,” deactivating it. The Alcohol Beverage Control Board, which is on summer break, will be asked to reactivate the license when it returns Sept. 9.

The interior and menu will remain mostly the same with the addition of fish and chips.

Dudley’s Sport & Ale will replace the Bungalow Sports Grill, which closed in June. 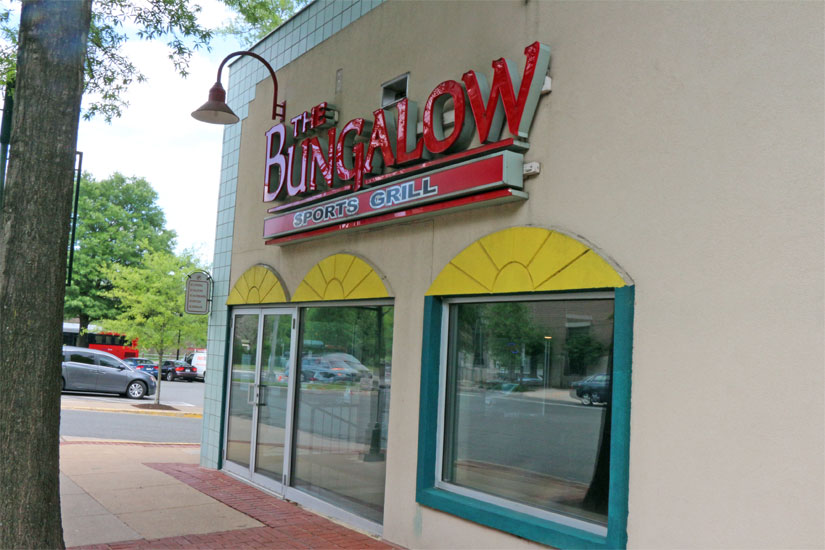 Dudley Sport and Ale will replace Bungalow Sports Grill in the Village of Shirlington. (Photo: ARLnow)

Owner Reese Gardner has lived in Shirlington for about 12 years, according to a post on Facebook. “A month or so ago when Bungalow closed I couldn’t resist. Knowing the area’s need for a sports bar I jumped a[t]the opportunity to take the space,” Gardner wrote. “I had one huge request for the reality company. Shirlington not only needs a sports bar it also needs a rooftop bar. With that being said they agreed and I happy to be bringing you Dudley’s Sport and Ale.” He also wrote Mike Rizzo, general managerof the Washington Nationals, had joined the company’s ownership team.

Dudley’s will open in winter 2016, according to its Facebook page, although Union Social, a new restaurant from the same owners was supposed to open last year in NoMa and still has not.