Isabella, Carrol to Open Eatery at The Wharf

Top Chef contestants Mike Isabella and Jennifer Carroll announced plans to open a new French Mediterranean restaurant at The Wharf, the new development being built along the Southwest Waterfront where Phillips Seafood, The Channel Inn and other restaurants and night clubs had been. 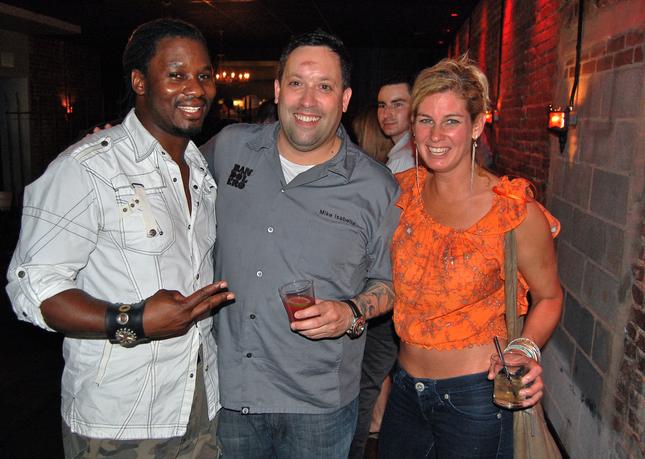 Mike Isabella (center) and Jennifer Carroll (right) will open Requin at the Southwest Waterfront and a pop-up at the Mosaic District. They are seen here at the grand opening of the failed Bandolero in Georgetown. (Photo: Georgetowner)

Isabella and Carroll announced on Tuesday that they would open Requin in the new $2 billion, 27-acre development from PN Hoffman and Madison Marquette that will stretch from the Municipal Fish Market to Fort McNair along the Washington Channel. The mixed-use development will include housing, offices, retail and restaurants. Other announced tenants include Canopy by Hilton, Hyatt House and and Intercontinental Hotel, and the American Psychiatric Association headquarters.

The Requin partnership with Carroll is similar to Isabella’s deal with Jonah Kim, who will be executive chef and partner at Yona, the Japanese noodle bar and small-plates restaurant scheduled to open this fall at 4000 Wilson Blvd., Ballston. Carroll and Kim will oversee the food and design at their restaurants, but Isabella will handle the financial and business aspects.

The 4,000 square-foot, free-standing Requin is slated to open in mid-2017 with Carroll at the helm. Requin, which is French for shark, will serve a seafood-heavy menu influenced by the food from France’s Mediterranean coast such as grilled whole fish, wood-fired shellfish, raw bar and seafood roasts, as well as steak and a classic cheese cart. In addition to coastal French cuisine, the restaurant will feature the largest wine program of any Mike Isabella Concepts restaurants. 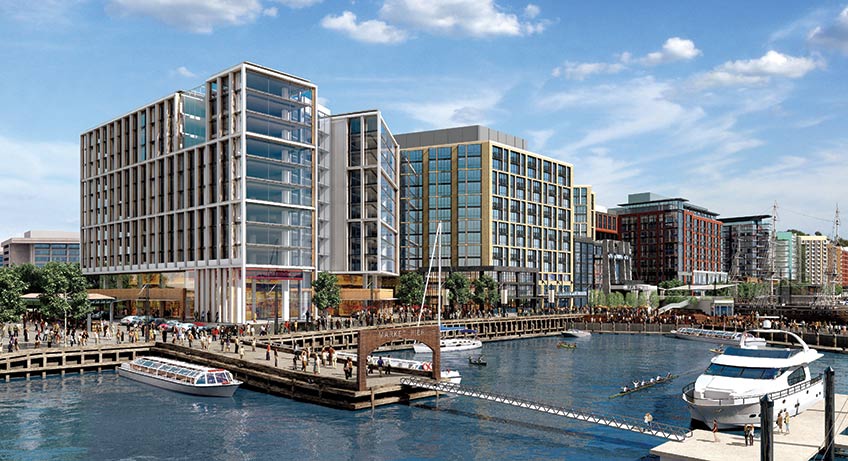 The single-story restaurant will be enclosed with glass walls and highlighted by steel beams and concrete accents. It will be located on The Wharf’s main boardwalk with elevator access to the parking garage. It will feature a patio that will more than double the restaurant’s seating during warm months. The wall facing the patio will open in the summer, creating a semi-open air environment inside as well.

Diners will get to preview the food this fall when Requin opens a pop-up at 8296 Glass Alley in Merrifield’s Mosaic District. The space was vacated earlier this week by temperamental chef R.J. Cooper’s Gypsy Soul restaurant, which ower Eskridge, the building’s owner, $277,790 in back rent for Gypsy Soul.

“Requin is a dream project in a dream location,” Carroll said in a press release. “Mike and I have been talking about working on something together for years, so when he approached me with the early ideas for a restaurant at The Wharf, I knew it was time. Requin is going to be a pretty ambitious restaurant, and as the chef and partner, I couldn’t be happier to be backed up by the proven team that Mike has put together, and it’s a bonus that we can begin cooking and testing the menu in Merrifield right away. I’ve had my eye on D.C. for a long time, and now I’ve finally found the right project and partner.”

Carroll previously worked with the Marcus Samuelsson Group at the Red Rooster in Harlem and the Bermuda pop-up Samuelsson at HP. She also worked as a sous chef at chef Eric Ripert’s Le Bernardin seafood restaurant in New York and later as chef de cuisine at 10 Arts Bistro & Lounge in Philadelphia. Carroll and Isabella were both on season six of Top Chef. 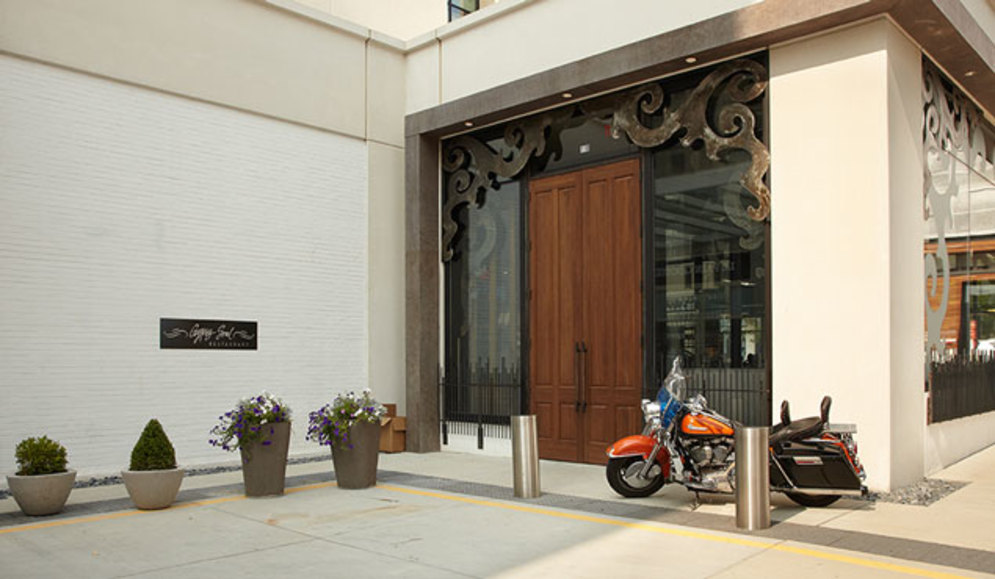 The Requin pop-up will be open for dinner only from Tuesday through Saturday through the end of the year. Then, in early-2016, Isabella will open a second Kapnos Kouzina, a Greek restaurant, in the Mosaic District space. The first Kapnos Kouzina is slated to open at 4900 Hampden Lane, Bethesda this fall. It will offer a homestyle take on regional Greek cooking that is more traditional and classic than the inland and coastal styles presented at the original Kapnos on 14th Street NW and Ballston’s Kapnos Taverna, which features Greek coastal cuisine.

Kapnos Kouzina will feature both small plates and large-format platters served family-style. Signature dishes will include Greek-spiced crispy chicken with attiki honey; braised lamb top round with lentils, eggplant, tomato and harissa; and whole roasted branzino in a spicy clam broth. It will also feature a few favorites from the original Kapnos, notably the stone bread and Greek spreads. Kapnos Kouzina will be open for weekday lunch and Carroll’s boyfriend, Billy Riddle, will be the chef de cuisine in Merrifield.

Another location of Kapnos Taverna is slated to open in College Park in early 2017. It will be in the University of Maryland’s 276-room hotel project, located across from campus on Route 1. A second location will open in September in terminal B/C at Ronald Reagan National Airport.

“I’m always looking to expand the Kapnos brand and grow Mike Isabella Concepts,” said Isabella in the press release. “So when Edens approached me about a space in Mosaic District, I thought it would be a great location for Kapnos Kouzina. Before we begin construction, we are going to use the existing restaurant space to test our brand new French Mediterranean concept later this year. I’ve been working on this concept for The Wharf in D.C., and now I have the perfect chef to partner with on the menu. Jennifer Carroll and I have remained friends since our first season of Top Chef. I’m so excited she is moving to D.C. to help take my team to another level.”