What Not to Do When Your Husband Cheats

There is nothing so terrifying in a married woman’s life than the threat of an unfaithful spouse. Why? Because most everything else we can handle; losing a job, losing a parent, the sickness of a child or relative. All of those things can be “fixed;” they have solutions that we can band together with our spouse to overcome. But an affair is the relationship equivalent of pouring Roundup on fresh, green grass; it kills everything around it. If you’re unfortunate enough to be faced with this situation, there are things you should do but more importantly, things you shouldn’t. Chin up, sweetheart. We’re going to get through this together. 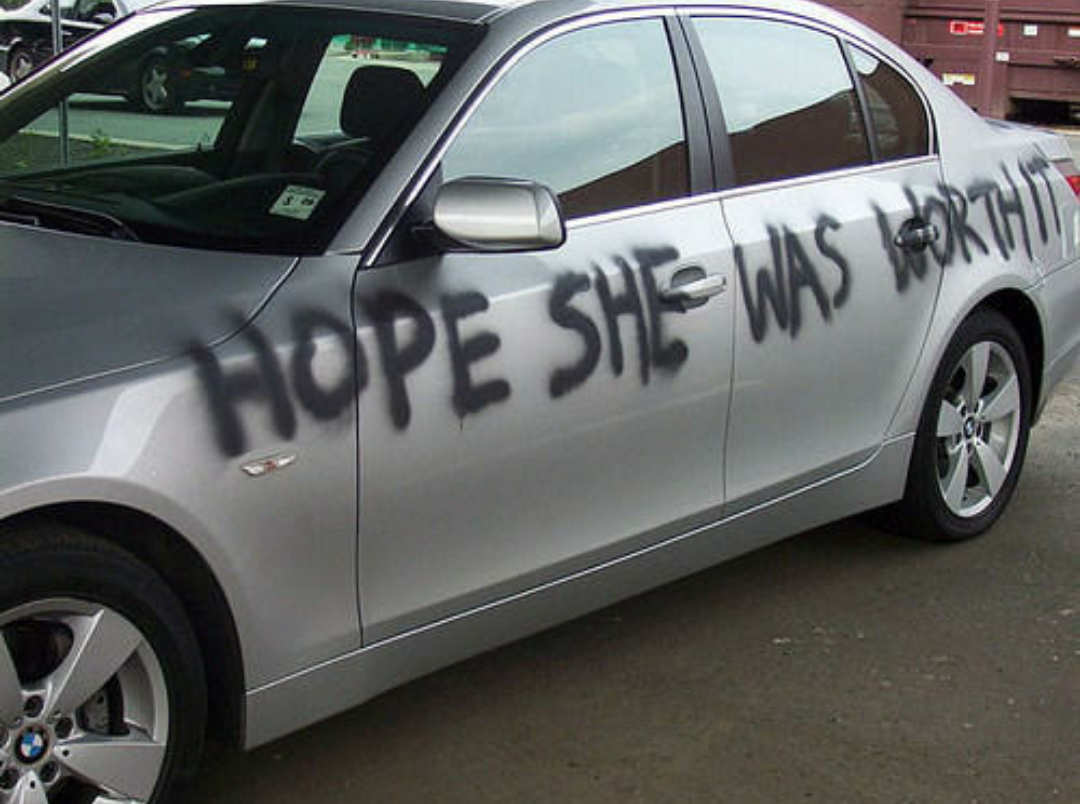 Getting destructive is not a good way to handle a break-up. (Photo: H. Agawarl/Flickr)

It’s easier said than done. When my ex told me (on New Year’s Eve, of all times) that he “thought” he was in love with someone else, my first thought was, “Oh snap, there’s not enough alcohol in the house for this crisis.” My second thought was to fall apart; cry, wail, scream, hit him until he felt as bad as I did in that moment. As tempting as those are — don’t. Instead, take a breath and repeat after me: This will not define me. And believe me, it won’t.

It’s so tempting to start calling every single friend you two have to dump on what your ex is doing to your life of bliss. The danger in this is that by doing it, you make yourself look really, really bad. Close friends and family that you KNOW is different, but beyond your small circle, resist the urge unless you want to come out looking like the “soon-to-be evil ex.” 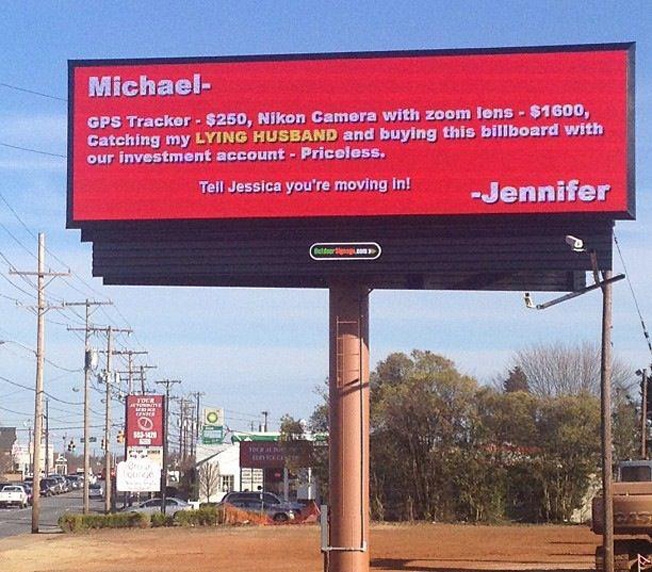 Oh, sure, it’s all fun and games until you “accidentally” shatter the front to his commemorative window box with a football signed by what’s-his-name. Any damage you do to the property in your home, regardless of whether it’s “yours” or “his” will have financial consequences for you later. So put that Sharpie down and don’t ask your bestie if three-four letter words need a hyphen or not. Just. Say. No.

4. Don’t involve the kids until you absolutely have to

Your kids are the audience to this mess; they have front row tickets to the show and you don’t want to give them any more fodder for their future therapists than you have to. So keep it between you and your ex until you absolutely must tell them what’s going on. And only the bare facts, if possible. Sorry, but a backhanded explanation of, “Sorry honey, daddy isn’t here now because he’s hanging out with his new friend with the fake breasts and letting mommy hold the bag of all our broken dreams” isn’t going to win you any points in the long run. Keep it clean, ladies.

5. Don’t play ‘Keeping up with the Joneses’

Many of my girlfriends played this game and it never ended well. He gets a new car, you get a Mercedes. He got a girlfriend who is five years younger, you’re dating someone 10 years your junior. He takes the kids to the zoo, you fly them to Disneyland. The kids don’t understand what’s going on, and even if they do there are no winners and the ante will always go up until it gets really nasty and you’re explaining to the judge why you bribed Cirque du Soleil performers to come to your five-year-old’s birthday bash.

Very few things anger me more than the girl who plays the victim after she’s been cheated on. What I’m referring to is the “Oh, I probably deserved it” mentality that makes most of us want to shake you until you snap out of it. You did nothing to “deserve” this. I don’t care if you did everything in your marriage from burning his dinner to ogling the pool boy as he changed the filter.

There is NO excuse for cheating. None. The minute you begin to feel as though “this is what you get” for marrying a man whose nickname in college was “hot dog,” you’re playing the victim.

No matter how much you desperately want (and he likely deserves) to have the crap beaten out of him, resist that urge. Yes, I know. After fuming about what’s happening, that Louisville Slugger in the back of his closet would appear to be the perfect solution. Trust me when I say, even a good hard (okay, partially satisfying) slap on his face isn’t going to feel as good as you think it will.

This is the person who has betrayed you in the most basic sense of the word. He has shattered your heart, but his shattered jaw is NOT going to make your heart whole again. Believe me when I say, paying a man named “Jimmy-the-Fist” is not going to help the situation any. If you must punch something, take a boxing class.

8. Don’t go all out Kardashian

This is going to be the hardest one to do in real life because our egos are bruised. She is the reason our “happily-ever-after” didn’t happen! Unfortunately, though, it DID happen, and you focusing your energy on slamming doors in her face when she shows up with him to pick up the kids is not going to make anything better. I’m not saying you have to schedule a mani/pedi day with her. I’m saying take the high road and tell yourself that the real reason your happily-ever-after didn’t happen isn’t just her, it’s him.

10. Don’t think your life is over, because it’s not

This is a chance for you to start again (scary as that might seem). Your story – the new one you’re living – has the chance for another happy ending. Yes, a different one than you imagined, but you never know. It could be better than the first.