There’s something for everyone to do this weekend in the DMV. The Loudon County Fair wraps up, while Redskins training camp begins. The Capital Fringe Festival is also wrapping up with extra performances of audience favorites. 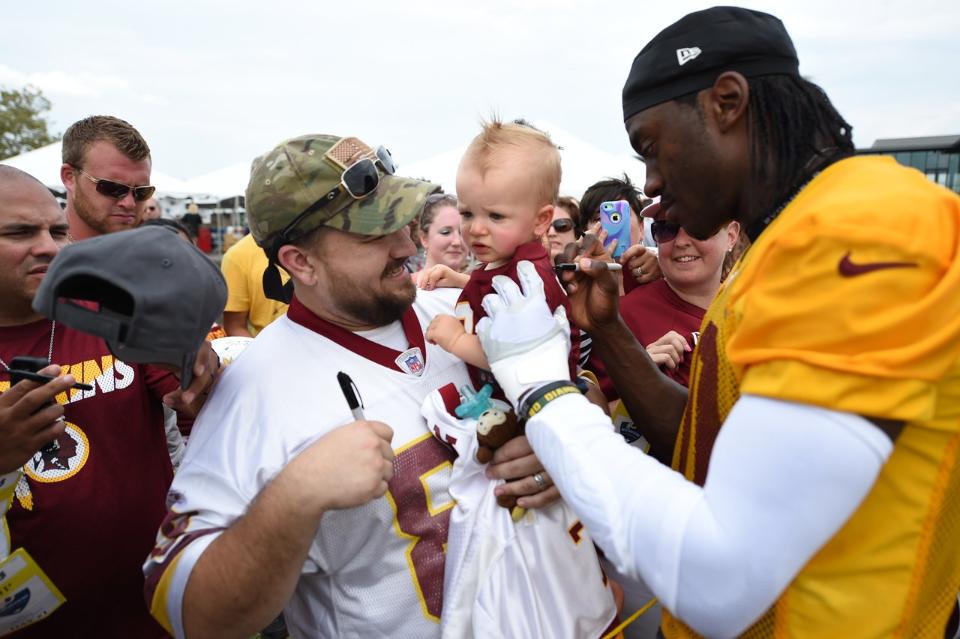 Fans get players’ signatures from RGIII on the first day of Redskins training camp in Richmond. (Photo: Washington Redskins)

The Washington Redskins fire up training camp this weekend in Richmond, with open practices on Friday, Saturday and Sunday. Redskins fans can get up-close look at quarterback Robert Griffin III’s progress, new players on the offensive line and the overhauled defense. Savor this moment, Redskins fans: Every NFL team is tied for first in the standings, nearly every football player is healthy and in great shape, and unbridled optimism is the dominant emotion. 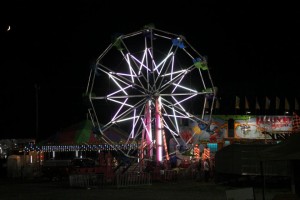 The Loudon County Fair continues at the fairgrounds in Leesburg. On Friday, see an acrobatics show, tinsmithing, a livestock auction and a watermelon eating contest; on Saturday, the professional bull riding and rodeo and the Kiss-A-Pig contest both start at 7:30 p.m., followed by open mike karaoke. The carnival, meanwhile, starts at 1 p.m. each day. 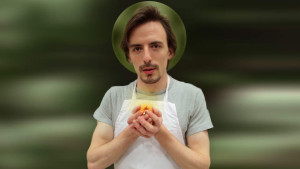 The expanded Capital Fringe Festival, one of the largest fringe festivals in the country, wraps up this weekend with shows through Sunday. Still going: St. Jimmy Celebrates The Food at Our Feet,” about a spiritual voyager who interacts with celebrity chefs from television — all played by Jimmy Grzelak; and #sexts, a one-act play by Ande De that gets all up into our relationships and technology. 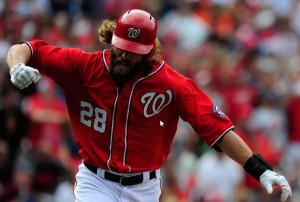 An exhibit celebrating a decade of the Nationals in D.C. opens this weekend at the Newseum. (Photo: Newseum)

A decade after the Montreal Expos relocated and the Washington Nationals became this city’s boys of summer, a new exhibit, Nationals at 10: Baseball Makes News opens at the Newseum. The exhibit examines the media coverage of the team during those 10 years and displays significant items, such as the ball Ryan Zimmerman poked over the fence in the first game at Nationals Park and Bryce Harper’s “Clown question, bro” T-shirt. On Saturday, there are special activities to mark the opening of the exhibit. Activities include indoor batting practice from 9 a.m.-5 p.m., gallery talks at 11:30 a.m. and 1:30 p.m., decorate baseball keepsakes including visors and foam mitts at noon and 4 p.m., race across a giant gameboard as you identify elements of a front page using sports milestones at 1 and 3:30 p.m., and take a look back at the team’s 10-year history with sports writer James Wagner at 2:30 p.m.

Aug. 1 and 2 from 9 a.m.-5 p.m. at the Newseum, 555 Pennsylvania Ave. NW. Admission on Saturday and Sunday is just $10 for adults and seniors — the Nats are out of town. The exhibit runs through Nov. 27 — but otherwise admission is $22.95. Up to four youths are free with each paid adult or senior admission. 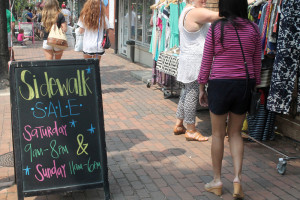 Shop Old Town and Del Ray this weekend for bargains up to 80 percent off during Summer Sidewalk Days. (Photo: Visit Alexandria)

Aug. 1 and 2 in Old Town and Del Ray sections of Alexandria. Hours vary by merchant. Admission and parking at city meters are FREE! 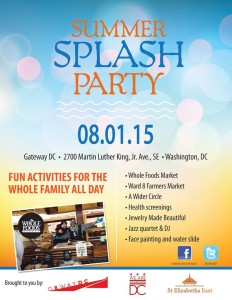 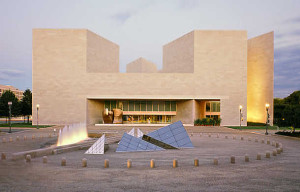 The East Building of the National Gallery of Art has been closed for renovations for more than a year. But patrons who have missed visiting architect I.M. Pei’s modern building can catch a glimpse this weekend when the 500-seat auditorium reopens for film screenings. This weekend’s films are a tribute to Albert Maysles, who died in March. On Saturday, Grey Gardens will be shown at 1 p.m. and Salesman at 3 p.m. Sunday’s film is the Rolling Stones concert documentary from 1970, Gimme Shelter at 4 p.m.

Aug. 1 at 1 and 3 p.m. and Aug. 2 at 4 p.m. at the National Gallery of Art’s East Building Large Auditorium, Fourth Street and Constitution Avenue NW. Admission is free, but seating is first come, first served.

Watch Star Trek at Wolf Trap — it could be the perfect environment in which to watch director J.J. Abrams’s 2009 reboot. The movie will be shown in HD on a big screen while the National Symphony Orchestra conducted by Emil de Cou performs Michael Giacchino’s score live. 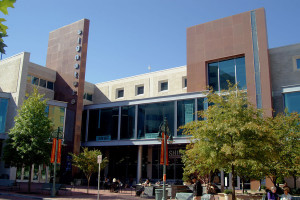 The Signature Theatre in Shirlington will hold an open house on Sunday. (Photo: Ecragg/Wikipedia)

The Signature Theatre Open House packs a lot into one day, with singers, bands and choruses performing on the Plaza Stage and a Signature Voice competition in the Max Theatre, in which the winner gets to join the Broadway on the Plaza Grand Finale performance. Thre will be performances every 15 minutes, master classes and cabarets. In addition, there will be activities and games for families, free snacks and opportunities to purchase discounted tickets to shows from the upcoming season. A complete schedule is available online.