Ant-Man Climbs to the Top

Disney’s Ant-Man debuted in first place last weekend (July 17-19) with $57.23 million. The Paul Rudd led comic book film from Marvel opened on the low end of expectations, which ranged from $57 million-$65 million heading into the weekend. Ant-Man delivered the second smallest debut ever for a Marvel Cinematic Universe film, which had been largely expected given the lower profile status of Ant-Man compared to other Marvel superheroes. Ant-Man opened 3 percent ahead of the $55.41 million debut of 2008’s The Incredible Hulk and 12 percent behind the $65.06 million start of 2011’s Captain America: The First Avenger. The film will face tough competition over the next few weeks from the likes of Sony Pictures’ Pixels, Paramount Pictures’ Impossible – Rogue Nation and 20th Century Fox’s Fantastic Four. 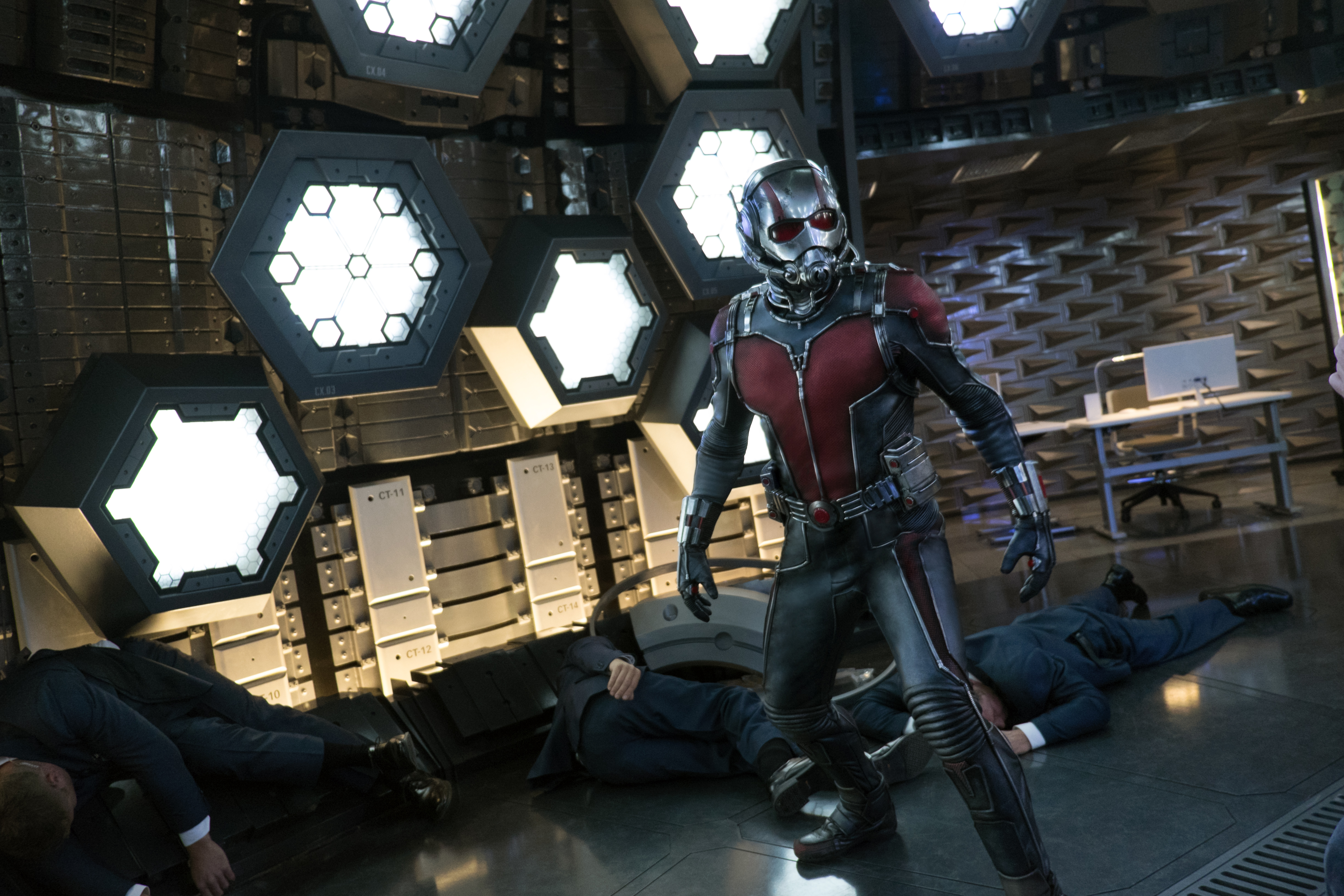 Minions was down one spot from the previous weekend to claim second with $49.27 million. The blockbuster 3D computer animated spin-off from Universal Pictures and Illumination Entertainment didn’t hold up as well as had been expected, as it was down 57 percent in its second weekend. Minions likely took a larger hit among the non-family portion of its audience, which had been fairly large in size opening weekend. While Minions is set to be significantly more front-loaded than both of the previous installments of the Despicable Me franchise, the film is still performing extremely well in the bigger picture, especially with its relatively modest cost for a computer animated films in mind. Minions zoomed past the $200 million domestic mark last weekend and has grossed $215.77 million through 10 days of release. That places the film 9 percent ahead of the $197.93 million 10-day take of Despicable Me 2, though Minions does have an advantage in the current comparison as a result of Despicable Me 2 being a Wednesday release. Whether or not Minions is able to stabilize this coming weekend will likely have a lot to do with just how much appeal Pixels ultimately has with family audiences.

Fellow Universal release Trainwreck was off to an impressive start with a third place take of $30.10 million. The Amy Schumer led comedy from director Judd Apatow opened just ahead of its expectations, which were anywhere from $20 million-$30 million heading into the weekend. Strong critical reviews, high levels of pre-release hype surrounding both the film and Schumer and the built-in fanbase of Schumer and Apatow all helped lead to the film’s successful launch. Trainwreck is likely to hold up well through the rest of the summer.

Inside Out surpassed the $300 million domestic mark after placing in fourth last weekend with $11.54 million. With the initial rush-for Minions now out of the way, Inside Out stabilized nicely by decreasing just 35 percent from the previous weekend. The 3D computer animated film from Disney and Pixar has grossed $306.25 million in 31 days and is likely to continue to hold up well going forward thanks in part to strong word of mouth and the relative lack of other high-profile animated releases throughout the rest of the summer.

Universal’s Jurassic World rounded out the weekend’s top five with $11.45 million. In the process, the 3D sci-fi adventure sequel became just the fourth film ever to surpass the $600 million domestic mark without adjusting for inflation. Jurassic World reached the $600 million mark in just 36 days; easily making it the fastest film ever to do so. The previous record holder, 2009’s Avatar, reached the mark in 47 days.Jurassic World continues to display strong holding power, especially considering the new direct competition it faced from Ant-Man, as it was down 37 percent. Jurassic World has grossed $611.23 million in 38 days and is just $12.13 million away from surpassing the $623.36 million final gross of 2012’s Marvel’s The Avengers to move into third place on the all-time unadjusted domestic list.