Sunburn Tattoos Are Trendy, But Dangerous

They may look neat, but the dangers of sunburn tattoos far outweigh the coolness factor.

The trend has some individuals creating temporary tattoos by using sunblock or sunscreen to either stencil or freehand designs onto their skin. Then, they sun themselves until their skin turns brown or red and contrasts with the protected skin. While the resulting patterns can be intricate and impressive, the long-term effects of practicing this art are anything but cool. 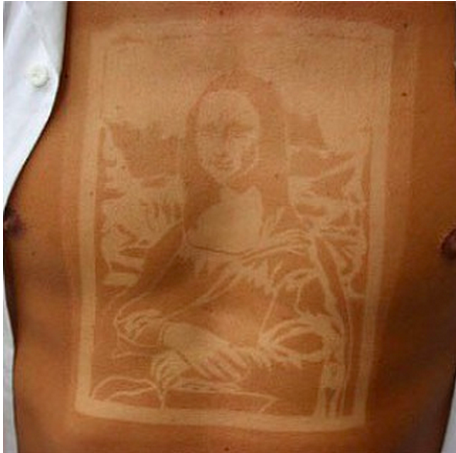 Sun tattoos are becoming an exceedingly popular trend, but while many are seeing the trend as a less permanent means of body art, experts say the trend has long-term consequences including the possibility of skin cancer.(Photo: etoocheninteresno/Instagram)

“When you get any kind of unprotected sun exposure, you are doing damage to the DNA in your skin cells,” said Dr. Michael Ioffreda, a dermatologist at Penn State Hershey Medical Center. “Your skin has memory, so the damage accumulates over time. Eventually, your body’s repair mechanisms can’t keep up and skin cancers erupt.”

And while you may or may not get skin cancer – and maybe not for a couple of decades – there are more imminent, unappealing side effects of unprotected sunning. Wrinkles are one thing. But strangely colored spots and irregular pigmentation of the skin can also occur. None of the outcomes involve the kind of healthy, radiant skin most people want.

While individuals who have some degree of natural pigmentation in their skin are less at risk for the harmful effects of unprotected sun exposure, damage can still be done.

“As dermatologists, our stance is that there is no safe level of sun exposure,” Ioffreda said. “We can’t say it’s OK to get a tan once a week because we don’t know what the threshold is.”

His recommendation is that everyone – male and female – use a daily moisturizer with sunscreen in it. For those who have more daily sun exposure than simply traveling among their house, car and workplace, he recommends a broad spectrum sunscreen with an SPF of at least 30. 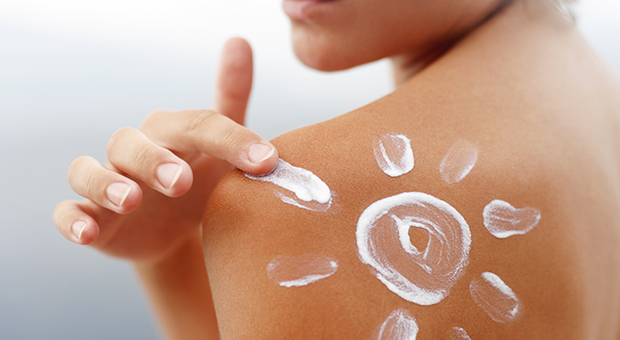 If you’re impatient, use a sunblock such as titanium dioxide or zinc oxide instead. “That’s the real white stuff that lifeguards use,” Ioffreda said. “It’s almost like putting paint on your skin but it works immediately to reflect the sun’s rays.”

Spending time outdoors in the early morning or later afternoon and evening instead of peak sunlight hours can help minimize exposure, as can wearing protective clothing such as long sleeves, a broad-brimmed hat and sitting beneath an umbrella if you plan to spend time on a patio or beach.

Although Ioffreda can see the appeal of this latest trend of sunburn tattoos – it doesn’t cost anything, you can do it yourself and you can use it to express your creativity – he can’t help but wonder: why not just use a self tanner or spray-on tanner? “You can get the same effect without the damage.”