Music lovers rejoice – there’s plenty of concerts on tap this weekend in the DMV. Classic Soul Night returns to Carter Barron Amphitheatre, Whoppi Goldberg comes to the Kennedy Center, Salt-N-Pepa play at the Howard Theatre, the National Symphony Orchestra performs Pokemon music at Wolf Trap and Jessica Boykin-Settles presents a jazz concert at the Hill Center. There are also movies – the Hong Kong Film Festival begins at the Freer Gallery of Art and Screen on the Green makes its annual debut on the Mall this coming Monday. There’s plenty of other events to fill your weekend also. 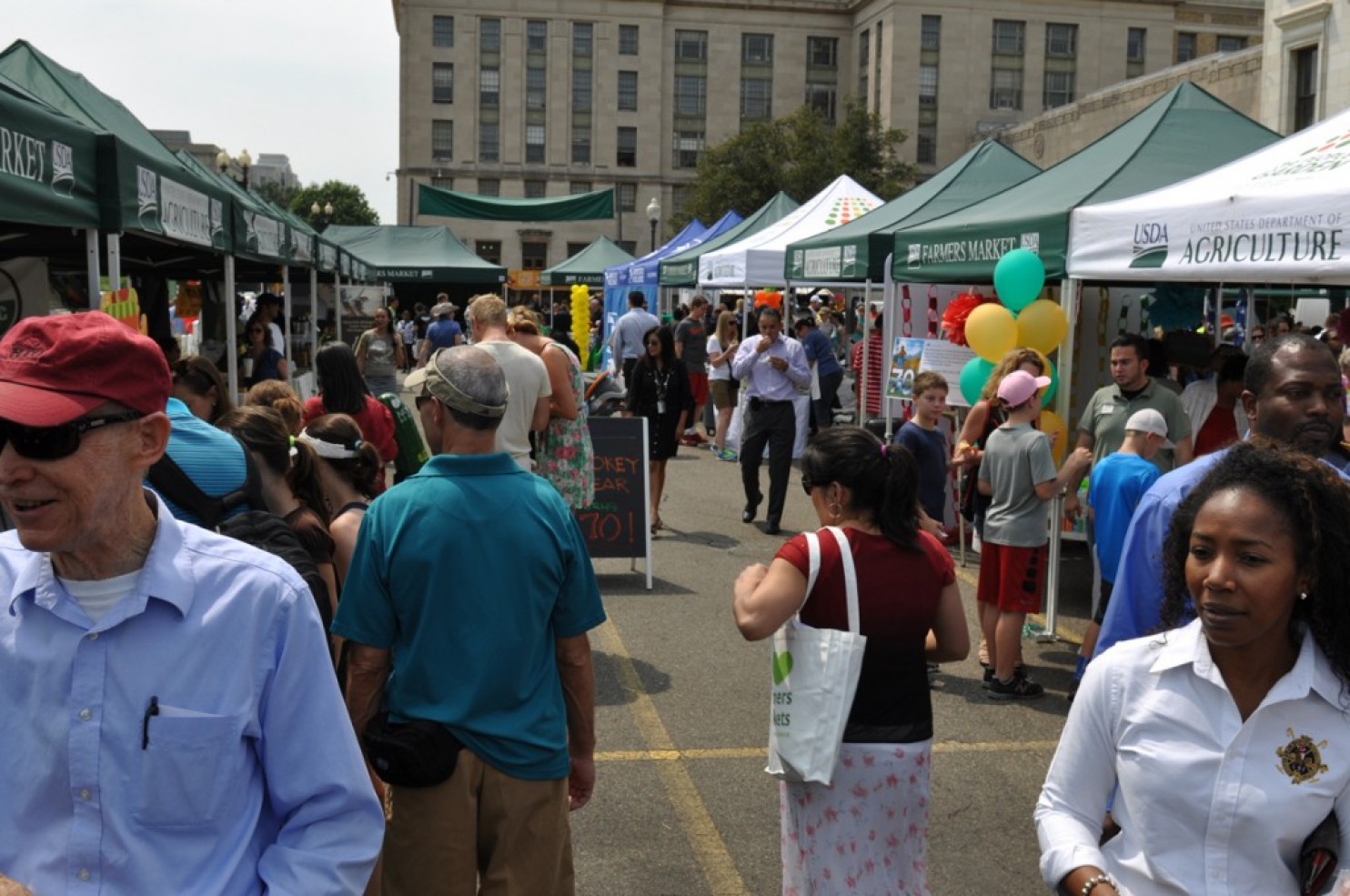 Bring your dancing shoes, friends, and appetite! The third in a series of six monthly USDA Farmers Market at Night this month’s “Hot & Cold” theme will feature Brazilian music, local food trucks and free blueberry ice cream. DC Choro, a Brazilian band, will heat things up by playing the best of samba, bossa nova, forro, and choro. Participating food trucks include Carolina Q, Dirty South Deli, Fava Pot, Greatest American Hot Dogs, Randy Radish and Sang on Wheels. More than 10 members of Union Kitchen, a D.C.-based food incubator, and other local food businesses will offer delicious dinner options along with fresh fruits and vegetables, cut flowers, breads and baked goods, cheeses and specialty items — all perfect for an evening picnic on the National Mall. July is the peak season for blueberries in North America and National Blueberry Month. The U.S. Highbush Blueberry Council will be at this month’s night market to celebrate the 100th birthday of the blueberry and its journey from farm to table. To celebrate, night market vendor Ruby Scoops will give away 100 cones of blueberry honey cheesecake ice cream. Vendor Spoil Me Rotten, will have frozen blueberry dog treats for sale. 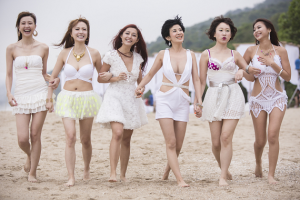 The annual Made in Hong Kong Film Festival celebrates 20 years of Hong Kong movies at the Freer/Sackler with screening and special events, including guest appearances, new hit films and rare classics. Friday’s film is Dearest, the winner of two Hong Kong Film Critics’ Society Awards. This griping, morally complex drama is based on a true story of divorced parents spending years searching for their missing child. When they finally track him down, he is with a poor woman who has no idea that her now-deceased husband abducted him, and the boy has no memory of his real parents. Sunday’s film is Golden Chickensss. Actress Sandra Ng returns to her iconic role in this reboot of the popular Golden Chicken series. In the first two films, Ng played a fast-talking prostitute. Ten years later, she now runs her own crew of high-class escorts, including Ivana Wong in a performance that earned her awards for Best Supporting Actress and Best New Performer at the 2015 Hong Kong Film Awards.
Beginning with a spoof of the famous opening scenes of 2001: A Space Odyssey — which explains how prostitutes came to be known as “chickens” in Hong Kong slang — the film’s goofy plot strings together a series of hilarious gags and dirty jokes. Both films have English subtitles. 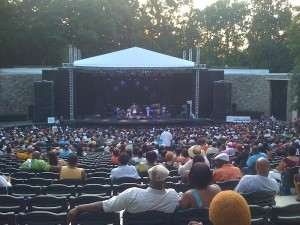 Concertgoers at a concert at Carter Barron Amphitheatre.
(Photo: Lionjack/Wikipedia)

Don’t miss out on the annual summer concert series at Carter Baron Amphitheatre, which starts Friday night. This year’s Classic Soul Night features performances by Mousey Thompson and the James Brown Experience, Skip Mahoney & the Casuals and William DeVaughn. Seating is on a first come, first served basis. Visitors are permitted to bring snacks and non-alcoholic beverages into the amphitheater.

Whoopi Goldberg, undoubtedly one of the world’s most recognizable celebrity faces, is coming to the Kennedy Center. She’s also one of the select few to have won Emmy, Grammy, Oscar and Tony Awards. The actress, musician comedian and current moderator of The View will perform stand-up when she comes to town. 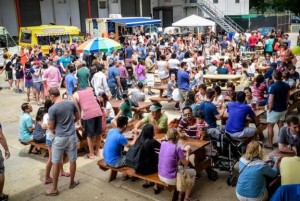 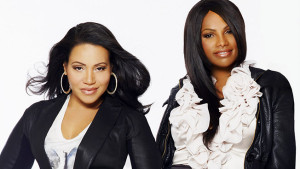 Beloved Queens hip-hop duo Salt-N-Pepa haven’t released a new album since 1997, but no matter. As the first ever female rap crew, Salt-N-Pepa broker barriers and opened does wide open that were once closed to women in hip-hop. If you attend Cheryl James’ and Sandy Denton’s Howard Theatre gig on Saturday, you’ll almost definitely hear Push It, Tramp, Shake Your Thank, Shoop and Whatta Man. What more could you possibly want? 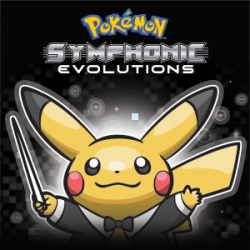 If you’re looking for some artful nostalgia, something to take you back to the simple, Gameboy Color days, you should check out Pokemon: Symphonic Evolutions with the National Symphony Orchestra. The performance will include new arrangements of classic Pokemon music from every handheld game from the original Pokemon Red and Blue all the way to the recently-released Pokemon X and Y set to projected clips from the video game. 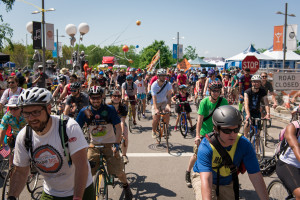 Looking for a fun outdoor activity on Sunday? Consider partaking in the New Belgium Brewing’s D.C. Sunshine Ride & Post-Cycle Soiree. You’ll get to travel by bike past the up-and-coming neighborhoods of NOMA and Brookland, exploring art spaces and culinary pop-ups then relax at Union Market with some cocktails and live comedy from Church Night. Riders receive one free New Belgium beer. Riders receive one free New Belgium beer and discounts on food and beer pairings from Union Market vendors. Suburbia will be serving fancy beer cocktails crafted with New Belgium’s Pear Ginger Beer and 1554 Black Lager. You can also shoot your own video at the Bicycle Pledge Booth and take home some New Belgium swag Proceeds benefit the Earn-A-Bike youth programs.

Jazz on a Summer’s Eve 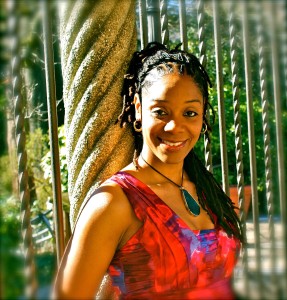 Jazz vocalist and Howard University adjunct music professor Jessica Boykin-Settles performs an outdoor performance in the Hill Center’s gardens for Jazz on a Summer’s Eve. The concerts are perfect for an evening picnic with friends or family! Beer, wine and other concessions are available for sale. The event features an opening Q&A between Boykin-Settles and CapitalBop’s editors Luke Stewart and Giovanni Russonello followed by two free sets on the lawn. Boykin-Settles is best known for her skills as an educator—in addition to teaching at Howard University, she regularly offers lessons at museums and theaters, mixing jazz history with performances of tunes by classic jazz vocalists. Boykin-Settles has a sound entirely of her own, smooth and authoritative and often rhapsodic.

July 19 from 5-7 p.m. at the Hill Center at the Old Naval Hospital, 921 Pennsylvania Ave. Admission is FREE, but seats must be reserved online. 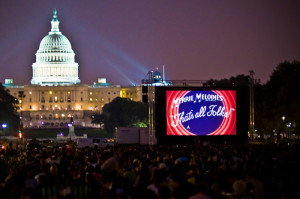 Screen on the Green kicks off Monday night with North by Northwest. (File Photo)

Sure, a number of free outdoor movie series began in June, or even earlier. But they’re all dwarfed by Screen on the Green, which drops a 40-foot movie screen on the National Mall near the Air and Space Museum. The four-week series kicks off on Monday with the Hitchcock classic North by Northwest. Films start as the sunsets, which is usually between 8 p.m., but veterans know to arrive much earlier with blankets and picnic in tow.

July 20 and every Monday through Aug. 10 staring at sunset on the National Mall between fourth and Seventh Streets. Admission is FREE!