Sunday brunch has become as much of a tradition in the DMV as cherry blossoms in April, fireworks on the Fourth of July and humidity in the summer. And one of the best brunches in the area by far is Sunday Jazz Brunch at Georgia Brown’s, 950 15th St. NW. 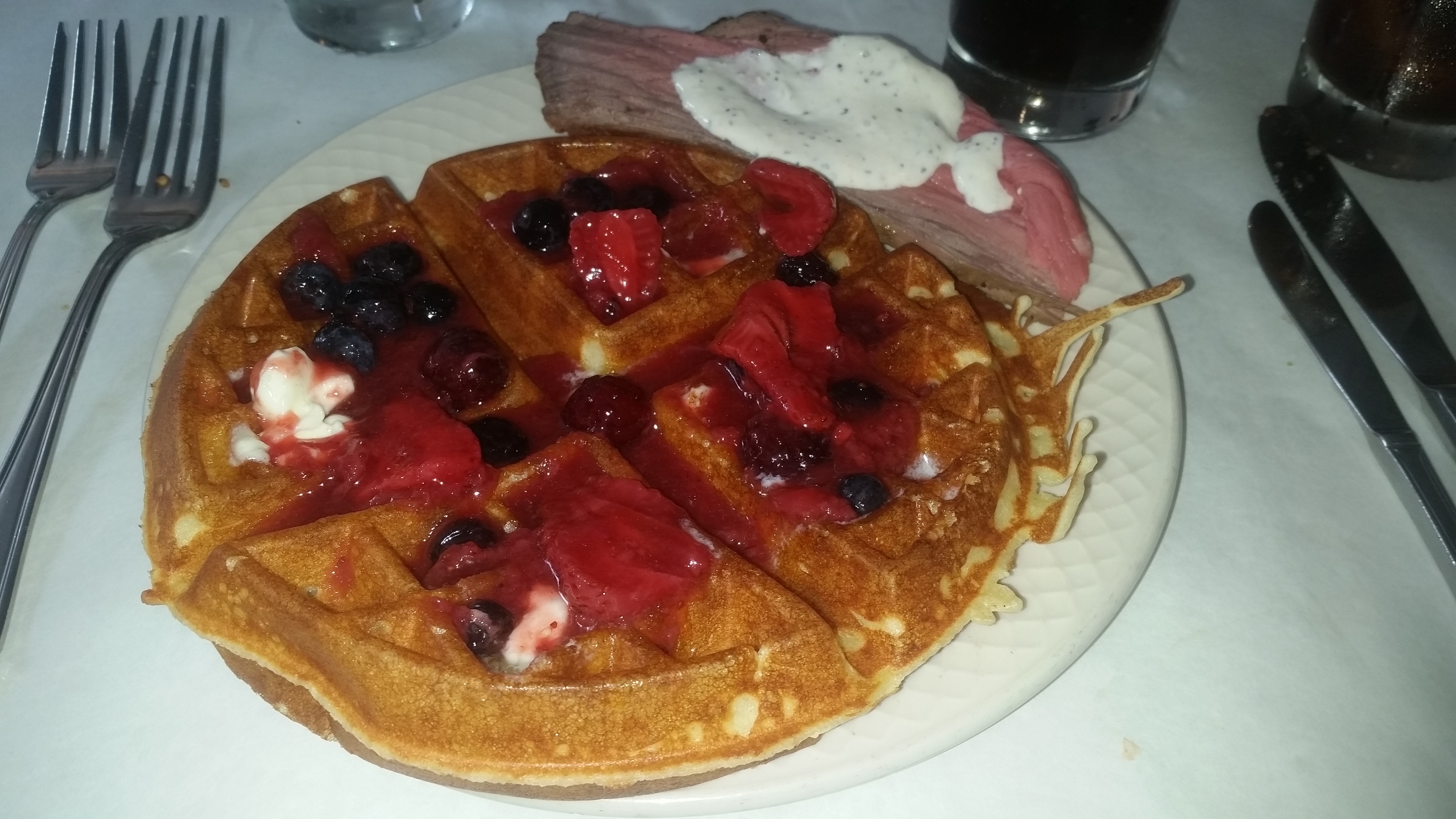 A made-to-order Belgian waffle with berry topping and rosemary crusted top round with horseradish sauce.
(Photo: Mark Heckathorn/DC on Heels)

The upscale Southern restaurant cornered the DMV’s brunch market long before Sunday brunch became a trend, and they have maintained their place on the lists by consistently serving good food in a great atmosphere.

There are two parts to the brunch at Georgia Brown’s — the buffet and the entrees. It is a lot of food, and they know it, which is why they recommend upfront that you take the entree to go instead of overeating. All of that for $41.95 a person or $21.95 for children 5-12. It’s not the cheapest deal in town, but this is one of the only places that will encourage you to take the main dish home to enjoy later. When you factor in that you get dinner that night or lunch the next day and the quality of the food, this may be one of the best values for your money. 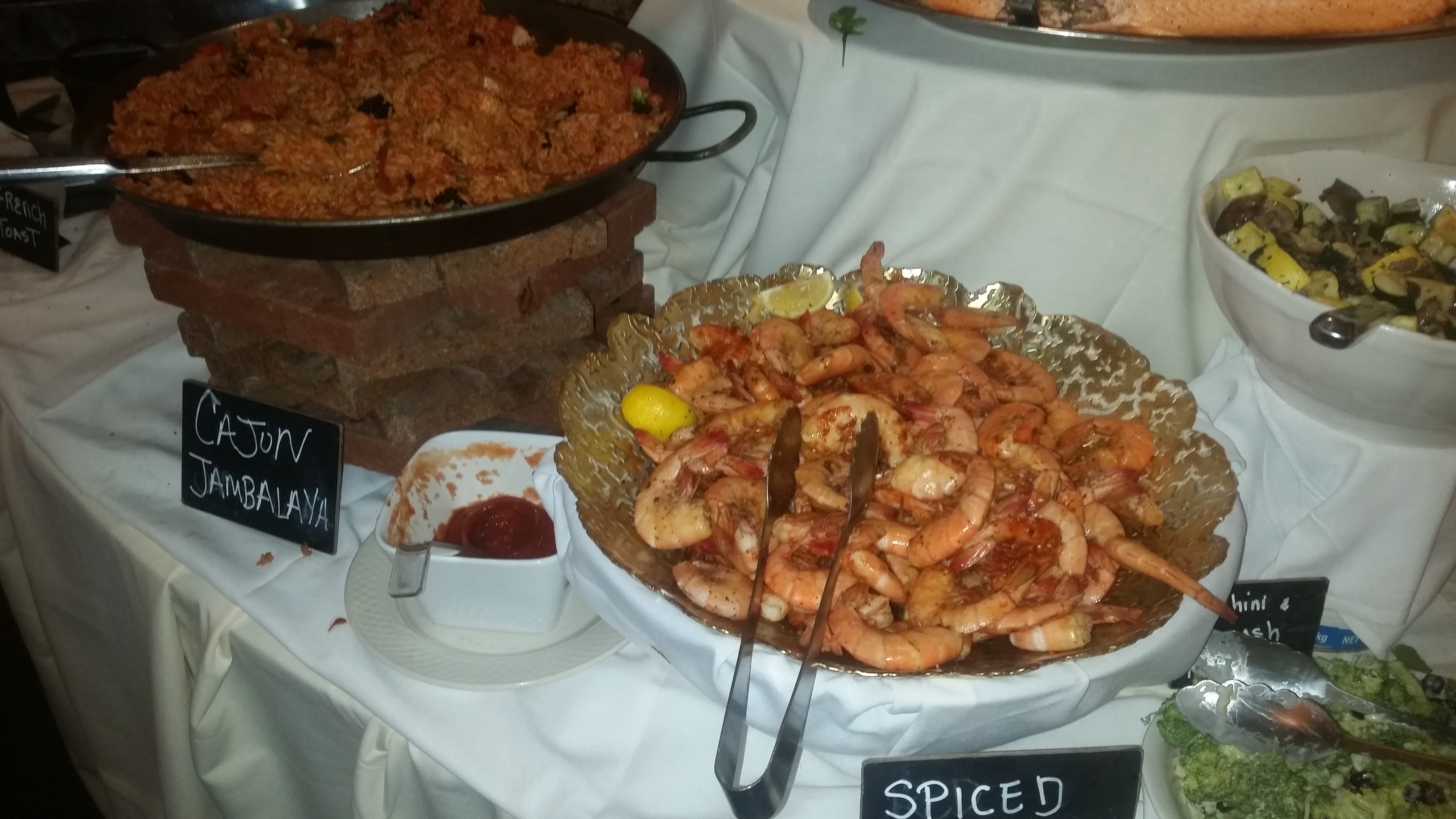 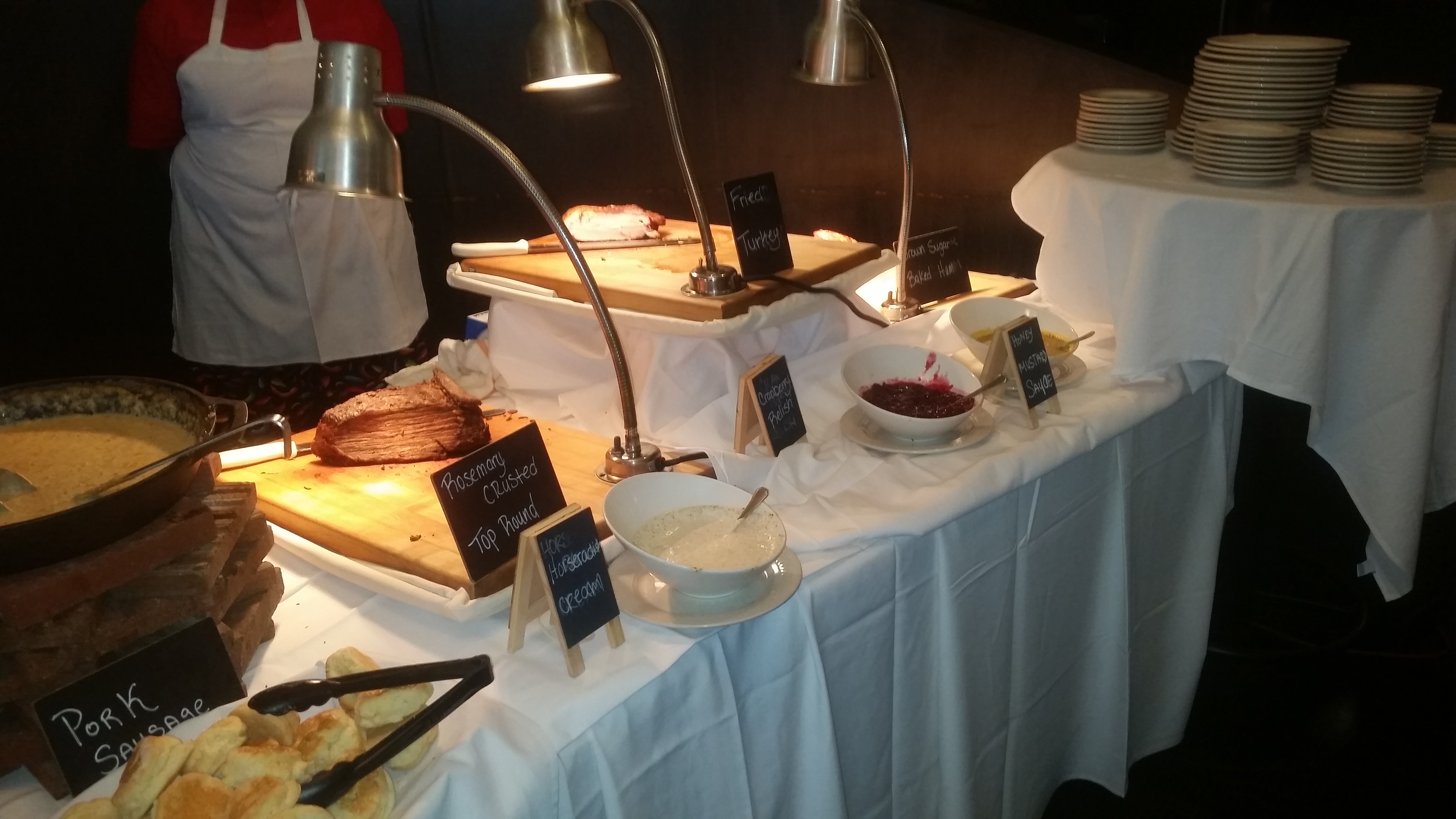 Both my guest and I went back around for second and third helpings so we could get a little taste of it all. By the time we got through the buffet, we didn’t have any room for the entrees, which is the norm here — our server asked if we wanted them boxed to go when he took our entrée order. 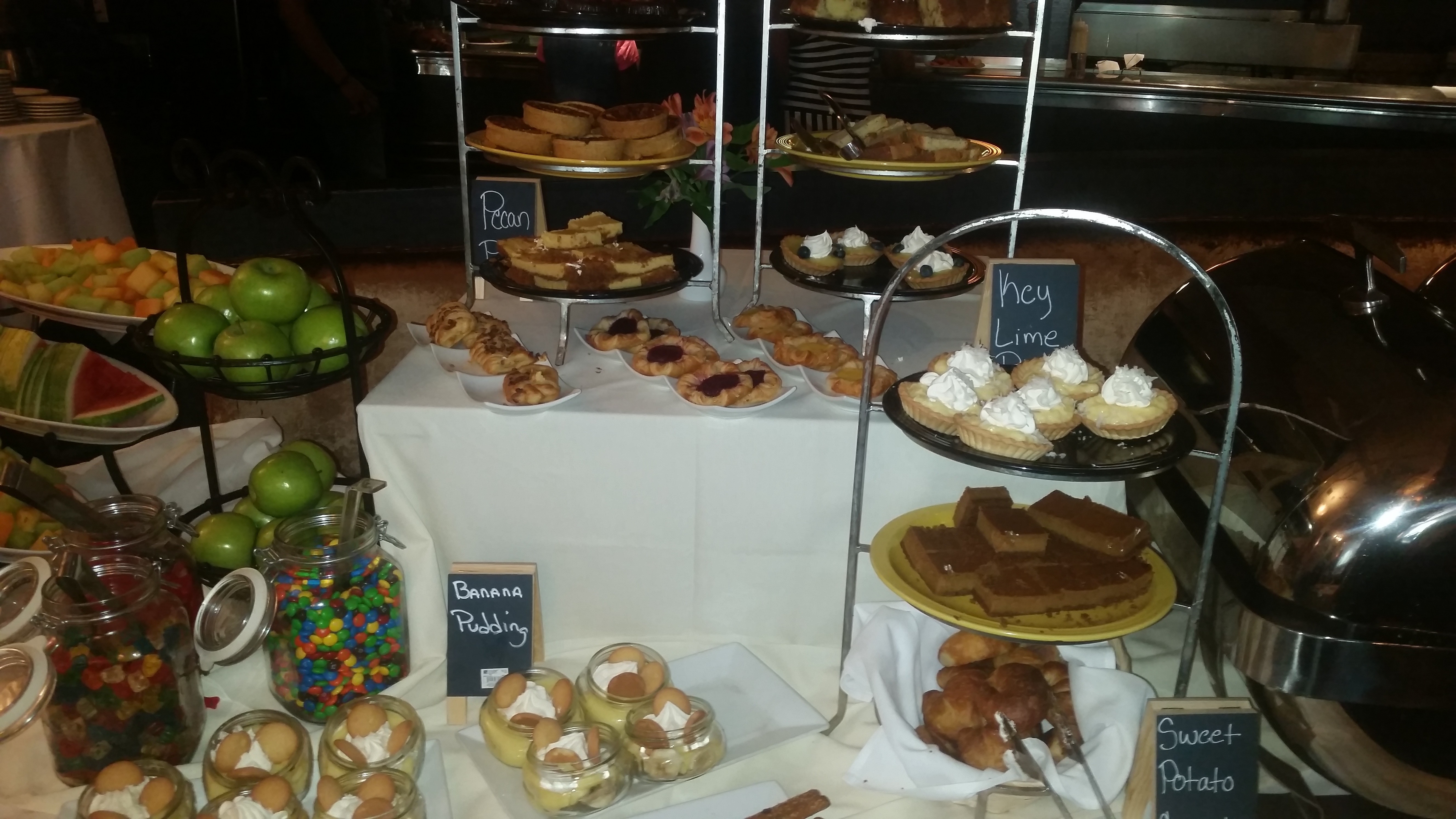 The dessert table is overflowing with fruit, pastries and candy. (Photo: Mark Heckathorn/DC on Heels)

We both chose the shrimp and grits, which made a delicious dinner the next day.

The only drawback is that drinks aren’t included, though for the price you should get a cocktail from the awesome menu of libations. A cocktail can be added for $12 each or bottomless mimosa and bloody Mary’s can be added for $25 per person.

Also, during my visit we were seated neat the live jazz trio. The volume was a bit loud combined with the crowd to carry on much of a conversation.