Inside Out Overtakes Jurassic World

It was a very close race last weekend between fellow blockbusters Inside Out and Jurassic World. As of Sunday Universal Pictures’ Jurassic World had the edge based on studio estimates, but ultimately Disney’s Inside Out finished in first with a take of $29.77 million. Jurassic World placed in a close second with $29.24 million. The two films were separated by just over half a million for the weekend. On the heels of two relatively close second place performances the previous two weekends, last weekend represented the first time Inside Outtook first place over the weekend. 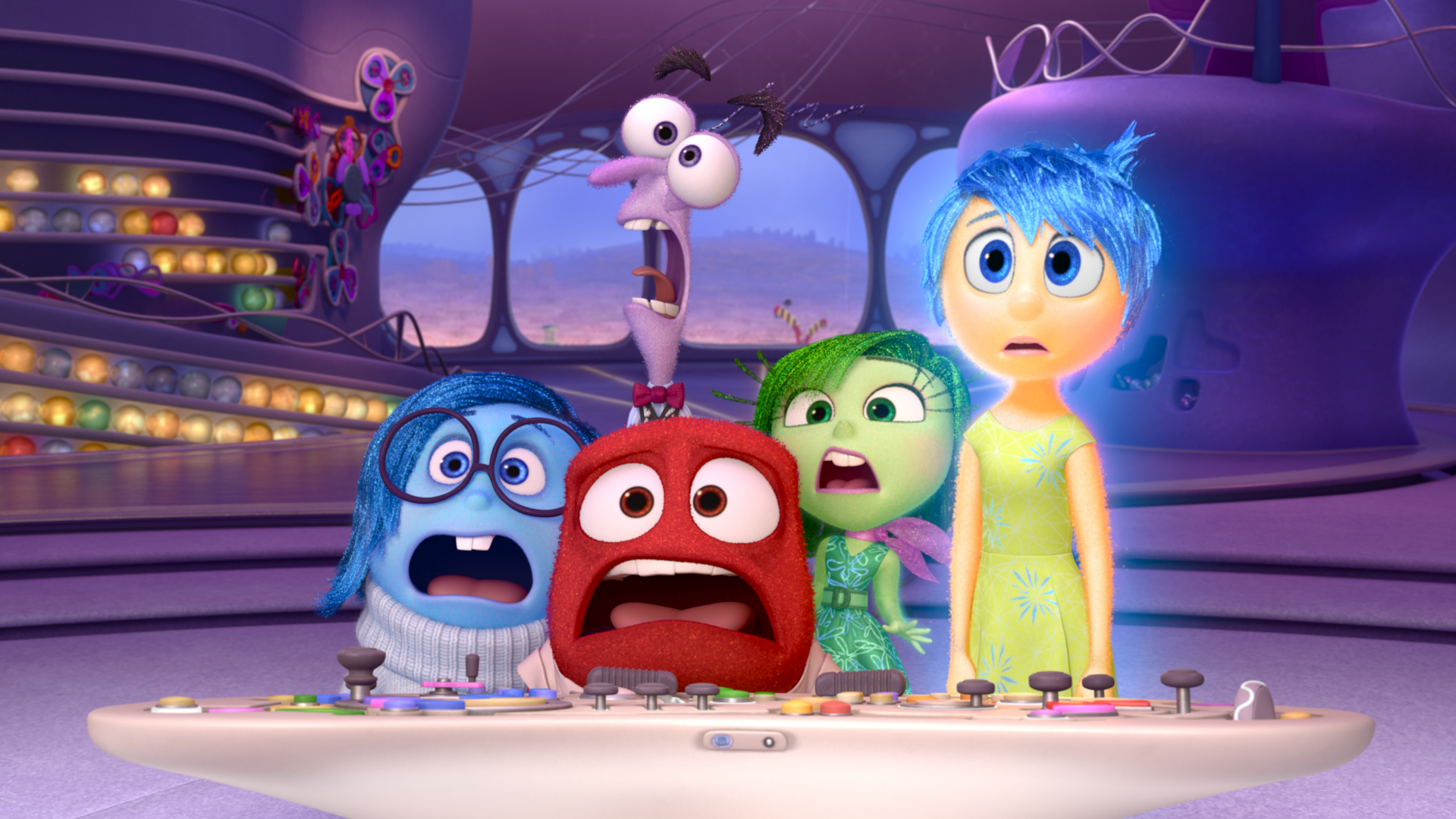 Sadness (L to R), Fear, Anger, Disgust and Joy from Inside Out. (Photo: Pixar)

Inside Out was down 43 percent from the previous weekend. Holdovers in general were noticeably affected by Independence Day falling on Saturday this year — the first time since 2009. Inside Out continued to exceed expectations with a strong 17-day start of $245.89 million. That already makes the film the fourth highest grossing release of 2015 thus far behind only Jurassic World, Avengers: Age of Ultron and Furious 7. Compared to other previous blockbusters from Pixar, Inside Out is running an impressive 14 percent ahead of the $216.25 million 17-day take of 2013’s Monsters University and 15 percent behind the $289.11 million 17-day gross of 2010’s Toy Story 3. Competition for family audiences will soon get tougher with the release of Universal’s highly anticipated Minions this coming Friday.

Jurassic World dropped 46 percent from the previous weekend’s performance. Without adjusting for inflation, Jurassic World registered the third largest fourth weekend performance of all-time behind only 2009’s Avatar and 2012’s Marvel’s The Avengers. Jurassic World has grossed a massive $556.54 million through 24 days of release. Last weekend the film surpassed the $534.86 million final gross of 2008’s The Dark Knight to move into fourth place on the all-time unadjusted domestic list. Jurassic World is now just $66.82 million away from passing the $623.36 million final domestic gross of The Avengers to move into third place on the list.

Paramount Pictures’ Terminator Genisys wasn’t far behind with a third place debut of $27.02 million. The Arnold Schwarzenegger led 3D sci-fi action sequel has grossed $42.47 million through five days of release. Terminator Genisys is performing a bit below scaled back expectations and in the bigger picture is performing softly with both its cost and the previous history of The Terminator franchise in mind. Terminator Genisys is running 35 percent behind the $65.32 million five-day start of 2009’s Terminator Salvation, which opened on a Thursday, and 41 percent behind the $72.39 million five-day take of 2003’s Terminator 3, which opened on a Wednesday. Going forward, Terminator Genisys faces direct competition from the likes of Disney’s Ant-Man, Sony’s Pixels and fellow Paramount release Mission Impossible: Rogue Nation throughout the month of July.

After getting off to a solid start on Wednesday and Thursday, Warner Bros. Pictures’ Magic Mike XXL lost momentum over the weekend and had to settle for a distant fourth place take of $12.86 million. That placed the five-day start for the Channing Tatum led sequel at a significantly softer than expected $27.89 million. The film’s early front-loading is a troubling sign going forward, though some of the front-loading is clearly due to the film being greatly affected by Independence Day falling on Saturday — the film was down 60 percent from Friday to Saturday. Magic Mike XXL is running 44 percent behind the $49.62 million five-day take of 2012’s Magic Mike, which opened on a Friday. It will be helped out by its very modest production budget.

Universal’s Ted 2 rounded out the weekend’s top five with $11.17 million. On the heels of the previous weekend’s softer than expected start, the Seth MacFarlane directed comedy sequel was down a sharp 67 percent. Ted 2 has grossed a much softer than expected $58.50 million in 10 days. That places the film a disappointing 51 percent behind the $119.85 million 10-day take of 2012’s Ted, which fell just 41 percent in its second weekend to gross $32.20 million. Given its far poorer second weekend hold and its nature as a sequel, Ted 2 is set to fall further and further behind the pace of its predecessor going forward. Ted and Magic Mike broke out at the same time three years ago during the summer of 2012, but in hindsight audiences clearly weren’t all that hungry for a sequel to either film.

Max held up far better last weekend with a sixth place take of $6.62 million. The modestly budgeted family film from Warner Bros. and MGM was down 46 percent from the previous weekend. Max continues to perform in line with expectations with a solid 10-day take of $25.38 million.