Jurassic World, Inside Out Hang On at Top

In a tight race for first place last weekend, Universal Pictures’ Jurassic World was able to hold off Disney’s Inside Out with a weekend take of $54.53 million. The two films were separated by only $2.21 million over the weekend. Jurassic World fell 49 percent from the previous weekend’s performance, which was inflated by the Father’s Day holiday. The film claimed the third largest third weekend performance of all-time without adjusting for ticket price inflation; behind only the $68.49 million third weekend take of 2009’s Avatar and the $55.64 million third weekend take of 2012’s Marvel’s The Avengers. 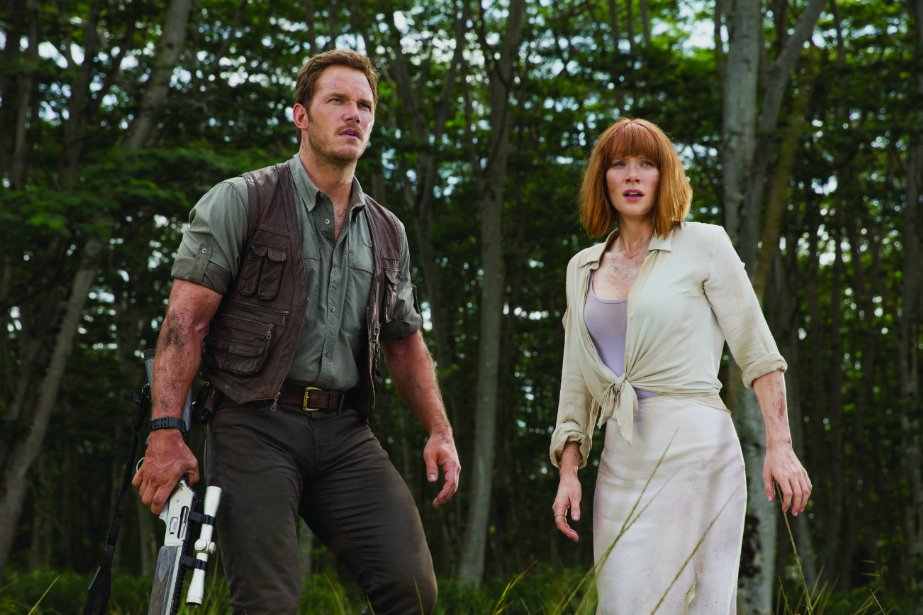 urassic World held onto its top spot for the third weekend in a row. (Photo: Chuck Zlotnick/Universal Pictures)

Jurassic World surpassed the $500 million mark on Sunday and has grossed $500.37 million in 17 days. In reaching the $500 million domestic milestone in 17 days, Jurassic World easily shattered the previous record of 23 days held by The Avengers. Jurassic World is now the highest grossing release of 2015 to date domestically as it has zoomed past the $452.47 million total gross of Avengers: Age of Ultron. Without adjusting for inflation, Jurassic World is already the fifth highest grossing film of all-time domestically. The film is running an impressive $42.70 million and 9 percent ahead of the $457.67 million 17-day take of The Avengers.

Inside Out held up nicely over the weekend with a second place take of $52.32 million. The 3D computer animated blockbuster from Pixar declined 42 percent from its already stronger than expected debut. That represented a stronger second weekend percentage hold than those of both 2013’s Monsters University, which fell 45 percent to gross $45.61 million, and 2010’s Toy Story 3, which fell 46 percent to gross $59.34 million. Extremely strong word of mouth and critical reviews, being a non-sequel and being more weekend heavy than other recent Pixar films all helped Inside Out last weekend. Inside Out continues to exceed its already lofty expectations with a 10-day take of $185.14 million. That places the film 9 percent ahead of the $170.43 million 10-day gross of Monsters University and 18 percent behind the $226.89 million 10-day take of Toy Story 3.

While Jurassic World and Inside Out continued to excel, Ted 2 was off to an underwhelming third place start with $33.51 million. The Seth MacFarlane directed comedy sequel from Universal and MRC opened well below expectations, which had tended to range anywhere from $45 million to $60 million. Ted 2 appears to have suffered significantly from being unable to stand out from its predecessor. Mixed critical reviews didn’t help either. There’s also little doubt that potential for the film was ultimately limited by the breakout performances of both Jurassic World and Inside Out. Ted 2 opened 38 percent below the $54.42 million debut of 2012’s Ted and as a sequel is highly likely to be more front-loaded than its predecessor was.

Meanwhile, Max debuted in line with more modest expectations with a fourth place take of $12.16 million. The modestly budgeted family film from Warner Bros. Pictures and MGM was off to a solid start last weekend, especially given the competition it faced for family audiences from Inside Out. The film is likely to hold up well going forward, although it will face competition for family audiences from Universal’s highly anticipated Minions beginning July 10.

Twentieth Century Fox’s Spy rounded out the weekend’s top five with $7.91 million. The Melissa McCarthy led comedy held up well again last weekend as it was down just 29.5 percent. After getting out of the gates slower than expected, Spy has stabilized nicely over the past two weeks thanks in part to strong word of mouth. Spy also likely received an added boost from the softer than expected start of Ted 2. The 24-day total for Spy stands at $88.46 million.