Jurassic World continued to roar at the box office over weekend with a first place take of $106.59 million. The Chris Pratt led 3D blockbuster sequel from Universal Pictures and Legendary was down 49 percent from its opening weekend’s record-breaking performance. That represented an exceptional second weekend hold for a film of its size; especially given the significantly stronger than expected start of Inside Out over the weekend. Jurassic World set a new record for the largest second weekend gross of all-time, as it topped the $103.05 million take of 2012’s Marvel’s The Avengers by $3.54 million. The feat is even more impressive given that Jurassic World was coming off of much stronger first-week midweek business than The Avengers did thanks in part to opening in June as opposed to May. 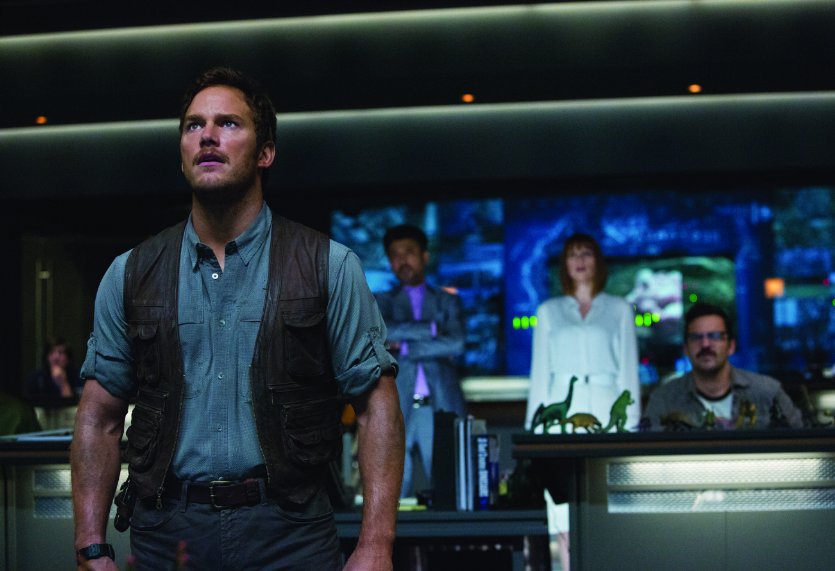 Jurassic World has grossed $402.80 million in just 10 days of release, which represents the largest 10-day start of all time. Jurassic World is also the fastest film to ever hit the $400 million mark domestically, as it easily beat the previous mark of 14 days that had been set by The Avengers. Thanks in part to its stronger midweek business, Jurassic World is running $29.73 million and 8 percent ahead of the $373.07 million 10-day take of The Avengers.

Without adjusting for inflation, Jurassic World is the 18th highest grossing film of all-time domestically. The film has now surpassed the $402.45 million unadjusted domestic lifetime gross of 1993’s Jurassic Park and in the coming days will pass the $449.45 million current gross of Avengers: Age of Ultron to become the highest grossing release of 2015 thus far domestically. At its current rate, Jurassic World shouldn’t have any problem becoming only the fourth film of all-time to reach the $600 million unadjusted domestic mark. The other three films being 2009’s Avatar and 1997’s Titanic and The Avengers.

In a stunning box office performance of its own, Disney’s Inside Out was off to a very strong second place start of $90.44 million. The critically acclaimed 3D computer animated film from Pixar exceeded expectations, which had been held in check after the break-out performance of Jurassic World and tended to range anywhere from $60 million to $75 million heading into the weekend. Without adjusting for inflation, Inside Out delivered the largest opening weekend performance ever for a non-sequel from Pixar, topping the $70.47 million start of 2004’s The Incredibles. Inside Out claimed the second largest opening weekend take ever for a Pixar film, including sequels, behind only the $110.31 million debut of 2010’s Toy Story 3. The opening weekend for Inside Out was the seventh largest ever for the month of June without adjusting for ticket price inflation. It was no doubt helped by its nearly universal glowing reviews, by its unique concept in a summer driven by sequels, the relative lack of family and computer animated fare thus far in 2015 and by a strong marketing campaign. It will likely hold up well over the next few weeks until Universal’s highly anticipated Minions comes out on July 10.

Twentieth Century Fox’s Spy placed in a distant third with $11.23 million. The Melissa McCarthy led comedy stabilized nicely last weekend as it was down 28 percent from the previous weekend. Spy has grossed a respectable, but softer than expected $75.10 million through 17 days.

Warner Bros. Pictures’ San Andreas also stabilized with a fourth place take of $8.71 million. The Dwayne Johnson led 3D disaster film was down 19.5 percent, as the film was helped by the Father’s Day holiday and by rebounding from the hit it took from the launch of Jurassic World. San Andreas continues to exceed expectations with a 24-day take of $132.70 million.

Dope rounded out the weekend’s top five with a $6.10 million start. The Rick Famuyiwa directed comedy drama from Open Road debuted just below already modest expectations. Strong critical reviews and strong early buzz from Sundance earlier in the year were ultimately unable to transfer into any type of opening weekend break-out for Dope. It will hope to build off of its strong initial word of mouth and critical reviews going forward.