There’s a new restaurant in the Village at Shirlington across from the transit center that’s serving up authentic Italian cuisine with a modern twist. 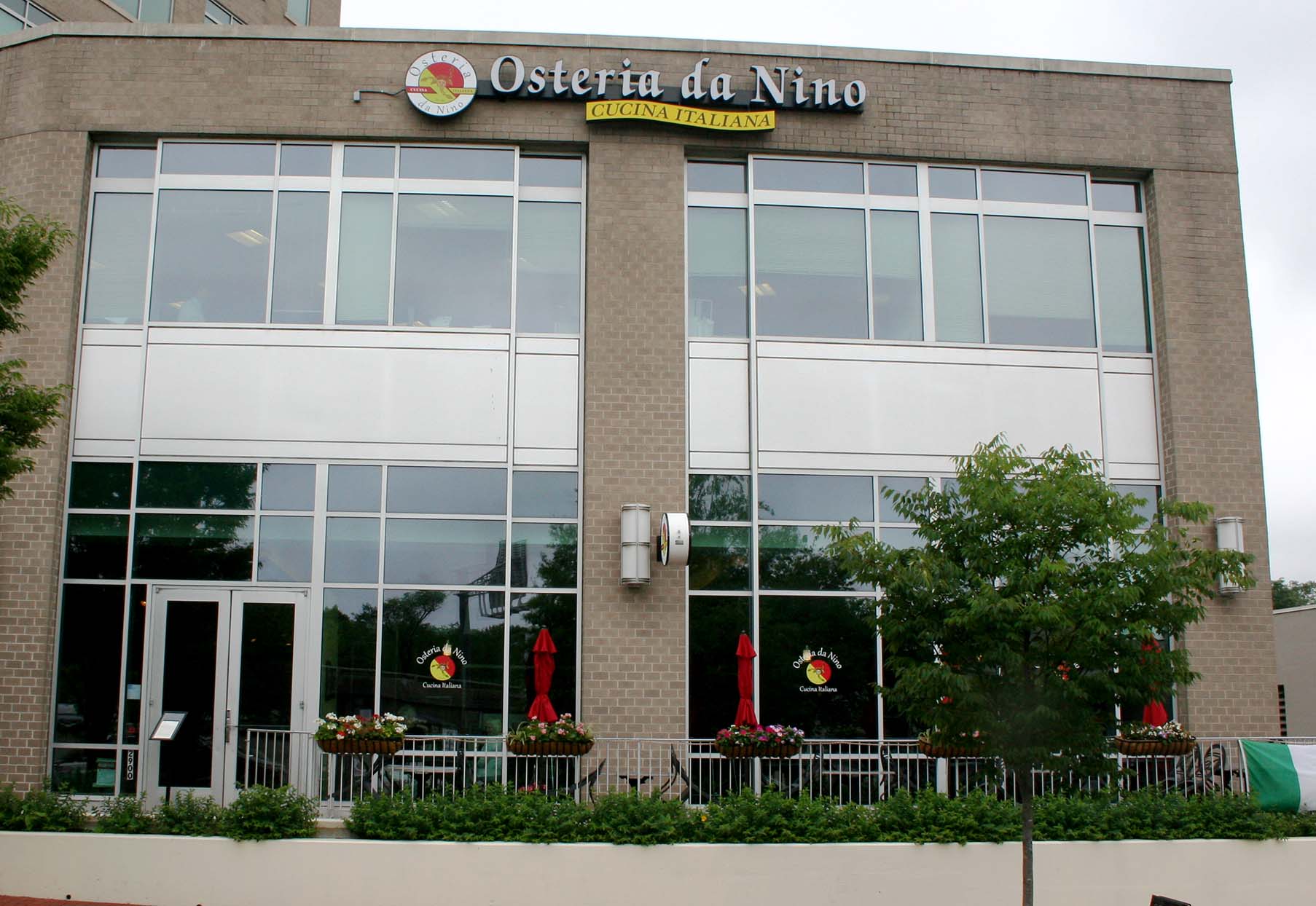 Just off I-395, Osteria da Nino opened Apr. 3 at 2900 S. Quincy St., Arlington, where the Curious Grape wine bar and retail store had been. Owner Nino Pino grew up in Letojanni, Sicily, and previously owned Zibbibo 73 in Stafford for 3 1/2 years. He’s also managed Primi Piatti in D.C., Palio in Leesburg and Zeffirelli’s in Herndon. Co-owner Jim Manchisi’s parents came to the U.S. from Bari, Italy.

It is Shirlington’s first Italian restaurant since Extra Virgin closed in March 2013. The Polish-owned La Tagliatella was supposed to open in that space, but instead the chain closed its Clarendon and Germantown restaurants and pulled out of the U.S.

Osteria da Nino opened less than a week after The Curious Grape closed, so diners will recognize the same bar, black tables and chairs, but gone are the greens and purples and the vineyard murals, replaced by the golds and reds of the Sicilian flag. The wine racks and retail space have been replaced by additional seating. Pino said he plans to remodel the bar, dd some booths and install a chef’s table outside the kitchen. 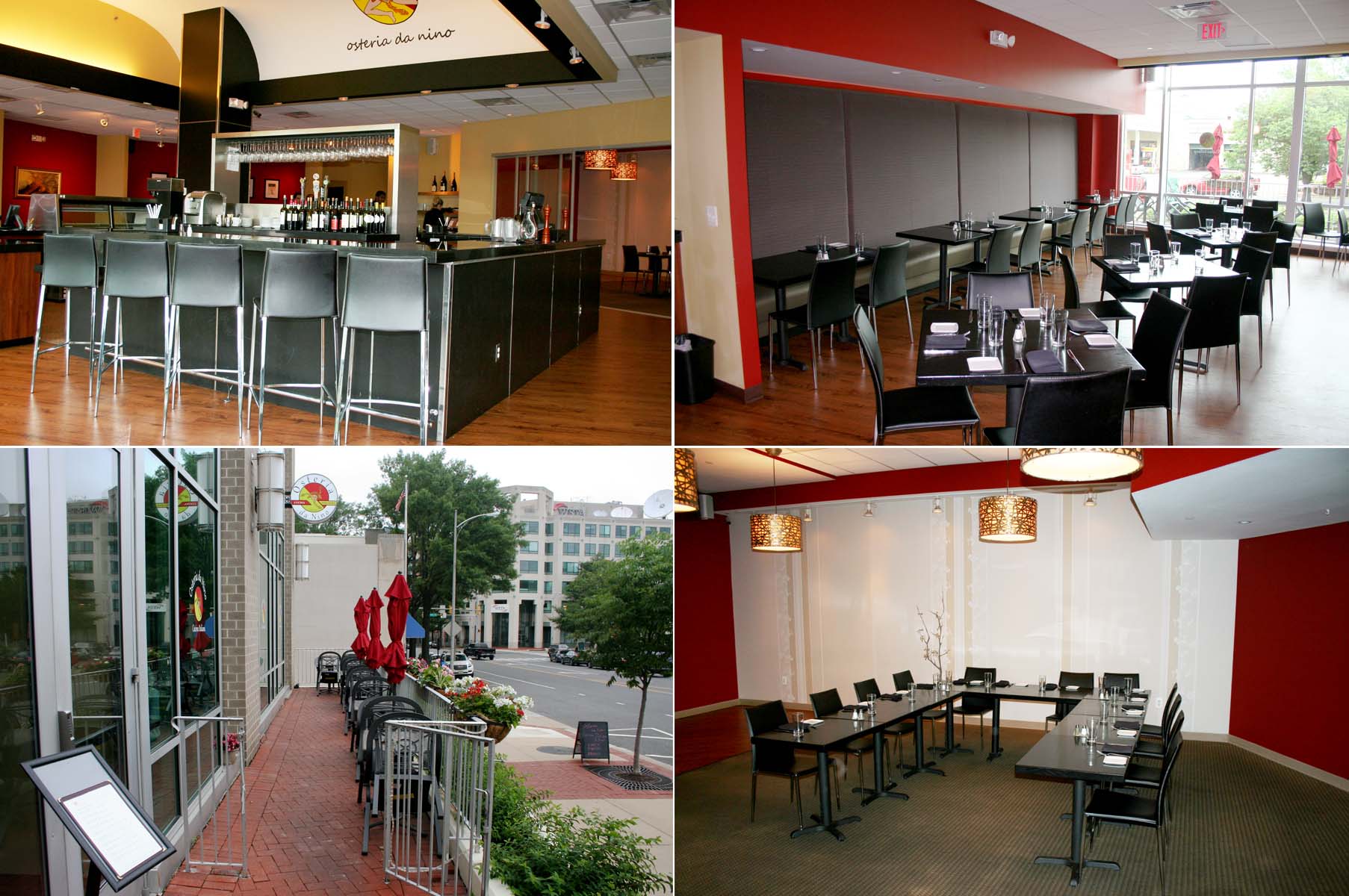 At Osteria da Nino, you won’t find a menu covered in tomato sauce. Instead, chef Delian DiPietro, whose parents also hail from Sicily, is focusing on fine Italian cuisine with a seasonal flair. DiPietro had been the chef at The Curious Grape and previously worked at Union Lee Café in New Haven, Conn.; Blue Hill in Manhattan, N.Y.; as well as the former Commonwealth in Columbia Heights; Lyon Hall in Clarendon; Zaytinya in Penn Quarter; Farmers, Fishers, Bakes in Georgetown; and as executive chef at EatWell DC’s Logan Tavern, where he was before moving to The Curious Grape.

Currently, about half the pasta at Osteria da Nino is house made, but DiPietro is aiming for 100 percent. “Everyone wants it to be like grandma’s,” he told DC on Heels. The seasonal menu will include weekly specials. “We want our guests to always experience something new, but be able to find their old favorites as well.”

DiPietro is sourcing as much as possible locally, including Great Greens, EatWell Natural Farm, Huntsman Game, Irwin Mushrooms and Shenandoah Beef. Rebecca Eastman is making all the pastries and desserts in house. 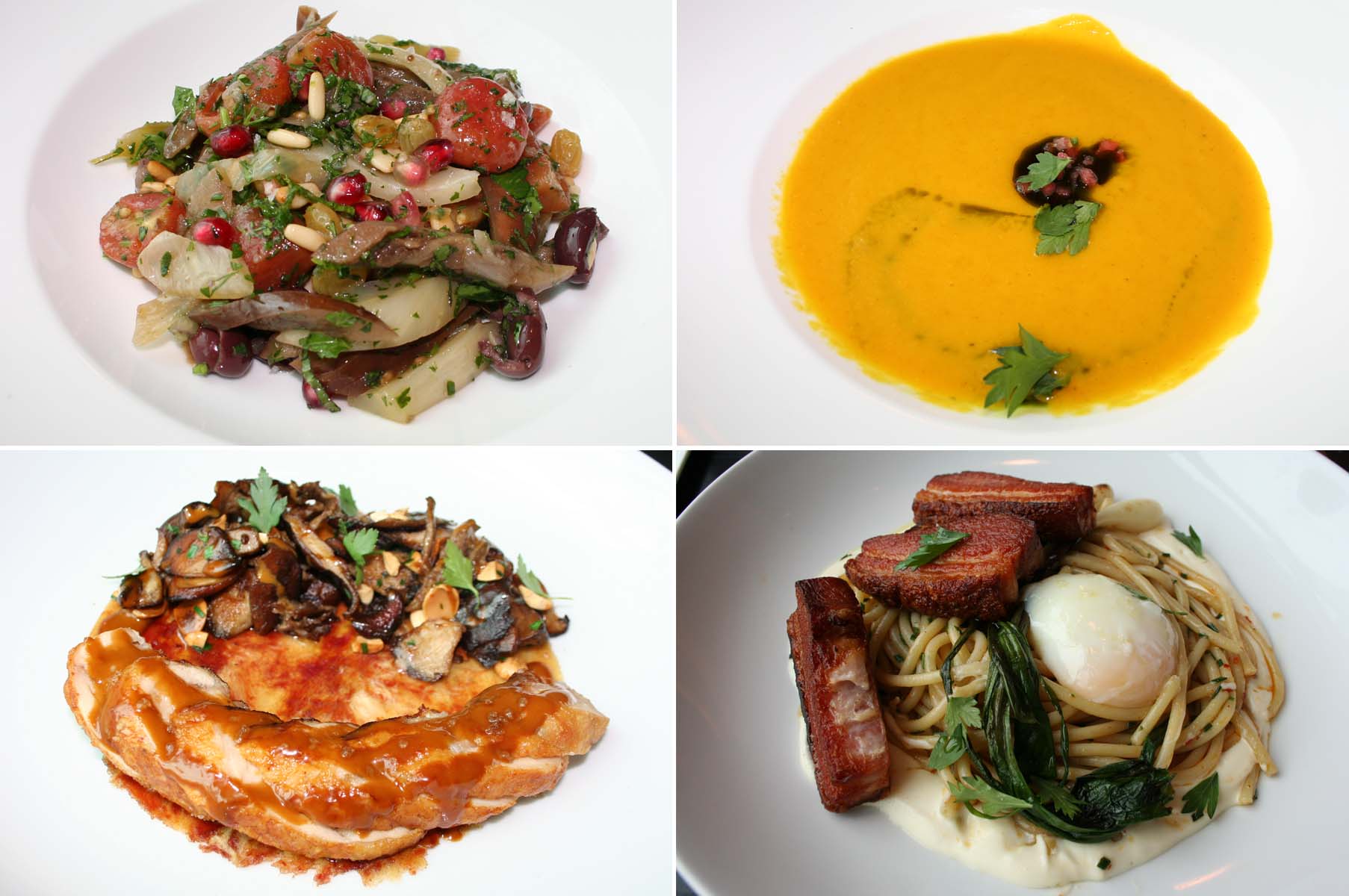 During a recent visit, our meal began with focaccia bread for the table served with pesto in olive oil for dipping. The pesto-olive oil combination is delicious, and we asked for a second basket. We started with zuppa di pomodoro giallo, a yellow tomato gazpacho with mint oil, pickled watermelon and mint salt and a braised eggplant salad with cherry tomatoes, pomegranate, black olives and toasted pine nuts. The soup was refreshing and the yellow tomatoes helped cut the acidity, while the pomegranate in the eggplant added bites of sweetness and the pine nuts added crunch.

For our main courses, we chose the pollo marsala, Amish chicken with marsala jus served with a mixture of local mushrooms with fried Marcona almonds and dates. This wasn’t your usual chicken breasts covered swimming in marsala, but a refined, tasty interpretation with the chicken marinated and baked in the marsala jus instead. We also tried the carbonara with crispy pork belly, ramps and a 63-degree egg – a poached egg cooked in its shell at 63 degrees Celcius (145.5 degrees Fahrenheit). The dish arrives with the egg on top, waiting for the diner to pierce it. The yolk oozes over the pasta adding a perfect, unctuous texture to everything it touches. Also, the pork belly was cooked perfectly and the best I’ve ever eaten. 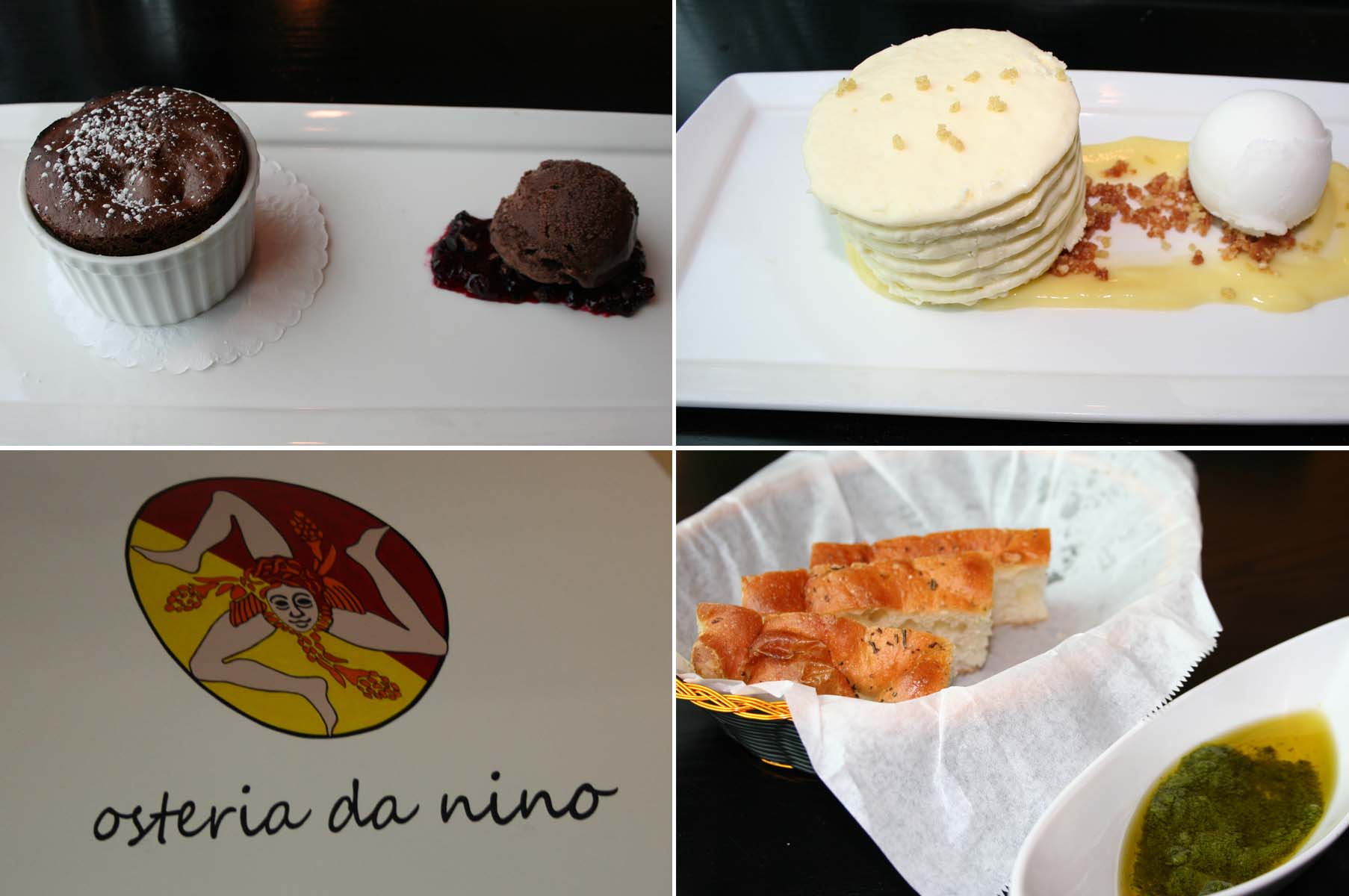 Desserts include chocolate soufflé (clockwise from the top left), an olive oil cake with mascarpone lemon curd. Each meal begins with focaccia and pesto in olive oil. (Photos: Mark Heckathorn/DC on Heels)

The dessert menu included so many tempting dishes that it was hard to choose, but we settled on the financiers alle mandorle, an olive oil cake with mascarpone lemon curd, olive oil jam, candied lemon and olive oil gelato, and the soufflé cioccolato, a Valhrona chocolate soufflé with coco nibs, raspberry jam and peanut butter sorbet. The fianciers was the winner of the two. The lemon curd was tart and tasty, helping to cut the sweetness of the cake. The tiny soufflé was just average, more like a molten lava cake with its dense cake and gooey center rather than a light, fluffy soufflé. The coco nibs and raspberry jam was the star of the plate. Next time I’ll try the tiramisu or the panna cotta with Morello cherries and Sicilian pistachio dust.

Dinner salads and appetizers range from $7-$14, entrees from $16-$29 and desserts from $10-$12. The restaurant recently received its full liquor license and will be adding full bar service to its current beer and wine offerings soon.