The weather is looking a bit iffy for outdoor plans this weekend with 40 percent chance of rain Saturday and Sunday with temperatures in the mid-80s. The Preakness is in Baltimore while D.C. is serving up sheep with Lamb Jam. Luckily, there are indoor and outdoor events and several new movies in case plans get washed out. 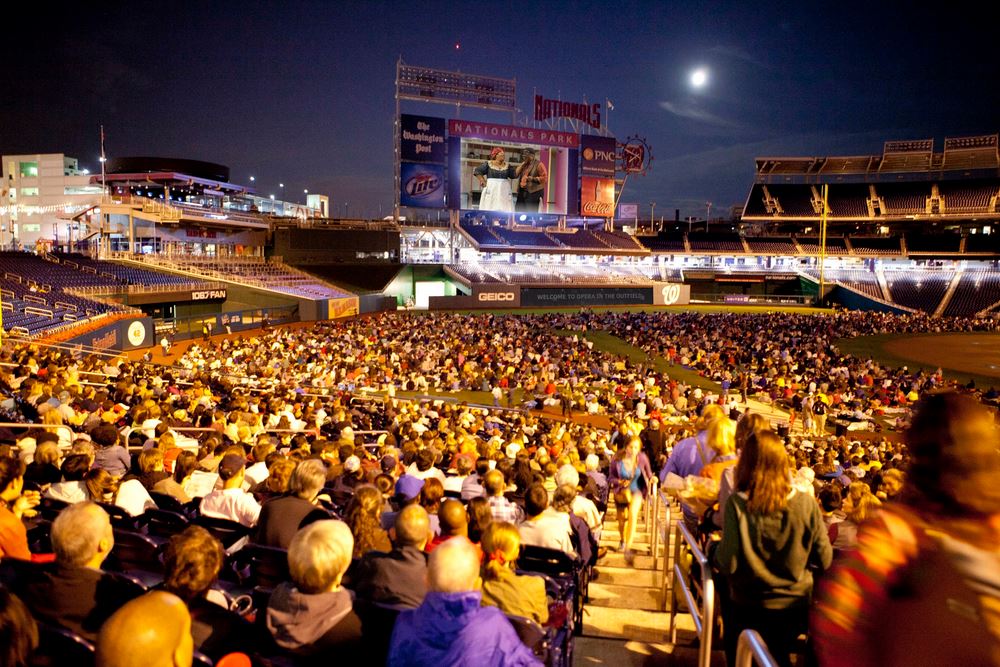 Opera in the Outfield presents Rossini’s Cinderella on the scoreboard at Nationals Park on Saturday. (Photo: Scott Suchman)

Rossini’s Cinderella is this year’s featured presentation for the Washington National Opera’s Opera in the Outfield. It is the eighth season of free live opera simulcast from the Kennedy Center at the Nationals Park. Preshow activities include a royal parade with kids of all ages in costume around the lower concourse, photos with characters from Cinderella, performances by local artists, a screening of What’s Opera, Doc? starring Bugs Bunny and Elmer Fudd and more.

May 16 at 7 pm. At Nationals Park, 1500 S. Capitol St. SE. Gates open at 5 p.m. Admission is FREE, but those wishing to sit in the outfield will need to obtain wristbands on a first-come, first-served basis inside the center field gate. No chairs are allowed on the grass, only blankets. Parking is available in Lots B and C for $10. 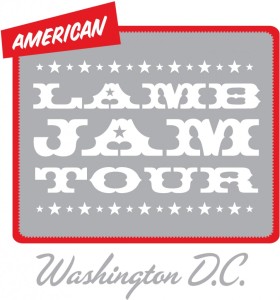 Lamb Jam may be the most DIY cook-off ever. Rather than just offering the opportunity to feast on some delicious lamb made by talented chefs, you’ll have the chance to learn how to prepare your own dishes – just in time for BBQ season. This year’s Lamb Jam includes a VIP seminar from 6-9 p.m. today at Occidental Grill with last year’s champions with dinner, a panel discussion, h’orderves and cocktails and one pound of lamb to take home. On Saturday, there will be a grand tasting from 4-7 p.m. at Uninon Market with 16 area chefs, beer and wine, a DIY lamb spice rub station and butcher demonstration. Awards include Best of Show, People Choice Award and first place awards for shoulder, leg of lamb, shank and loin.

InfieldFest at the Preakness 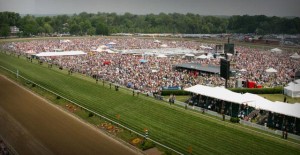 Head up to Pimlico Racetrack in Baltimore for the Preakness and InfieldFest. (Photo: Pimlico)

The actual Preakness Stakes race lasts only a few minutes, but with InfieldFest at the Preakness, the fun and excitement is an all-day affair. This year’s lineup for the concert portion of the festivities includes hip-hop prankster Childish Gambino, EDM artist Armin van Buuren and indie-pop act Trampled by Turtles. Go for the horses, stay for the music. 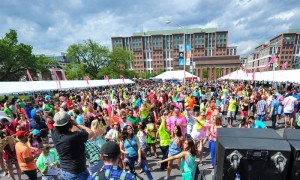 Wear neon to The Fairgrounds at the center field entrance to Nationals Park and get your drink on. (Photo: Project D.C. Events)

The Neon Drink On summer beer fest offers festival-goers unlimited tasting of more than 80 craft beers. Grab your souvenir tasting glass and neon sunglasses and navigate your way through more than 45 breweries while sipping on the first summer brews, playing games such as cornhole, beer pong, bocce and other lawn games, and enjoying live entertainment featuring Split Decision and DJs. There will also be food trucks if you get hungry. Prepare yourself for a full day of fun, neon and beer. 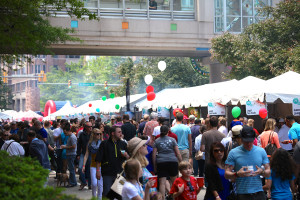 The streets around Ballston Common Mall will be filled with food booths on Sunday. (Photo: Ballston BID)

Ballston Business Improvement District’s 28th annual Taste of Arlington covers all the basics needed for a successful street fair: a diverse roster of more than 50 restaurants and breweries, entertainment for kids and 90s music with D.C.-based cover band White Ford Bronco, who round out a lineup of live acts that also includes Burnt Sienna and Jumpin Jupiter. New this year is a KidZone Family Expo featuring tables for budding entreprenuers to showcase their talents and skills.

May 17 from noon-6 p.m. along Wilson Boulevard from North Glebe Road to North Quincy Street and along Wilson from North Stuart Street to the Metro outside Ballston Common Mall, 4238 Wilson Blvd., Arlington. Admission is FREE! A coupon book with 10 tasting tickets is available online for $35, through the BallstonConnect mobile app for $30 (including at the event) or $40 at the door.

Concert in the Park 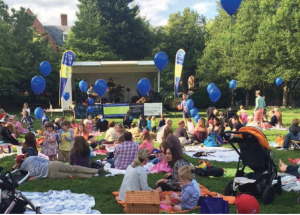 Visitors to last year’s Concerts in the Park enjoy free music in a Georgetown Park. (Photo: Citizens’ Association of Georgetown)

Concerts in the Parks, Georgetown’s free summer concert series, is back in Volta and Rose Parks. The family-friendly events take place on Sunday through the summer and feature music, family fun activities, free cupcakes from Sprinkles, free ice cream from Haagen Dazs and food trucks. The 2015 concerts will take place on Sunday in Volta Park, June 21 in Volta Park and July 12 in Rose Park. The series kicks off with singer-songwriter Rebecca McCabe accompanied by the Human Country Jukebox band including Jack Gregori, who was on “Team Adam” on NBC’s The Voice. There will be a singalong of Taylor Swift’s Shake It Off at the end.

Land of the Sun kicks off the G.I. Film Festival on Tuesday at the Embassy of Canada. (Photo: Melissa Flagg)

Now in its ninth year, the G.I. Film Festival returns with features, shorts and documentaries that either have a main character who is current or former military, or the writer, director or producer is current or former military. The slate of movies this year reflects the diversity of veterans’ experience. Festival organizers hope that a person walks away after viewing a film with a greater appreciation of what a service person goes through.

May 18-24 at the Angelika Film Center, 2911 District Ave. in the Mosaic District in Fairfax except the opening night films and reception, which are at the Embassy of Canada, 501 Pennsylvania Ave. NW. There is a free shuttle from the Dunn-Loring Metro station to Mosaic District that runs with the last bus leaving the station at 7:18 p.m. Tickets range from $300 for an all access pass to $85 for a weekend pass, $40 for films with receptions and $12 for general admission movies. Tickets are available online or at the box office.