It’s Mother’s Day weekend, so spend some time with Mom if you can. Take her to see the V-E Day flyover on the mall today, send her to a tour of Europe without leaving the city, take her on a tour of wineries near and far, treat her to a gospel concert or just take her out to brunch to celebrate her special day. If it wasn’t for her, you wouldn’t be here. 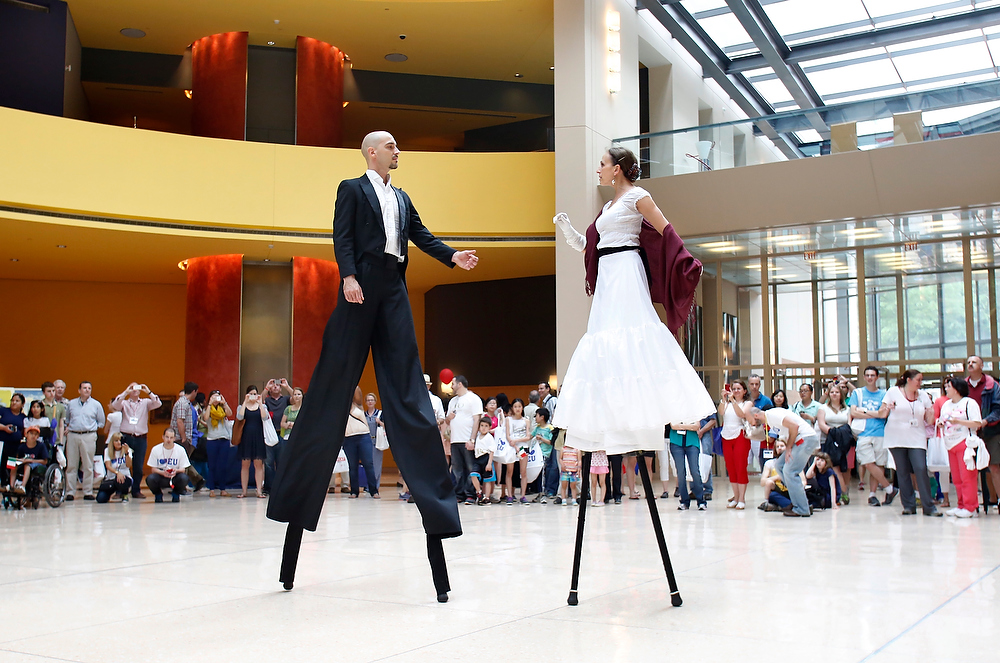 Once a year, European embassies hose Shortcut to Europe when they open their doors to visitors, serenade them with songs and performances and – best of all – fill their bellies with delicious native foods. The best way to do Saturday’s embassy day is to start early (lines fill up fast), wear sunscreen for line-waiting and hit up countries with the best food and drink. The Polish Embassy serves pierogis and beer; the Spanish Embassy serves tapas and wine; and the Belgian Embassy serves the country’s famous chocolates and beer. Check out participating embassies and what each is offering here.

May 9 from 10 a.m.-4 p.m. at 28 European Union embassies around the city. Admission is FREE, but lines are long. Parking is near impossible, but free shuttle buses carry participants between embassies. 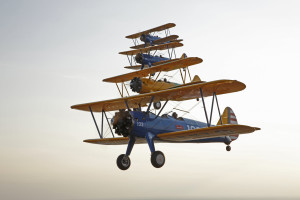 Seventy World War II vintage aircraft will participate in a 50-minute flyover of the National Mall to mark the 70th anniversary of V-E Day at 12:10 a.m. Friday. (Photo: Arsenal of Democracy Flyover)

Seventy World War II vintage aircraft will perform in 50-minute Arsenal of Democracy Flyover aerial salute to veterans and mark the 70th anniversary of the end of World War II in Europe. The planes will come south down the Potomac then follow Independence Avenue east before heading home. The 15 sequenced formations are the climax of a ceremony and wreath laying at the World War II Memorial celebration V-E Day, which is scheduled to start at 10:30 a.m. Hundreds of World War II veterans as well as foreign dignitaries are expected.

May 8 at 12:30 p.m. over the National Mall. Admission is FREE! If you’re stuck at the office, you can watch the flyover here. 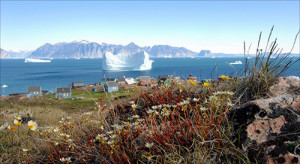 The Smithsonian is hosting an Arctic Spring Festival celebrating the people, cultures and science of the Arctic region. At the weekend-long National Museum of Natural History event, you’ll learn about the territory and the people who inhabit it through film, art, performances and family-friendly activities. Friday features a panel discussion starting at 1:30 p.m. Other weekend events include family events such as educational games, craft workshops talks with scientists and other experts in the Q?rius Education Center. For the full schedule, click here.

Through the African American Lens 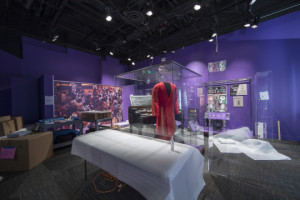 A behind-the-scenes look at the installation of the LENS exhibition. (Photo: Michael Barnes/Smithsonian Institution)

Construction on the Smithsonian’s National Museum of African American History and Culture may be a year behind schedule, but a display of some of the artifacts that will fill the museum’s 400,000 square feet will go on display Friday at the National Museum of American History. Through the African American Lens: Selections from the Permanent Collection will have sections dedicated to history, community and culture. The scaled-down display will include shackles, a sugarcane knife, the shawl of Underground Railroad conductor Harriet Tubman, the tennis racket used by Althea Gibson to win the women’s singles title at Wimbledon in 1957, “Godfather of Soul” James Brown’s electric organ and a section on African Americans in the military among others.

Opens May 8 during regular museum hours at the National Museum of American History, 1400 Constitution Ave. NW. Admission is FREE! 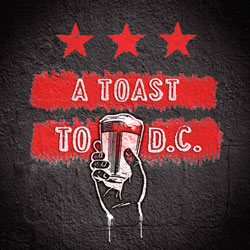 A Toast to D.C. takes place at Carnegie Library across from the convention center. (Image: Smithsonian at 8)

Tourists may think of it as a town of monuments, but those who live here really know why Washington is such a vibrant place: Its character and history make this a city like no other. Add the burgeoning home-grown beer and cocktail scene, and you’ve got one more reason to celebrate. Raise a toast to D.C.’s unique local flavor and home-town pride at the Smithsonian’s A Toast to D.C., a party that salutes the city’s distinctive collection of neighborhoods — and the newest generation of brewers and distillers to make the city their home. The event, part of the Smithsonian at 8 series, will feature beer and cocktails from various local breweries such as Atlas Brew Works, Port City Brewing Co., D.C. Brau, New Columbia Distillers/Green Hat Gin and Catoctin Creek Distilling Co. as well as a dance party, photography displays and a digital scavenger hunt.

In honor of International Migratory Bird Day, the National Zoo is hosting Bird Fest 2015, a free festival full of family-friendly feathered fun celebrating the springtime return of millions of birds that spend winters in Latin American and the Caribbean. This year’s theme is “Restore Habitat, Restore Birds.” The event, taking place in the zoo’s Bird House, promises up-close looks at live birds, interactive displays from conservation groups, games and crafts, bird-banding demonstrations, talks from the zoo’s bird keepers and more. 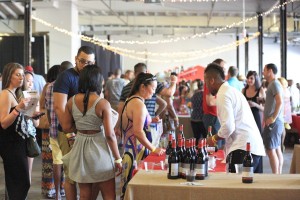 The massive presentation of delicious summery wines with high acidity, lighter alcohol and easy to drink on a beautiful spring day and local food selections are enough reasons to attend VinoFest D.C. Wine selections will feature local Virginia wineries as well as some rom classic wine regions in South Africa, Italy, France and California and some lesser known regions of Brazil, Romania and Greece. But, you also get a pretty great bill of live music too, including performances from local bands Trouble Funk and White Ford Bronco as well as Alison Carney and a DJ set from Questlove from the Roots and band The Tonight Show and other DJs. Food trucks from Dirty South Deli, Gouter, Red Hook Lobster Pound, Slate Wine Bar + Bistro, Straw Stick & Brick Delicatessen, Snocream Co., Swizzler and Puddin’ will be selling food to go with your wine.

May 9 from 5-10 p.m. at Storey Park, 1005 First St. NE. General admission is $59.99 and include eight wine samples, a souvenir glass and access to the concerts. VIP admission is $84.99 and includes two extra hours beginning at 3 p.m., a wine tasting glass, a wine education class and a VIP bar during the festival. 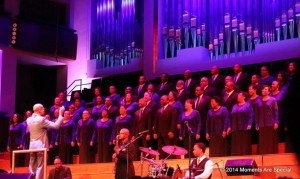 Gospel at the Cathedral

Hear the splendor and joyful sounds of the Washington Performing Arts’ Men and Women of the Gospel Choir under the direction of artist in residence, Stanley J. Thurston. 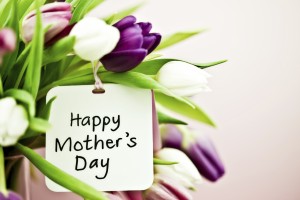 Happy Mother’s Day to all moms!

It’s Mother’s Day. The day to celebrate your mom. Give her a call, take her out to dinner and tell her how much you lover her!

May 10 all day all around the world.