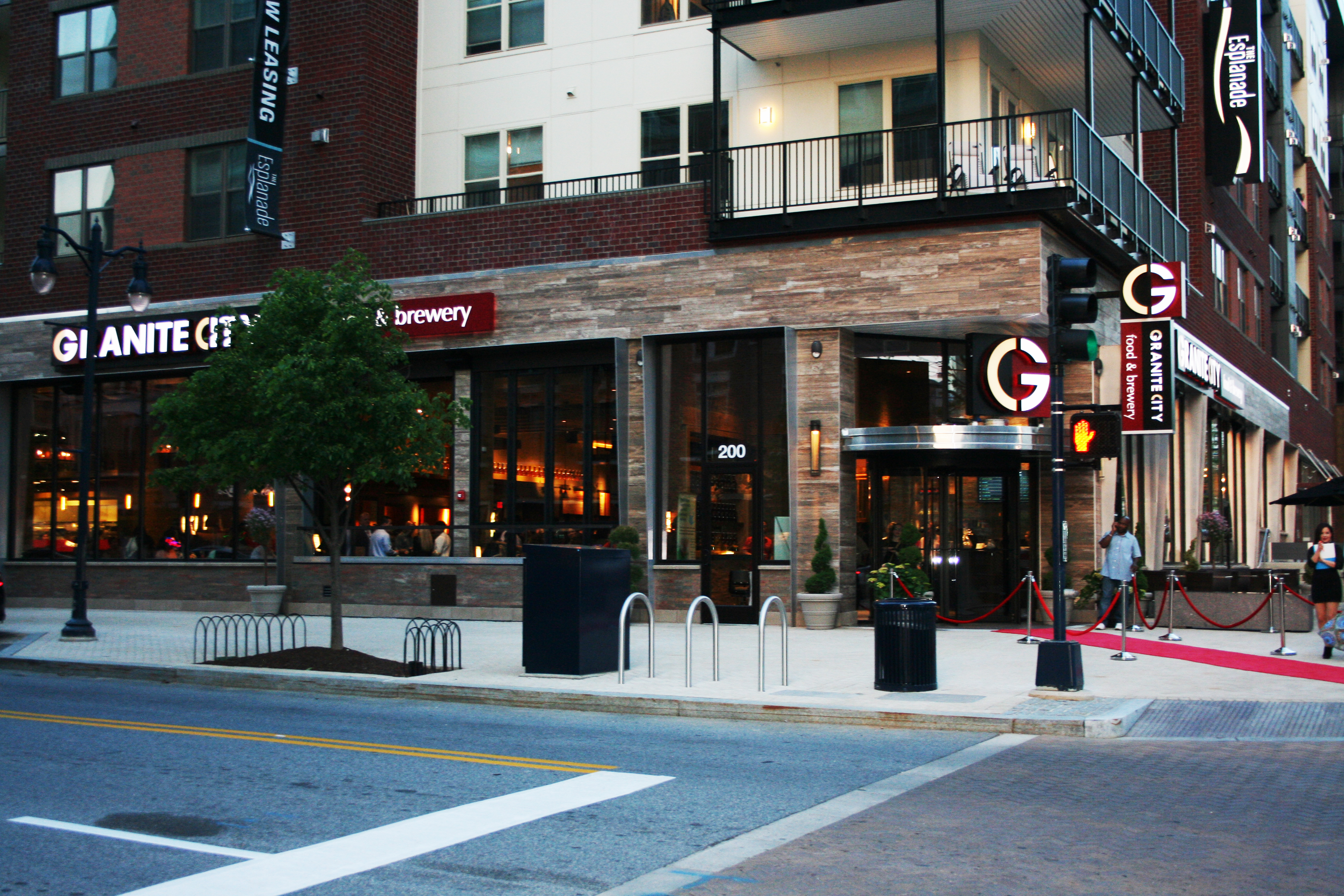 The 10,881-square-foot Granite City has an on-site brewery and open kitchen. It seats 260 diners in the dining room, 27 at the bar and 64 in the private dining room. An outdoor patio has additional seating for 20 to 30 people. The inside features dark wood, stone, earth tones and granite accents. It also features family restaurants, purse hooks and USB and electrical outlets underneath the bar. 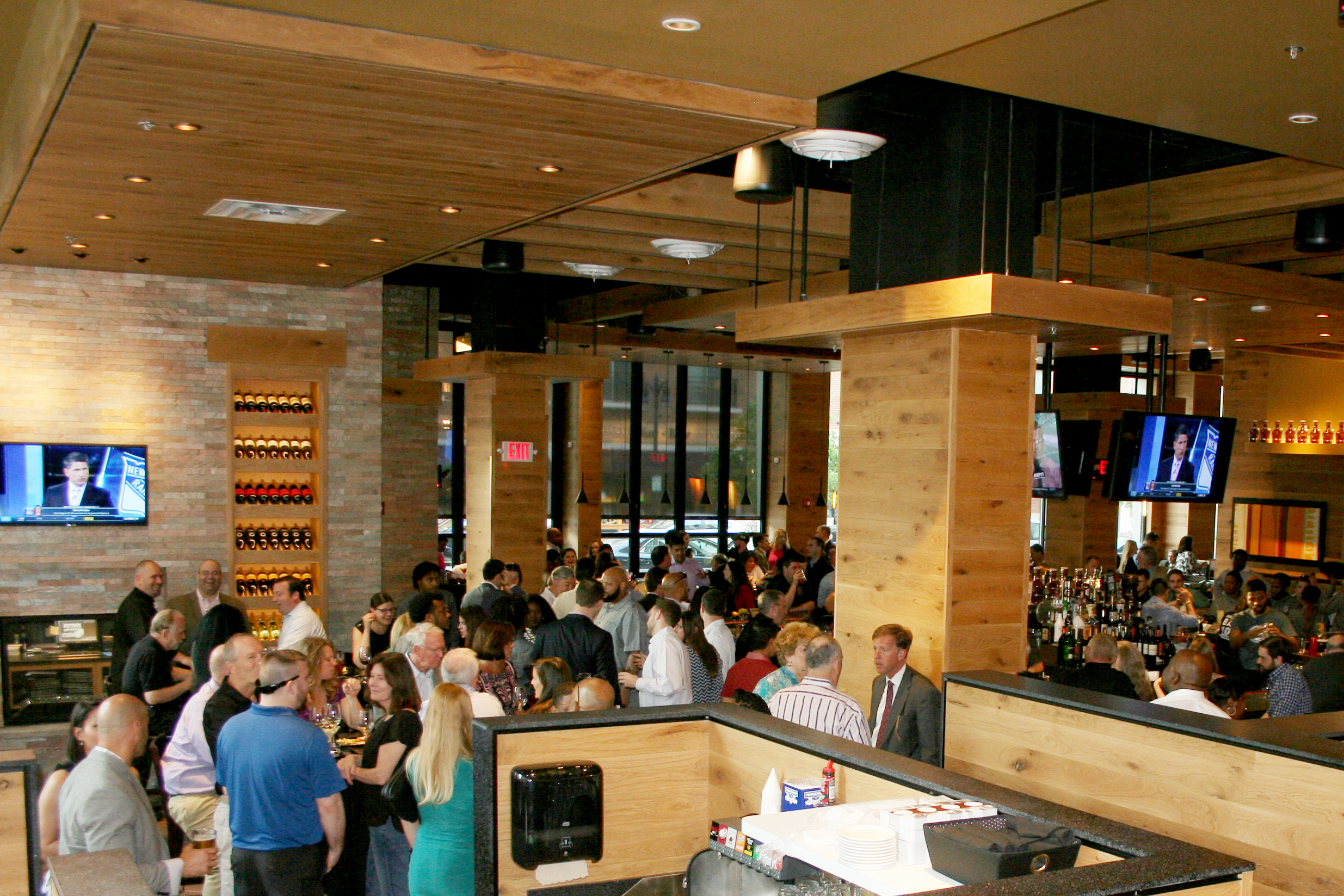 The inside of the brewpub features light wood, stone and granite accents. (Photo: Mark Heckathorn/DC on Heels)

“In preparation for the National Harbor opening, we created a newly expanded menu to supplement the Granite City favorites fans have come to know and love,” said executive chef Andy Rosenberg in a press release.

The brew-pub’s handcrafted beers –also available in growlers – offer classic ales and lagers as well as unique styles and flavors, like blueberry ale and vanilla porter, not typically produced by major breweries. Sweet liquid wort is shipped from Granite City’s central brewing facility to individual restaurants. When the wort reaches the stores, the fermentation process begins and brewing is completed.

Signature brews, which are always on tap, include The Duke pale ale; The Bennie, a German altbier; The Northern, an American golden ale; The Broad Axe, an oatmeal stout; and Batch 1000, a double IPA. Seasonal brews such as the Prarie Vixen hefeweizenan are also created onsite and featured throughout the year. Upcoming seasonal brewes include the Blueberrian, a blueberry lager in May; Gold Fever, a Belgian strong ale, in June; Lazy Lake, a kolsch, in July; Alabaster, a Belgian wit, in August; Oktoberfest, a marzen, in September; Blue Eyed Brunetter, a bourbon brown ale, in October; Zug Zwang, a vanilla porter, in November; and Freezer Burn, a winter warmer, in December. 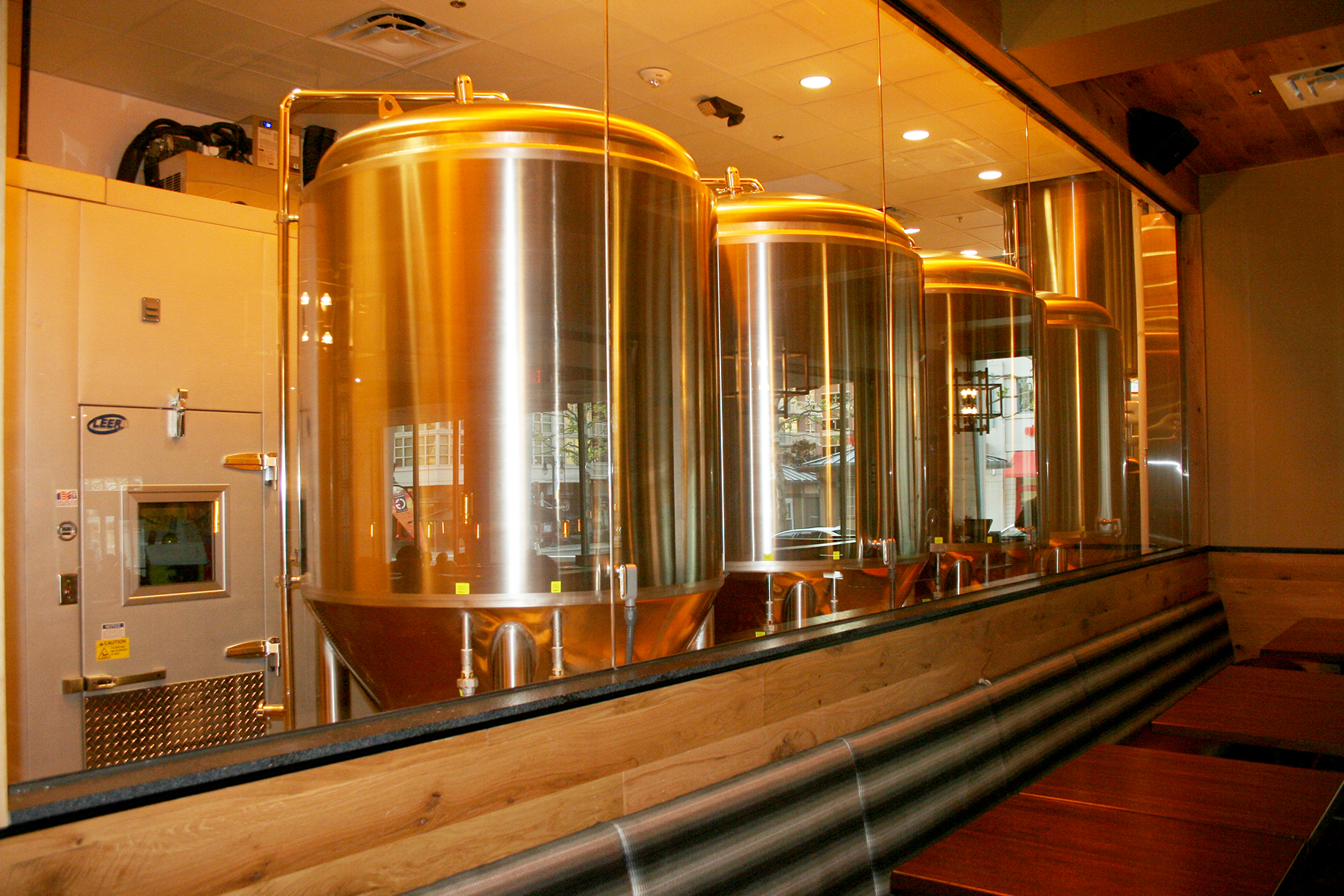 Wort is shipped in from a central brewing facility then finished in tanks at National Harbor. (Photo: Mark Heckathorn/DC on Heels)

If you visit the National Harbor location today, you’ll receive a free Brew Rewards membership, which you can use to collect points on food and tap beer purchases, and redeem for discounts.

Granite City is open for breakfast from 8-11 a.m. with full menu served from 11 a.m.-11 p.m. Sunday through Thursday and 11 a.m.-midnight Friday and Saturday.