Artificial Tanning Can Lead to Melanoma

Young women may be up on the latest fashions and trends as they prepare for prom season. But what many don’t know is that the tan that looks oh-so-good with their dress may be the first step toward skin cancer. 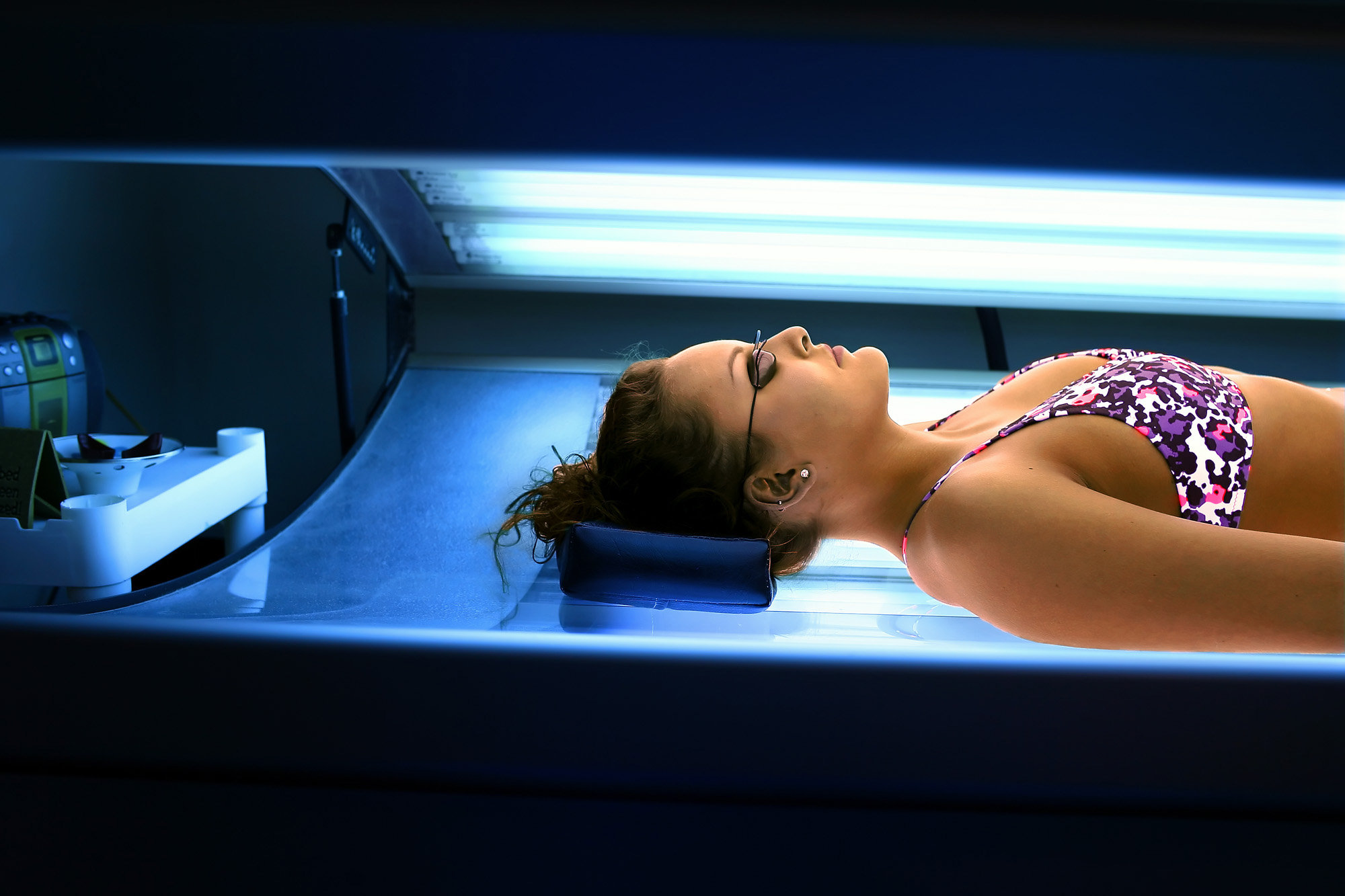 Artificial tanning is the cause of the rise in melanoma. (Photo: Dan Gleiter)

These may be the same children whose parents slathered them with 30 SPF sunscreen during beach vacations. Dr. Rogerio Neves, deputy director of the Penn State Hershey Melanoma and Skin Cancer Center, says artificial tanning is where the problem lies.

Melanoma is no longer showing up only in women who have had five or six decades of sun exposure during their lives. It is now the second most common cancer found in women ages 20 to 30 years old. In just the past decade, the number of young women in that age bracket who have been diagnosed with melanoma has increased eightfold. The numbers also increased four-fold for young men of the same age.

“We said, ‘Wow, why is that?’” Neves says. “It was clearly not related only to regular exposure.” Childhood sunburns and ultraviolet (UV) exposure in adulthood may also contribute to melanoma risk, but the rise in the use of indoors tanning beds is one of the main reasons behind this trend.

Many gyms and fitness centers offer free, unlimited tanning as a perk of membership and market to high school and college students. Although many of the young users are introduced to tanning beds as a one-time thing they plan to do for prom, it can become addicting. “When you are under that lamp, it helps release endorphins, which make you feel relaxed and well,” Neves says.

The lamps used in tanning beds emit over 95 percent UVA rays and minimal UVB rays. The UVB rays that come from natural sunshine are what make you feel burned and red and cause you to seek shade and protection. Because they are present in such small quantities in the tanning beds, Neves says, “You can stay in there frying and you are not feeling any bad sensations.”

UVA radiation is also more harmful than UVB in that it penetrates deeper into the skin and create more harmful mutations. “There is no such thing as a healthy tan,” Neves says. That is why individuals who have darker skin because of their ethnic backgrounds must still use sunscreen and other precautions to avoid prolonged exposure outdoors.

As if skin cancer weren’t enough of a danger, artificial tanning can cause other problems such as cataracts, reactions with medications and early-onset aging of the skin which makes you look older than you really are. And then there is the question of how hygienic the tanning beds are. “There have been cases of people contracting HPV and herpes infections from poorly sanitized beds,” Neves says.

His native Brazil banned artificial tanning nationwide in 2009, and Australia and several European countries have followed suit since then.

In July 2014, the U.S. surgeon general issued a call to action against the $5 billion tanning industry. Following California’s ban in 2011, 10 other states have since passed under-18 legislation: Vermont, Nevada, Texas, Oregon, Illinois, Washington, Minnesota, Hawaii, Louisiana and Delaware.

Neves says those who work in the industry won’t be out of jobs – they’ll simply switch to safer methods such as spray tanning, which interacts with the keratin in the skin to more safely produce a temporary glow. He hopes the political bans and attention will make a difference: “When the surgeon general comes in, that’s when people start to listen.”