There’s a relatively new place to slurp oysters and drink cocktails at National Harbor. The Walrus Oyster & Ale House, 152 Waterfront St., Oxen Hill, opened last September in the former Ketchup space across the street from Rosa Mexicano with a seafood-heavy menu and drinks the size of a fishbowl. 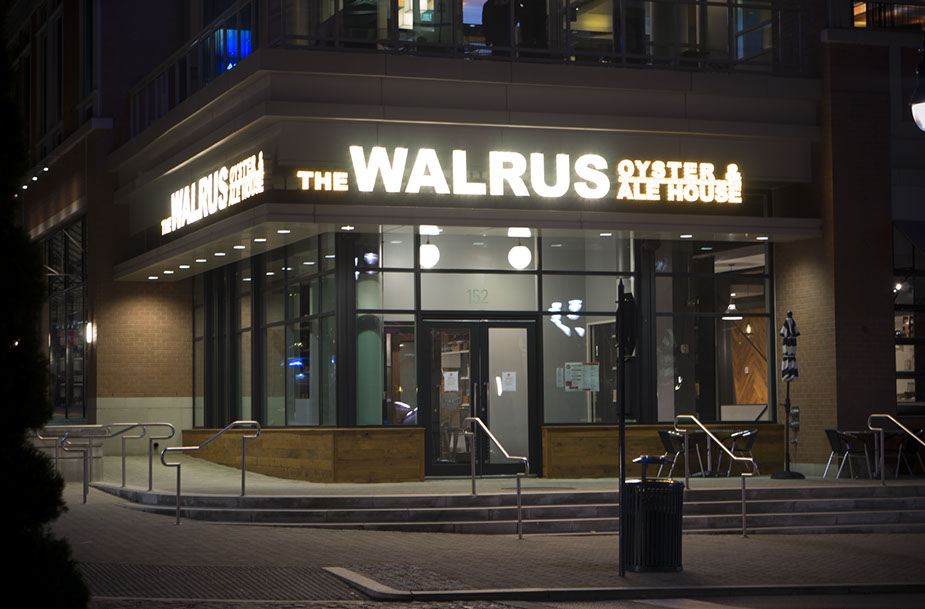 Owned by Star Restaurant Group (not to be confused with Stephen Starr’s group of restaurants), the 6,700-square foot, 150 seat restaurant is based on the Lewis Carroll poem The Walrus and the Carpenter. The light wood décor designed by Baltimore’s SM+P Architects is accented with beige banquettes, white chairs and black walls painted to look like blackboards with diagrams of boats and maps on them. Overhead doors lead out to the 75-seat deck in warm weather. There are also verses from the poem on the walls inside and outside. 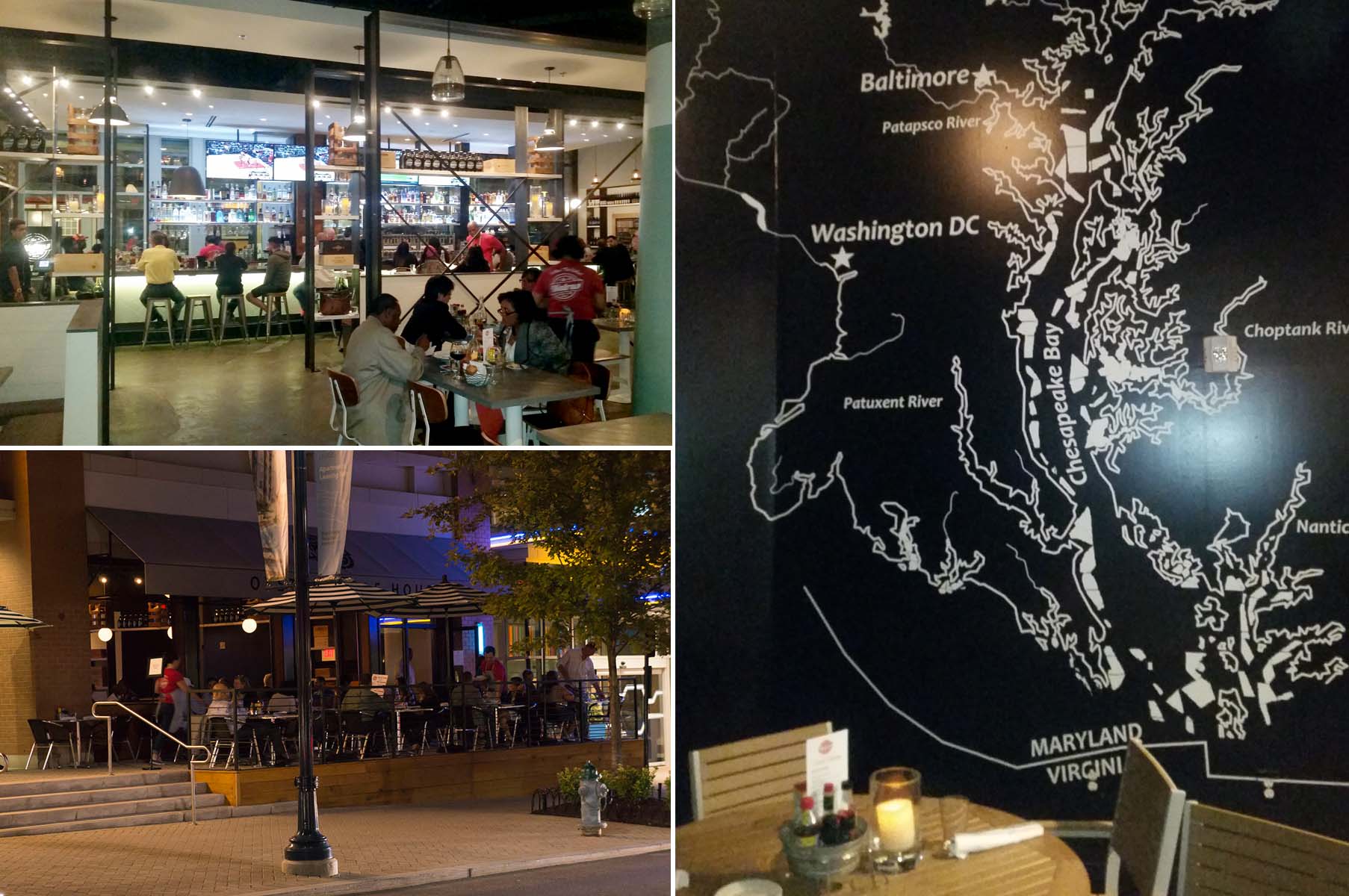 The Walrus Oyster & Ale House has a beach theme with an outdoor deck. (Photos: Mark Heckathorn/DC on Heels)

The menu, designed by James Beard Award winner Bob Kinkead features Chesapeake Bay and Eastern Shore inspired dishes. There’s a shucking bar that offers 17 different varieties of oysters from the East and West Shores. Local oysters include Ugly Oysters from Barren Island, Sweet Jesus from St. Mary’s County and Chesapeake Gold from Hopper Island, all in Maryland, and Rappahanock from Topping, Chincoteague Salts from Chincoteague, Barcat from Rappahanock River and Stingray from James River, all in Virginia. A chef’s dozen of three different varieties are $30 and a platter with three oysters, three littleneck clams and three chilled shrimp is $18. If raw oysters aren’t your thing, you can order a basket of fried oysters (shrimp or scallops too) and fries for $18 or a basket of all three for $24.

For those not into fin fare, there’s gumbo ($8), field green ($9) and wedge ($11) salads, the Walrus bacon cheeseburger ($14) and an ancho chile pulled chicken sandwich ($14). Non-seafood entrees include a half roasted chicken with garlic mashed potatoes ($20) and N.Y. strip steak with fries ($28). 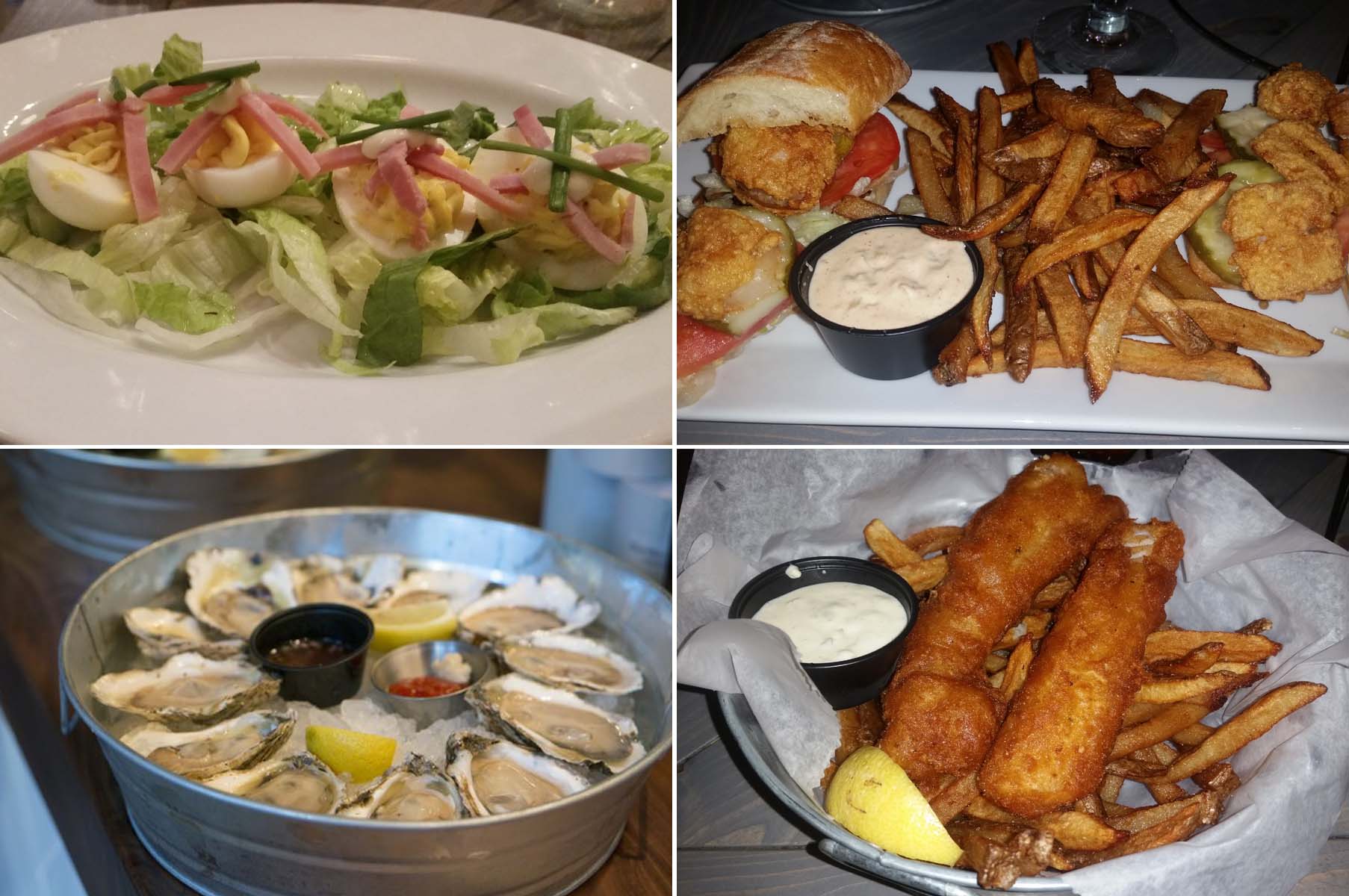 During a recent visit, we started with the deviled eggs, which were underwhelming. Four halves topped with slivers of deli sliced ham and chives were $7. The filling was bland with an odd taste aftertaste. Luckily, the entrees and drinks made up for it. We had the scallop po’ boy and fish and chips. Both were crispy, but not greasy, although the scallops were on the small side and a bit skimpy. The fresh, hand-cut fries were especially good. And the complimentary bread basket with warm popovers and cornbread was delicious. 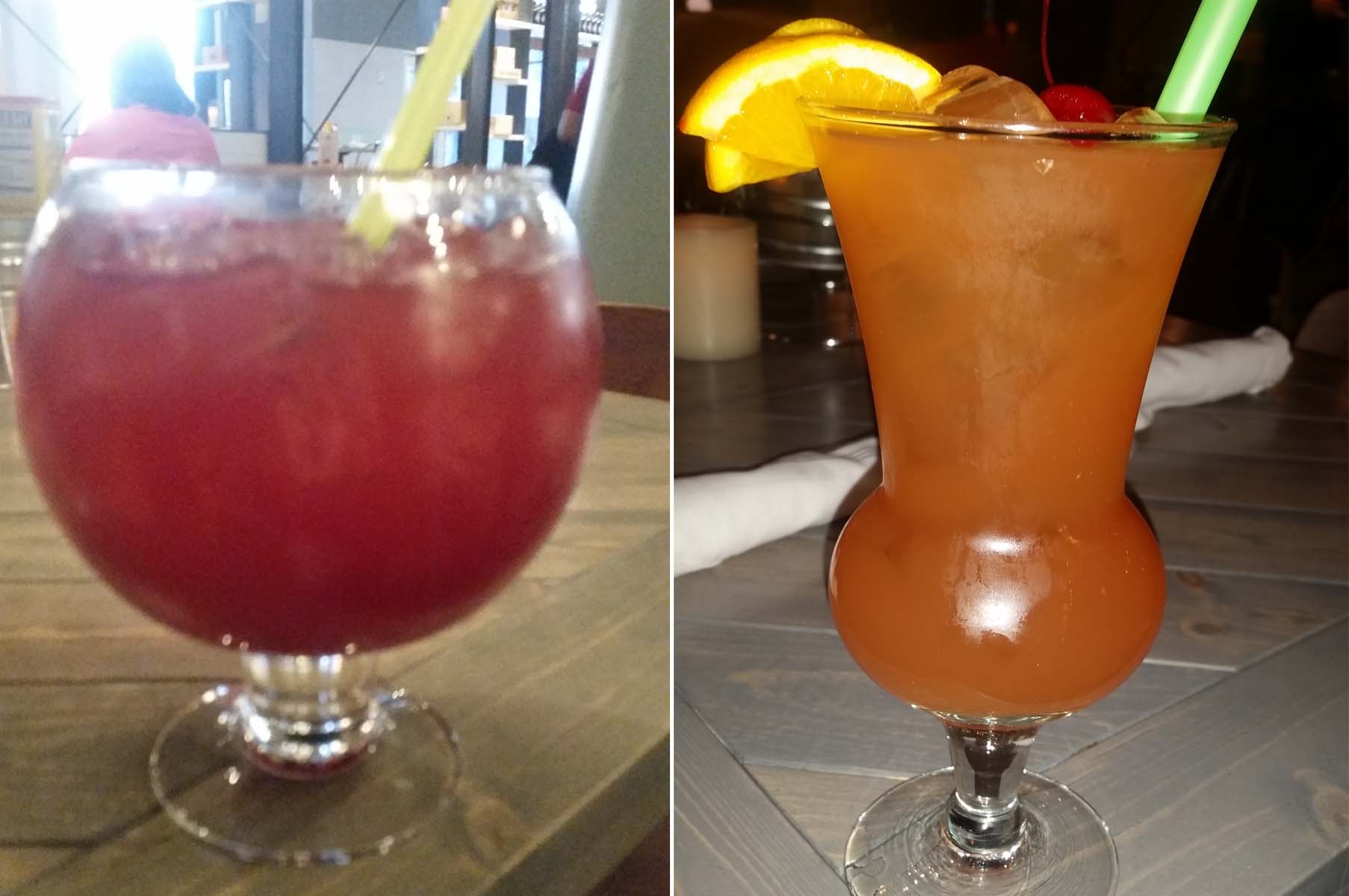 The drink menu, designed by Kris Carr, includes big and beachy drinks. Groups can order boozy punches made with fresh fruits in 52-ounce “Walrus bowl” for $22 or 20-ounce single serving goblets for $11. Punches include the Harbor Hurricane with Brugal Anejo rum, fresh-squeezed tangerine juice, passion fruit, cranberry cordial and fresh lime, and one that changes weekly. On our visit, the second was sangria made with strawberries and blueberries. Both were fruity and tasty, and would be good for sipping on the deck on a warm day watching the Capitol Wheel and the boats on the Potomac.

Other sips include blood orange mimosas, Baltimore Crushes with Finlandia tangerine or grapefruit vodka, fresh juice and club soda, the Raspberry Dark and Storm and a Spicy Bloody Maryland. There are also oyster shooters, beer cocktails, draft, canned and bottled craft beers as well as wine on tap and by the bottle.