Did You Get Your Nerd Prom Invite?

It is time for the annual nerd prom – AKA White House Correspondents’ Dinner – on Saturday when various media companies bring in celebrities to attend the dinner at the Washington Hilton. This year’s host is Saturday Night Live’s Cecily Strong. Parties started Thursday and continue all weekend long so you might spot Kerry Washington, Tea Leoni, Jane Fonda, Donald Trump, Martha Stewart, Johnny Weir, Al Roker, Lester Holt, Tameron Hall, Russell Wilson, Ciara, Lucy Liu, Connie Britton, Julie Bowen, Jesse Tyler Ferguson, Anthony Anderson, Jane Seymour, Alfre Woodard and more around town. For those of us not lucky enough to have gotten an invite, there are plenty of other things we are invited to. 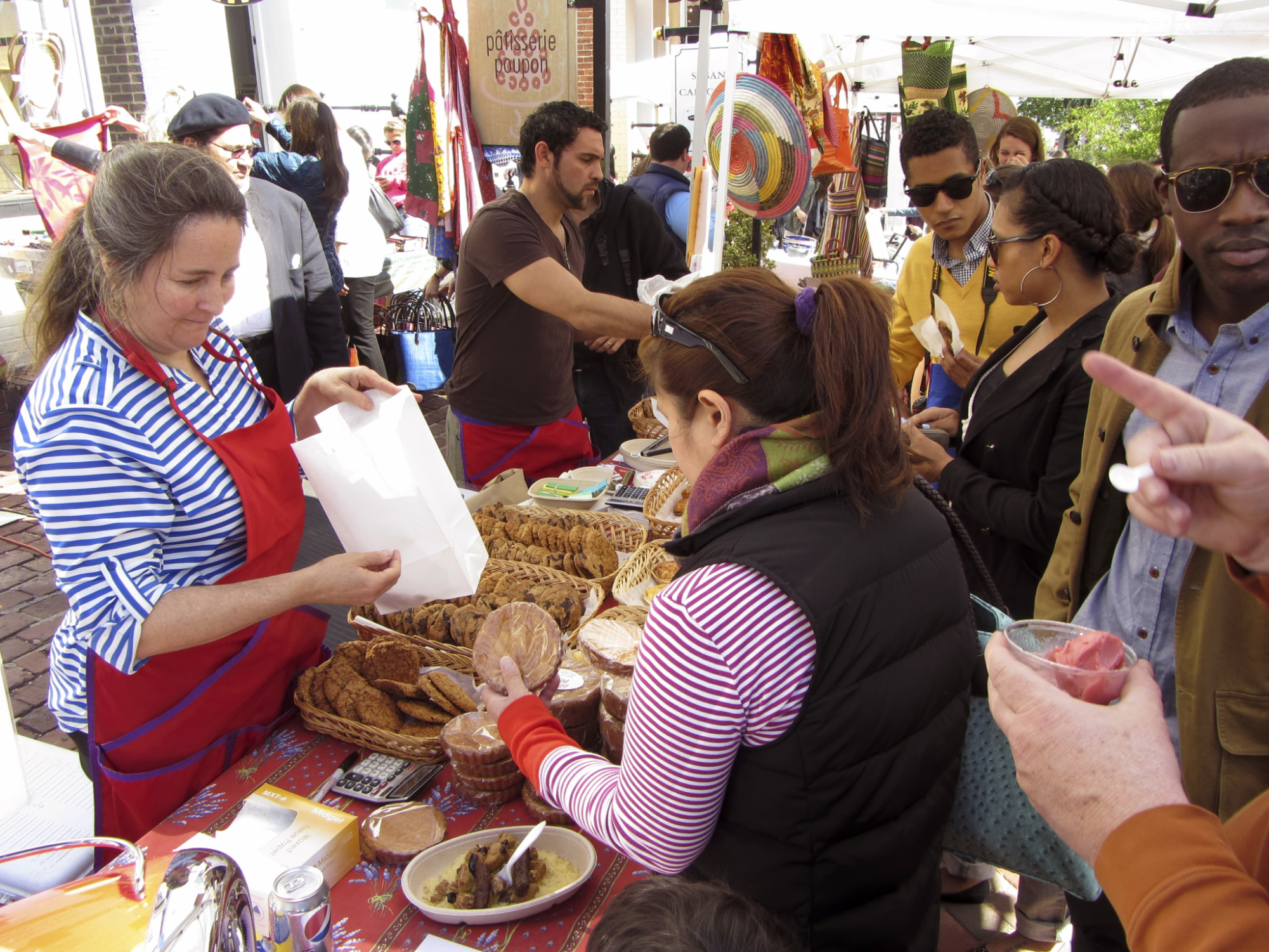 Georgetown’s Book Hill becomes an European open air market with sidewalk sales at more than 40 shops and cafes during the 12th annual Georgetown French Market. Book Hill merchants, restaurants, salons and galleries will display their wares in an open-air market, evoking the outdoor markets of Paris where guests wander between shops and galleries tempted by the aroma of fresh coffee and croissants while enjoying the sounds of strolling musicians. On Saturday from 11 a.m.-4 p.m., there will also be family-friendly entertainment, mimes, caricature artists, face painting and strolling musicians in the TD Bank parking lot, 1611 Wisconsin Ave. NW. 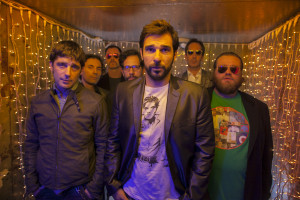 A scene from I Can Quit Whenever I Want, the closing night movie at FilmFest DC. (Photo: Fandango)

Filmfest DC continues its 29th year with a smaller slate of movies and fewer bells and whistles. But that still leaves time for more than 70 films, including I Can Quit Whenever I Want, a criminal comedy that reimagines the Breaking Bad dynamic in the halls of Italian academia and nightclubs of Rome at 4 p.m. Sunday at the Lincoln Theatre. A talented, principled and cash-strapped molecular research scientist must lie about his income to his live-in girlfriend after he loses his job. He desperately pursues one of many students who owe him tutoring fees to a popular club and has an inadvertent substance-induced epiphany. An obscure Italian law allows new, and thus unclassifiable, drugs in the marketplace. All Pietro has to do is gather together a group of his eccentric, socially challenged and equally desperate brainiac colleagues, manufacture a synthetic Ecstasy variant, and peddle it in the most popular clubs under the noses of the established local drug lords. What could possibly go wrong?

Through Apr. 26 at various times at AMC Mazza Gallerie, 5300 Wisconsin Ave. NW; the Embassy of France, 4101 Reservoir Road NW; Geothe-Institut, 812 7th St. NW and E Street Cinema, 555 11th St. NW; and Lincoln Theater, 1215 U St. NW. Tickets are $13 except for the closing film, I Can Quit Whenever I want, which is $25. A package of 10 tickets is also available for $100. Online tickets are available until the day before the show then will be available at the box office starting 1 hour before the screening.

On Friday, the Library of Congress turns 215. Founded in 1800, many think of the library as the place that has a copy of every book every published. Although not true, the library does have almost 24 million books, plus the world’s largest library, a comic book collection, map collection, video games, violins, globes and more. Anyone over 16 years old can get a Library of Congress card and use the reading room. The library also sponsors concerts and weekly story times for children. Among the notable items in its collection are a 1507 map by German cartographer Martin Waldseemuller, who was the first to full depict the Western Hemisphere; a collection of newspaper clippings and letters from President Lincoln’s 1858 political campaign; a digital record of every tweet since Twitter began in 2006; a Gutenberg Bible, published in 1455; The Whole Book of Psalms Faithfully Translated into English Meter, the first book ever printed in the U.S. in 1640; and a copy of Old King Cole, a book smaller than a grain of rice containing the children’s nursery rime. It can only be read with a microscope. 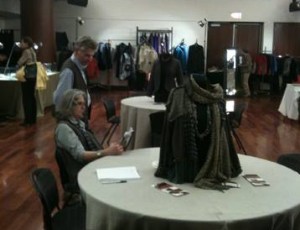 The 33rd annual Smithsonian Craft Show is a juried show and sale of fine American sculptural object and design. This year, 121 artists, including 31 new artists, have their work on display and sale. Work is limited 12 different media: baskets, ceramics, decorative fiber, furniture, glass, jewelry, leather, metal, mixed media, paper, wearable art and wood. There are also lectures each day that are included with admission. 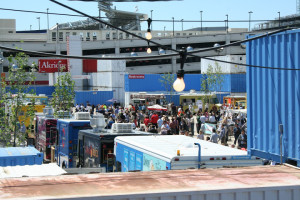 Food truck will gather Friday at Truckeroo at the Bullpen by Nationals Park. Photo: Truckeroo)

Truckeroo kicks off its summer season with more than two dozen food trucks. Truckeroo will be held monthly on May 15, June 12, July 10, Aug. 21 and Sept. 11. The list of food trucks changes monthly. There is live music all day and beer is available at the Bullpen bar. There are also games, such as cornhole.

Bard in the Yards 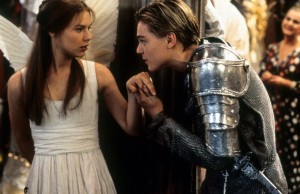 The Folger Theatre and the Capitol Riverfront BID celebrate Shakespeare’s 451st birthday with Bard in the Yards, three of Hollywood’s bet takes on his plays for a free weekend of outdoor films. Actors from the Folger Theatre’s production of Rosencrantz and Guildenstern Are Dead will introduce the screenings. On Friday, Much Ado About Nothing will be shown, with Baz Luhrmann’s Romeo + Juliet on Saturday and The Taming of the Shrew on Sunday. 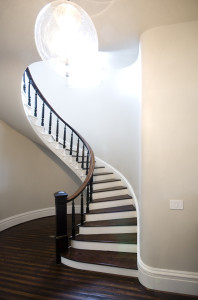 Georgetown house will be open to the public on Saturday. (Photo: Georgetown House Tour)

Each year the Georgetown House Tour features a number of Georgetown’s most beautiful homes and their impressive gardens. Houses are arranged for easy walking at your own pace taken in the order you prefer. Admission includes a House Tour Magazine full of useful information including a map of the houses, which makes it possible to set your own route. On the tour this year is a not-to-be-missed Parish Tea in Blake Hall at historic St. John’s Church, 3240 O St. NW. Following an 84-year tradition, this tea features homemade tea sandwiches and sweets. You may walk in at any time between 2-5 p.m. 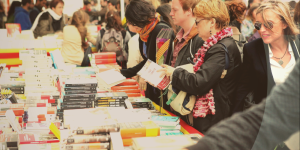 Celebrate Diada de Sant Jordi (Saint George Day) that will transform the Dupont Circle neighborhood into a festival of books and roses. Sant Jordi’s celebration is inspired by the legend of St. George, who slayed a dragon to save a princess and then plucked a red rose for the princess from a rose bush, which had sprouted on the exact spot, where the dragon’s red blood had spilled.It was declared world book day by UNESCO in 1995. The festival includes a street book fair at Dupont Circle with a number of area bookstore taking part. There will also be a book drive with donors receiving a Sant Jordi rose in exchange for books. Storytelling, a book exchange, arts and crafts, and food vendors will also commemorate a more than 100-year-old Catalan tradition. 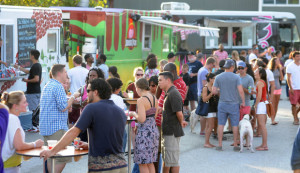 Taste of Three Cities began in 2012 as a D.C. vs. Baltimore food truck show in Charm City. Last year, Philadelphia joined the competition. This year, 60 food trucks will visit in all three cities with $20,000 in cash and prices on the line. Nine food truck will face off in D.C. Among the local food trucks are D.C. Slices, Red Hook Lobster Pound, Captain Cookie and D.C. Taco Truck. The competition will stop in Philadelphia on May 9 and Baltimore on June 6. A champion will be crowned in each city based on input from a panel of judges and the crowd. The truck with the most points at the end of the circuit will receive a bonus. Entertainment include music by Elikah, Fractal Cat, Greasy Hands and Yellow Dubmarine. Proceeds benefit D.C. Central Kitchen. 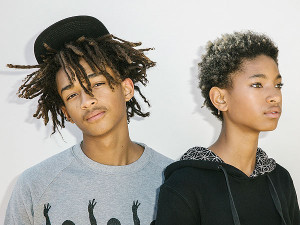 This year, the Broccoli City Festival, the annual Earth Day celebration, features sets from Erykah Badu as DJ Lo Down Loretta Brown, rapper Joey Bada$$ and Will Smith’s rapping children Willow and Jaden. There will also be plenty of food options, craft vendors and art installations. There will also be free fitness and yoga classes. 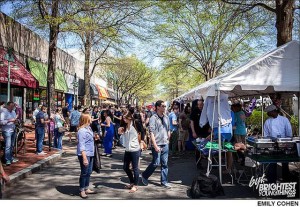 The streets of Shirlington Village will become a beer festival on Saturday. (Photo: Brightest Young Things)

Apr. 25 from noon-7 p.m. at The Village of Shirlington, outside Capitol City Brewing Co., 4001 Campbell Ave., Arlington. Tickets are $30 at the door and includes 10 four-ounce samples and a tasting glass. Additional tastes are $1 with a five ticket minimum. Non-drinkers are free.

Lord of the Rings Movie Festival 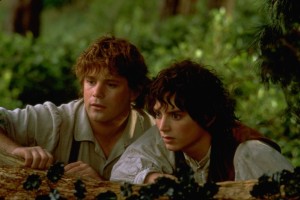 Sean Astin (left) and Elijah Wood in The Lord of the Rings: The Fellowship of the Ring. (Photo: New Line Productions)

Apr. 26 starting at noon at Arlington Cinema & Drafthouse, 2903 Columbia Pike, Arlington. Tickets are $10 online or at the box office.