No Need to Wait for Check with New App 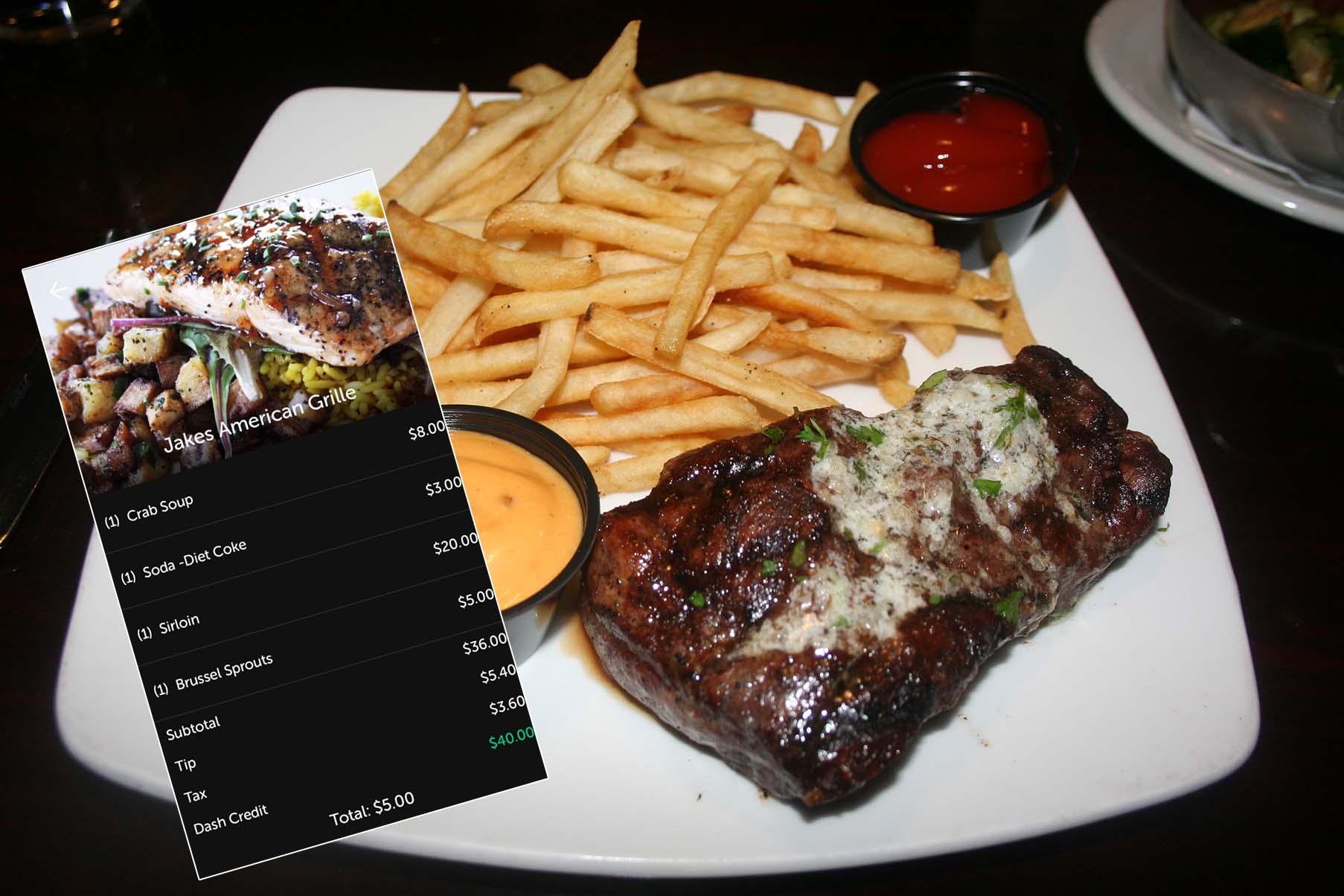 Dash allows users to split and pay their check with their smartphone. (Photos: Mark Heckathorn/DC on Heels)

Dash launched in New York City in November 2013 and then Chicago in October 2014. Today, 33 restaurants and bars accept the app in NYC with another 20 in Chicago.

“We’re incredibly excited to announce the launch of Dash in Washington, D.C. As a top-tier culinary city with a diverse food and bar scene catering to local young professionals and college students, the city is a perfect fit for Dash,” said CEO and co-founder Jeff McGregor, who came up with the idea of Dash on New Year’s Day with college roommate Gennady Spirin when they were out to brunch and unable to grab their waiter’s attention at the busy restaurant.

“Dash has found that its target audience is fast casual restaurants and bars for the most part,” spokeswoman Brittany Blake told DC on Heels. “This is because when you go to a fine dining establishment and you are eating for 2+ hours, you are paying for the experience. You’re not in such a hurry to skip the check process at the end. Who wants to wait to close out their tab at bar with two bartenders who are making drinks and handling tabs for many, many others? You want to just go home and pay your tab yourself.”

Dash integrates users’ mobile devices with venues’ point of sales systems. That allows users to split the bill, pay and get out whenever they want without waiting for the check or server and ensures your credit card isn’t left behind since you won’t need to take it out of your wallet.

With Dash, diners and bar-goers don’t need to wait for the check at a busy restaurant, hassle with splitting a bill or worry about leaving a credit card behind the bar after opening a tab.

Diners can easily check their bill, split it, add a tip and pay without waiting for the check. (Photos: Dash)

When you arrive at a restaurant or bar that accepts Dash, you simply check in then tell the server or bartender that you’d like to pay with Dash, at which point your tab is connected allowing your order to appear in real-time on your phone. You can see your order on your phone in real time.

Friends can invite other users to participate in one Dash bill to easily split it without giving the server multiple credit cards or asking for separate checks. Users can split the bill by item. Dash also allows guests to set a tip using a percentage or by inputting a specific amount. Then, with one touch, users can pay their bill using a credit card linked to the app.

“Dash is not a mobile ordering app. We didn’t want to remove the personal interactions between servers and patrons…,” McGregor said. “Instead, the platform simply provides a real time view of your spending when you’re dining out, allowing you to split the bill with friends, easily set a tip without the need to do math and close your check out at your own discretion.” 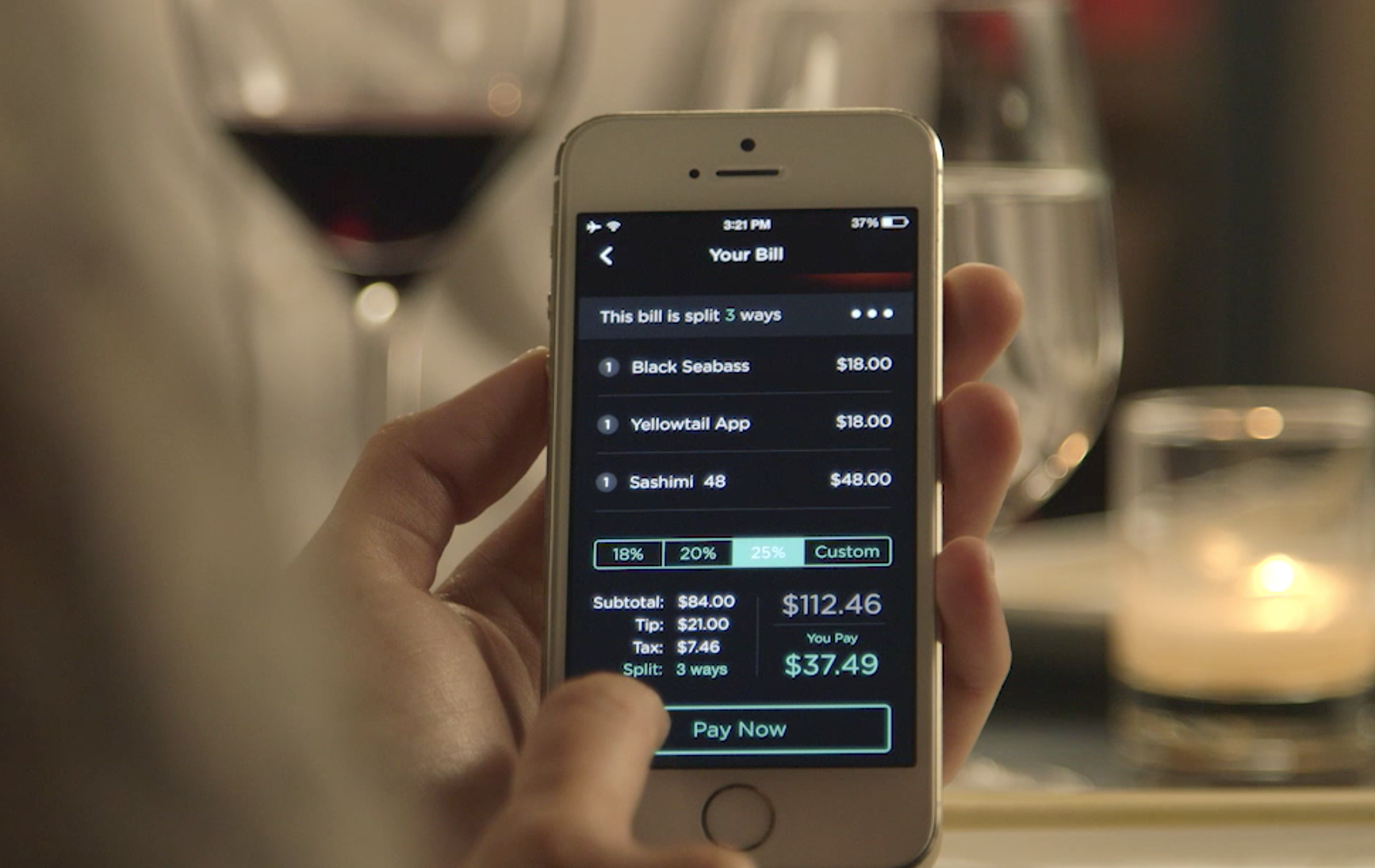 I got to try Dash out at Jake’s American Grille, 5018 Connecticut Ave. NW, recently. Although I was the server’s first customer to pay with Dash, paying with it was quick and easy. I could see my order in the app and paying was a snap. No waiting for the check or waiting for the server to run my credit card and bring it back. I was able to pay and leave with the tap of my phone.

Dash charges the bars and restaurants a fee, but offers a lower processing fees on credit cards, which is why Blake said restaurants would want patrons to use Dash over just paying with their credit card. Diner pay no extra fees.

Dash is offering a special offer to DC on Heels readers. Just download the Dash app from the Apple Store or Google Paly to your iOS or Android phone or go to http://getda.sh/ on your mobile phone. After you’ve installed Dash, enter the promo code DCONHEELS and a $5 Dash Credit will be applied to your account for you to use the first time you pay with Dash.