As predicted, the cherry blossoms are expected to reach peak bloom between now and Tuesday just in time for the end of the National Cherry Blossom Festival. The festival culminates this weekend with the grand ball and sushi reception, the annual parade and the annual Sakura Matsuri Japanese Street Festival. On Sunday, the new Anacostia River Festival is the official end of the cherry blossom celebration. There’s plenty of other activities too, if you don’t like to fight the crowds or tourists.

There will no weekend track work on Metro again this weekend as ridership has increased 15 percent during weekdays and can nearly double on weekends during cherry blossom season. Metro will open at 5 a.m. — two hours early — on Sunday for the Cherry Blossom 10 Mile Run. 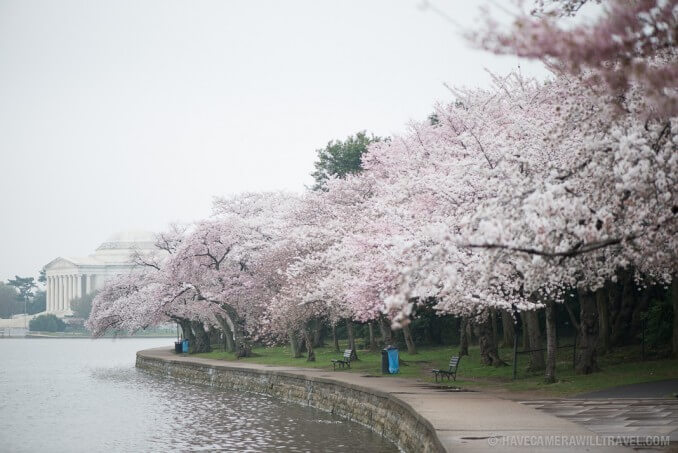 Early morning visitors enjoy the cherry blossoms along the Tidal Basin on Thursday. The blossoms are expected to peak this weekend. (Photo: David Coleman/HaveCameraWillTravel.com) 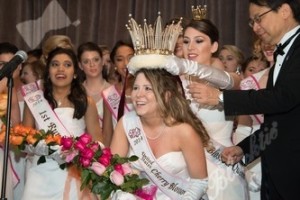 The 2015 official Cherry Blossom Grand Ball & Sushi Reception during the Centennial Celebration of the Gift of Dogwood Trees from the United States to Japan, begins with a sushi reception where guests will enjoy complementary Sapporo Beer and Mu Sake, while sampling sushi created by the master sushi chefs of Japan. Then the ballroom doors will open, inviting guests to their tables for dinner with the Cherry Blossom Princesses, guests from Japan and other dignitaries. Following dinner, the princesses are formally introduced during the grand march. One princess will become the 2015 U.S. Cherry Blossom Queen with the ceremonial crowning of the spectacular Mikimoto Crown, a priceless Japanese work of art. A smaller replica crown and strand of Mikimoto pearls are presented to the queen. The evening rounds out with dancing to the sounds of the Big Band Caliente. 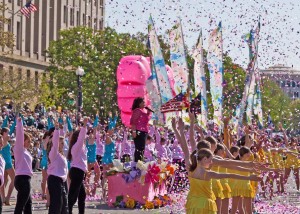 One of DC’s largest spectator events, the energy-filled National Cherry Blossom Festival Parade runs for 10 blocks along Constitution Avenue. Giant colorful helium balloons, elaborate floats, marching bands from across the country, celebrity entertainers and performers burst down the Parade route in a grand spectacle of music and showmanship. The steps of the National Archives serve as an exciting performance backdrop. 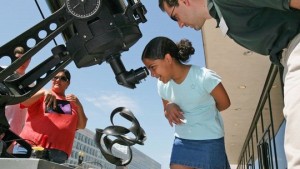 Learn about the development of telescopes over the past 400 years, from Galileo’s first to the Hubble Space Telescope during the Air and Space Museum’s Explore the Universe Family Day. Look at the sky trough telescopes, find out how they work and enjoy hands-on activities, story time and other family-friendly programs. A free planetarium show, Skies Around the World will be shown at 10:30 a.m. in the Albert Einstein Planetarium on a first come, first served basis.

Apr. 11 from 10 a.m.-3 p.m. at the National Air and Space Museum, Sixth Street and Independence Avenue SW. Admission is FREE! 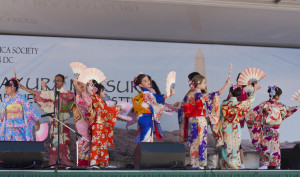 The Sakura Matsuri Japanese Street Festival is the largest one-day celebration of Japanese culture in the U.S. with over 50 cultural groups, vendors and food booths, and over 30 hours of performances on four stages. Click here for the performance schedule or here for the program guide. 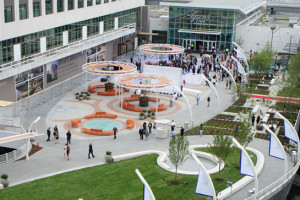 Blessing of the Fleets 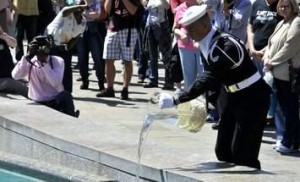 A sailor from the Navy Ceremonial Guard pours water collected from the seven seas and the Great Lakes into the fountains at the Navy Memorial to “charge” the fountains to life. (Photo: Mass Communication Specialist 2nd Class Zach Allan/U.S. Navy)

The U.S. Navy Memorial celebrates its 24th annual Blessing of the Fleets ceremony following the Cherry Blossom Parade. Passed down through generations of sailors and navies around the world, the centuries-old ceremony is intended to safeguard crews and ships from the danger of the seas through a traditional blessing given by a clergyman at the water’s edge. As a tribute to our nation’s rich maritime heritage and the men and women who have contributed to its growth and success, the Navy Memorial hosts its annual Blessing of the Fleets ceremony each spring. The ceremony’s highlight occurs when sailors from the U.S. Navy Ceremonial Guard proceed across the plaza’s “Granite Sea” to pour water from the Seven Seas and the Great Lakes into the surrounding fountains “charging” them to life and ushering in the spring season. The U.S. Navy Band will perform. The new exhibit “The Year of Navy Reserve” will also open and the Navy Culinary Specialists of the White House Mess will prepare navy bean soup for visitors to sample. 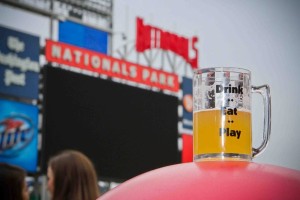 Beer and baseball go hand in hand, so it make sense that the D.C. Beer Festival is taking place at Nationals Park. It’s a scenic setting for a day of drinking, which will include seasonal beers from 70 breweries, eats from food trucks, lawn games, DJs and other shenanigans. 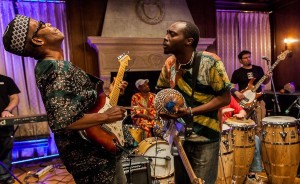 Afropop band Elikeh will perform at the Rock and Roll Hotel. Elikeh uses elements of West traditional African music as a foundation for exploration into American-influenced funk, soul and jazz to produce captivating Afro-pop tunes that are as listenable as they are danceable. Although based in indigenous traditions, Elikeh’s music has no borders, exploring global themes and personal odysseys. 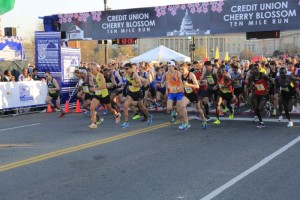 World-class runners and 15,000 running enthusiasts tour the cherry blossoms in the 43rd running of the annual Credit Union Cherry Blossom 10 Mile Run and 5K Walk. The run begins and ends at the Washington Monument. The course takes runners down Independence Avenue then up Rock Creek Parkway to F Street NW. Runners then return to Memorial Bridge to cross and come back before heading back Independence Avenue and around the Tidal Basin and through East Potomac Park before returning to the Washington Monument.

Apr. 12 from 7:30-10:30 a.m. starting at the Washington Monument grounds, 15th Street and Constitution Avenue NW. Registration is closed but spectators are FREE! 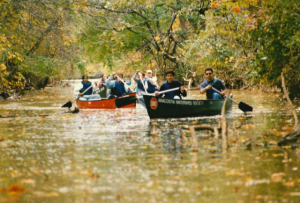 Visitors to the Anacostia River Festival will get to explore the river Sunday. (Photo: Anacostia Watershed Society)

Celebrate the Anacostia River, its history, ecology and the communities that live and work alongside it during the first Anacostia River Festival. The festival will feature hands-on art workshops, musical performances, tours of historic Anacostia, boating and even fishing workshops. Activities include a kayak and canoe paddle experience, musical performances throughout the day, a live birds of prey demonstration, make your own river masterpiece, an Anacostia River photography exhibition and a river mural workshop.

Apr. 12 from noon-4 p.m. at Anacostia Park, Anacostia Drive and Good Hope Road SE. Admission is FREE! Free shuttles will run from the Anacostia and Eastern Market Metro stations. Free parking is available at the Anacostia Metro and Maritime Plaza, 1220 12th St. SE with free shuttles from both.