After last weekend’s cold weather, this weekend is going to feel like spring with temperatures in the low- to mid-60s. And while the Yoshino cherry trees and expected to be at peak blossom for another week – florets were spotted Apr. 1 and the National Park Service is predicting peak bloom between Apr. 11-14 – there are several cherry blossom activities going on around the DMV from a play at the Atlas theater and fireworks at the Southwest waterfront to a family fun day at the Smithsonian’s American Art Museum in Penn Quarter. Get out and enjoy!

Metro has halted weekend track work for the next two weekends as the busy cherry blossom season gets underway. Weekday ridership increases 15 percent and weekend ridership can nearly double during cherry blossom season, according to Metro. The National Park Service is predicting peak bloom for the cherry trees between Apr. 11 and 14. 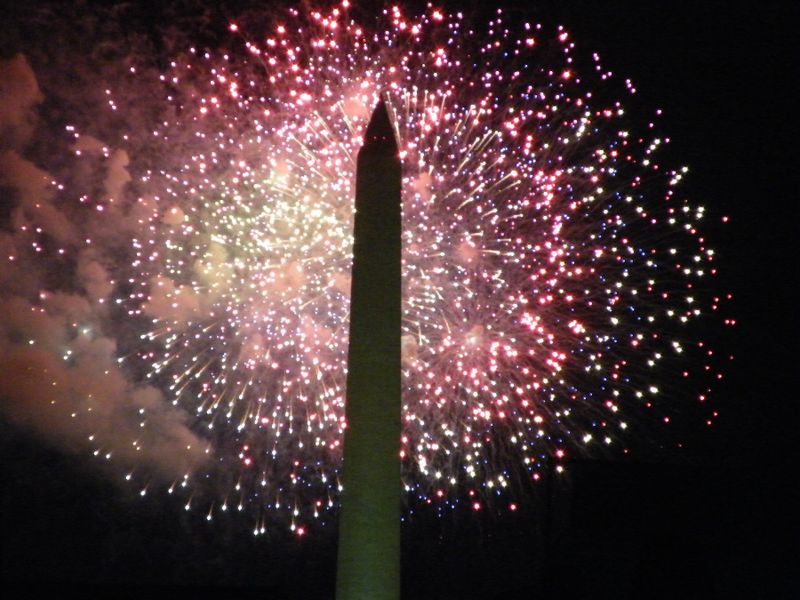 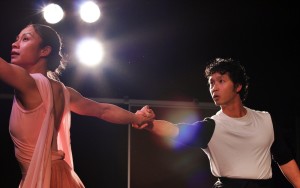 Tuyet Thi Pham plays Blossom and Jacob Yeh plays the other parts in Blossom’s Rainbow at the Atlas Theater Friday and Saturday. (Photo: Arts on the Horizon)

Arts on the Horizon’s Blossom’s Rainbow offers a unique encounter with Japanese music, dance and storytelling. In it, a painter’s brush sets a young cherry blossom’s world into motion. Infused with whimsical dance, vibrant colors, and dynamic live music, join Blossom on her journey from red mountains down to the indigo city in this new piece that celebrates Japanese culture, springtime, the natural world and friendship. The play’s subtle themes include the circle of life and the journey of the cherry blossom from the mountains to the ocean, where she completes her life cycle. The show demonstrates the beauty and gracefulness of the cherry blossom through the movement and costume. Blossom is also seen interacting with the people, animals, and her surrounding environment as she goes through her journey—the crane, the fish, the river, a school boy, a villager, a wave from the ocean. Best for ages 2-5. Performances are followed by a “free play” session giving the children an opportunity to explore the play’s materials. 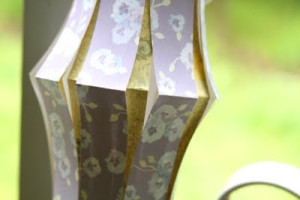 Make a paper lantern and do other activities at Canal Park on Saturday. (Photo: Salty Pineapple)

The Capitol Riverfront BID will hold the National Cherry Blossom Festival’s Lantern Making Family Day at Canal Park. There will be two sessions of lantern making for children and adults at 10 a.m. and noon. The lantern making day will feature a variety of Japanese cultural activities, as well as a moon bounce for children. 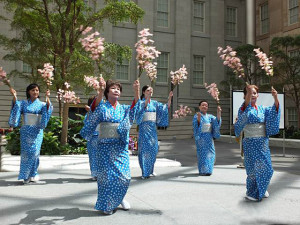 Enjoy traditional Japanese music and dance performances while you make tatebanko – Japanese paper dioramas and fold origami birds and make creative cherry blossom crafts during the American Art Museum’s Cherry Blossom Family Celebration. There will also be taiko drummers and a “tea talk.” Musician Masayo Ishigure and her students will perform songs on the koto, a traditional Japanese string instrument, and the Onoe Ryu Dance Company will demonstrate classical Japanese dances and choreography

Enjoy Blossoms and Baseball as the Washington Nationals take on the New York Yankees in the last exhibition game of the pre-season. 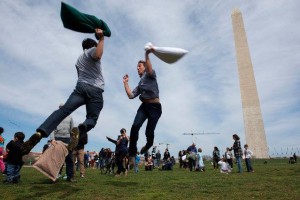 It’s International Pillow Fight Day and Capitol Improv will hold a pillow fight at the Washington Monument. The rules are simple: wait until the signal to begin, swing pillows lightly since children are involved; don’t swing at people without pillow or with cameras, remove eyeglasses beforehand and leave down pillows at home – cleanup is easier.

Apr. 4 at 3 p.m. on the rectangular plot of grass between the Washington Monument and the World War II Memorial at Constitution Avenue and 15 Street SW. Admission is FREE!

Happy Easter! If you don’t feel like cooking after you’ve found all the eggs and eaten all your chocolates, several area restaurants are offering sJpecial Easter brunches and dinner. Click here to see our list. 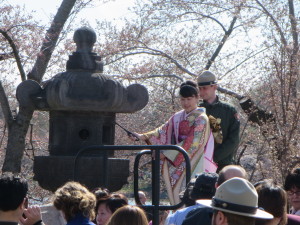 Jointly sponsored since 1954 by National Conference of State Societies (NCSS) and the National Park Service National Capital Region, the Official Japanese Stone Lantern Lighting Ceremony observance opens the NCSS Cherry Blossom Princess festivities. The ceremony features traditional Japanese music, the presentation of the United States and Japan Cherry Blossom Queens, along with the 2015 Cherry Blossom Princesses and remarks by a number of dignitaries including the Ambassador of Japan to the United States. The Japanese Stone Lantern was carved nearly four centuries ago to honor the Third Shogun of the Tokugawa period. It stands 8.5 feet tall and weighs 4,000 pounds. In 1954, the lantern was moved from Japan and presented to Washington D.C. as a gift commemorating the 100th anniversary of the first treaty between the two countries. Since then, the Stone Lantern has been lit once each year by the Cherry Blossom Princess representing the Embassy of Japan—and only during the National Cherry Blossom Festival.

Apr. 5 from 2:30-4 p.m. at the Japanese Stone Lantern at the Tidal Basin, Independence Avenue and 17th Street SW. Admission is FREE!