Faking It to Make in Love

Just because someone’s great on paper, doesn’t mean they’ll be great in the bedroom. So what do you do when you find the perfect person, but they turn out to be a lousy lay? Some would say faking it in the bedroom is better than spending another night alone. Others would beg to disagree. 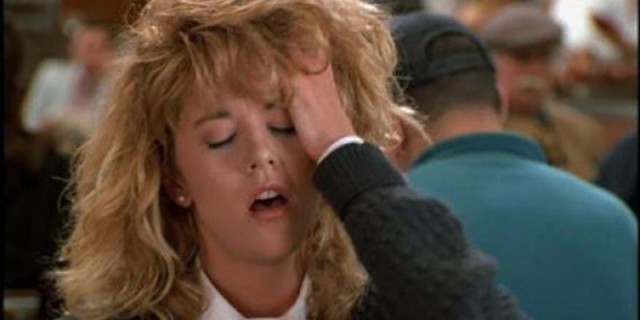 To fake it or not to fake it. (Photo: letstalkaboutvaginas.wordpress.com)

Personally, I don’t think faking it is the way to go. For one, you’re not doing yourself a favor. You’re going to be the one left feeling nothing, but if you’re into that, go for it. Secondly, you’re not doing the other person a favor by lying to them. Maybe they don’t know what they’re doing wrong, and your pointers can help them out in the future. Sometimes people just need someone to lead them in the right direction. A little instruction and a little more time can do wonders.

But some people are too embarrassed to say anything and would rather say nothing, which leads to them feeling nothing. So why do it? Can you live pleasantly pleasureless?

Here’s a few reasons why someone chooses to opt out on the orgasm:

You’re yelling yes, but you’re thinking not again. You’re only faking it because you want to make your partner happy at your expense. You really like their company, and other than the bedroom they’re perfect. In this case, you choose love over pleasure and hope that practice makes perfect.

Sometimes you’re just not in the mood. Either it’s way too early to function or your favorite movie is on, either way you just don’t want to do it. So in order to get it out the way, you fake it so you can go back to sleep or catch the end of your movie. You know it’s wrong, but there’s just other things you’d rather be doing than being humped.

You’re actually in the mood, and so is your partner. Just when things start to get hot and heavy, that’s it. Some of the best things in life take a while to reach, which includes orgasms. In this case, you should tell your partner to literally try to hold it in longer or switch things up and try a different technique. It’s only fair after all. 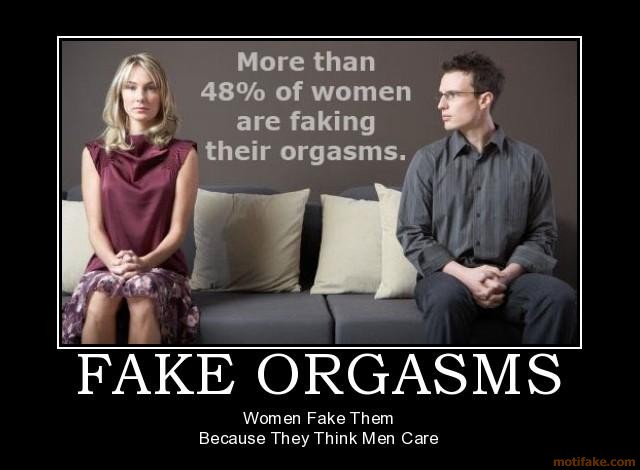 It seems like a lot of people fake it to avoid hurting someone else’s feelings. (Photo: g35driver.com)

Whatever your reasoning for faking it is, just weigh out the pros and cons. If you truly believe faking it will benefit your relationship, go on and fake it till you make it. Otherwise, be honest with your partner. Aside from being a bit embarrassed, they’ll most likely ask what they can do to make you happy. A couple suggestions here and there can go a long way.