The weather forecast may be calling for snow today, but it is the first day of Spring and the three-week National Cherry Blossom Festival has kicked off even through the peak blooms aren’t expected until about Apr. 11. The Textile Museum opens at its new home on the GW campus, and the Kennedy Center’s Iberian Suite festival wraps up. 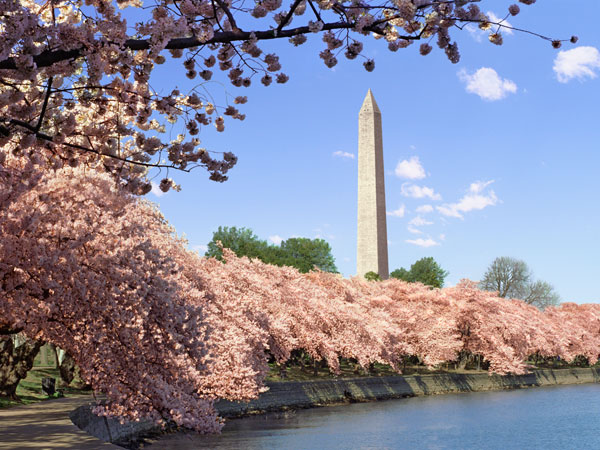 The National Cherry Blossom Festival kicks off this weekend even without the blossoms. This scene is from 2014. (Photo: Getty Images)

Although peak boom isn’t expected until around Apr. 11, the National Cherry Blossom Festival officially kicked off Thursday with the Pink Tie Party at the National Building Museum. On Saturday, the official opening ceremonies will kick off three weeks of events through Apr. 12. Scheduled to perform Saturday is Japanese pop singer Misato Watanabe; AUN-J Classic Orchestra, a group of eight young musicians who play traditional Japanese instruments made from natural wood; jazz and classical pianist Manami Morita; and Deborah Bond, whose music is an eclectic mix of R&B, funk and British soul. 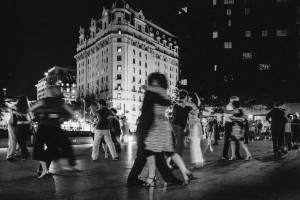 The ninth annual Exposed D.C. photography show uses the work of local photographers of all skill levels to “tell the story of living, working and loving in this city that is so much more than a collection of monuments.” The 42 photographs tell the story of the Washington, D.C. area, not as a political venue or tourist destination, but as a place where people live, work and love every day. All prints in the show are for sale. 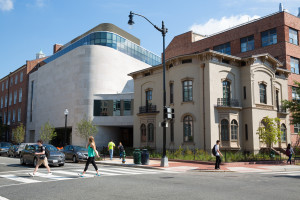 The George Washington University Museum and The Textile Museum officially open to the public this weekend with three inaugural exhibitions and other activities including a textiles show and tell and an open house with free art activities, performances and refreshments.

Head to the Washington Monument for a workout with a stunning view Saturdays at Step Into Spring Fitness during the National Cherry Blossom Festival. On Mar. 21, there will be a P.O.S.E.S class with Jessica that uses each of the key elements of yoga, power, oxygen, strength, entertainment and stillness for a well rounded practice from 10-11 a.m.. Then from 11 a.m.-noon, there will be a Zumba class with Tammy that fuses hypnotic Latin rhythms and easy-to-follow moves to create a high energy, calorie blasting total body dance-based workout.

Mar. 21 and 28 and Apr. 4 at the Washington Monument on the National Mall. Admission is FREE! Click here to register. 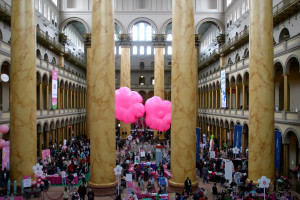 Picnic in the great hall of the National Building Museum on Saturday. (Photo: David Gaines)

Take a blanket, a basket and a lunch and have your picnic in style in the National Building Museum’s Great Hall. The Tokyo Picnic Club was founded in 2002 to commemorate the bicentennial of the founding of London’s Pic-Nic Club and to stand up for the “Picnic Right” of the residents of Tokyo, where pubic park area per person is only 5.2 m2. Taste premium loose-leaf teas and sweets from Teaism. A prize will be given for most stylish picnic and activities. 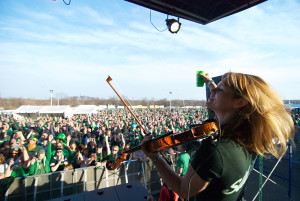 Organized in honor of St. Patrick’s Day, the annual Shamrock Fest held outside of RFK Stadium, marks the beginning of D.C.’s outdoor concert season. There are five stages with more than 30 live bands and DJs including non-Irish bands Blues Traveler, Reel Big Fish, Scythian and Street Dogs, along with Celtic-influenced bands Gaelic Storm and Carbon Leaf, plus a bunch of DJs. There will also be beer and food for sale, contests, bagpipers and Irish dancers, vendors and more.

Mar. 21 from 3-11 p.m. at RFK Stadium Festival grounds, 2400 E. Capitol St. SE. Tickets are $29.99 for general admission and $74.99 for VIP admission , which includes a bottomless souvenir mug and VIP area with exclusive restrooms. 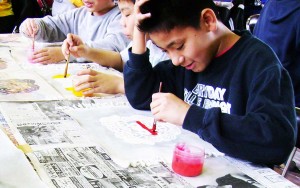 The Textile Museum will host an exhibition on textiles from Okinawa in 2016. On Sunday, learn about and make artwork inspired by the brightly colored bingata, traditional Okinawan cloth made using stencils and resist dyeing. Bingata features various patterns, usually depicting natural subjects such as fish, wter and flowers. Staff from The Textile Museum and the Bingata Association from Okinawa will help participants practice techniques to make their own bingata object. 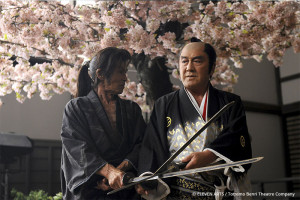 The Japan-America Society of Washington, D.C. presents Cinematsuri, a film festival that showcases five of Japan’s most recent and best films, each in a different genre reflecting the richness and diversity of Japanese cinea today. All films are in Japanese with English subtitles. Sunday’s feature is Uzumasa Raimuraito (Uzumasa Limelight) about the kirareyaku, the men whose job is to be klled by the lead star in period Jidaigeki films (period dramas with sword fighting). Director Ken Ochiai will attend a reception after the screening. Tuesday’s film is Bokutachi No Kazouku (Our Family), Wednesday will be Kazoku No Kuni (Our Homeland), followed by Shirayukihime Satsujin Jiken (The Snow White Murder Case) with closing night film of Chiisai Ouchi (The Little House).

The Ron Lala Theater Co.’s will perform Somewhere in Quixote at 1:30 and 5 p.m. Saturday and Sunday. (Photo: Ceferino Lopez)

The Kennedy Center’s three-week long Iberian Suite: Global Arts Remix wraps up this weekend. The festival of theater, dance, music, visual arts, literature, design, cuisine and film highlights the many cultures that comprise the Portuguese- and Spanish-speaking peoples. The Iberian Peninsula is home to Portugal and Spain, which laid claim to much of North and South America, and coastal Africa long before Britain began exploring new worlds. Visual arts are highlighted in exhibitions and installations around the building, and additional events focus on literature, film, cuisine and more. Highlights this weekend include the exclusive U.S. exhibition of “Picasso Ceramist and the Mediterranean,” a selection of more than 140 of Pablo Picasso’s ceramic pieces; Piazzologia, a tribute to maestro Astor Piazzolla with five musicians and two world-renowned tango dancers at 8 p.m. Friday and Saturday; and the Ron Lala Theater Co.’s production of Somewhere in Quixote at 1:30 and 5 p.m. Saturday and Sunday.

Through Mar. 24 at various times at the Kennedy Center, 2700 F St. NW. The full schedule is available here. Tickets range from FREE to $100.