Hope by the Glass

On Saturday, the D.C. Chapter of the Cystic Fibrosis Foundation took over the National Building Museum for the third year in a row for its Brewer’s Ball. With 1,350 people in attendance, the event raised more than $300,000. 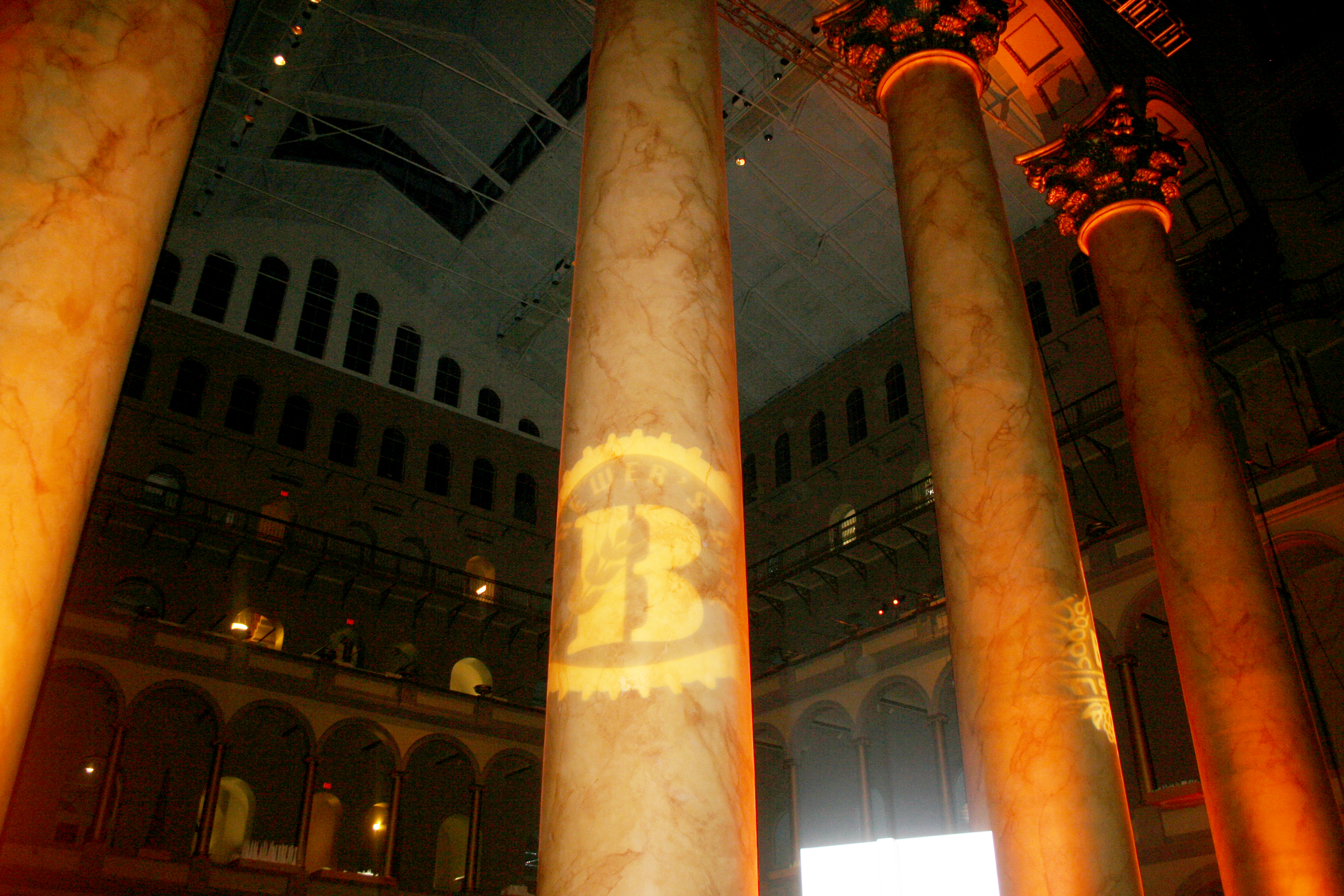 This was the 10th anniversary of the Brewer’s Ball – last year was also billed at the 10th. Maybe those keeping count had too many beers? – which raises money to find a cure of the respiratory disease that affects 70,000 people worldwide. 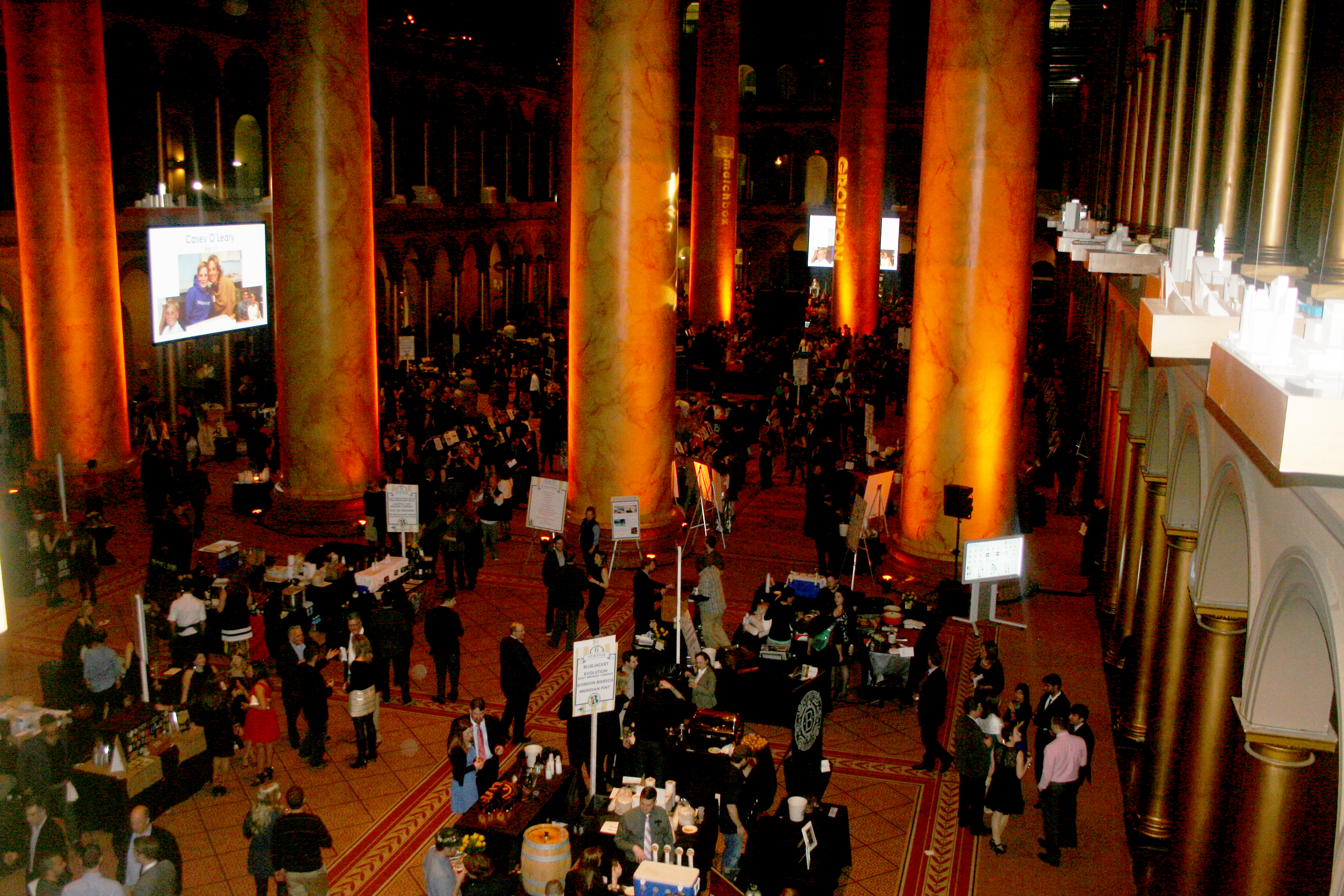 Guests visit the beer and food stations at the Brewer’s Ball. (Photo: Mark Heckathorn/DC on Heels)

The sold out event drew 37 national and local breweries including Blue Ox from Ashburn, Bluejacket from D.C. and Evolution Craft Brewing Co. out of Salisbury, Md. In addition to beer, the $135 ticket included unlimited ciders from Bold Rock Hard Cider and Angry Orchard Crisp Apple Cider from Boston Beer Co., wines from Oyster Bay Wines and Total Wine & More, cocktails and mocktails from The Cocktail Guru and, if you were one of the sponsors who forked over $5,000-$25,000, champagne. My favorite was the Angry Orchard Crisp Apple Cider. 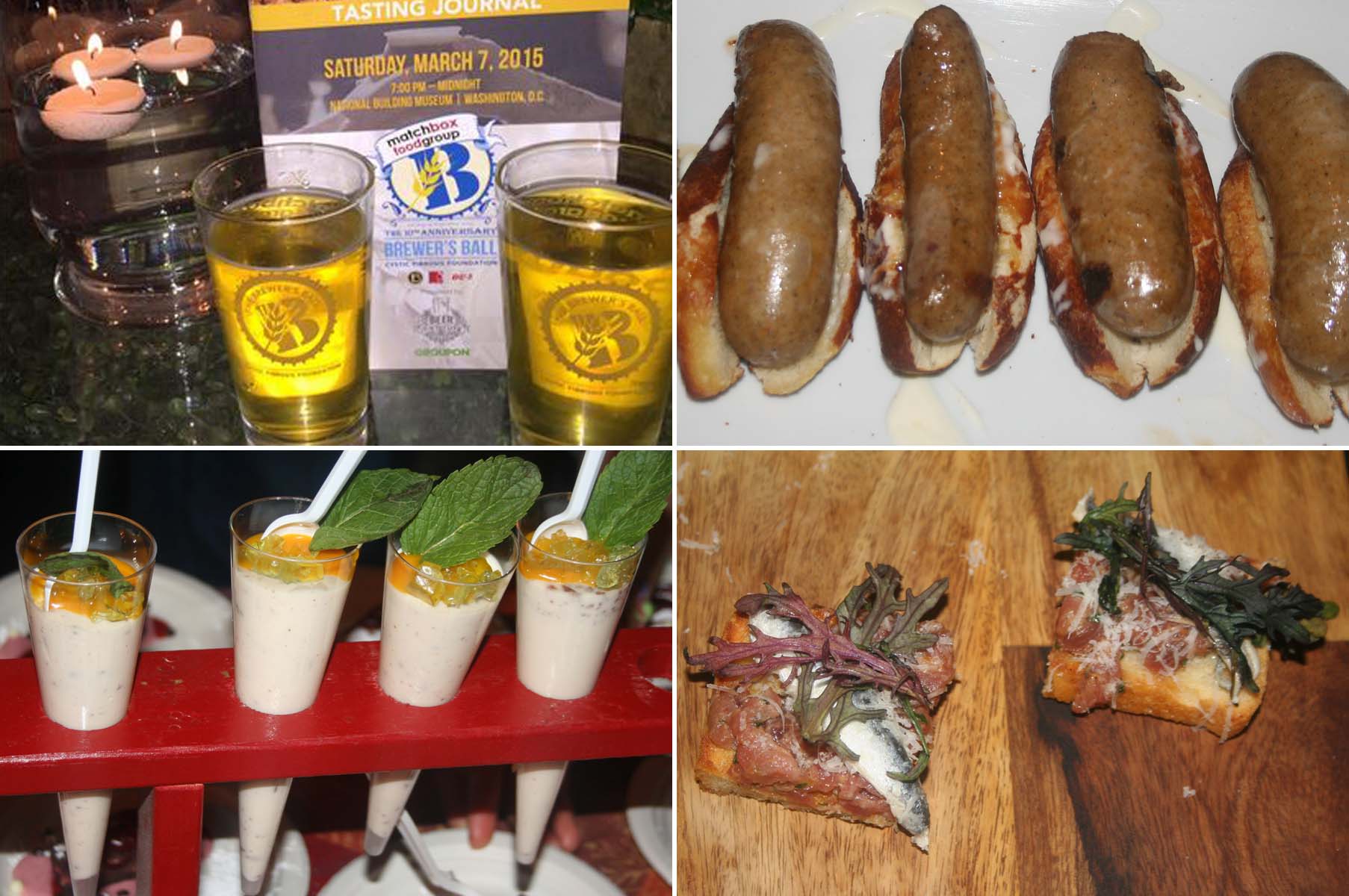 The Brewer’s Ball included beer (clockwise from top left), house-made chicken sausage on a pretzel roll from Roofers Union, beef tartare on buckwheat brioche toast from Gypsy Soul and pecan panna cotta with appel-beer jelly from Belga Cafe and B Too.
(Photos: Mark Heckathorn/DC on Heels)

To go along with all those suds, 25 local restaurants dished out their best grub. Among the restaurants were DC-3 on Eight Street SE serving half smokes; Dirty South Deli, which has a food truck and a café in the National Museum of Women in the Arts, serving grits topped with ham, green onion, black pepper, honey and popcorn; and Dogfish Head Alehouse, with locations in Gaithersburg, Falls Church and Fairfax serving a tasty veggie macaroni and cheese, and jumbalaya. Also, Adams Morgan’s Roofers Union served house-made chicken sausage on a pretzel roll with wild mushrooms and taleggio cheese; Bethesda’s Mussel Bar & Grille with their spicy Thai curry mussels; Mosaic District’s Rogue 24 served buckwheat brioche toast with beef tartare, quail egg, Fresno peppers and parmesan reggiano.

My favorites of the evening were Ris’ gruyere grilled cheese and French onion soup, and Ruth’s Chris Steak House’s steak skewers with honey-soy marinated tenderloin skewers and crabcake sliders. The biggest disappointments were Hank’s Oyster bar, which had run out of oysters by 8:45 p.m. despite shucking 1,500 oysters. In fact, several of the restaurants like Granville Moore’s, Hill Country Barbecue and Charlie Palmer’s Steak House were unprepared for the crowd’s and ran out of food way before the 11:45 p.m. closing time, though not as early as Hank’s. 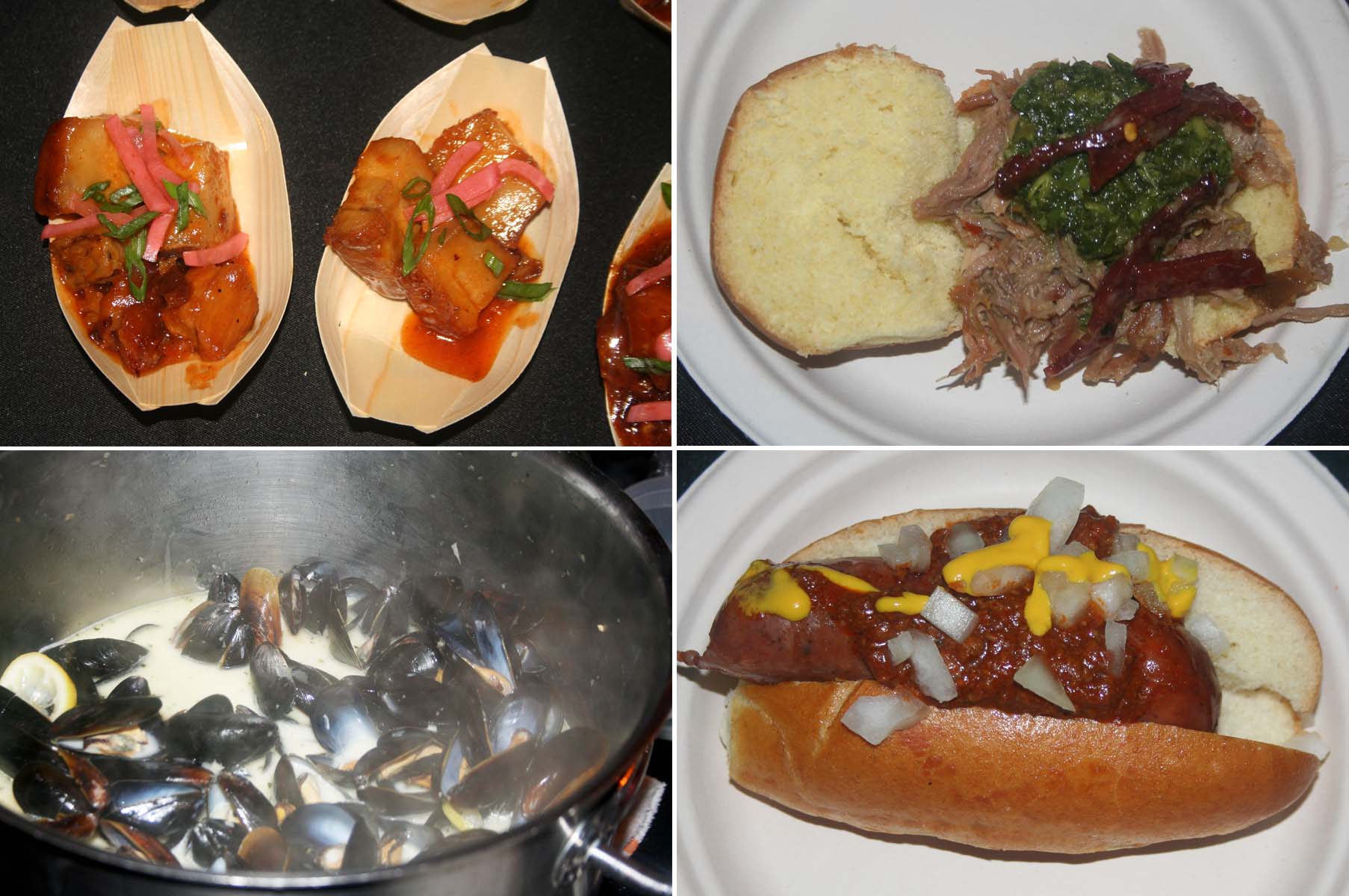 Fast-talking Pete Elliott from Four Sales Auction hosted auctioned off items, which featured luxurious vacations like a five-day, four-night stay in a Palm Springs house for 10, five nights in Idaho’s South Fork Lodge, or a 3-day trip for four to Hollywood with tickets to American Idol to watch the show in Ryan Seacrest’s personal seats. Silent auction items included tickets to The Daily Show with Jon Steward and Ellen.

Before and after the auction, the D.C. cover band The VIPs brought dancers out with rock classics and Top-40 favorites to work off all those calories they put on drinking beer and eating all the goodies.