Restaurant Not Worth Walk Down H Street

There are many new bars and restaurants along the H Street corridor that makes a trip worth the effort, event without the streetcars. But, unfortunately, the new Touché Supper Club at 1123 H St. NE in the former Twelve Restaurant & Lounge space is not one of them. 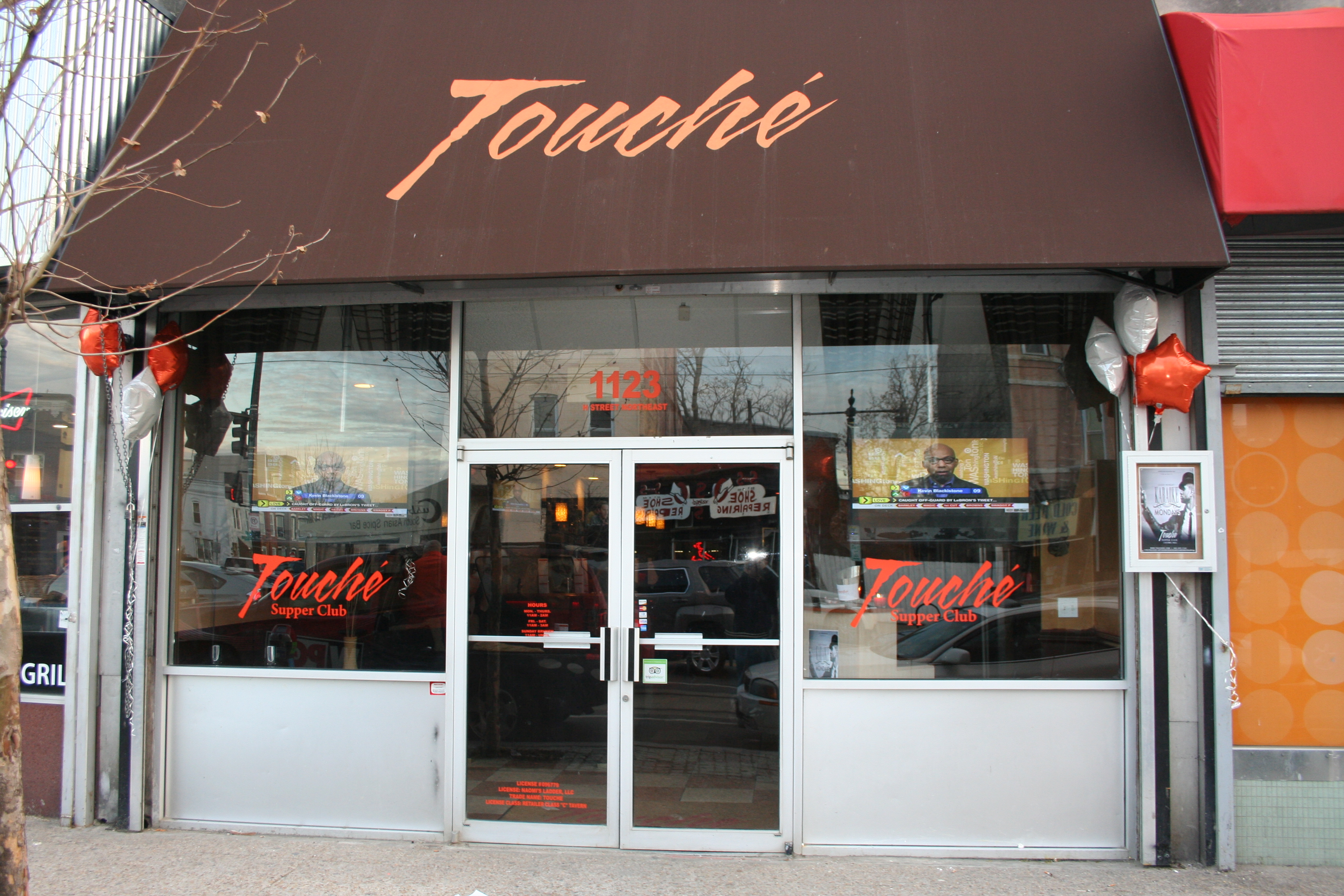 This is not a place you’ll want to take your children or your parents. On a recent visit for the restaurant’s “grand opening” – it has been open since Nov. 21 — the music in the downstairs restaurant included songs with rappers shouting “mother f**ker” and other words inappropriate for children or business associates. And, that music was so loud that you couldn’t carry on a conversation if you wanted to.

A tacky sign hanging at the end of the bar notifies patrons that there a minimum $10 charge to pay with credit card, and the bar menu doesn’t even include prices. Upstairs, there’s a $10 minimum charge for food and drink during shows. Also, Touché charges a $4.50 processing fee on all show tickets whether sold online, by phone or in person.

Jayné Price, Touché’s general manager, said the interior was completely remodeled with new paint and furniture, and old carpet ripped out to expose concrete floors. Yet for the grand opening, light bulbs were burned out, paint was peeling on the upstairs ceiling and tint on the windows was cracked and peeling. 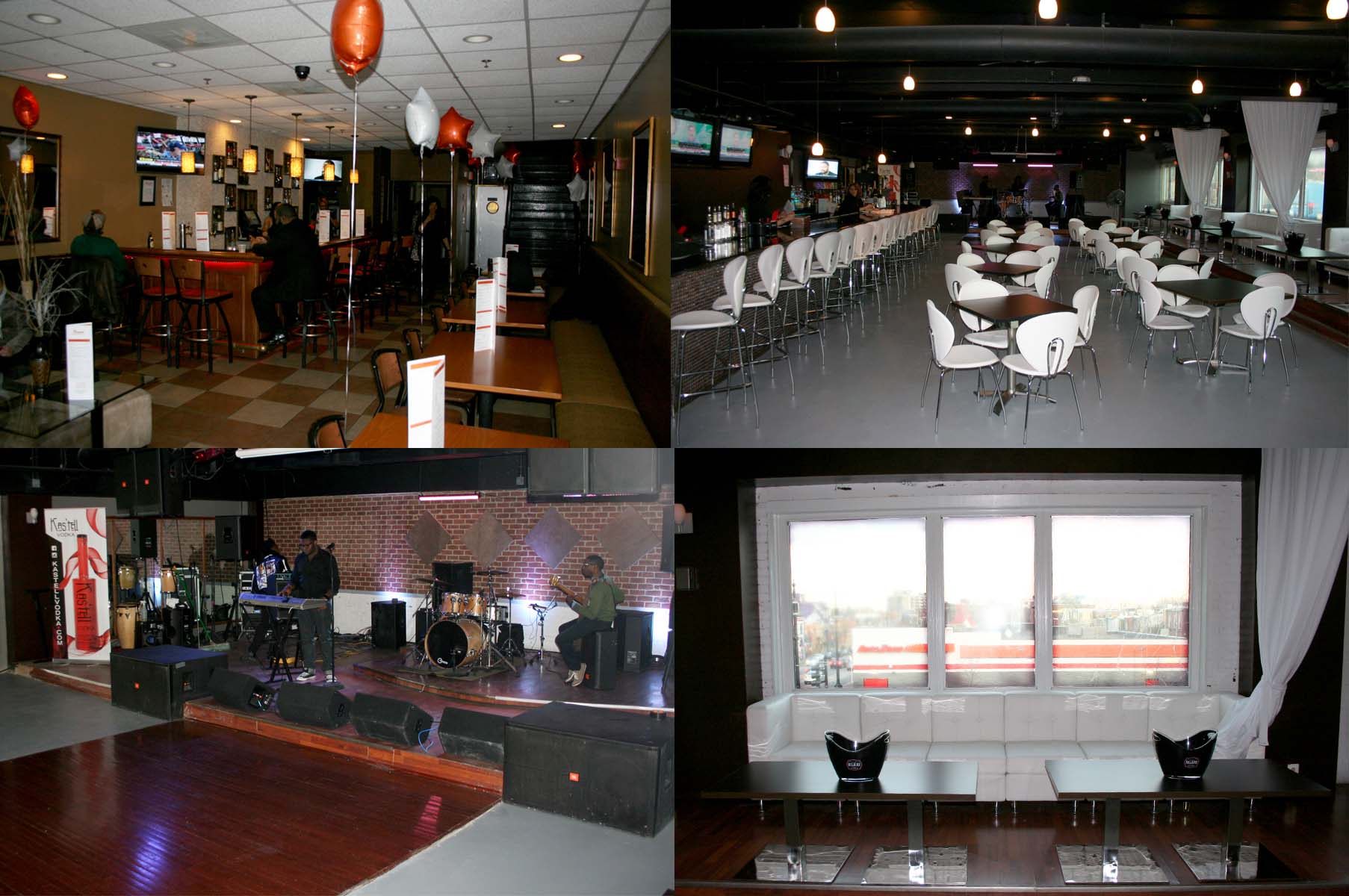 Touche’s downstairs lounge (clockwise from top left), upstairs club, one of the private lounges and the stage and dance floor. (Photos: Mark Heckathorn/DC on Heels)

In the upstairs club, the house band The Moment had obvious problems with what Price said was a “new, state-of-the-art” sound system with feedback and the bass so high you couldn’t understand the words of their songs. It was even impossible to understand Price when she welcomed the crowd.

The bartenders and waitresses were all scantily dressed women. The downstairs bartender’s dress was so short that when she bent over to set a drink on a table in front of a set of couches, you could see her underwear. Upstairs, some of the servers wore low-cut tops.

When the space was Twelve, it drew a bad crowd. On Mar. 7, one person was stabbed and the bar’s liquor license was suspended by police. Then on May 24, two men were stabbed during a fight about 2:25 a.m. inside the club. One man was stabbed in his back and abdomen while the other was stabbed in the face. The establishment was closed by police and later had its liquor license suspended. In fact, according to the Alcohol Beverage Regulation Administration, the agency investigated the club 25 times between May 2008 and when it closed for incidents ranging from noise to the assault of a police officer. Like Twelve, Touché advertises as both a restaurant and spot for live entertainment, promoting a mix of music from rock and reggae to hip-hop.

Price described the cuisine as Southern French fusion. Food served at the grand opening was disappointing at best. The catfish nuggets ($7.99) were mild, but looked and tasted like they came out of a freezer at Costco since they were odd sizes and included pieces of only fried batter without any catfish. The macaroni and cheese ($3.99) tasted similar to Stouffer’s and the Cajun stir-fry – vegetables stir fried with Cajun seasoning served over a bed of rice ($8.99) – just tasted like sautéed green peppers and onions with jerk spices. 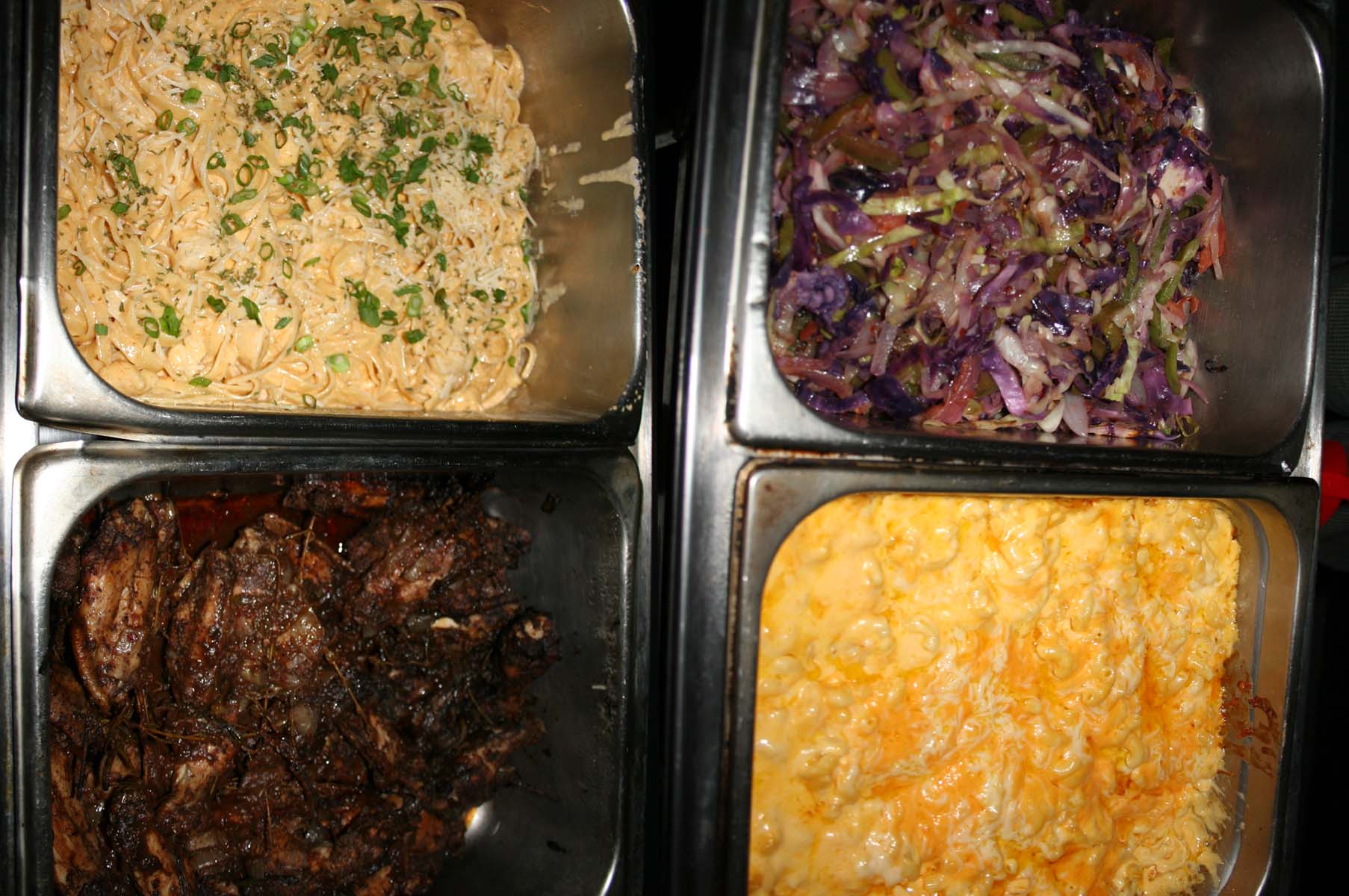 Cajun chicken fettuccine ($12.99) was bland with no hint of Cajun and light on the chicken. The jerk wings ($9.99) were better, but very spicy with jerk seasoning. The best dish of the night were the crab fritters, but they aren’t on the regular menu. Maybe they were mini samples of their crab cakes ($22.99).

I saw a few people order off the menu and their meals were served with plastic ware. There were also plastic cups at the upstairs club bar.

Touché serves lunch from 11 a.m.-3 p.m. Monday-Saturday, dinner from 3 p.m. to closing, which Price says is midnight Monday-Thursday — although their liquor license allows them to operate until 2 a.m. – and 3 a.m. Friday and Saturday. Only brunch is served Sunday from 11 a.m.-4 p.m. Price said they hope to begin serving brunch within the next two weeks.