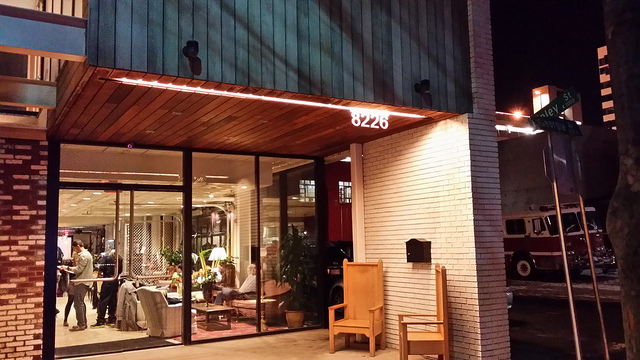 Urban Butcher will reopen in Silver Spring on Monday after a rooftop fire closed it about four months. (Photo: Around the District)

The four-month hiatus was due, in part, to repairs including those to fix the roof and clean the smoke and water damage inside, and to the fight over insurance money.

Urban Butcher, which opened in December 2013, has not lost much staff or charcuterie during its closure, according to chef and owner Raynold Mendizabal. The dry-cured products in the temperature- and humidity-controlled aging room are in good condition. They hams may actually be better, now that some have been curing for two years. The only casualties were the dry-aged meats that typically cure for 30 to 60 days. That was given to the staff before it went bad.

There will be some new items on the menu: foie gras mousse, baked beans with house-made tasso ham, pork blade prepared like Korean barbecue with lettuce leaf wraps and dipping sauce, and a beef tartare main course of beef tartare. 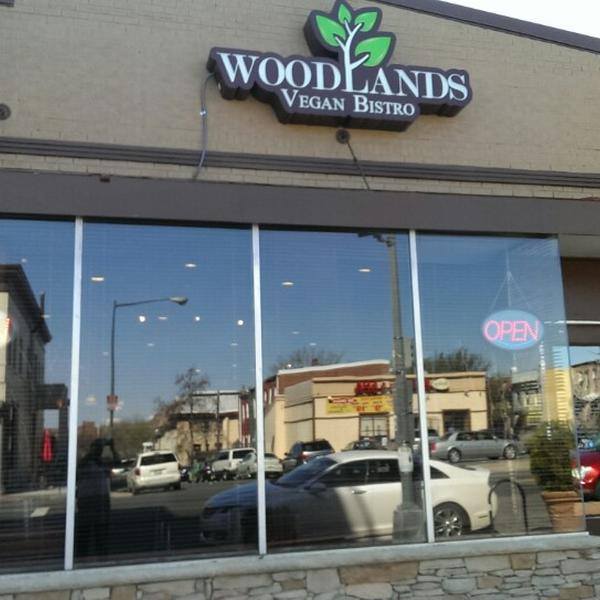 The vegan restaurant, which will open a second location in College Park on Feb. 14, began as Everlasting Life Super Market and Health Complex then became Woodland’s Vegan Bistro is now NuVegan Café.

The College Park restaurant will open as NuVegan Café while the Georgia Avenue location will transition over the next few month, according to a press release. The change is the result of the restaurant launching a franchise program, which will be finalized by the end of the second quarter.

While they have a new name, slogan and logo, other aspects of the restaurant and the food will remain unchanged, the release said. The menu still includes their award-winning macaroni and cheese, collard greens, cornbread, faux crab cake sandwich and desserts like sweet potato.

“Expansion and growing to serve a larger family of customers has always been our goal,” said co-owner Vernon C. Woodland.

The grand opening will include free chicken sandwiches made with double-breaded crispy bean curd for customers between 1-3 p.m., DJ Heat from WPGC 99.5 FM and live entertainment.

Peter Chang, the former Chinese embassy chef famous for his spicy dishes, is opening Peter Chang Arlingtion. While no address is listed on the restaurant’s website, a Craigslist help wanted ad says it will be in the Lee Harrison Shopping Center, which houses a Harris Teeter and Taqueria Poblano among others. 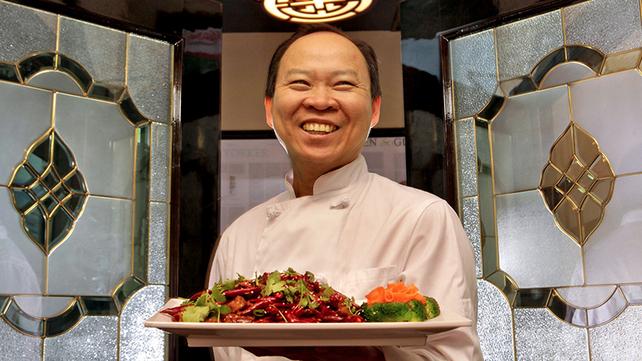 Chang, who will open a restaurant in Rockville early this year, has other restaurants in Richmond, Fredricksburg, Williamsburg and Charlottesville, Va. Reports are that Chang is just waiting to sign the lease for the space. It looks like Chang’s restaurant will replace the 3,400-square foot Oriental Gourmet restaurant in the shopping center, since the phone number listed on Chang’s website is the same as Oriental Gourmet’s.

“We are excited to be back to NOVA,” a spokesman told Eater D.C. “Peter has moved to the area, he will mainly concentrate his effort in the upcoming Peter Chang in Arlington and Rockville. He’s really excited to reunite with his foodie fans in NOVA.”

Chang cooked at restaurants in Alexandria and Fairfax in the mid-2000s, then suddenly leave and reappear at other Chinese restaurants — first in Georgia, then in Tennessee. 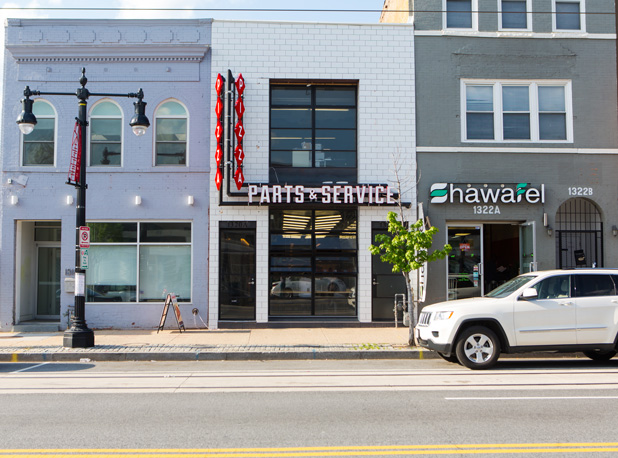 The pizzeria was open less than a year. It opened in space formerly occupied by their failed Taylor Charles Steak & Ice.

A representative from the restaurant sent the following statement from Patten and Mazza:

“Pizza Parts & Service is closed. We’d like to thank H Street NE for the love and support. While we’ll miss slices and garlic knots, we’re really, REALLY excited about who is taking over the space. The neighborhood is in very good hands!”

But, a listing on Papadopoulos Properties’ website says the 1,500-square foot restaurant is for sale for $333,000. The listing says “RARE Restaurant for Sale in the H St neighborhood! 1,500 sf, fully built out, 22 seats, Great foot traffic in a HOT neighborhood! Can easily be changed to any concept or run as is!”

Rent is $4,000 per month with an eight-year lease and options for two extensions.

The restaurant sold pizza by the slice or pie, but there were many complaints on Twitter and Yelp about poor delivery, poor service, unsanitary conditions and poor customer service.

Last summer Cava Grill and Jenna Huntsberger of Whisked! introduced a salted dark chocolate oat cookie. “Our collaboration with Whisked! was developed with the goal to provide a dessert option that highlights healthier and responsibly cultivated ingredients, culinary craftsmanship and innovation by a talented local producer,” said Dimitri Moshovitis, founder and executive chef. The citrus olive oil pound cake, made in D.C.’s Union Kitchen is a combination of nostalgic and fresh flavors.

“I wanted a recipe that everyone was familiar with – a loaf cake – but with a Cava twist,” said Huntsberger. “Olive oil isn’t just heart-healthy, it’s delicious, and a perfect complement to the citrus in the cake.”