All Seafood Served at Grillfish Is Sustainable

Grillfish, EatWell D.C.’s seafood restaurant off Dupont Circle, is participating in the Monterey Bay Aquarium’s “Seafood Watch” program and serving only sustainable seafood on its menu. 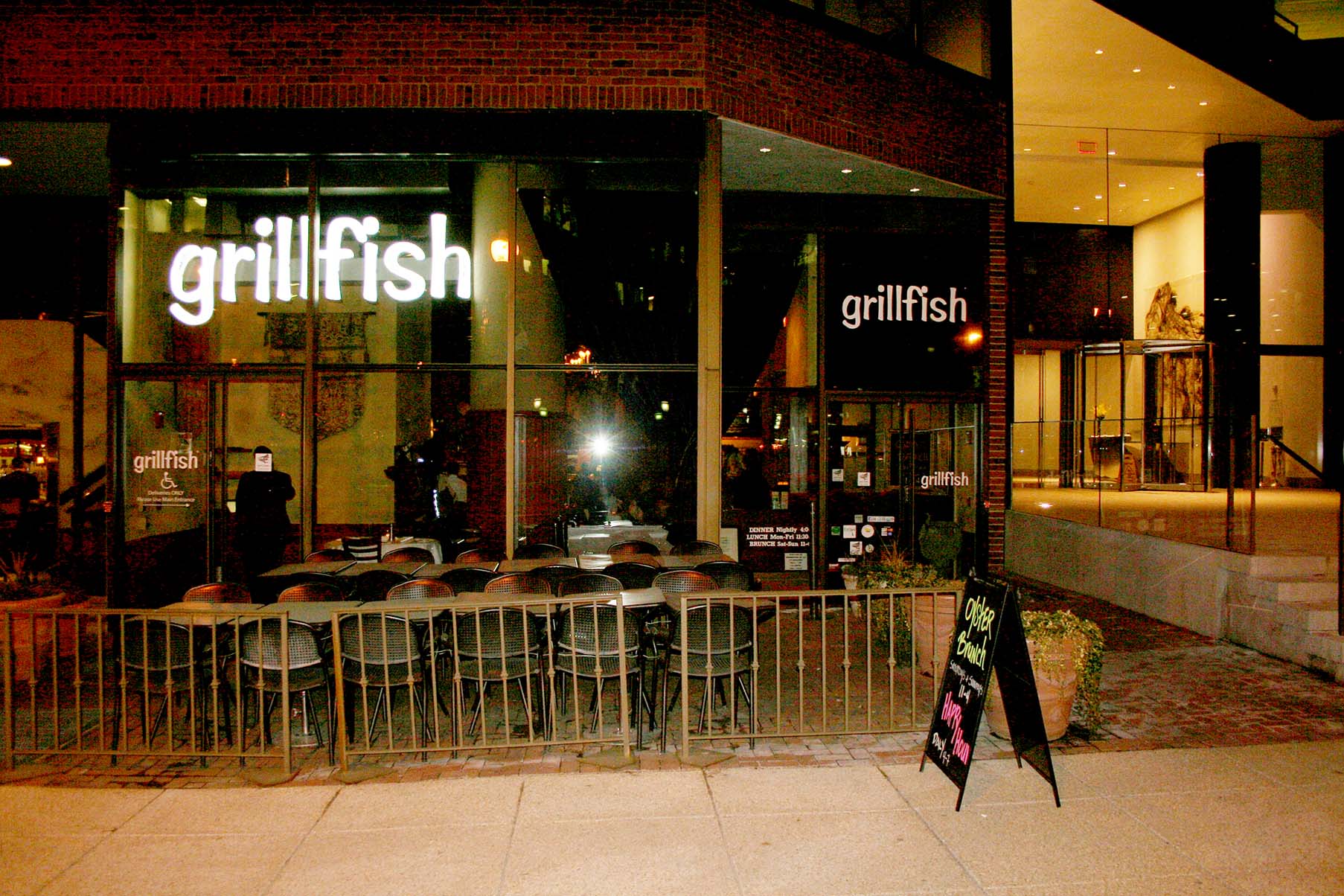 Assistant general manager Julian Oquendo said Grillfish joined the program about six months ago. According to the Seafood Watch website, Grillfish is the only restaurant in D.C., Maryland and Virginia that participates in the program.

The Seafood Watch program evaluates seafood that’s commonly found in the U.S. marketplace and helps consumers and businesses choose seafood that’s fished or farmed in ways that protect sea life and habitats, according to the website. Its recommendations indicate which seafood items are “Best Choices” or “Good Alternatives,” and which ones you should “Avoid.” There’s even a smartphone app to help consumers choose sustainable seafood at the grocery store or when eating out. 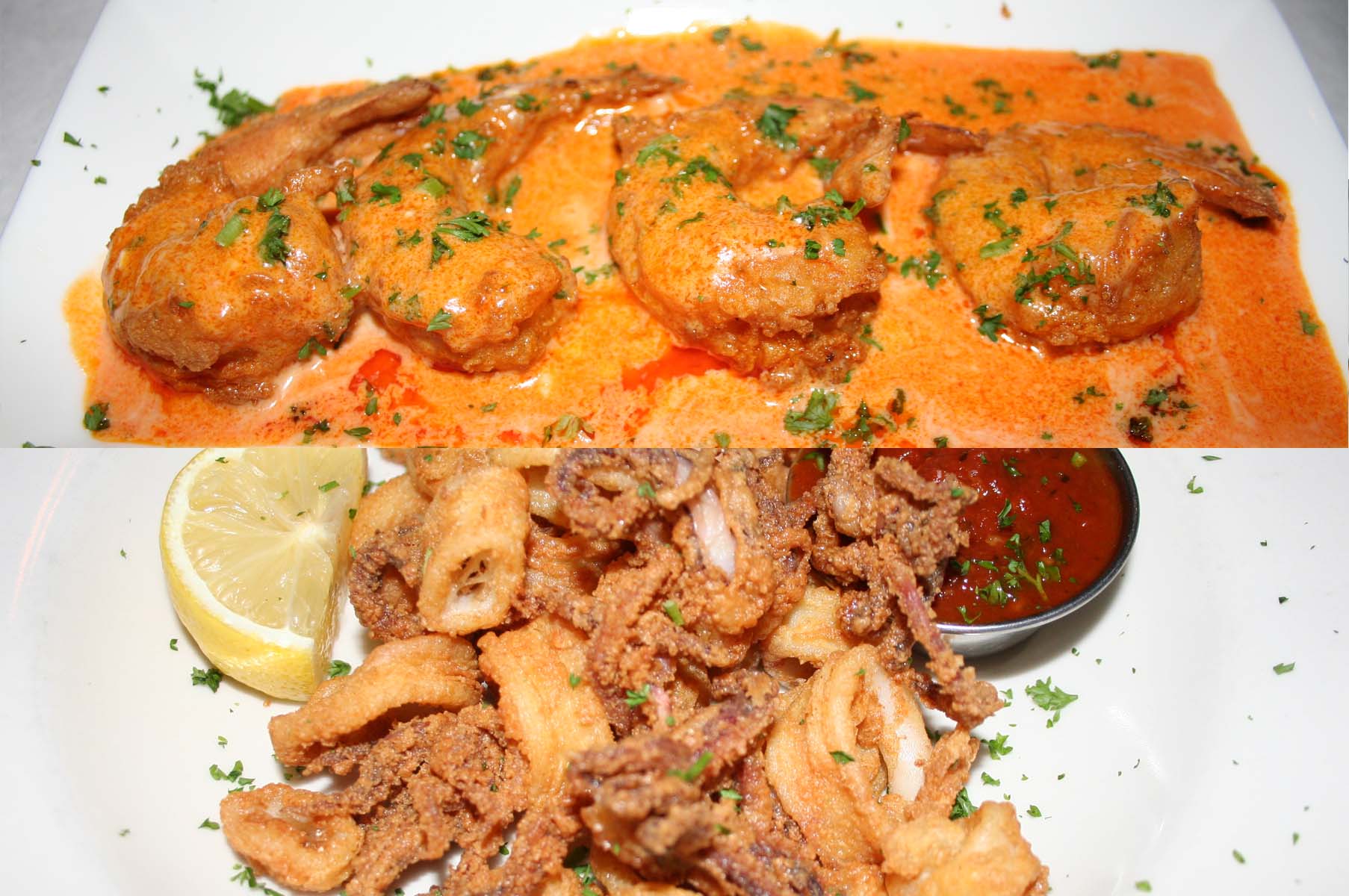 For example, shrimp is the most popular seafood in the U.S. Wild-caught shrimp is generally a “Best Choice” or “Good Alternative” with the exception of shrimp fisheries in Mexico and Louisiana. These are on the “Avoid” list for poor management, illegal fishing or heavy bycatch loads that include sea turtles and many other species. Farmed shrimp from the U.S. is a “Best Choice” or “Good Alternative.” Imported farmed shrimp, however, is generally on the “Avoid” list. Salmon is another a popular fish. Wild-caught salmon is generally a “Best Choice” or “Good Alternative,” but most farmed salmon is on the “Avoid” list due to concerns such as the use of antibiotics important to human health and the potential for parasite and disease transfer to wild salmon populations.

According to Oquendo, Grillfish had to change the source of some of its seafood and remove other items from the menu to meet Seafood Watch’s guidelines. Currently, the catch-of-the-day’s rating is noted on the daily menu, and Oquendo said the regular menu will eventually show the rating of each item as well.

During our visit last week, we chose the fried calamari and Buffalo shrimp for appetizers. The calamari was from Rhode Island, making it a “Good Alternative.” Seafood watch recommends avoiding squid from India, Thailand and China due to poor management, bycatch and damage to seafloor habitats, and recommends squid from California, the Gulf of California and the U.S. Atlantic. The shrimp was from the Gulf of Mexico, a “Best Choice.” And both dishes were excellent. The calamari was cooked perfectly and wasn’t rubbery, while the shrimp were large and Buffalo sauce had just the right kick. 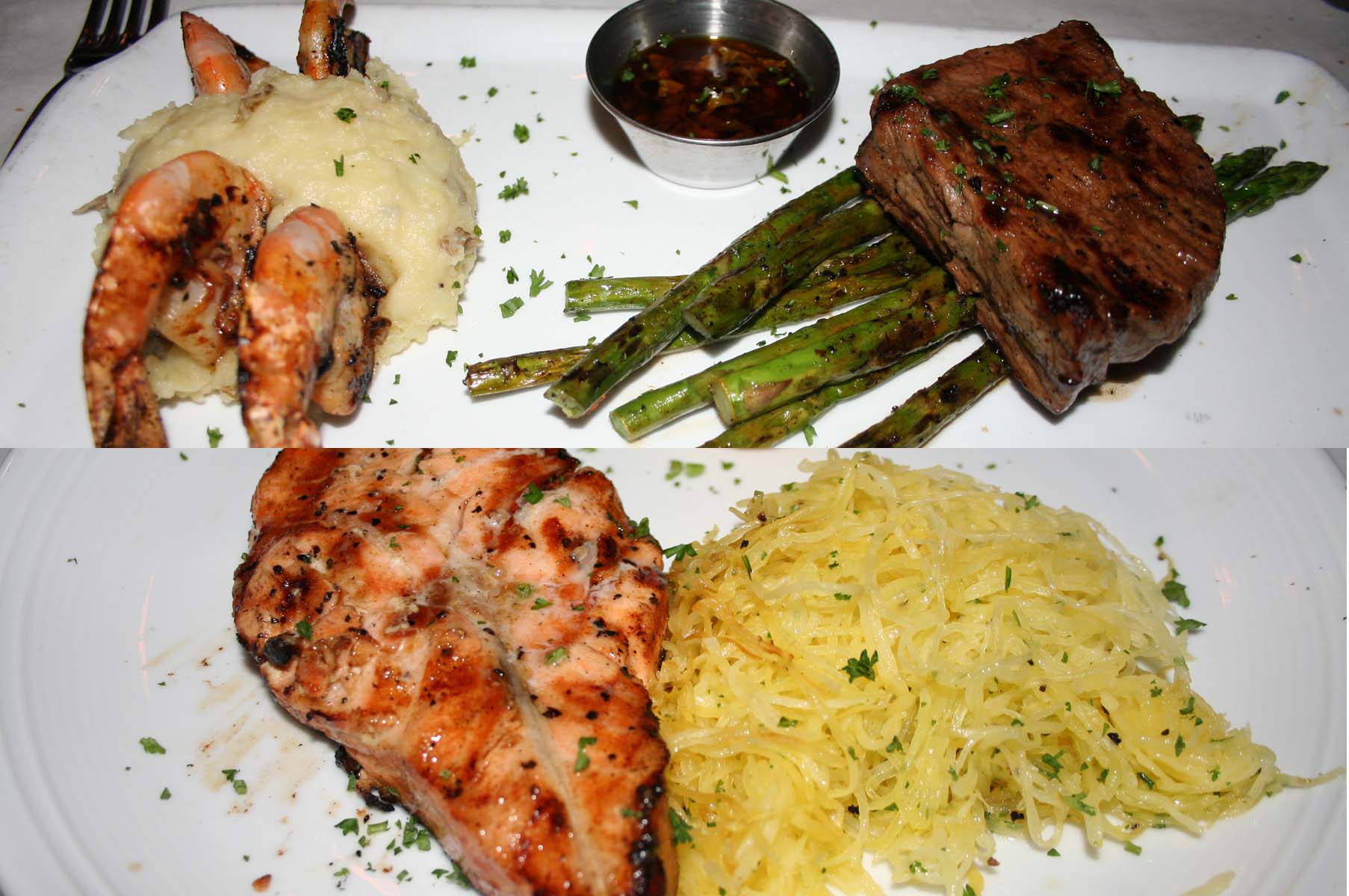 For our entrees we chose the surf and turf, a strip loin steak with shrimp – again a “Best Choice” — served with asparagus and mashed potatoes. The steak was cooked perfectly and the asparagus was steamed, but still crisp. We also ordered the Verlasso salmon with sweet onion sauce and spaghetti squash. The Atlantic salmon farm raised in Patagonia, Chile, is a “Good Alternative.” The sweet onion sauce was delicious and paired well with the salmon