While the weather forecast for Saturday isn’t too good, we’re shaking off the holidays and weekend activities are gearing up again. The annual auto show is back in town starting today with more than 700 cars on display. If you missed out on the Metropolitan Restaurant Week, which runs through the weekend, Alexandria’s begins today and runs through Feb. 1. Prices across the river are a little better, with some offering dinner for to for $35. The popular orchid show opens at the Museum of Natural History this weekend. And, for you vinyl collectors, the sixth annual D.C. record show is Sunday. 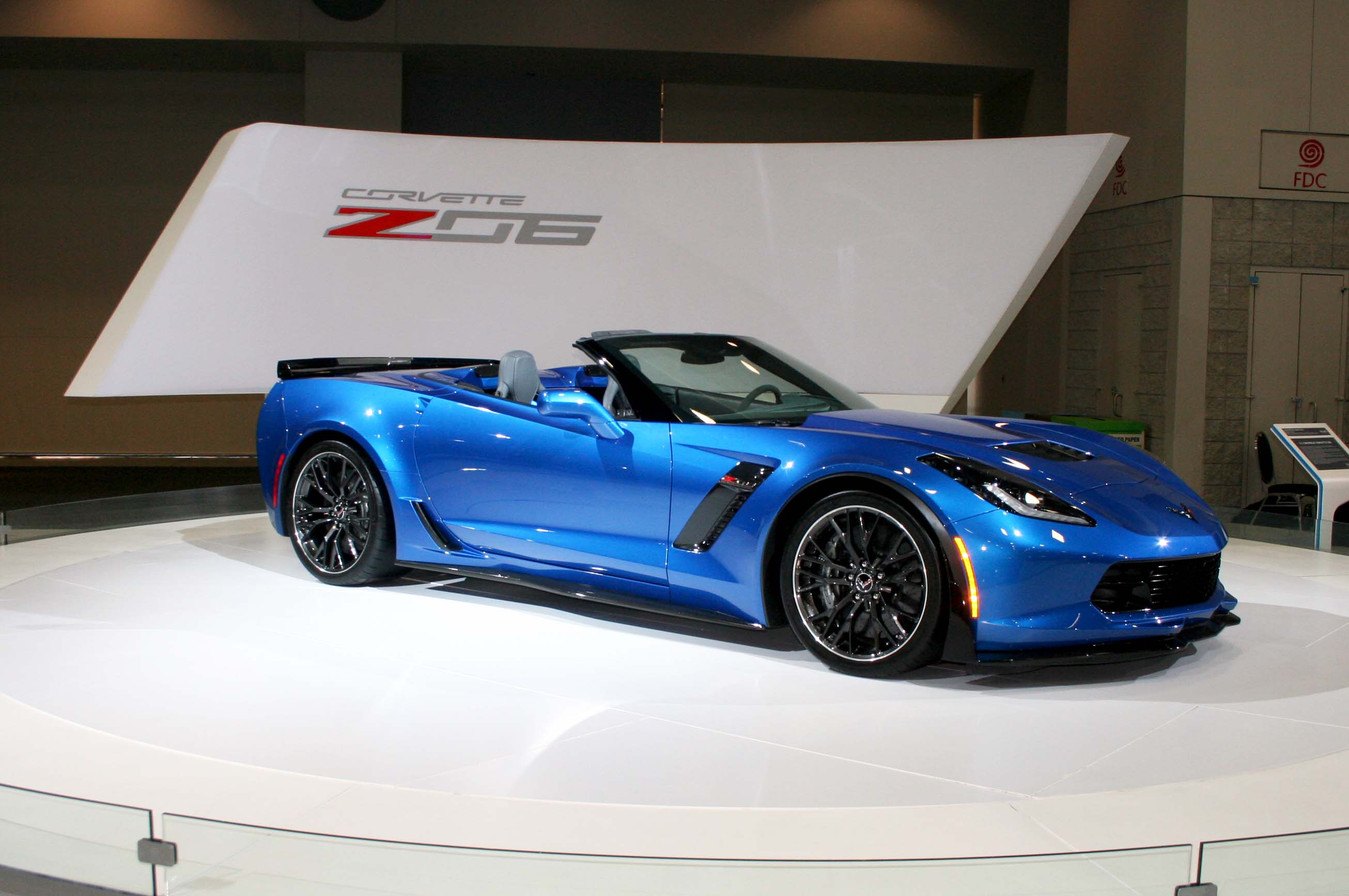 Chevrolet’s Z06 Corvette is on display this week at the Washington Auto Show. (Photo: Mark Heckathorn/DC on Heels)

More than 700 new cars from more than 42 manufacturers are on display for 10 days at the Washington Auto Show filling two floors at the convention center. Among the celebrities slated to appear at Sadie Robertson from Duck Dynasty tonight from 6:30-8 p.m.; NFL legends Dave Butz, Charley Taylor and Mark Mosley from 6-8:30 p.m. on Monday; and the WWE’s Randy Orton from 6-8 p.m. on Wednesday. You can also test drive Mazdas, Toyotas, Kias, Scions and others; and be driven through an obstacle course at Camp Jeep.

Jan 23-Feb. 1 from noon-10 p.m. on Fridays, 10 a.m.-10 p.m. Saturdays, 10 a.m.-7 p.m. Jan 25, noon-9 p.m. Monday through Thursday and 10 a.m.- p.m. on Feb. 1 at the Walter E. Washington Convention Center, 801 Mount Vernon Place NW. Admission is $12 for adults and $5 for children 6-12 online or at the door. Children 5 and under are free. Discounts include AutoTrader.com Day today with $4 off with coupon from the website, Student Day on Monday with $7 off with student ID, military free on Tuesday with military ID, $2 off any weekend with your Metro SmarTrip Card, active and veteran military and seniors 65 and older $4 off weekdays and $2 off weekends and students $4 off weekdays. 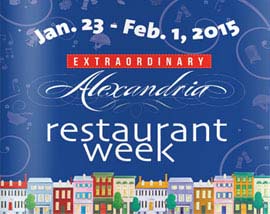 Visit any of the more than 60 participating restaurants during Alexandria Restaurant Week and for $35 choose from a dinner for two or a three-course prix-fixe menu, depending upon each restaurant’s special offer. At a range of locales, from fine dining establishments to casual neighborhood favorites, guests savor the flavors of Alexandria’s distinctive collection of eateries. This year, a handful of restaurants are also offering lunch specials ranging from $10-$20.

Jan. 23-Feb. 1 at more than 60 participating restaurants in Alexandria. Price: $35 for dinner for two or a three-course prix-fixe dinner. Click here to see specific restaurant’s offers and menus.

An Evening with Jason Alexander 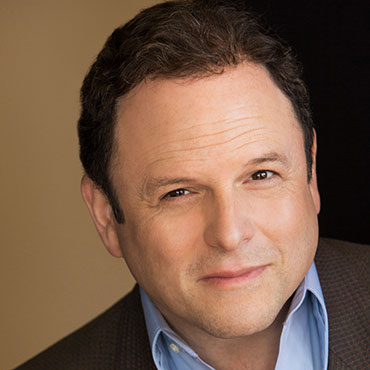 Jason Alexandria is at the Mayerhoff Symphony Hall in Baltimore this weekend. (Photo: Baltimore Symphony Orchestra)

The Baltimore Symphony Orchestra hosts An Evening with Jason Alexander, a series of comedy and musical theater performances. Just don’t expect anything from Seinfeld This show focuses on Alexander’s time on the theater stage, not the TV screen. Before Seinfeld, the 55-year-old’s Broadway resume had already included Stephen Sondheim’s Merrily We Roll Along (1981), The Rink from John Kander and Fred Ebb (1984) and Neil Simon’s Broadway Bound (1986). Since the sitcom ended, he served as artistic director from 2007 to its closure in 2013 of the Reprise Theater in Los Angeles. He directed Damn Yankees and Sunday in the Park with George there in 2007 and 2008, respectively. He also staged showcase performances featuring Patti LuPone, Ben Vereen and Carol Burnett. In this show, he’ll perform his favorite showtunes. 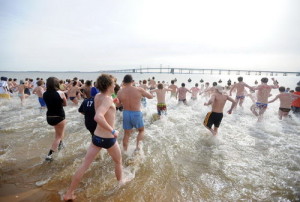 People from all over the area will jump into the Chesapeake Bay Saturday to help raise money for Special Olympics at the 19th annual Maryland State Police Polar Bear Plunge. This year’s goal is to raise $2.5 million for the program that benefits Maryland’s children and adults with intellectual disabilities to participate in Special Olympics. 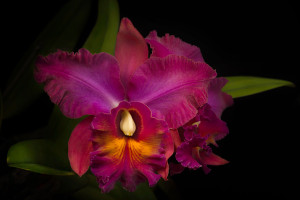 The Smithsonian’s National Museum of Natural History’s 20th annual Interlocking Science and Beauty orchid exhibition opens Saturday. More than 300 orchids from the Smithsonian Gardens and the U.S. Botanic Garden will be on display, with more than 1,000 plants on display over the course of the exhibit. The exhibit will include a “green wall” of cloned phalaenopsis orchids. The exhibit looks at how new ideas, technologies and inventions change the way we study, protect and enjoy the flowers.

Jan 24 through Apr. 26 at the Smithsonian’s Museum of Natural History, 10th Street and Constitution Avenue NW. Admission is FREE! 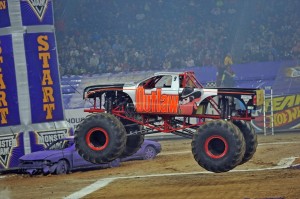 Monster Jam, the world’s foremost traveling monster truck show, returns to D.C. for three loud, destruction-filled shows this weekend. With two matinees, it’s a great opportunity to entertain the kids for an afternoon. And it’s the closest you can get to the state fair experience in the dead of winter. 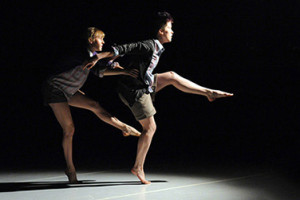 For the 32nd year in a row, the University of Maryland’s Clarice Smith Performing Arts Center is hosting a choreographer’s showcase, a series of the best dance performances from local choreographers. Work’s at Saturday’s two shows include Kimmie Dobbs Chan’s “Creature,” Christopher K. Morga’s “Bruised” and Emily Heller’s “Blue Eyes.”

Jan. 24 at 3 and 8 p.m. at the Clarice Smith Performing Arts Center, University of Maryland, College Park. Admission is $25 for adults and $10 for students and children under 18 online and at the door. 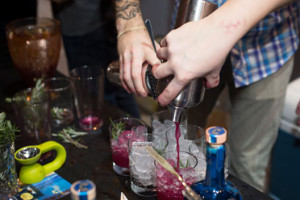 Sips & Suppers, now in its seventh year, celebrates D.C.’s food community while raising awareness about hunger and homelessness in the city. First up for the two-part event is a cocktail party with tastes of signature dishes from area restaurants at the Newseum on Saturday (the sips part) , followed by a series of dinners in 30 Washington-area homes Sunday (the suppers). This year’s participating chef’s include Victor Albisu, David Chang, Vikram Sunderam and Alice Waters. Proceeds benefit D.C. Central Kitchen and Martha’s Table. 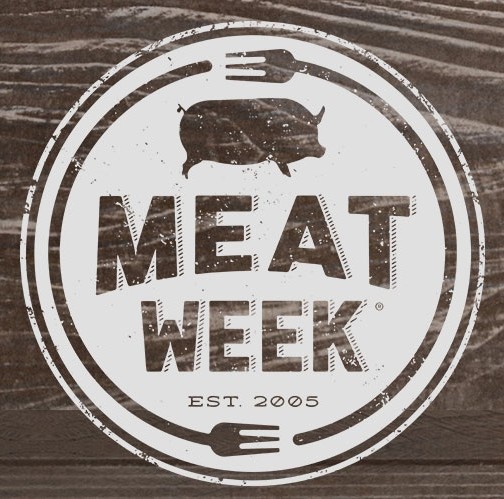 For the sixth year, Washington barbecue lovers will gather to enjoy slow-smoked meats across the Washington region during Meat Week. Simply show up at the host venue and look for the Meat Week flags. Participants order and pay for their own food and drinks and then join in the festivities with other Meat Week attendees. Most host venues will be offering Meat Week specials. The food truck face-off has been dropped this year. 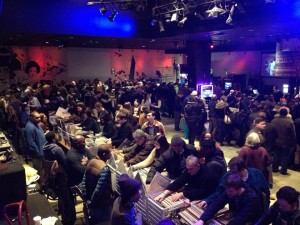 The D.C. Record Fair, D.C.’s ONLY record fair, returns for its sixth year featuring more than 40 vendors hawking vinyl and DJs spinning while you shop.