Battle of the Five Armies Holds On to First 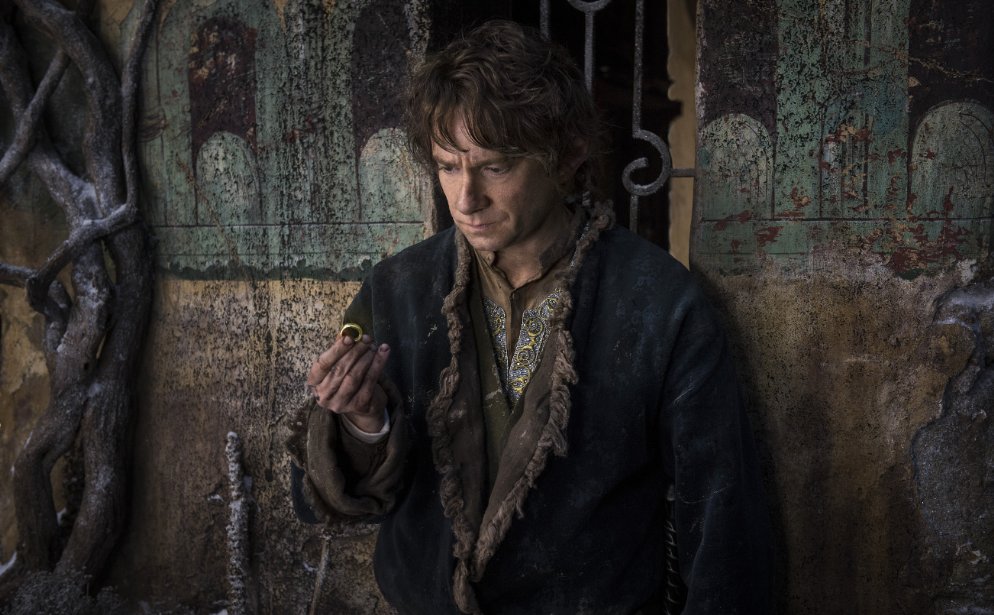 Martin Freeman starts as Bilbo Baggins in The Hobbit: The Battle of the Five Armies. (Photo: Mark Pokorny/Warner Bros.)

Disney Entertainment’s Into the Woods remained in second place last weekend with $18.73 million. The modestly budgeted Rob Marshall directed musical featuring Meryl Streep was down 40 percent from the previous weekend. Into the Woods has grossed a strong $90.87 million in 11 days. Into the Woods continued to run neck and neck with Universal Pictures’ Unbroken last weekend and total grosses for the two films are separated by just $3.22 million thus far.

Unbroken placed in third with $18.17 million. The Angelina Jolie directed war drama was down a respectable 41 percent from the previous weekend. While Unbroken has shown some relative front-loading thus far, in the bigger picture the film has grossed a significantly stronger than expected $87.65 million in 11 days thanks in part to its very strong Christmas weekend start.

The Woman in Black 2: Angel of Death debuted in fourth place with a surprisingly strong $15.03 million start. The PG-13 rated horror sequel from Relativity Media exceeded expectations, which had been muted in part from soft pre-release online activity heading into the weekend. The film’s debut was especially good news for Relativity given that the film was an inexpensive acquisition for the distributor. Early January is historically a good time to release horror films and that certainty was the case for The Woman in Black 2. The film opened 28 percent below the $20.87 million start of 2012’s The Woman in Black, which was quite respectable given that The Woman in Black 2 doesn’t feature Daniel Radcliffe.

Twentieth Century Fox’s Night at the Museum: Secret of the Tomb claimed fifth place with $14.52 million. The third installment of the Ben Stiller led franchise continued to display impressive holding power as it was down just 28 percent from the previous weekend. Secret of the Tomb has grossed $89.85 million in 17 days.

The Imitation Game continued to impress in moderate release with a seventh place take of $7.77 million from 754 locations. That gave the awards season hopeful from The Weinstein Co. a per-location average of $10,308 for the frame, which easily represented the weekend’s strongest location average for films in the top 10. The Imitation Game has grossed $30.47 million to date and appears to be in great shape for a lengthy box office run, especially when considering it was down only 2 percent from the previous weekend without the aid of a major expansion last weekend.

The Hunger Games: Mockingjay – Part 1 finished in eighth with $7.56 million. The third installment of Lionsgate Entertainment’s blockbuster franchise was down a very healthy 25 percent from the previous weekend. Mockingjay – Part 1 is currently the second highest grossing release of 2014 domestically with a 45-day take of $323.73 million. That leaves the film just $9.32 million away from the current $333.06 million total gross of Guardians of the Galaxy.