José Andrés’ and his ThinkFoodGroup will open a restaurant in the future Trump International Hotel planned to open in the Old Post Office in mid-2016, the Trump Organization announced last week. 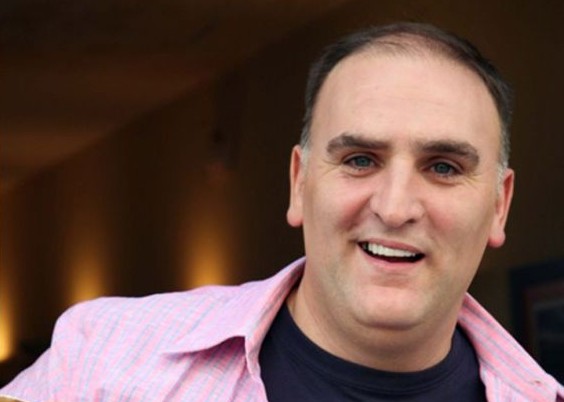 Jose Andres and his ThinkFoodGroup will open a restaurant at the new Trump International Hotel in the Old Post Office.
(Photo: ThinkFoodGroup)

The to-be-named restaurant will debut when the hotel opens after a $200 million renovation of the historic Old Post Office. Andrés said he does not have a concept yet.

“Everything about Trump International Hotel, Washington, D.C. – from its magnificent guest rooms and presidential suites, to the ballroom and spa – will be the very best, and the culinary experience is no exception,” said Donald J. Trump in a press release. “We’ve tapped one of the very best in the field, José Andrés, to create a restaurant concept that will live up to the unrivaled offerings of what will be one of the finest hotels anywhere in the world.”

ThinkFoodGroup will lease and operate the flagship restaurant, located off the hotel’s lobby in addition to creating the food and beverage menu for the lobby bar and banquets. The hotel will reopen the 11th Street entrance on Pennsylvania Avenue, which will serve as the driveway to the hotel’s canopied grand entrance. Andrés’ restaurant will be accessible from the property’s main level from the hotel’s grand entrance, Pennsylvania Avenue, and 12th Street.

The hotel will feature 270 guestrooms with lofty 16-foot ceilings, soaring windows, restored historic millwork and crystal sconces and chandeliers as well as a 5,000 square-foot spa and fitness center. It will also offer 36,000 square feet of meeting and event space, including the 13,000-square-foot grand ballroom, the largest among D.C.’s luxury hotels.

Andrés, the mastermind behind such local restaurants as Minibar, Jaleo, Oyamel and Zaytinya, is no stranger to big-ticket hotel dining. He’s opened attention-getting spots in SLS Hotels in Vegas, Los Angeles, and Miami, including the Bazaar in Beverly Hills and America Eats Tavern at the Ritz-Carlton in Tysons Corner.

In other Andrés news, his China Chilcano will open the first full week of January at 418 7th St. NW. The fusion restaurant will be similar to his China Poblano in Las Vegas with Peruvian cuisine emboldened by flavors from Creole, Chinese and Japanese cuisines paired with one of the biggest selections of Pisco in the country. Also Beefsteak, his new vegetable-focused fast casual restaurant, will open in George Washington University’s new Engineering Hall on the corner of 22nd and I Streets NW in February. It won’t be a vegetarian restaurant, but “a place where fresh, market-driven vegetables take center stage and thrive as the main component of a dish.” The menu will focus on customizable, flavorful meals in a bowl that use cooked-to-order vegetables as an anchor, which can be complemented with a selection of grains, fresh sauces, crunchy toppings and, if desired, a choice of protein.

Finally, ThinkFoodGroup named Andy Myers its wine director. A certified master sommelier, Myers discovered his passion for wine nearly two decades ago while working at The Inn at Little Washington. Most recently, he was sommelier at CityZen in the Mandarin Oriental, which closed Dec. 6. From Zaytinya’s extensive selection of Greek, Turkish and Lebanese wines to American Eats Tavern’s wine-on-tap and exclusive large format bottles of red blends from the celebrated nearby Virginia winery RdV Vineyards, Myers helms ThinkFoodGroup’s wine program.

In light of the recent diplomatic news about Cuba, Cuba Libre located at 801 9th Street,NW, will be offer $5 Cuba Libre cocktails made with Cuba Libre rum through Monday, Dec. 22.

Cuba Libre is running the special to mark the significant news for Cuba and encourage discourse and debate among guests. Fact sheets highlighting the diplomatic changes will be available for guests.

Red, Hot & Blue, the barbecue chain restaurant at 1600 Wilson Blvd. in Rosslyn, is closing on Sunday. 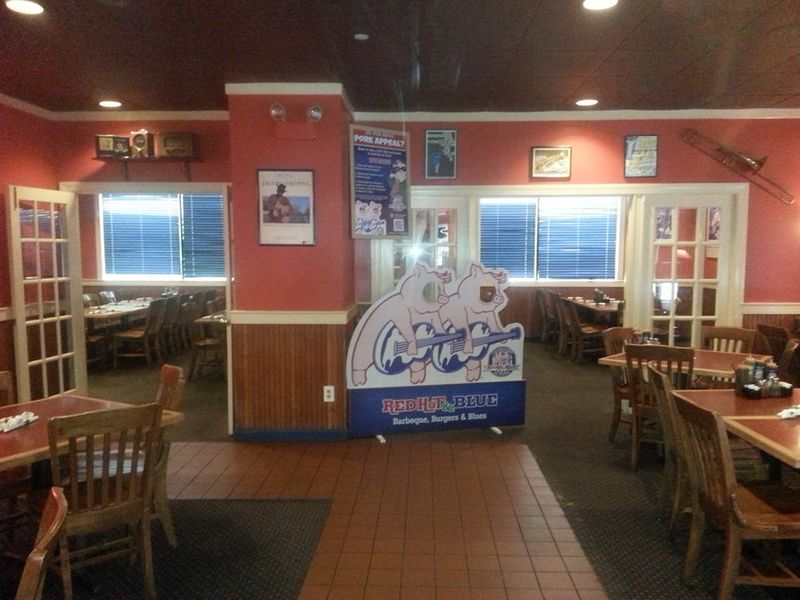 The location, which has been open since 1989, will have its last day Sunday, but the staff was only told last week. No reason was given for the closing.

“I haven’t the slightest idea” why the restaurant is closing, manager Chris Hawkins told ArlNow. “It was brought to my attention this week. We’re still trying to figure it out.”

The Heights gets new owners in new year

EatWell DC has sold The Heights at 3115 14th St. NW local restaurateur Ammar Daoud as of the beginning of 2015. 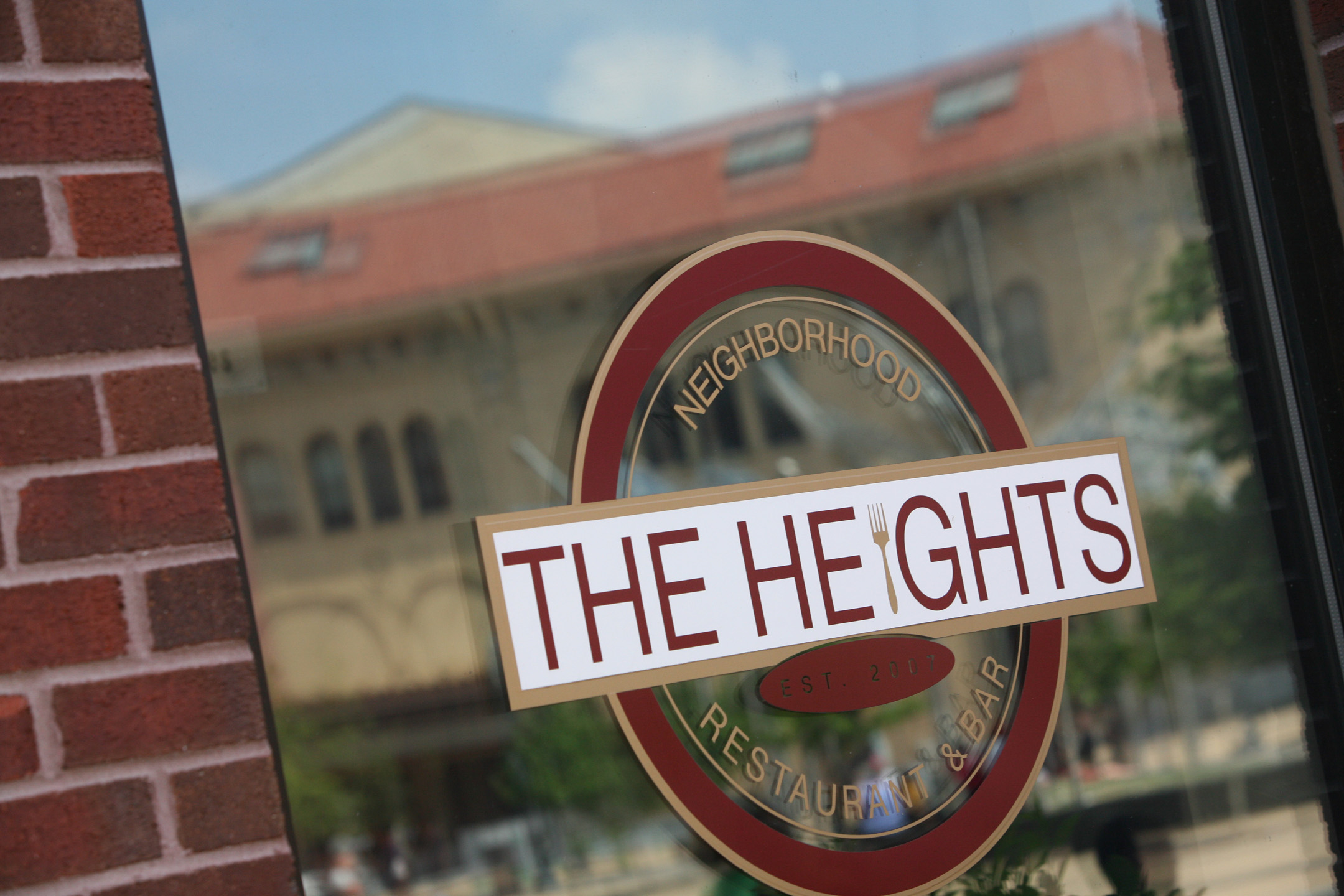 Daoud plans to update the menu in the future along with the décor and create an alfresco option, according to a press release.

The restaurant’s staff will remain, and The Heights will continue to honor EatWell gift certificates through Mar. 31. This year’s New Year’s Eve offerings will remain as previously publicized.

EatWell DC will focus on their four neighborhood restaurants, The Pig, Logan Tavern, Commissary and Grillfish, and explore future endeavors within Washington, D.C. EatWell DC partners declined to comment on why that particular restaurant in the group changed ownership.

Warm with Nage Bistro’s new collection of hot cocktails and winter snacks, and if it is an official snow day you’ll get almost half off.

Nage’s four new libations, available now through February, are the Nage Coffee with Baileys Irish Cream, Amaretto, Frangelico and Godiva chocolate liqueur for $9; Monks Coffee served with Dom Benedictine B&B Liqueur and Kahlua for $8; Café L’Orange with Grand Marnier, Cointreau and cinnamon for $9; Fire Cider with Dr. McGillicuddy’s fireball cinnamon whisky, hot cider and whipped cream for $10. On snow days the new cocktails are $5 each, and Nage will also feature a Mexican hot chocolate with house-made marshmallows for $2.

Nage will also offer half price snacks on the days that the federal government shuts down due to snow and inclement weather. Guests can indulge in specials such as grilled cheese and tomato soup; macaroni and cheese served with orecchiette pasta, three-cheese Mornay sauce, English peas and tarragon along with a rotating list of featured soup of the day such as the crab bisque, gumbo and smoked sweet potato soup. The snow day discounted prices on these range from $4 to $6.

Hank’s Oyster Bar is adding a second oyster grown exclusive for the restaurant. 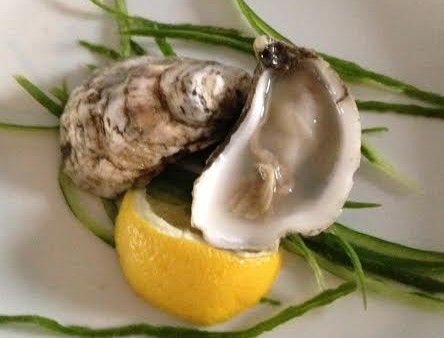 The Salty Wolfe, an ode to owner and chef Jamie Leeds’ father Hank Wolfe Leeds, will be available at Hank’s Dupont, Capitol Hill and Old Town locations. Grown and harvested by War Shore Oyster Co. near Chincoteague Island, Va., the Salty Wolfe is a medium-cupped cocktail oyster that’s salty up front and a mildly sweet and creamy to finish.

The oysters are $2.25 each. It joins Hank’s other proprietary oyster, Hayden’s Reef, a sweet oyster from Dragon Creek Aqua Farm in Montross, Va., which debuted in August 2011.

Each quarter, 10 percent of the oyster’s sales will be donated a charity, starting with The American Heart Association. Leed’s father passed away from a heart attack when she was litte.

“The goal with this oyster is two-fold; I want to pay tribute to my father, Hank Wolfe Leeds, and I want to give back,” Leeds said in a press release.

Crane & Turtle to close first half of January

Crane & Turtle will be closed from Jan. 1-12, reopening on Jan. 13 as the kitchen staff rings in the new year with a 10-day pilgrimage to Japan. 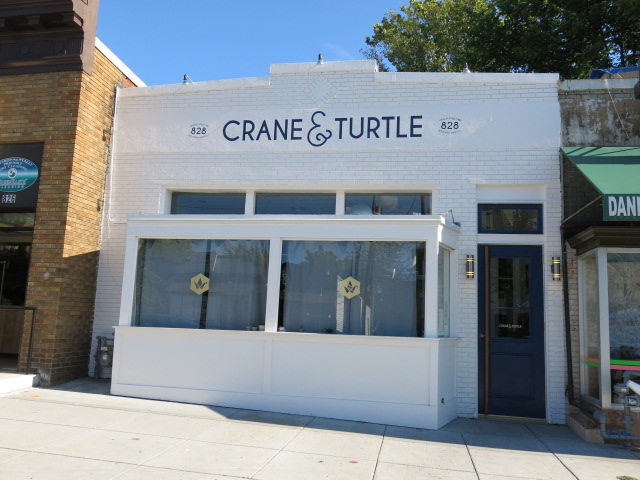 Chef Makota Hamamura and fiancée Katy Kinch, who makes the restaurant’s desserts, along with two line cooks are going to Japan on Jan. 1. One other line cook is already there.

They’ll visit Tokyo and its Ramen Museum along with Hamamura’s hometown of Kochi with a visit to his grandmother’s house, deep in the mountains to learn about making mochi. Hamamura wants the staff to better understand Japanese techniques and why things are done a certain way.

The group will be “pretty much eating everything,” Hamamura says. 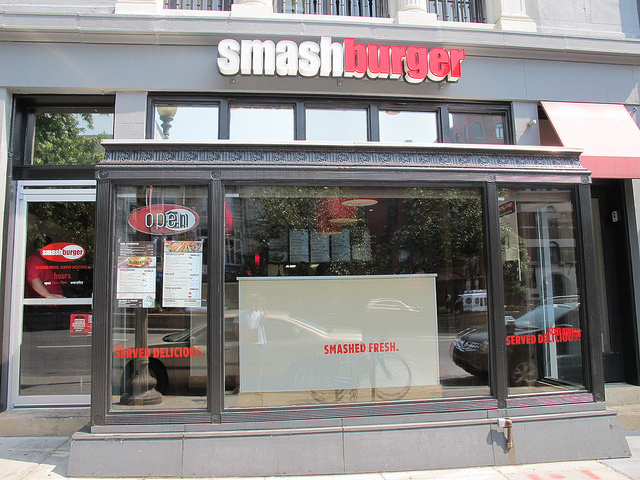 Smashburger closed in Dupont after opening little over a year ago. (Photo: Popville)

The Denver-based Smashburger, which opened restaurants in Bethesda, Gaithersburg, Germantown, Vienna, Falls Church, Fairfax and Gainesville this past year, closed its 1739 Connecticut Ave. NW store on Dec. 14. The restaurant opened in September 2013.

According to Smashburger’s website, new locations in Alexandria and at Dulles Airport will open soon.

Black & Orange Burger Grilling Co. closed its location at 1300 Connecticut Ave. NW The U Street location at 1931 14th St. NW appears to still be open, although its website was blank when we check Saturday.

Black & Orange used to be known as Rogue States and was the subject of a drawn-out legal battle. Raynold Mendizabal, the man behind such restaurants as Urban Butcher, was behind the burger restaurant.