Big Hero 6 Is Fun for Everyone

Big Hero 6 is an action-packed comedy-adventure about robotics prodigy Hiro Hamada, who learns to harness his genius thanks to his brilliant brother Tadashi. When a devastating event befalls the city of San Fransokyo and catapults Hiro into the midst of danger, he turns to Baymax and his brilliant fellow nerds: adrenaline junkie Go Go Tomago, neatnik Wasabi, chemistry whiz Honey Lemon and fanboy Fred. Determined to uncover the mystery, Hiro transforms his friends into a band of high-tech heroes called “Big Hero 6.” 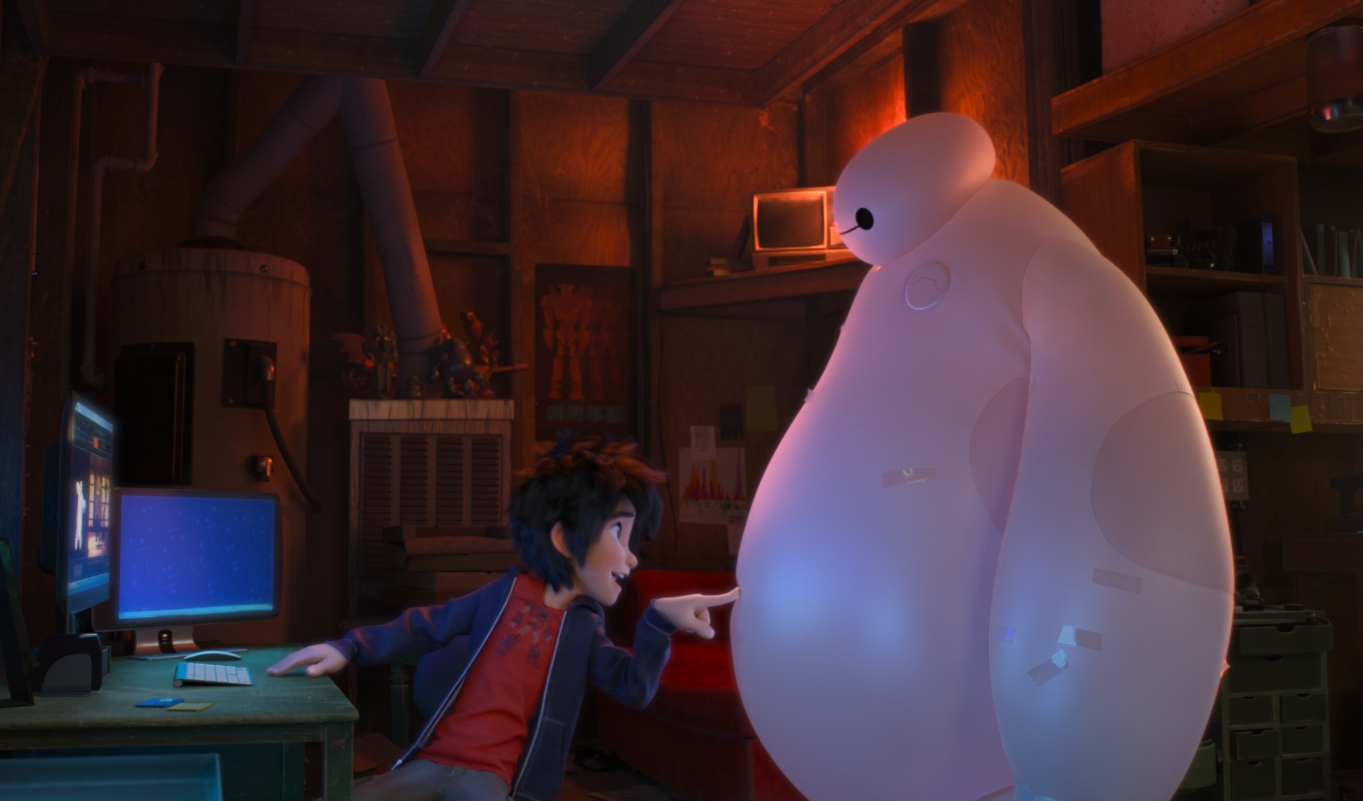 Big Hero 6 is set in the future, in a city called San Fransokyo, where 14-year-old genius and high school graduate Hiro Hamada (voice of Ryan Potter) channels his brilliance into secretly fighting robots in back alleys. This doesn’t impress his brother Tadashi (Daniel Henney), a college student at San Fransokyo Tech or “nerd school” as Hiro calls it. Tadashi wants Hiro to channel his talents. Orphaned at a young age, the two live with their eager aunt (Maya Rudolph), who runs a café and bakeshop.

After Tadashi unveils the his health-care robot Baymax (Scott Adsit) that looks like the Stay-Puff Marshmallow Man, Hiro is inspired to create mind-controlled, shape-shifting nanobots to impress Professor Callaghan (James Cromwell), who holds the keys to admission. But Tadashi is killed in a fire at the science fair trying to rescue Callaghan.

Hiro is devastated at the loss until he discovers Baymax, the sweet-natured health-care robot that Tadashi invented and imbued with his sense of kindness and understanding. Hiro and Baymax stumble onto evidence that the fire might not have been an accident but a cover-up for a Kabuki-masked villain to steal the nanobots.

Hiro attempts to retool Baymax into a flying, karate-kicking mecha-weapon of vengeance. Tadashi’s old friends Go Go Tomago (Jamie Chung), Wasabi (Damon Wayans Jr.), Honey Lemon (Genesis Rodriguez) and Fred (T.J. Miller) get outfitted with superhero costumes and tricked-out weapons. They band together as a ragtag group of heroes using their technological creativity to get justice. But the situation gets complicated when they realize that Hiro is blinded by revenge in his pursuit of justice.

Directors Don Hall and Chris Williams along with an army of animators have created a fantastic-looking world for these characters. Big Hero 6 is the first Disney animated feature based on a Marvel property, and it’s both the strangest choice and the perfect one. Blending super-powered heroics with kid-friendly action and an ethnically-diverse cast, it has something for everybody to love. Based on a manga-influenced miniseries, Disney has made some significant changes in the transition to the screen, but it still honors its Japanese roots. While there are plenty of laughs to be found, mostly through the constantly-bumbling Baymax, there’s also a serious journey of self-discovery that Hiro must endure. Learning to cope with loss, making new friends and using his genius for good are all lessons Hiro must learn. Rated PG. Opens Nov. 7, 2014.