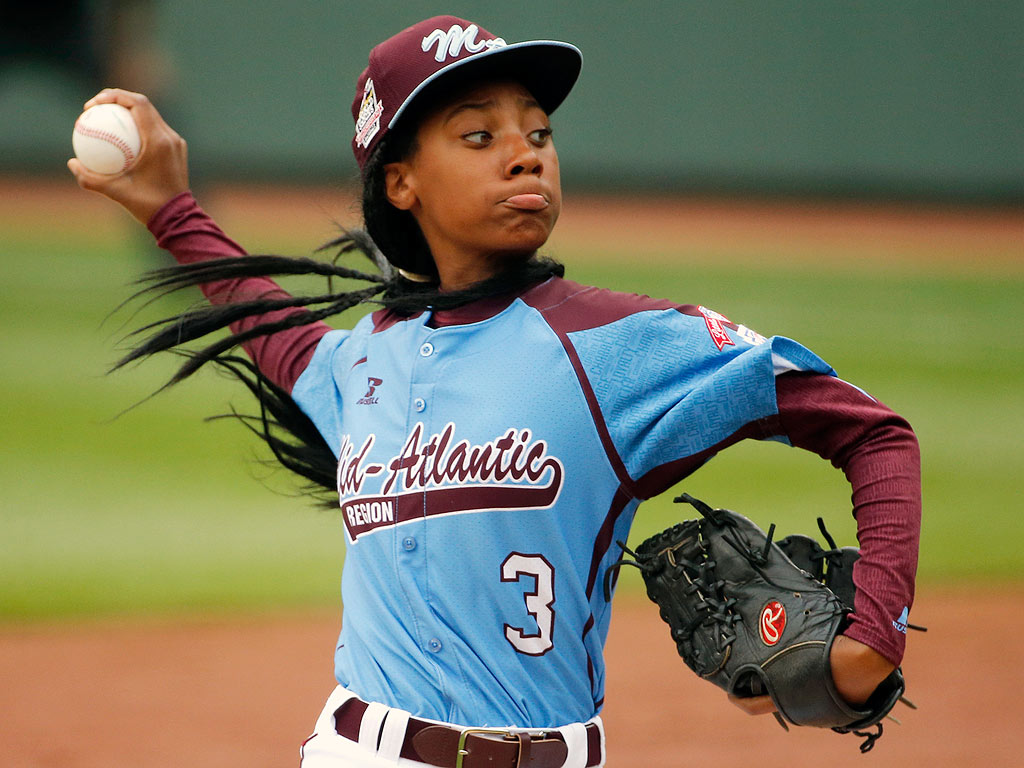 Mo’ne Davis, a Little League Baseball pitcher from Philadelphia, was the first girl to earn a win and to pitch a shutout in Little League World Series history. (Photo: People)

Dr. Matthew Silvis, medical director for primary care sports medicine at Penn State Hershey, said specialization is a big reason why. “It has been a kind of societal thing that kids are specializing in one sport at the exclusion of others at a younger age,” he said. “The specialization is often driven by parents who believe that their child has to start early and stay serious in order to get a scholarship or be the best.”

“The reality of it is that a lot of college and professional athletes did not specialize when they were younger,” Silvis said. “They were just really good at sports in general.”

“One of the best pieces of advice I can give to parents and young athletes is to do multiple activities,” he said. “It’s much better to stay diversified.”

Education on how to prevent and recognize overuse injuries is key.

“So much of it is blamed on growing pains,” Silvis said. “But it’s not all just that.”

Unlike a trauma injury, which results in immediate pain that affects an athlete’s ability to participate right away, overuse injuries don’t typically get diagnosed or treated as soon as they should. “The pain starts gradually, maybe as an ache, maybe lasting longer and longer after the activity is finished. Eventually, it starts to interfere with participation,” he said.

Lack of a direct injury, stiffness or aching during training and competition, point tenderness, visible swelling and missed training sessions due to pain are signs that can point to overuse injuries.

Surgical options to repair such injuries with younger athletes are limited because of their open growth plates, Silvis said. Surgical fixes can also lead to the potential for future arthritis.

He said USA Youth Baseball is a great example of an organization that is offering well-thought-out recommendations and guidelines to decrease the likelihood of overuse injuries.

Applications for mobile devices such as Throw Like a Pro through the iTunes Store can calculate how many pitches and rest days an athlete should have based on his or her age. It also offers tips for pre-season preparation and pre-game warm-ups.

“It’s not so much access to information, but listening to it,” Silvis said. “If a kid ends up getting burned out or injured, they are no longer having fun. We all need to remember that the number one reason kids play sports is to have fun.”