The renovated Springfield Town Center in Springfield, Va. opened Oct. 17 after about two years. Hundreds of people began gathering at 4 a.m. for the 10 a.m. opening to get a peek inside the new shopping center that cost a reported $250 million. It replaces the old Springfield Mall, which opened in 1973 and had declined in recent years with many vacant store fronts as carjackings and gang violence became prevalent. 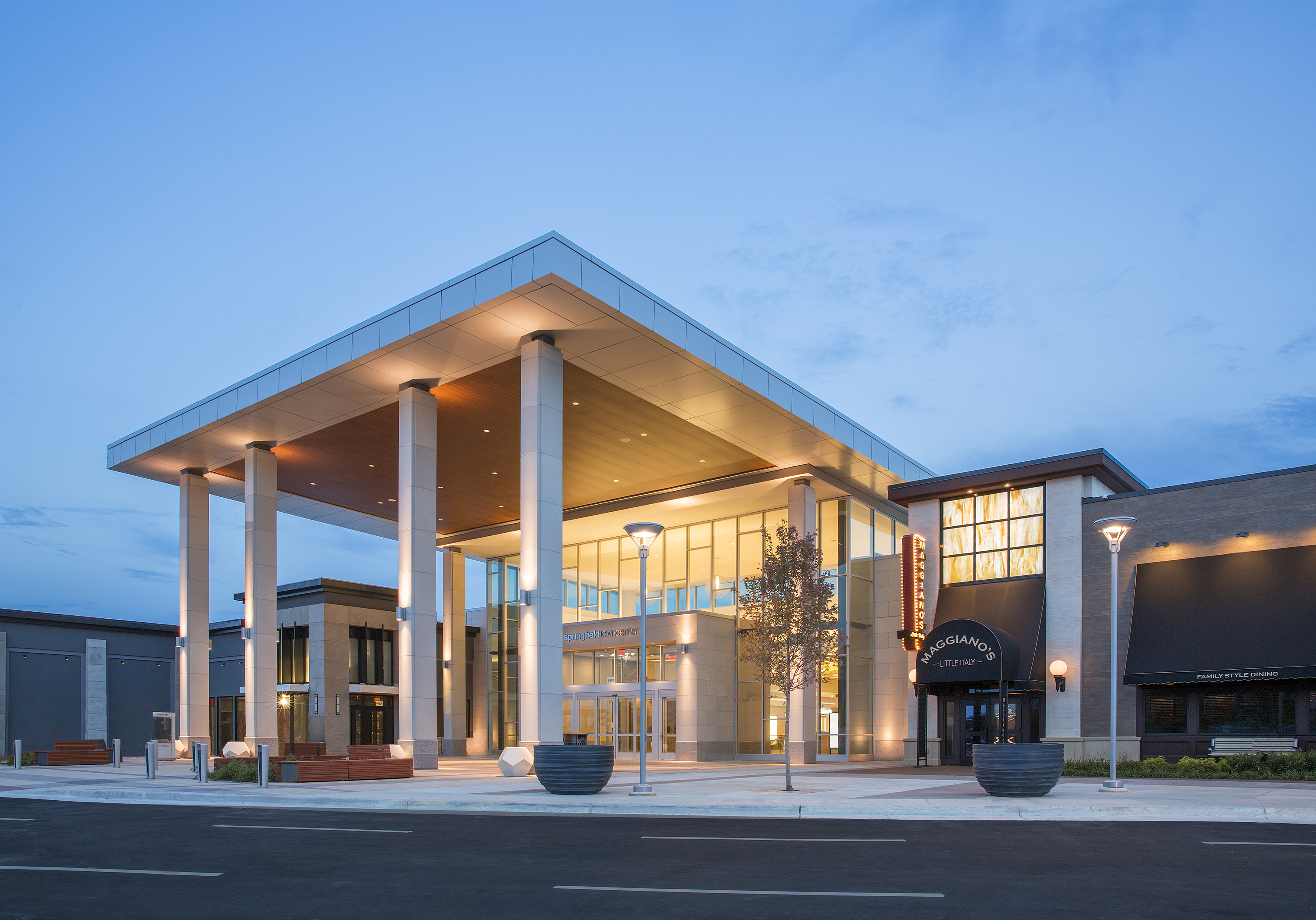 At the intersection of Interstate 95 and Franconia Road, the rebuilt 1.35 million square foot shopping center is still a mall despite the town center moniker. The first of four steps in a 10-year plan, the mall will bring 3,000 new jobs and the town center will also include de as many as 2,700 apartments, 450 hotel rooms and 1 million square feet of office space to the 78-acre site. The new mall is reminiscent of Tysons Galleria with a new grand entrance, wifi, open and high ceilings, huge skylights, a glass elevator and the most popular chains.

The anchor stores – JC Penney, Macy’s and Target, which own their buildings – remained open during the renovation. The new mall boasts trendy new upscale stores, like the DMV’s first Topshop from the trendy U.K. fashion retailer, SuiteBlanco, the lightly pricier alternative to H&M (which also has a store in the mall), Michael Kors, Torrid, J Crew, Sephora and a Dick’s Sporting Goods. There’s also a new 12-screen Regal movie theater with a bar and fully reclining, electric seats. 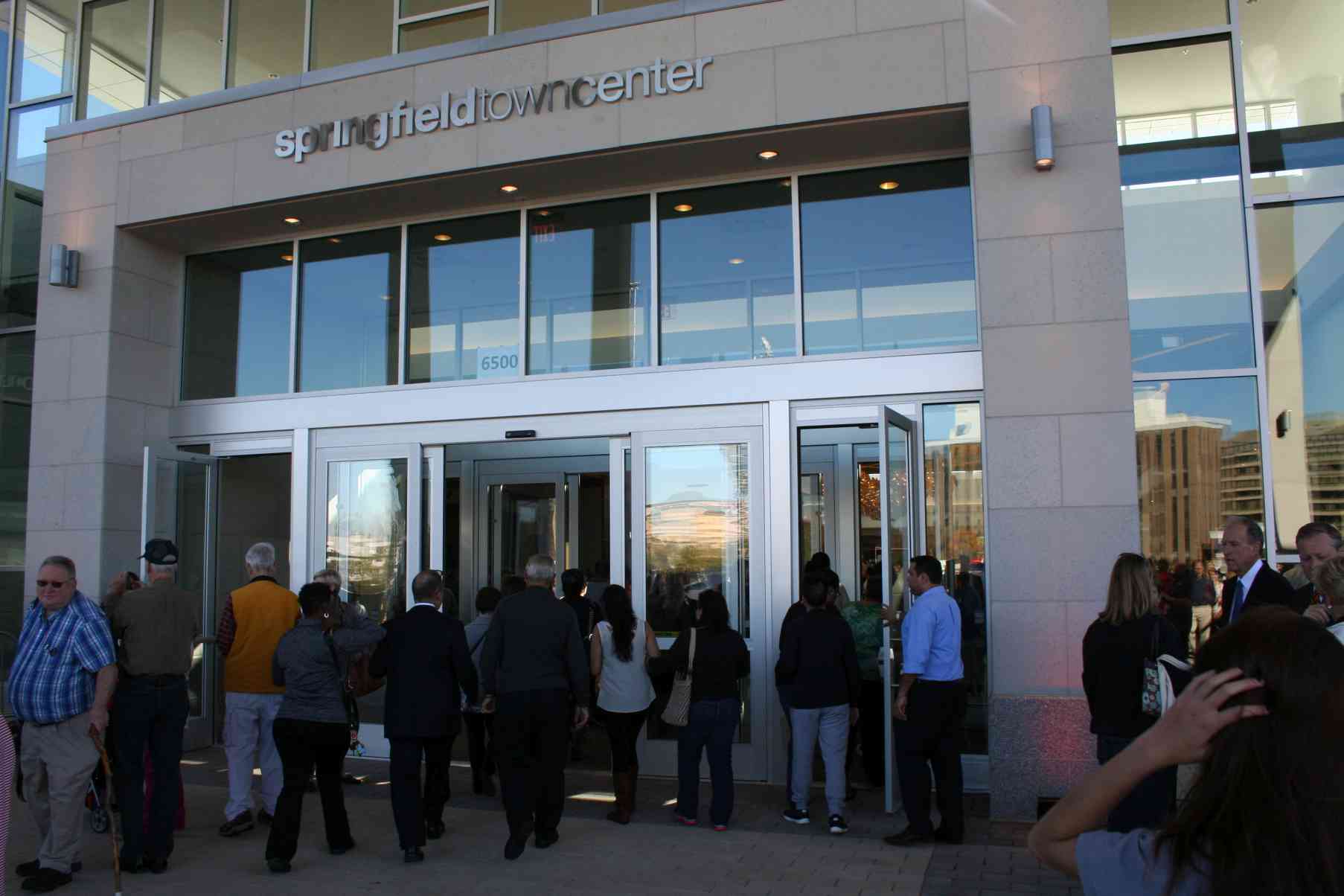 Hundred of shoppers stream into the new mall after the ribbon cutting. (Photo: Mark Heckathorn/DC on Heels) 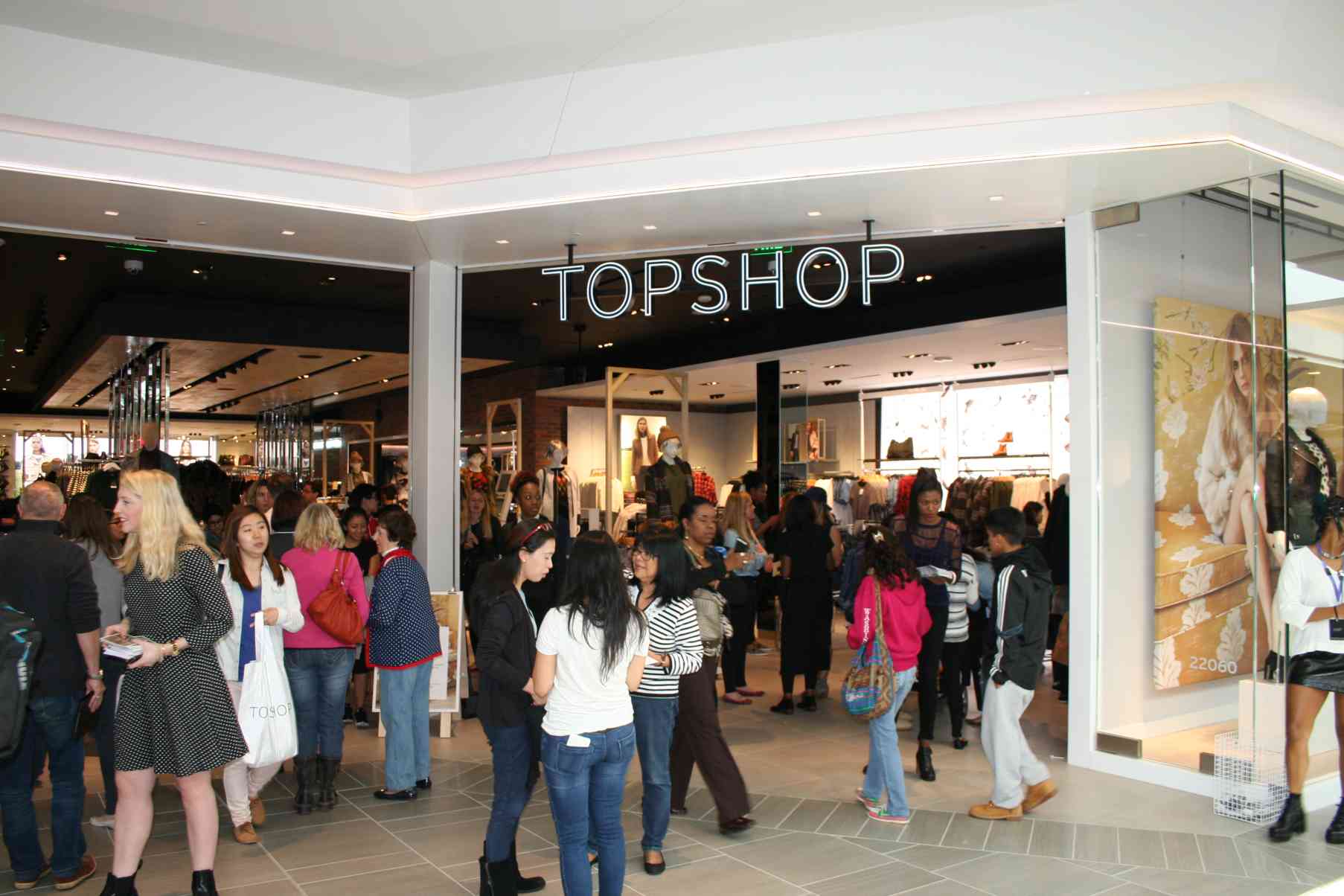 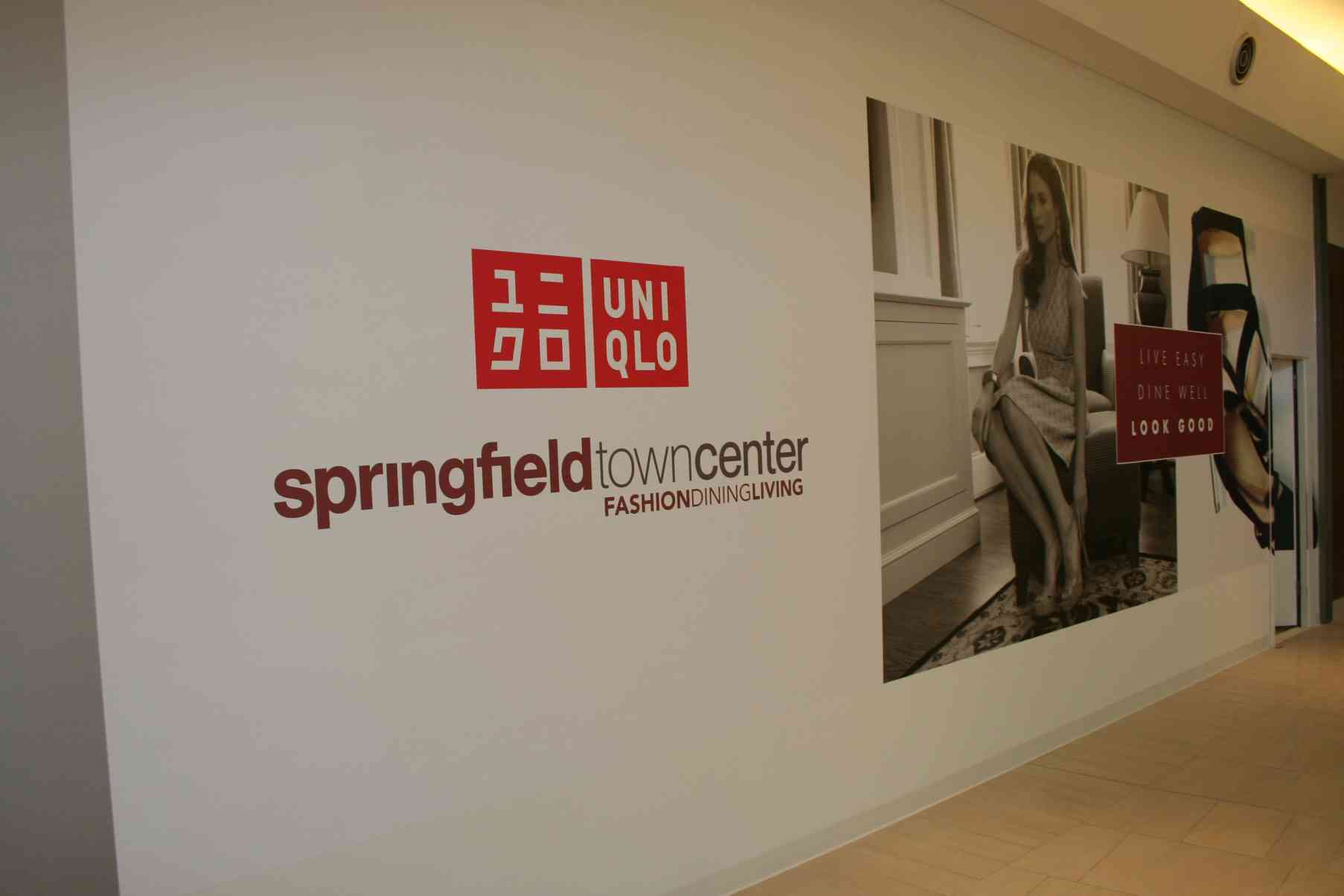 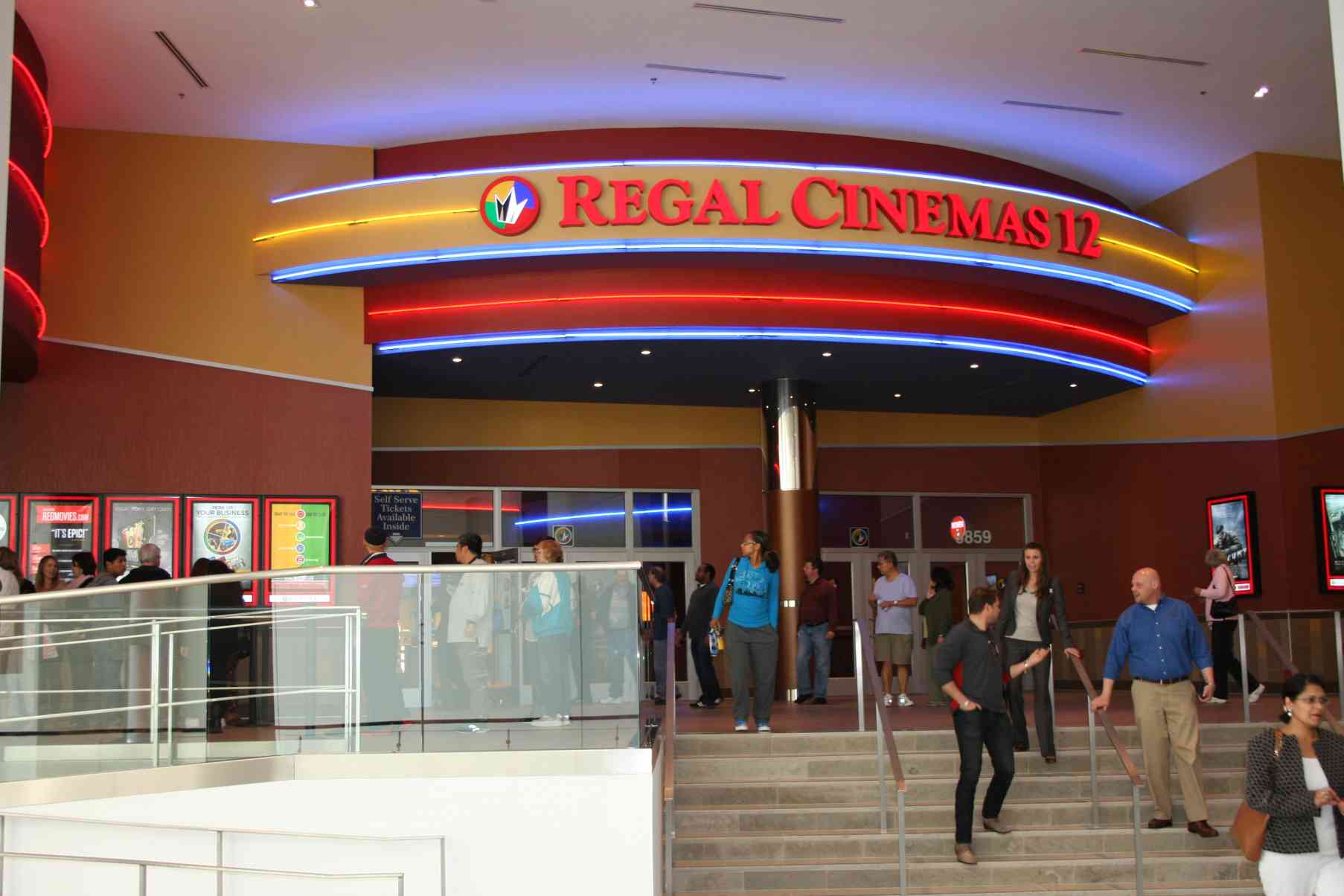 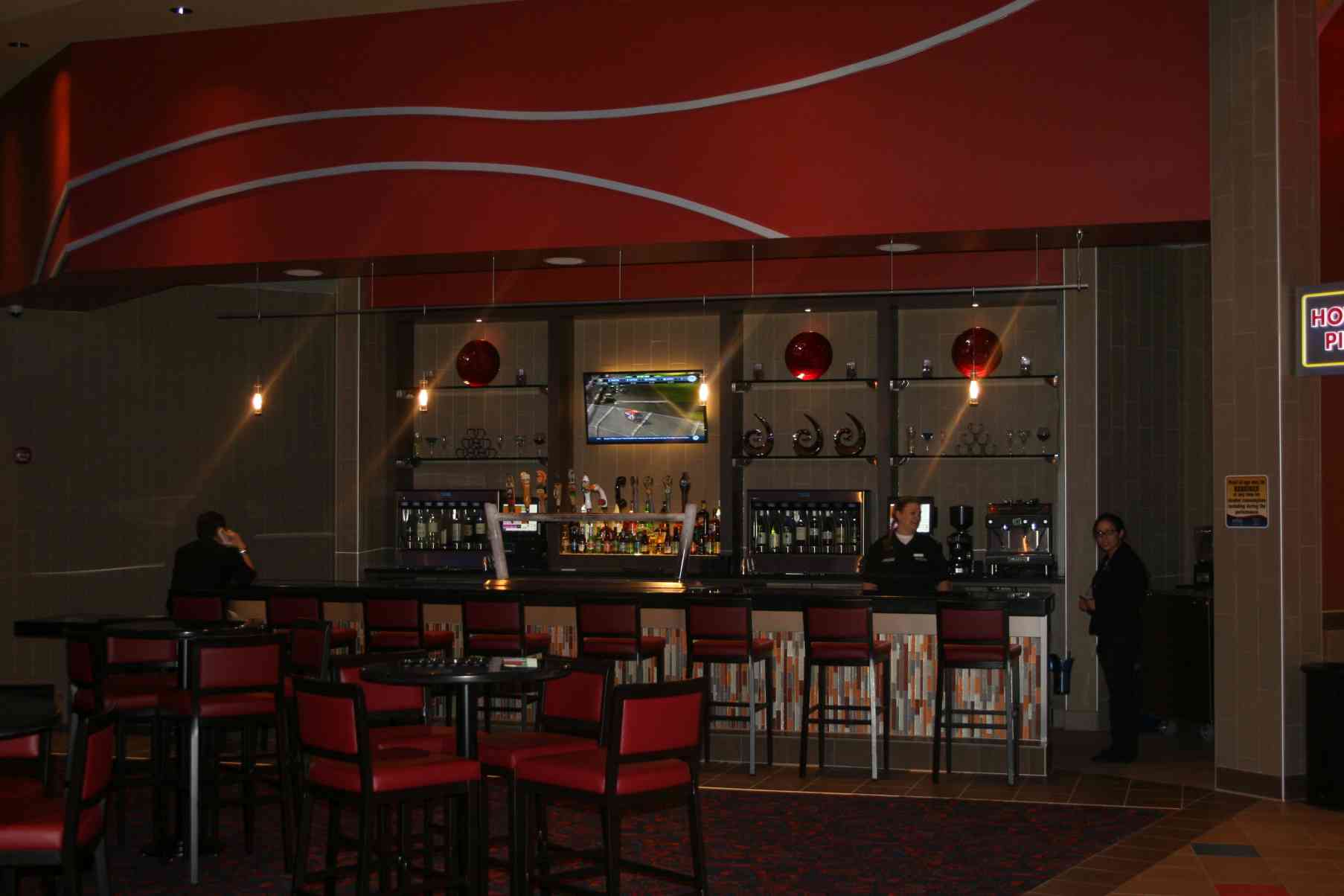 The bar at the Regal Cinema 12. (Photo: Mark Heckathorn/DC on Heels)

The mall is about 82 percent leased with 60 stores open and the rest set to open this year or early 2015. There will also eventually a Uniqlo, the Japanese clothing brand and the first U.S. location for F&F, the clothing line from British grocery giant Tesco.

There’s also a new food court, although only Panda Express and Sarku were the only two eateries open so far. Eventually, there will also be a Hard Times Café, Chipotle and Pholicious. 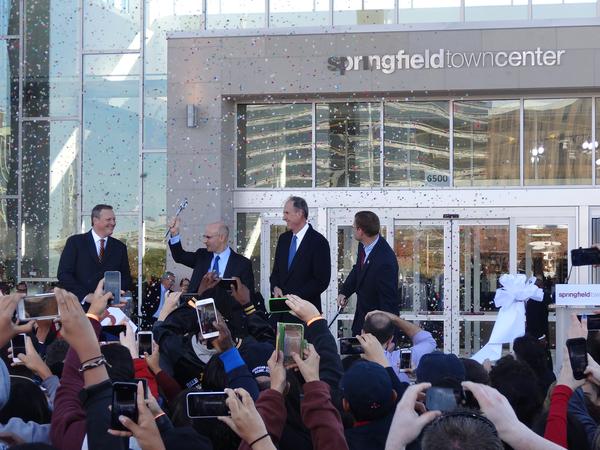 Mitchell Schear of Vornado joins other officials to cut the ribbon on the Springfield Town Center as confetti flies. (Photo: Michael Neibauer)

“We made a big bet on the Springfield Town Center,” said Mitchell Schear, president of mall owner Vornado/Charles E. Smith. “To us, it was the single best redevelopment opportunity opportunity in America.”