Fall May Be Here, But There’s Plenty on Tap

It may be autumn in the DMV, but there are still many events to fill your weekend. If you don’t see anything below, there are several farms to go pumpkin picking and haunted houses and fields are starting to open up for their annual Halloween freight fest. And, if the weather keeps you inside, the remodeled Springfield Town Center in Springfield, Va., reopens at 10 a.m. after more than a year, with new stores and restaurants including Maggiano’s Little Italy.

This weekend, Orange, Silver, Blue, Green and Yellow line trains will run every 16 minutes, rather than every 12 minutes. On the Red Line, trains will operate every 10 minutes, but the Brookland and Takoma stations and Fort Totten platform will be closed starting at 12:01 a.m. Saturday. Buses will replace trains between the stations. The last Red Line train will depart Glenmont to Silver Spring 40 minutes earlier than normal. On Friday and Saturday nights, the last train will leave Glenmont at 1:57 a.m. On Sunday, the last train will leave at 10:57 p.m. Shuttle buses will replace trins between Rhode Island Avenue and Silver Spring. Passengers should add 25 minutes of travel time on the express bus between Rhode Island Avenue and Silver Spring. Riders should add an extra 15 minutes per station for buses making stops at Bookland, Fort Totten and Takmoa. 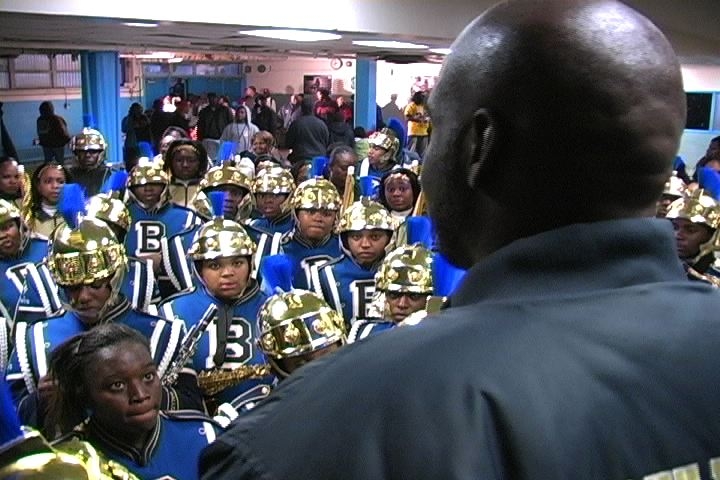 From the heart of Anacostia to a national band competition, follow a year in the life of Ballou High School’s acclaimed marching band as they uplift the community with music, dedication, and personal sacrifice. Saturday at 2:30 p.m. (Photo: Decade of Docs in Our City)

Decades of Docs in Our City

This weekend, the two-day Decade of Docs in Our City will screen 12 short and feature-length documentaries, all of which tell stories based in the D.C. area. Films include Chinatown, about efforts to preserve the character and heritage of the neighborhood that go further than Hooters putting Chines on its sign; Ballou, which follows a local high school’s marching band for a year; and the D.C. premier of Transcending Surgeon, about Dr. Edward Cornwell III, a D.C. native who is surgeon-in-chief at Howard University Hospital.

Oct. 18 and 19 at various time at the U.S. Naval Heritage Center Burke Theatre, 701 Pennsylvania Ave. NW. Individual movie tickets cost $15 and all-access festival passes are $75 online or at the door.

Union Market brings back its drive-in series this fall. Friday night’s feature is Rushmore followed by Remember the Titans on Oct. 24 and a people’s choice Halloween edition on Oct. 31 with the film determined by audience vote on Facebook and Twitter between Edward Scissorhands, the Addams Family and Ghostbusters. This fall’s theme honors the idea of homecoming, featuring films that chronicle the highs and lows of the back-to-school season. The movies are shown in the parking lot and projected on the front wall. All 40 of the markets vendors will be open during the films with D.C. Rollergirls delivering snacks and drinks. Timber Pizza Co. will be on hand selling pizza. On Halloween, there will also be indoor trick-or-treating, costume contests and drink specials.

Oct. 17 from 8 p.m.-midnight at the Hirshhorn Museum and Sculpture Garden, Independence Avenue and Seventh Street SW. Tickets are $25 online or at the door. 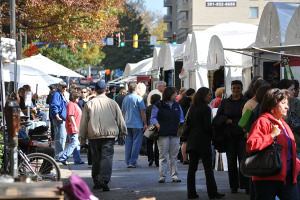 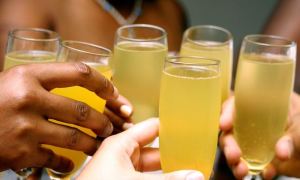 You don’t need a reason to drink a bunch of mimosas in Dupont Circle, but the D.C. Mimosa March is a good one. This brunch bar crawl, which starts at your choice of Buffalo Billiards or Irish Whiskey, includes six champagne and orange juice variations and food specials along the way. Other participating bars include Science Club, Madhatter, The Front Page and The Gryphon. A ticket includes cover charges, food specials, specials on mimosas (first include at each bar) and photos. A portion of the proceeds will go to Stand Up For Kids charity.

Final Block Party at The Lot 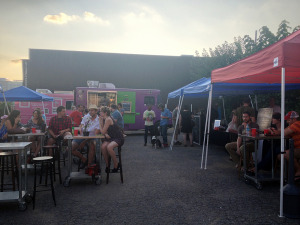 Fall is here so this Saturday is the last of Union Kitchen’s block parties at The Lot at Atlantic Plumbing. (Photo: Union Kitchen)

All good things must come to an end, especially when those things are outdoors and it’s mid-October. Saturday marks Union Kitchen’s last free Block Party at The Lot concert on Florida Avenue this year, with music from local bands Title Tracks, The Sea Life and Stronger Sex. As usual, there will be plenty of food and drinks for sale at this all-ages block party. 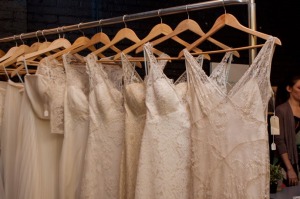 The Toasted D.C. Wedding Expo promises to be different than most bridal shows, with independent artisans, offbeat wedding ideas, eco-friendly goods and a party atmosphere. It is a fresh wedding event for savvy, free-spirited, indie-minded couples seeking a more personal, more unique and more whimsical experience while planning their nuptials. It combines an eclectic array of more than 50 independent artisans, alternative and offbeat wedding ideas, handcrafted and eco-friendly goods and a party-like mood. There will be food bites and tastings, musical performances, goodie Bags, raffles and tons of prizes. But you won’t find gratuitous amounts of tulle and polyester.