Twentieth Century Fox’s Gone Girl was able to hold off four major newcomers last weekend to remain in first place with $26.41 million. The critically acclaimed David Fincher directed film starring Ben Affleck held up extremely well last weekend, as it was down just 30 percent from the previous weekend’s stronger than expected start. Gone Girl is benefiting from strong word of mouth, strong critical reviews and from skewing heavily towards older moviegoers. The film also received an added boost last weekend from expanding into an additional 270 locations. Gone Girl has grossed an impressive $77.89 million through 10 days. 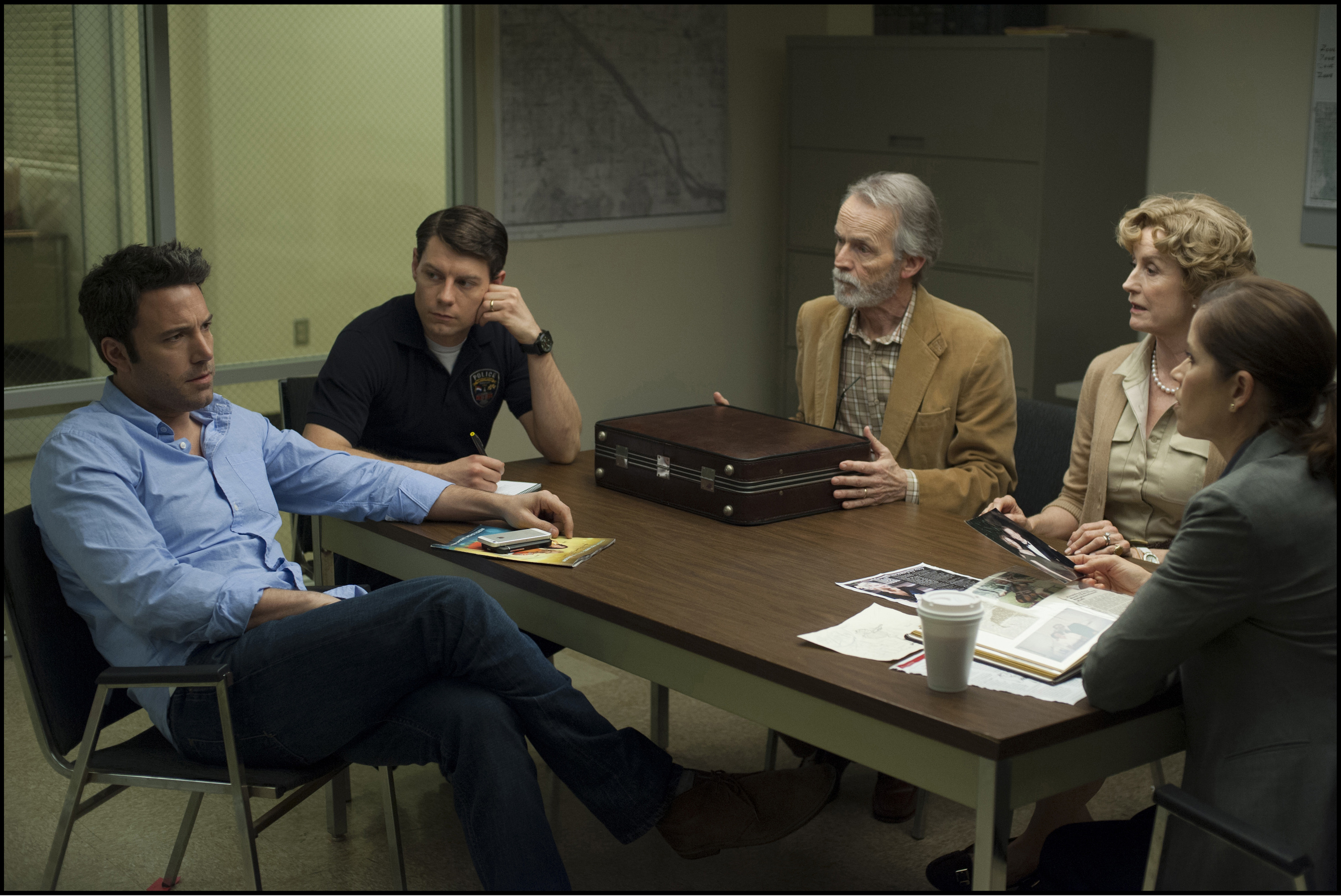 Nick Dunne (Ben Affleck, left) is question about the disappearance of his wife Amy by detectives while his in-laws look on.
(Photo: Merrick Morton/Twentieth Century Fox)

Dracula Untold was the weekend’s top new release with a second place start of $23.51 million. Universal Pictures’ action horror film starring Luke Evans exceeded pre-release expectations and represented a rebound for action horror after the poor performance of I, Frankenstein back in January. Coming on the heels of last weekend’s stronger than expected performance of Annabelle, audiences are clearly in the mood for horror themed fair at the moment. Universal Pictures will hope to ride that wave again later in the month when it releases Ouijaon on Oct. 24.

While it had to settle for third place last weekend, Alexander and the Terrible, Horrible, No Good, Very Bad Day was off to a very solid start of its own, especially with its modest cost in mind, with $18.36 million. The family film from Disney Entertainment starring Steve Carell and Jennifer Garner opened in line with expectations. Alexander opened 17 percent below the $22.13 million debut of 2010’s Diary of a Wimpy Kid, but going forward could very well display stronger holding power in comparison.

Fellow new release The Judge debuted in fifth place with $13.12 million. The Robert Downey Jr. led drama opened on the low end of expectations. Despite the drawing power of Downey, potential for The Judge was ultimately limited in part by lackluster critical reviews and in part by the break-out performance of Gone Girl with older moviegoers.

Fellow Warner Bros. Studios’ release Annabelle claimed fourth place with $15.86 million. On the heels of the previous weekend’s stronger than expected start, the low-budget spin-off to The Conjuring was down 57 percent from the previous weekend. While that was a sizable second weekend decline, it was also still a respectable decline given the film’s genre, its strong start and the stronger than anticipated performance of Dracula Untold. Annabelle has grossed an impressive $61.65 million in 10 days.

In its third weekend of release, Sony’s The Equalizer placed in sixth with $9.70 million. The Denzel Washington led action thriller fell 48 percent from the previous weekend, as the film continues to be somewhat front-loaded thus far. With that said, The Equalizer is still performing in line with its lofty expectations with a 17-day take of $79.86 million and is still very likely to surpass the $100 million domestic milestone before the end of its run.

Addicted opened in seventh place with $7.49 million. The low-budget thriller from Lionsgate and Codeblack Films performed reasonably well, especially given that it was only playing in 846 locations last weekend. That gave Addicted a healthy per-location average of $8,848 for the period. Lionsgate will expand the film into additional locations next weekend.