It’s Columbus Day weekend and many people – especially government workers – will have a long weekend. It’s a perfect time to celebrate with a festival and the DMV has plenty to choose from – film festivals, arts festivals, food festivals, neighborhood festivals … even a coming out festival. Also, the Army Ten-Miler takes place on Sunday morning, so if you’re traveling from the District to Virginia or vice versa, expect some road closures.

On Metro, the Orange, Silver, Blue, Yellow and Green line trains will operate at regular weekend intervals, except at Landover and New Carollton stations on Saturday. Red Line trains will operate every 22 minutes and every 12 minutes between 9 a.m. and 9 p.m. between Grosvenor and NoMa-Gallaudet. Orange Line trains between Landover and New Carollton will operate very 20-25 minutes from 9 a.m.-9 p.m. Saturday. Meto will open at 5 a.m. on Sunday for customers traveling to the Army 10-Miler and will open at 5 a.m. and close at midnight on Monday, Columbus Day, but will operate on a weekend schedule running every 12 minutes. Parking at Metro lots and garages is free on Columbus Day. Off-peak fares will be in effect all day. 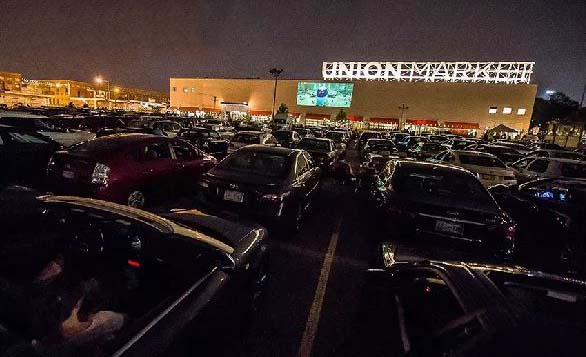 Union Market brings back its drive-in series this fall. The series kicks off with an outdoor screening of the 2013 Disney hit, Monsters University followed by Rushmore on Oct. 17, Remember the Titans on Oct. 24 and a people’s choice Halloween edition on Oct. 31 with the film determined by audience vote on Facebook and Twitter between Edward Scissorhands, the Addams Family and Ghostbusters. This fall’s theme honors the idea of homecoming, featuring films that chronicle the highs and lows of the back-to-school season. The movies are shown in the parking lot and projected on the front wall. All 40 of the markets vendors will be open during the films with D.C. Rollergirls delivering snacks and drinks. Timber Pizza Co. will be on hand selling pizza. On Halloween, there will also be indoor trick-or-treating, costume contests and drink specials. 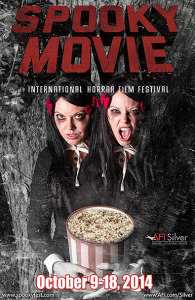 It’s time to gear up for All Hallows’ Eve by scaring the pants off yourself, and the AFI Silver Theater is here to help with this 10-day Spooky Movie International Horror Film Festival. It opened Thursday with V/H/S Viral, the third entry in the found-footage franchise. Other films will have director Q&As and most movies, like horror-comedy Suburban Gothic will be preceded by shorts for that extra scare. This is also a chance to see how other countries do horror, as the festival includes films from Brazil, Singapore and our terrifying neighbor to the north, Canada. Friday’s screenings include Exists at 7:10 p.m. and Call Girl of Cthulhu at 9:45 p.m. Saturday’s films include A Girl Walks Home Alone at Night at 4:30 p.m., Suburban Gothic at 7:10 p.m. and The Babadook at 9:45 p.m. One Sunday, screening include The Bone Garden at 4:30 p.m., Teenage Ghost Punk at 7:10 p.m. and Afterimages at 9:30 p.m. 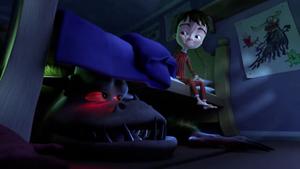 The Reel Independent Film Extravaganza accepts films from around the world, but considers promoting D.C.-area films and filmmakers part of its core mission. At 7 p.m. on Sunday, the DMV Producer’s Association will show short films produced and directed by filmmakers hailing from the DMV ranging from comedy to experimental to through provoking drama. 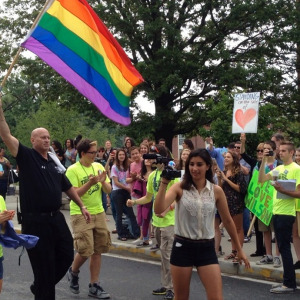 National Coming Out Day is an internationally observed civil awareness day to celebrate coming out and to raise awareness of the LGBTQ+ and civil rights movement. The day was founded in 1988 by Robert Eichberg, a psychologist from New Mexico, and Jean O’Leary, an openly gay political leader from Los Angeles. The date was chosen because it was the anniversary of the 1987 National March on Washington for Lesbian and Gay Rights.

Oct. 11 from noon to 3 p.m. at the Washington Monument, 900 Ohio Drive SW. Admission is FREE! Wear a red shirt and enjoy the day. 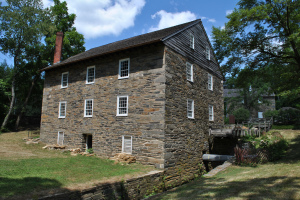 Take a journey back to the 19th century Pierce Mill as you watch the millstone turn corn into cornmeal, view old-fashioned open hearth cooking including fruit turnovers that are cooked in a skillet, and try your hand at the hand-cranked cider press making cider the old-fashioned way from 11 a.m.-2 p.m. Other events at the visitor center all day include children’s games, a self-guided treasure hunt, water flow and gravity toys, corn husk doll making and guided tours of the mill. 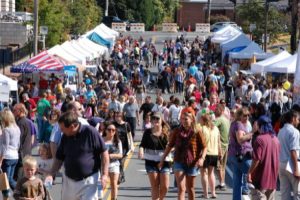 Oct. 11 from 10 a.m.-5 p.m (raindate is Oct. 12) along George Mason Boulevard between City Hall and North Street and between Chain Bridge Road and East Street. Admission is FREE! There is a charge for the amusement rides.

Columbia Heights Day is back for its eighth year. The neighborhood highlights the local businesses and artists, and it has activities to entertain all ages ranging from eating contests, local musicians, a dunk tank, face painter, moon bounce, family fun field day and an adult tricycle race. ET: The Extra Terrestrial will be shown free at 7 p.m. at Harriet Tubman Elementary School’s yard.

Nosh on a little bit of everything Washington has to offer at the Taste of D.C., which takes up five downtown blocks. More than 40 restaurants and food trucks will be serving dishes at the event. As a bonus, on Saturday, you can watch hot dog-eating champion Joey Chestnut compete in a Ben’s Chili Bowl chili-eating contest. There will also be two stages with about 20 bands. Proceeds benefit the Capital Area Food Bank. 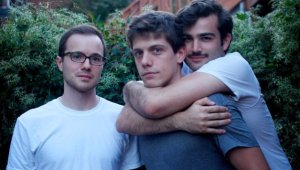 Teen Mom will be among the bands performing at the Autumn Spectacular benefiting Guitars Not Guns. (Photo: D.C. Music Download)

Four local bands – Teen Mom, The Sea Life, Lowercase Letters and Typefighter — take the stage at the Howard Theater to raise money for Guitars Not Guns, a local non-profit that provides free guitar instruction and instruments to area children. Local comic Andrew Bucket will be the emcee the fundraiser sponsored by D.C. Music Download and Raise Your City. There will also be giveaways from &pizza, live screen printing and art. 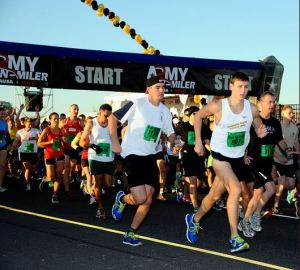 The Army Ten-Miler is back for its 30th year. The 35,000 runners can begin checking in at 5:20 a.m. with the Golden Knights Parachute Jump at 7:15 a.m. followed by the national anthem at 7:40 a.m., wounded warrior and wheelchair athletes start at 7:50 a.m. and the main race leaving at 8 a.m. From 8 a.m.-noon there are youth zone activities, music and vendors. The youth fun runs will be at 11:30 as will the awards ceremony. The race begins at the Pentagon, winds its way up to Arlington Cemetery, across to the Lincoln Memorial, up to the Watergate, down past the Kennedy Center, along Independence Avenue to the Air and Space museum, back to 14th Street SW then out Route 1 to Crystal city, back along Old Jefferson Davis Highway and ends at the Pentagon. You can see the race map here. There will be bands every two miles along the course.

Oct. 12 stepping off at 8 a.m. at the Pentagon. Registration if full. Admission is FREE! 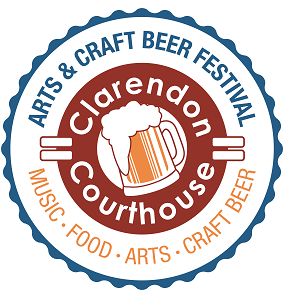 Oct. 12 from noon-7 p.m. at the Courthouse Metro lot near the courthouse in Arlington. Tickets are $35 in advance http://www.courthouse-festival.com/tickets/ online and includes admission, 12 tasting tickets and a 5.5 ounce commemorative tasting glass. General admission tickets are $10 at the door with drinks extra. Children 16 and under are FREE!