Vegans vs. Bacon This Weekend in the DMV

This weekend’s forecast is great with the vegans set to take on bacon in the DMV. (The D.C. VegFest is Saturday at The Yards while 500 feet away the Capitol Bacon Festival is on at the Half Street Fairgronds). There will be plenty of drinking to go along with Talk Like a Pirate Day, Oktoberfest at Heurich House and a local beerfest and concert at the Fillmore. Saturday is also the D.C. State Fair, the Bluebirds Blues Festival in Largo, The Big Build at the National Building Museum and comedian Wanda Sykes at Strathmore. 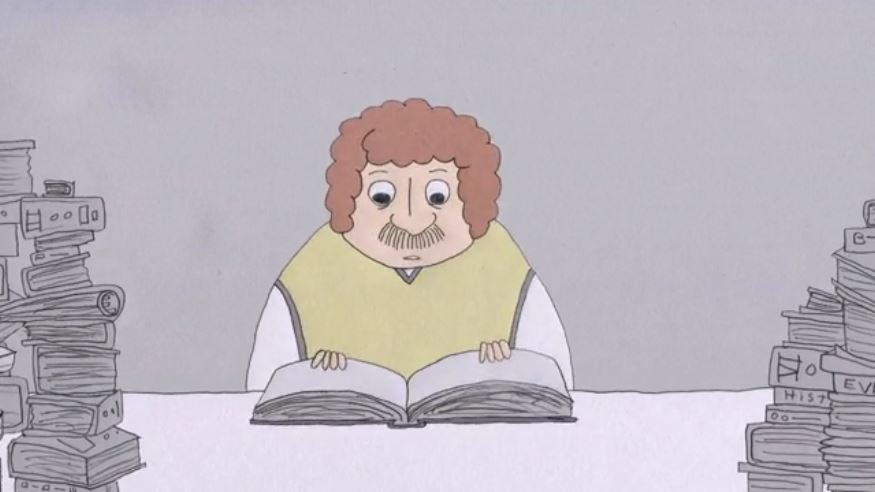 If you missed the first week of the annual D.C. Shorts Film Festival, don’t fret: The final weekend brings out the Best of DC Shorts. Host venues the U.S. Navy Memorial theater and the Angelika Film Center will each screen two different 90-minute showcases of the festival’s award winners and audience favorites, including outstanding animated short Yearbook, about a man tasked with writing the final pages of human history before the world ends. 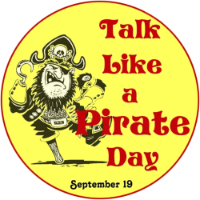 It’s Talk Like a Pirate Day in Arrrlington. (Graphic: Wikipedia)

In celebration of Talk Like a Pirate Day the Arlington outpost of Baltimore brewery Heavy Seas Ale will offer pirate-themed specials and swag leading up to its taking part in breaking the Guinness Book of World Records’ record for largest number of casks tapped at the same time. Heavy Seas and the other participating alehouses will tap Loose Cannon IPA, a first time release cask ale with grapefruit zest at 6 p.m. sharp. Diners get $1 off the Arrrrrlington Burger and can enjoy pirate-inspired menu items such as giant turkey legs.

Local beers and bands are on tap at the Fillmore. (Graphic: Fillmore)

Sept.19 starting at 6:30 p.m. at the Fillmore, 8656 Colesville Road, Silver Spring. Admission is $19 for admission only or $38 for admission and beer sampling online or at the door.

Kids can be a build at the National Building Museum’s Big Build. (Photo: Roarbots)

Be a builder for a day at The Build Build. Amateur builders young and old can discover what it’s like to build a brick wall, carve stone, hammer nails and much more as they work side by side with designers, builders and artisans demonstrating their skills. Meet plumbers, electricians, ironworkers, landscape architects, woodworkers and experts in many other fields to learn about their professions and hobbies. Help construct the World’s Tallest Toy out of Superstructs in the Great Hall and visit the truck “petting zoo” with a firetruck, garbage/recycling truck, cement mixer, cranes and more!

Arlington Festival of the Arts

The 2nd annual Arlington Festival of the Arts returns to Clarendon. Enjoy a weekend of true visual inspiration, as over 100 artists showcase their works including glass, mixed media, paintings, jewelry and pottery; providing all sorts of opportunities to appreciate – and purchase- art. The show is located on North Highland Street, which runs over Clarendon Blvd & Wilson Blvd.

Sept. 20 and 21 from 10 a.m.-5 p.m. along North Highland Street, which runs over Clarendon and Wilson Boulevards, in Clarendon. Admission is FREE! 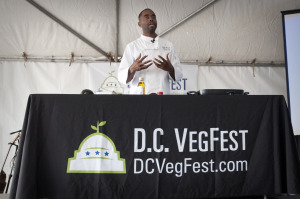 D.C. VegFest at The Yards include animal-free cooking demonstrations. (Photo: Compassion Over Killing)

Vegetarians and vegans rejoice – there’s a festival just for you. With free admission and free samples of local vegetarian and vegan food, D.C. VegFest is for those interested in eliminating animals from their diet. The first 1,000 attendees receive a free tote bag full of samples and coupons. There will be more than 100 vendors, a beer garden, live music, cooking demonstrations, presentations from authors and celebrities including Robin Quivers, Howard Stern’s smart and sassy sidekick, and a kids’ activity area. 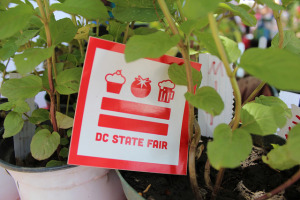 Who says you need to be a state to have a state fair? Not the organizers of the D.C. State Fair, which is entering its fifth year. Expect all the staples you’d expect at a fair, but with a D.C. spin. Contests include photography, kids’ art, honey, pie, ice cream, mason jar flower arrangements, funkiest –looking vegetable, longest vegetable, heaviest vegetable, heaviest fruit, pickled fruits, jam & jelly and ferment vegetable. There will also be a bevy of District-based baker, crafters and more. For the first time, there will be a biergarten at the fairgrounds from 3-7 p.m.selling D.C. Brau beer as well as Bourbon & Byrd, bourbon mixed with Runningbyrd Tea crafted at Union Kitchen, and other specialty cocktails/mocktails.

The 22nd annual Bluebird Blues Festival is back featuring Anthony “Swamp Dog” Clark and his Allstars, Fast Eddie and the Slowpokes, Hardway Connection, The Holms Brothers, The Jewels, Mahajibee Blue, Nadine Rae and the Allstars, Jeff Scott and Jesi Terrell performing on two stages. Children can participate in face painting, roving artists, tattoo art and many other events in Hallam Theatre. Food and craft vendors offer an array of unique items and cultural delicacies from around the world. Take your chairs and celebrate the blues! 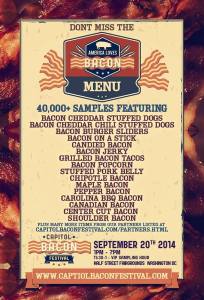 OK, so you like meat. In a twist of irony, you can walk a half block from D.C. VegFest and end up at the Capitol Bacon Festival, where vegetables are those wrapped in bacon or dipped in bacon grease. Dozens of the area’s top restaurants, food trucks and specialty vendors will be on hand featuring bacon sampling and full sized bacon cuisine, bacon confectionary delights, bacon eating contests, bacon cooking demonstrations, live music from some of the area’s top bands (who also love bacon), bacon cooking competitions, full service bars with beer, wine and liquor, a vendor village featuring various non-food bacon themed vendors and much more.

Sept. 20 from 1-7 p.m. at the Half Street Fairgrounds, 1299 Half St. SE. General admission tickets with three bacon sample tickets are $25 and VIP tickets, which include 10 bacon samples, early access, a VIP tent and VIP bar, official T-shirt and poster, are $65 online. 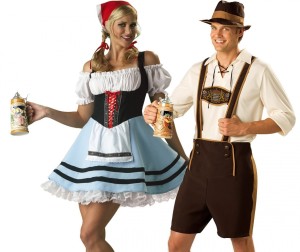 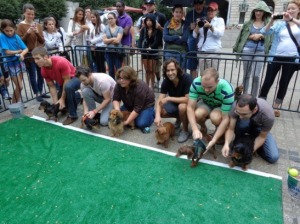 Dachshunds prepare to race at the 2013 Wiener 500. (Photo: ontaponline)

it’s time for the 3rd annual Wiener 500 Dachshund Dash to benefit the Washington Humane Society. Germany’s short legged canine ambassadors will help kick off Oktoberfest at the annual fundraiser. Over $500 in cash and prizes will be awarded. In addition to the races, there will be beer and bratwursts, music and contests for all breeds for best trick and best costume. 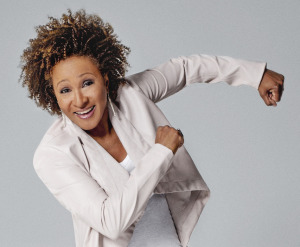 Comedian Wanda Sykes brings her stand-routine to Bethesda. Sykes began her stand-up career at a talent showcase in 1987 in the District. Since then, she went on to appear on popular shows Curb Your Enthusiasm and The New Adventures of Old Christine and two HBO stand-up specials. Sykes has also starred in her own television shows Wanda at Large and Wanda Does It as well as appearing in ﬁlms such as Evan Almighty.